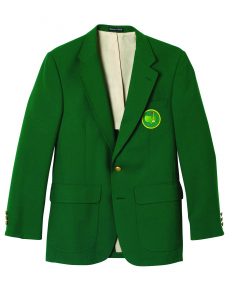 The Green Jacket is one of the most coveted trophies in all of sports. To get one, you must either win the Masters at Augusta National or be a member at Augusta National — one of the most exclusive golf clubs in the world. For three decades, Cincinnati-based Hamilton Tailoring Co. has made the traditional blazer. It uses wool fabric produced at the Victor Forstmann Inc. mill in the central Georgia town of Dublin. The company takes about a month to produce each blazer, which is fitted with custom brass buttons inscribed with the Augusta National logo. The owner’s name is stitched on a label inside. The shade of its brilliant rye green is Pantone 342. Here are a few other interesting facts about the glorious green garment.

Want a cool jacket? Simply win either of these prestigious upcoming golf tournaments. Or you can just purchase a replica on eBay for around $100.

When: April 15-21
Where: Harbour Town Golf Links, Hilton Head Island
Tickets: rbcheritage.com
TV: The Golf Channel and CBS
Our jacket: Like the Masters, our PGA Tour golf tournament also awards a jacket to its champion. Instead of green, the Heritage jacket is plaid. When organizers started the tournament over Thanksgiving weekend in 1969, there were no plaid jackets. Rather, tournament officials wore canary yellow jackets. That was changed a few years later when organizers were inspired by the famous 1790 golf print of Sir William Innes, who was captain of the Society of Golfers at Blackheath in Scotland, playing in a tartan jacket. 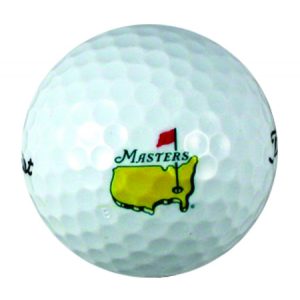 When: April 11-14
Where: Augusta National Golf Club; Augusta, Ga.
Tickets: Good luck. There are a limited number of tickets available, and those have been sold out for years. There’s a waiting list you can’t currently get on, and the number of tickets sold is secret. It is the second-most difficult ticket to get in sports behind the Super Bowl.
TV: CBS
Local connection: The Masters takes place one week before Hilton Head Island’s RBC Heritage (April 15-21). The winner of the Heritage also qualifies for the Masters the following year. Best of luck to 2018 Heritage champion Satoshi Kodaira!