Learn a few things while sipping on these cocktails 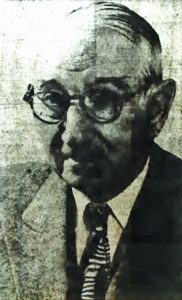 Ever wondered where the term mulligan came from? In the 1920s, a man named David Mulligan would be unsatisfied with his tee off and would simply re-hit it. He called it a “correction shot,” but his friends had a better idea — to name it after him. The term Old Fashioned has an interesting history as well. The cocktail dates back so far that no one can really track down its conception, but its name was dubbed in the 1880s by The Chicago Tribune. They called it this because of the many drinkers that would order this drink “the old-fashioned way.” Now 141 years later, it still bears the same name. When does it become an old Old Fashioned? 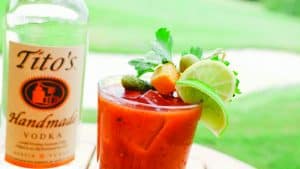 Directions [1] Add Tito’s Handmade Vodka, Bloody Mary mix and ice into a glass. [2] Stir and add garnishes of your choice. 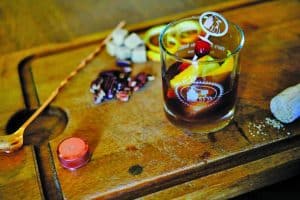 Directions [1] Muddle 1 or 2 sugar cubes and 3 dashes of bitters. [2] Add toasted pecan-infused Tito’s, orange peel and one large ice cube. [3] Stir and garnish with a cranberry.

Directions [1] Toast pecans in a 350-degree oven until they become aromatic (about 5 minutes). [2] Let pecans cool, drop them into a resealable jar, and fill with Tito’s Handmade Vodka. [3] Store in a cool, dark place for 1 month, if you can wait that long.