Tour a Palmetto Bluff stunner that tips its cap to the rich architectural tradition that made the Lowcountry famous.

With its distinctive red rooflines grazing the tops of the trees, the Palmetto Bluff home of Sebrina and Chris Leigh-Jones cuts a distinctively modern profile. Apart from all the crisp white newness of it, there is an intriguing freshness to the way its various slopes and dormers play with the traditional Lowcountry design.

But those with a trained eye may spot something familiar in the double-height porches of its front façade, something that harkens back to Bluffton’s pre-development era. That familiarity is very much by design.

“When we first came down here to build, I spotted a place on Calhoun Street called Seven Oaks,” said Chris Leigh-Jones. “That’s a very typical Lowcountry-style modest farmhouse, and I said, ‘That’s it.’ And we went for that.”

Working with architects Pearce Scott and Allison Bonner, Leigh-Jones took the basic A-frame construction of the iconic Seven Oaks house and put a modern spin on it.

“We started with Seven Oaks as a general inspiration,” said Scott. “One of the hallmarks of Lowcountry architecture is that it’s generational. You’ll have a house that was built 150 years ago, then 50 years later was added onto by another generation.”

By following that thread, Scott sought to recreate generations of improvements and renovations through his design. Tabby was used in the foundation to add old Bluffton flavor, while the owners’ bedroom was elevated and set off from the main design to emulate an addition that may have been added on at some point.

Evoking that sense of history was nothing new for Leigh-Jones, who has built his career on historic restoration in the Charleston area. In fact, much of the material for the home came from his work. Flooring from Star Gospel Mission, beadboard from a Spartanburg chapel and beams from a home on Charlotte Street all share space.

“I recycled a lot of materials, like the flooring in the house that was cut in the 1960s and sat in the back of a jail in Charleston,” said Leigh-Jones. “It’s like a middle-aged man’s face. A few marks make it look better.”

And while the antique materials and architecture inspired by an antebellum manor may add historic flair, at its heart this home is thoroughly modern. You’ll find contemporary sightlines in the open living space, a distinctive plunge pool just off the porch, and behind the walls you’ll find some cutting-edge materials.

Using structural insulated panels (SIPs), Leigh-Jones was able to insulate and build in a fraction of the time. “They’re very good for working in downtown Charleston in a tight urban space, because you can take all the labor offsite,” said Leigh-Jones.

Everything old is new again, and within this eye-catching Southern manor you’ll find that history has never looked more beautiful. 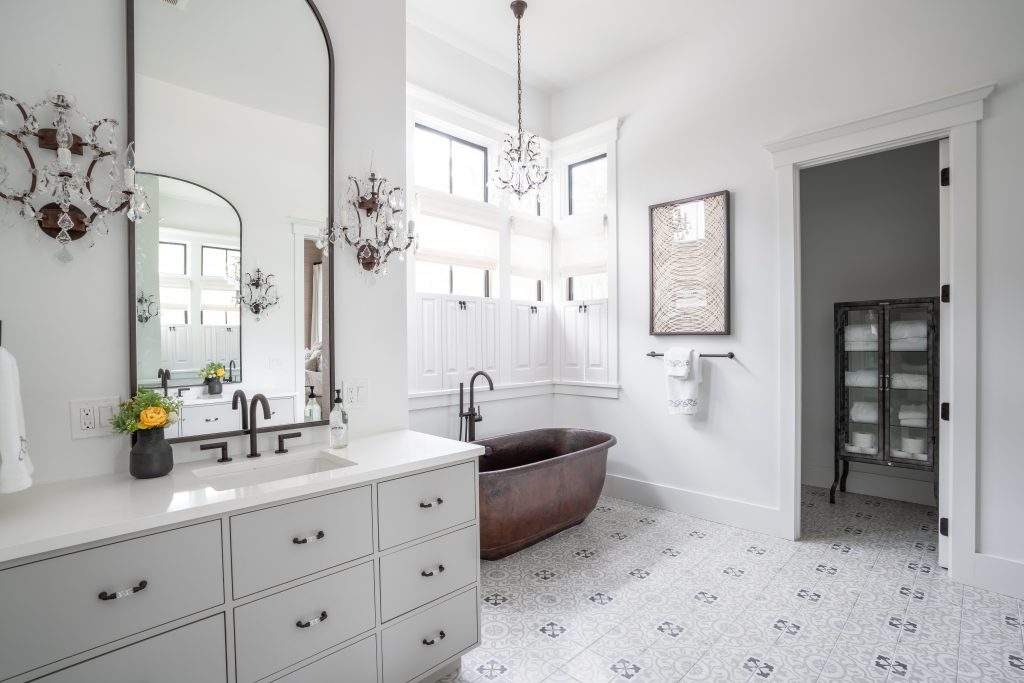