On an island defined by its beautiful homes, Gull Island is in a category all its own.

In trying to convey the majesty of a house like Gull Island, the greatest difficulty comes in knowing where to start. The whole of the property forms a Russian nesting doll of fascinating details and brilliant construction so endless that it becomes nearly impossible to convey the full weight of this home’s grandeur.

But for the sake of starting somewhere, we begin with the land itself. Tucked away on a secluded island ringed by tidal creeks, it rests comfortably in its own little world that just happens to be surrounded by a world-class resort. 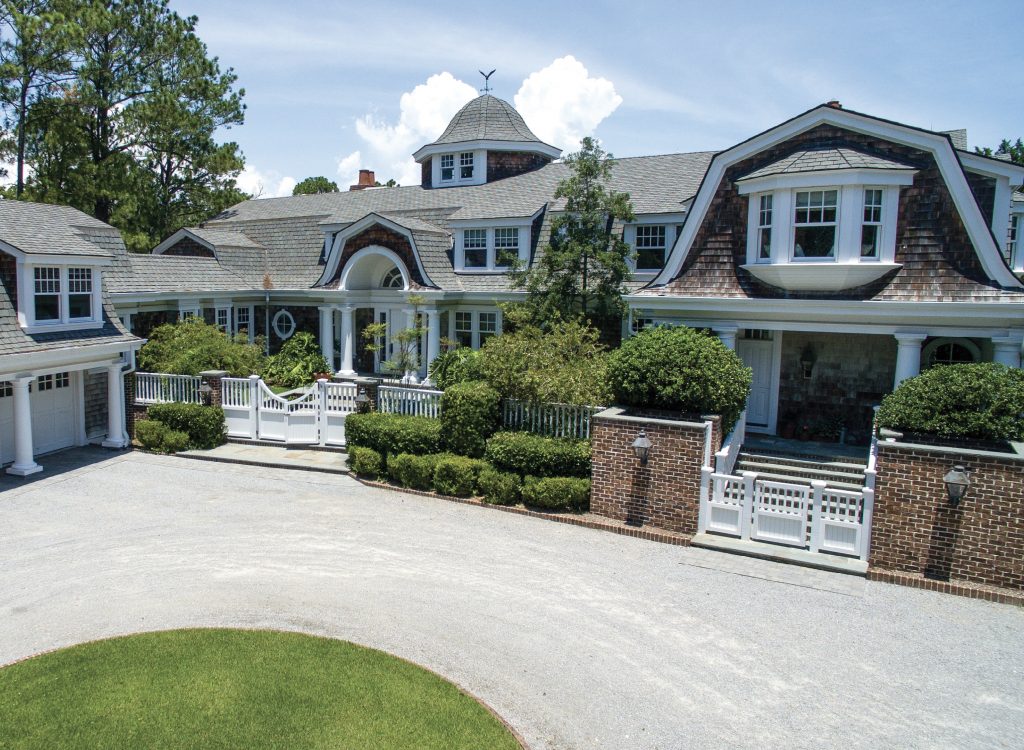 “That’s what’s so great about it,” said owner Dudley King, walking among undulating grassy berms with nothing but forest and marsh stretching to every side of him. “You can head out and be on the beach in a few minutes. You’re in the heart of Sea Pines and you never see anybody.”

That was part of the appeal when Charles Fraser first chose Gull Island for construction of a secluded office. The office was for his wife, and the island was then called Mary’s Island. Isolated enough for quiet contemplation, but close enough to be reached by bike, the island represented the ideal spot for Fraser to unwind as he built Sea Pines around this island. Eventually, the property fell into the hands of tennis legend Stan Smith, who nearly built here before choosing Spanish Wells for his home.

However, if it were just a miraculously secluded lot rich with history, Gull Island would not be nearly as impressive. Perhaps even more spectacular is the home that Dudley and Rita King built on the property, a stunning Cape-Cod manor that would rest comfortable alongside any of the great American mansions. Its tall sloping roofs and shingles evoke the 19th-Century extravagance of the northeastern gentry, but inside and out it exudes pure Lowcountry charm.

The outdoor spaces, resplendent with endless unobstructed views, continue the illusion that Gull Island is a secluded country estate. Wide patios stretch out to an outdoor kitchen, a vast pool deck with splash-down spa and zero-edge pool seems to blend right into the marsh, and winding trails lead off to a multi-story tree house set among the boughs of a live oak.

“Sitting out here you’re looking out at Bull Island,” said King. “When they do the Harbour Town fireworks, they park the barge right out there so we have the best view.”

The home’s interior carries a similar juxtaposition of old-world elegance and casual Lowcountry charm, such as the open kitchen with its exposed beams reclaimed from a centuries-old seawall at the bottom of the Savannah River. Despite being 20 years old, the kitchen looks like it could have been built yesterday, thanks to its refined Lowcountry rusticism. That motif carries elsewhere, dreamed up long before it became trendy by interior designer Denise Stringer.

“Working with Dudley and Rita I was trying to do more of a classic design,” said Stringer. “It needed to be very functional for their expanded family, so we needed to be practical, relaxed and timeless so it didn’t date quickly. It still looks very classic.”

“This started at the other house, and it took over closet after closet,” King said, walking among racks of wine.

Ultimately the charm of Gull Island lies beyond its island-within-an-island seclusion and beyond its architecturally brilliant walls. Charles Fraser lived here. Stan Smith lived here. And on this spot, Dudley and Rita King built a lavish Lowcountry home that will stand the test of time.”