Hilton Head’s population has an incredible number of success stories to tell. Most of them are attached to long resumes that list positions and extensive worldwide experiences. Sometimes, the best stories are when you get to see how success unfolds from the beginning; when you can see its potential, as all of the elements that come with success form. It’s in those times, when you can sit on the sideline and watch a bright and promising career in the making; of what it can and will be, from its inception. 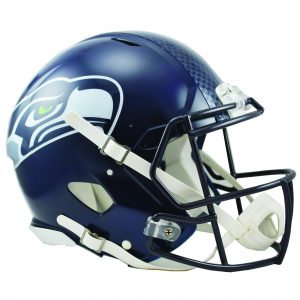 At first impression, Kaylon “Poona” Ford is a shy and unassuming person. He admits that he doesn’t enjoy talking about himself, sometimes twisting his hair to show it, but after some prodding and persistence, eventually, he comes around. Born into the cultural and generational legacy of Hilton Head’s Gullah community, he has deep family roots here. Nicknamed Poona by his grandmother, Cynthia Williams, who remembers that she nicknamed him Pooh Bear, because he was “always a fat baby.” As he aged, the shortened version, of Poona stuck with him.

By the time he was 6 years old, Poona knew that as a Hilton Head Gator, he wanted to play football as a defensive tackle. “I always dreamed of playing in the NFL. I just didn’t know for who,” he said. Surrounded by a big family and an island that has watched him grow as a player, Poona is grounded in strong family values and character.

The 2014 graduate of Hilton Head High School set several school records and was named the All-Area Defensive Player of the Year. Former high school coach, Tim Singleton, remembers Poona as “a special kid with special talents. What fascinates me is that he’s a gentle giant.” On the field, “he’s the perfect quiet storm. He can wreak havoc, but you won’t know that he’s coming. I’m very proud to be associated with a small part of his success.”

After fielding offers from several universities, he played for the University of Texas Longhorns. After majoring in Youth & Community Studies, his collegiate career on the field showed that he’s an impressive run defender, ending his senior year with several awards and recognitions, including the 2017 Big 12 Conference Defensive Lineman of the Year.

Poona has demonstrated that he is a consistently strong player who has continued to improve his stats year after year. At 5’ 11” he’s considered short for a defensive tackle, but a player with “impressive instincts.”

Even though he wasn’t included in the draft, his impressive skills spoke for themselves and he received offers from the Seattle Seahawks and the San Francisco 49ers as a free agent. When Seattle contacted him for a top 30 visit, he decided to sign with the team in 2018.

In his initial year in the NFL, he made the active roster and played 11 games. Even though he didn’t play every game, he realized that “he had to stay focused until it was his turn to play.” When it was time for his first game against Chicago, he said, “I wasn’t nervous, because I was ready to play. At first, I was overthinking the season, then the game. Eventually I slowed down, which made me more effective and productive.”

When asked what pro players Poona looks up to, and what he aspires to achieve from their playing, he says that there are three defensive tackles with different skills that he respects: NY Giants Lawrence Taylor, Oakland Raiders Warren Sapp and Baltimore Ravens Ray Lewis.

Ford thinks that Lawrence Taylor is the “greatest,” still has his rookie trading card and watches Taylor’s highlight films “all of the time.” If he could, he would take his pass rushing ability.

He says that Ray Lewis has “my generation’s passion for the game” and tries to model what Lewis brings to the game. “He’s a smart player,” he says.

“Warren Sapp, well, he’s just a freak show.” Asked if he could take anything from Sapp, he says it would be his strength.

Self-described as “pretty smart” and with a lot of “strength,” Poona says it’s important to “always study the opponent and stay one step ahead.”

Last season was just the beginning for Poona, who finished the regular season with a grade of 90.3, which is high compared to other defensive tackles. He’s just beginning, but he sees his new NFL career “as a blessing. I’ve been playing a long time and it’s still fun. I’m still getting my feet wet and the game still isn’t second nature to me, but it will be soon. I’m continuing to work on my craft to make me play better.”

In his first off season, Poona is already thinking about giving back and staying connected to the island by sharing his thoughts about how important your dreams are with the kids at the local Boys and Girls Club. “Your dreams need you to put in the work, so never give up on them,” he says.

When asked what he would say today to a 6 year old Poona, he said, “have fun playing [football] and keep on going.” That’s great advice and from what we’ve seen so far, he is going to do just that. LL

“He’s a special kid with special talents. What fascinates me is that he’s a gentle giant.”