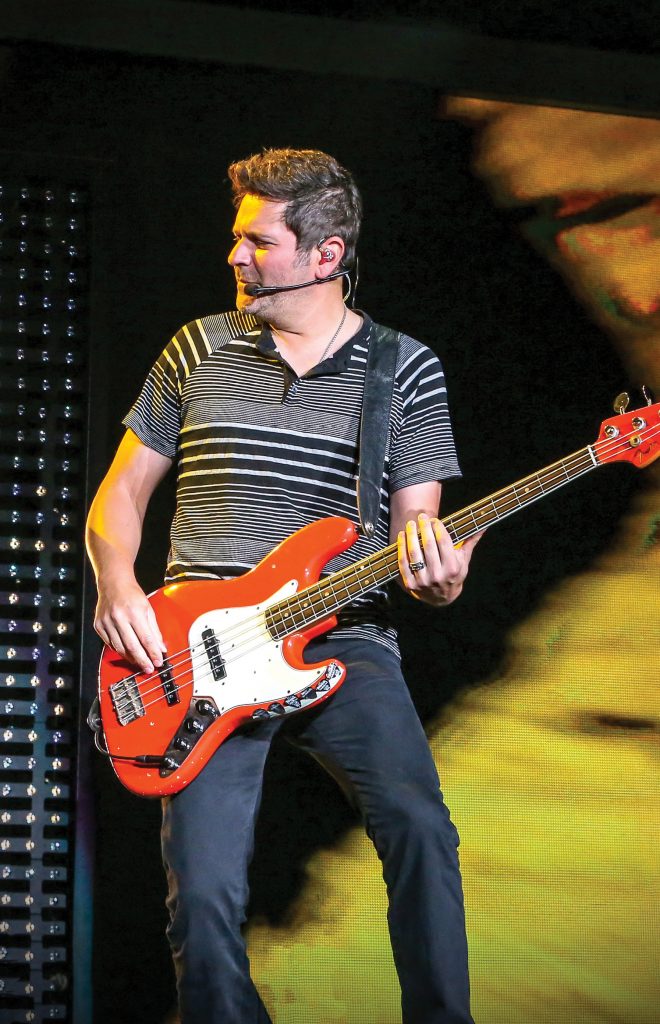 On the road or in his hometown of Nashville, Jay DeMarcus is a major force in country music. One third of the American country music band Rascal Flatts, he’s also a prolific producer who has worked with everyone from Reba McEntire to Lionel Richie.

But in the bars of Hilton Head Island, he enjoys an even greater claim to fame: honorary Simpson Brother. He first met the talented twosome during a visit to the Quarterdeck 15 years ago.

“We loved being able to go down there and enjoy them, then we just got to know them from frequenting the Quarterdeck,” DeMarcus said. Eventually, the Simpson Brothers invited DeMarcus on stage to sing a couple of songs, which led to them keeping a spare drum kit around for whenever DeMarcus was in town. “That’s been around 12-13 years now. It’s just kind of what we do whenever we come in. I’ll text (Brian) saying we’re coming to town, and he’ll say, ‘We’re playing here, here and here. Let me know what you can make and I’ll have the drums set up and ready for you,’ ” DeMarcus said.

The playlist features a mixed bag of songs for those fortuitous enough to be in the audience on those particular nights.

“I get to play that old stuff I grew up listening to with my dad,” he said. “It’s not like I have to go out and do a 25-song Rascal Flatts set. I get to have fun, play some of my favorite covers and chill out with some great dudes.”

That’s not to say the day job isn’t fun for DeMarcus. It’s hard not to enjoy your work when it involves criss-crossing the country and playing hits from an 18-year career as one of country music’s hottest acts. The band’s current “Back to Us” tour sees it sharing stages nationwide with Dan + Shay and Carly Pearce. “We’ve been having a ball,” DeMarcus said. “We laid low last year, doing maybe 20 or so shows, but we’re back full bore this year.”

For most, just being in an award-winning band like Rascal Flatts would be its own reward. DeMarcus, however, looks at country music stardom through the unique lens of what it allows him to do. In a career that has seen him get shelves full of CMT awards, AMA awards and a Grammy, he said his proudest accomplishment is Rascal Flatts’ relationship with Vanderbilt University’s Monroe Carell Jr. Children’s Hospital, which named its pediatric surgery center the Rascal Flatts Surgery Center.

DeMarcus said one of his personal highlights was not on stage, but rather from a fan in an autograph line.

“She said something I’ll never forget. She said, ‘Your music has been the soundtrack of my life. I got married to “Bless the Broken Road.” I’ve seen nieces and nephews play “My Wish” at their weddings. We take road trips to “Life is a Highway.” You helped me get through cancer with “Skin.”’ It really stopped me in my tracks because I’d never seen it from that point of view,” he said. “Music is such a powerful thing and can move people in so many ways. You never know in a studio when you’re recording a song what kind of life that music will take on and ultimately who it will reach and how it will hit them in that moment.”

And in between sets, he gets to enjoy his favorite vacation spot.

“My in-laws have had a beach house in Sea Pines for about 30 years, and we come down about 3-4 times a year,” he said. So what does an international country music star do on vacation? “Sleep as much as possible. And play as much golf as I can.”

DeMarcus said he’s played golf “just about everywhere there is to play out there,” listing Harbour Town, Berkeley Hall, Belfair, Oldfield and Long Cove among his favorite courses.

“We also go out to eat, so I have a ton of favorite restaurants,” he said. He’s not kidding. As we spoke, a list that started with Michael Anthony’s and OMBRA continued with Aunt Chilada’s, Santa Fe Café, Truffles, Salty Dog, Fish Camp, Phillys Cafe, Callahan’s and Charlie’s L’etoile Verte. The point is, the man enjoys our local restaurants. “If I lived there all the time, I’d weigh 500 pounds,” he added.

He also apologized in advance if he missed anyone.

Beyond his love of our restaurants and golf, there’s something else that DeMarcus shares with a majority of Hilton Head Island’s visitors: he’s originally from Ohio (Columbus). “I cannot believe how many people are from Ohio down there in Hilton Head,” he said. “Although Pennsylvania is giving us a good run right now.”

The attraction between people from Ohio and Hilton Head Island is as much a mystery to DeMarcus as it is to many Buckeye transplants. But he does offer one theory: “People are tired of freezing their asses off up there.” 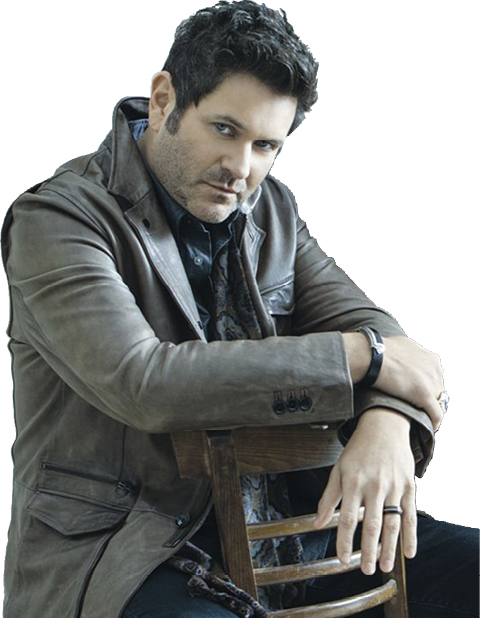 Three things every musician must know about working a crowd, from Rascal Flatts’ Jay DeMarcus:

Keep your eyes open: “You’ve gotta be able to read the crowd. If you don’t have enough savvy to know that you’re losing the crowd … you’re dead in the water.”

Be flexible: “You need to be able to move quickly and call an audible. Don’t stay stuck to your setlist at the expense of the whole show going downhill.”

Pay your dues: “One of the benefits of us coming up through the bars in Nashville is we really found a footing as an act and how to be entertainers. We were able to shift gears pretty easily based on what the room was giving us.”