Hall of fame jockey Eddie Maple has racked up thousands of wins, ridden some of the world’s most famous horses and now he’s giving back to the animals that made his career.

It should say something about the changing nature of sports that Eddie Maple is not a household name akin to a Michael Jordan or a Tom Brady. For nearly a century, horse racing reigned as one of the top sports in the country, its names etched in our nation’s collective memory, before the advent of football and basketball gradually eroded its market share. 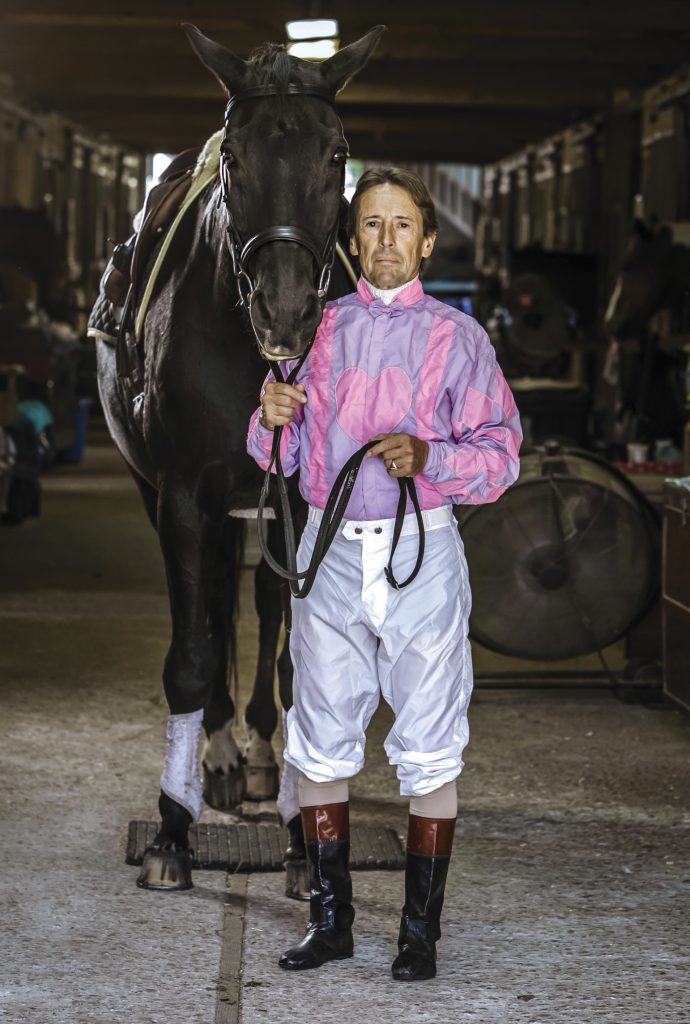 Today, apart from a few die-hard enthusiasts, America’s love affair with horse racing is limited to a single day in May when mint juleps and outlandish headgear signal the return of the Kentucky Derby. These once-a-year fans might not know which horses are racing that day, but they can name some of the big names from years past: Man O’War. Seattle Slew. Affirmed.

But there’s one name that even those who don’t watch once a year know well: Secretariat. The only horse to make Sports Illustrated’s list of Top 50 Athletes of All Time, the triple-crown winner’s fame transcended the sport. And when Secretariat ran his final race on Oct. 28, 1973, Eddie Maple was on the mount.

It was a defining moment for the jockey. But with 4,398 career wins including two Belmont Stakes, it was hardly the only one.

[Local Life] How did it all start for you? [Eddie Maple] I grew up close to a lot of thoroughbred race tracks. Racing isn’t that big in Ohio, but there was a thoroughbred training facility not far from my home in Carrollton. It’s just one of those states where they had enough racing to draw crowds in Cleveland and Columbus, that’s where the guy that trained me raced … I rode my first race on my 17th birthday in Charleston, W. Va., which is now a racino. I finished fourth. As an apprentice, which is what I was, you have to prove yourself and then gradually, you have people who pay attention and seek your services.

As much as you’ve accomplished in your career, do you hear more about riding Secretariat than anything else? [EM] It’s grown each year with Secretariat fans. Believe it or not, his fan club is huge. And that was, of course, because of (owner) Penny Chenery, who is now gone. But still, he holds the three track records, and every year at Triple Crown time everybody brings it up.

He was good looking, he was strong, and he could run like hell. He wasn’t undefeated, but I think that added to it. He’d be beaten, then come back and beat the horse that beat him.

Besides that, what are some of your favorite highlight moments? [EM] I was fortunate enough to win two Belmont Stakes. My years from 1973 when I rode Secretariat to 1980 when I won my first Belmont, those were good years, and everything progressed to me winning that first Belmont… It was fantastic. I was having problems with my ears ringing because I’d gotten myself worked up into a frenzy after the race. The track was muddy and I was just totally covered in mud. Before I could speak to Howard Cosell, I had to gargle because of all the mud.

What are some of your favorite horses you’ve ridden through the years? [EM] I was lucky enough to ride Secretariat and his stablemate Riva Ridge. Temperance Hill, he won Belmont, the Jockey Club Gold Cup and the first running of the Super Derby. Up until that point in 1980, there were two $500,000 races and he won both of those, beating older horses as a 3-year-old. He was named 3-year -old of the year and then he went on to make $2.5 million as a 4-year-old. He was certainly one of my favorites. I won 12 races on a smallish filly named Sabin. She was owned by a man from Columbus and he had a bronze made of her with me on her back and gave it to me when she retired.

And how long ago did you move down here? [EM] We moved down here in 2006 from Long Island. We were originally just going to come here because my wife (Kate) had a horse. We were going to keep her here because we found a beautiful home. And then we just kind of … ended up with the barn.

What all does that entail, running the Rose Hill Equestrian Center? [EM] We hired two instructors – Kate and I don’t lead classes. We have school horses that instructors use to give outside lessons. Certainly, boarding is the big draw. Even though we have 35 horses, it’s kind of a close-knit group of people. We have a nice trail system here, so it’s not a bad place to take a horse.

Do you get out to ride much? [EM] I get out 2-3 times a week. I either take my wife’s horse out or if someone goes on vacation, I take their horse out to exercise them a little bit. Just over the trails or over a few jumps. I’m not a big-time jumper.

What else do you have going on? [EM] There’s a nonprofit that some friends of mine along with Kate and I are starting called Full Circle. It’s a non-slaughter, non-abuse, rehabbing facility for the thoroughbred business… At the tail end of my Hall of Fame induction speech, I talked about how… they found all these famous horses in kill pens in Japan and France, horses that won the Kentucky Derby. They sold them for stallion purposes, but as soon as they got too old to breed they went into the kill pen. Now they sell them with the contingency that once they get too old, the breeding farms over here will take them in and pension them for the rest of their lives. We’re teaming up with people fighting against these slaughterhouses, and at least we have some voice.

Eddie Maple by the numbers

1973: Rode Secretariat to victory in the horse’s final race