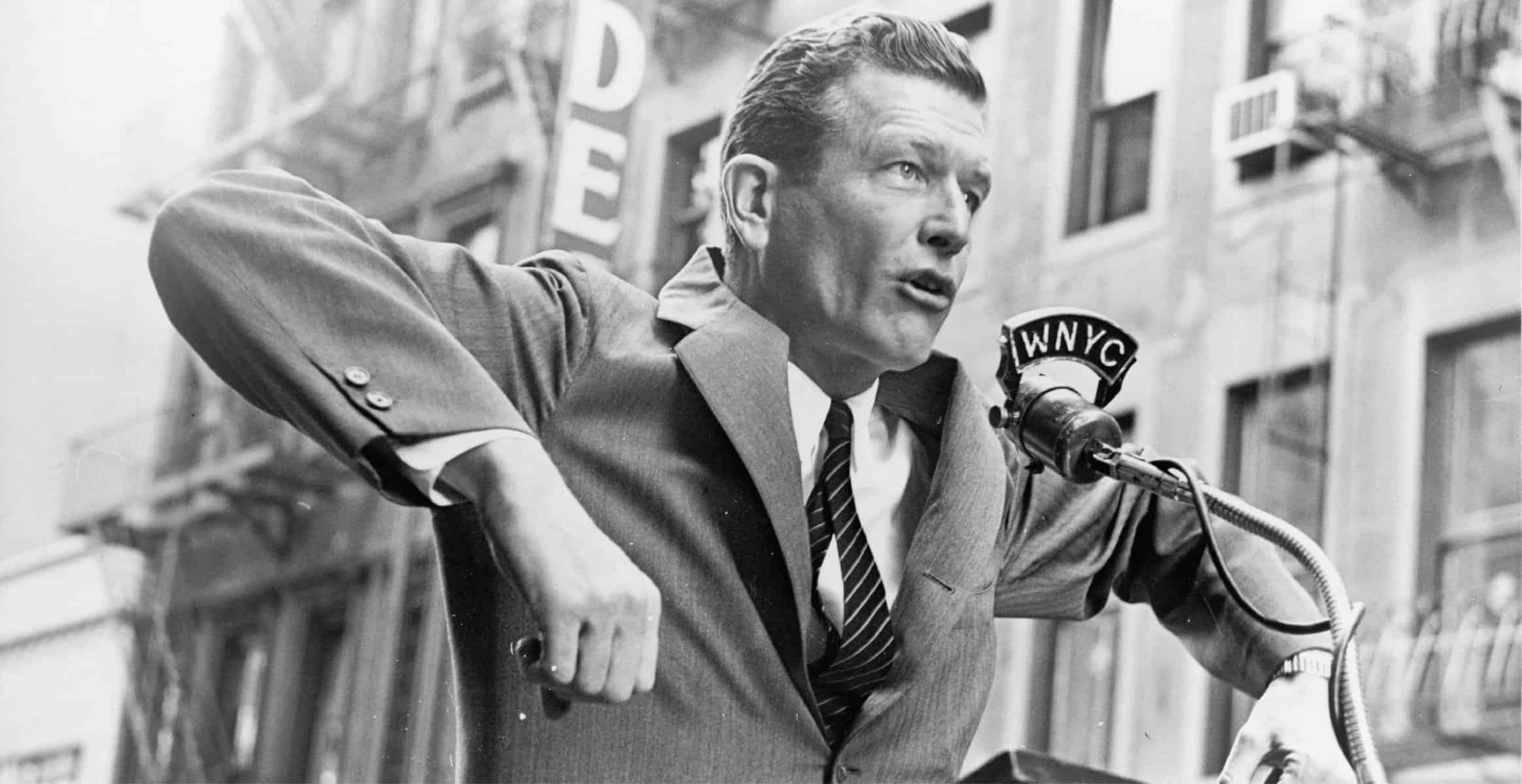 Hilton Head Island is a refuge. It is a preserve for plant life and animals as well as people. For decades, people from both near and from far, have made it a land of dreams. They have tailored this refuge to their own needs and desires. Hilton Head has a long and deserved reputation as a place where retired people can lead the good life. The Island’s coastal charms, its natural beauty, and its unparalleled opportunities for outdoor recreation make it an ideal spot to spend one’s hard-earned leisure time. Whether you’re a golfer, a boater, or a beachcomber, there’s endless entertainment to be had on Hilton Head Island.

For former New York City mayor John Lindsay and his wife, Mary Anne Harrison Lindsay, Hilton Head Island was a refuge of a different kind. It provided them with a place for quiet repose in the last years of their lives. The Lindsays were decidedly private people. Understated people. Anything but showy. Despite their life in the limelight, they shied away from any spectacle beyond the bounds of their civic duties. This couple that led the most public of lives found in their time at Hilton Head a refuge of distance and comfort.

Before moving to the Lowcountry, John Vliet Lindsay, the 107th mayor of New York City, and his wife Mary Anne, regarded by everyone as his closest confidant, spent decades in public service and in the public eye. Lindsay was a notably progressive Republican who made friends and foes across the political spectrum. He represented the East Side of Manhattan in Congress for three terms (1959-1965) before running for mayor. In 1965, Lindsay won a three-way race to replace Robert F. Wagner as New York City’s chief executive.

Over two tumultuous terms (1965-1973), the notably photogenic and blue-blooded Lindsay came to be known as “America’s Mayor.” He earned that moniker with the grace he showed in the face of turmoil in what has often been described as the second-most difficult job in the world. From the time he took the oath of office until the day he moved out of Gracie Mansion, Lindsay seemed to be interceding nearly continuously in the scores of crises that beset his city. For many years, Lindsay was one of the country’s best known political figures. In 1972, he ran unsuccessfully for the Democratic Party’s presidential nomination after changing his party affiliation the previous year.

“He was an extremely dedicated politico,” said Dick Aurelio, Lindsay’s deputy mayor during his second term. “He had a mission to help the disadvantaged and the poor people fight for civil rights and civil liberties.” Aurelio met Lindsay in Washington while the future mayor served in Congress and Aurelio worked as chief of staff for Senator Jacob Javits, another notably progressive Republican leader from New York State. After leaving Javits’ staff, Aurelio became Lindsay’s campaign manager for his successful 1969 reelection bid and joined him more permanently at Gracie Mansion as his deputy from 1969 to 1972.

“There was a lot of emphasis on his being tall and handsome and a romantic figure, and they didn’t give him credit for the intense work he did on policy,” Aurelio said. “The truth is that he was a very hard-working executive who relished the intense briefings on policy so he could get all the nuances.”

“He [John] brought me out of Queens and into the big city. I found him and his family warm. They accepted me, and I spent a great deal of time with him,” said Sid Davidoff, an attorney and longtime assistant to the mayor. Davidoff met Lindsay for the first time while a student at the City College of New York during John’s initial congressional campaign. The Queens native Davidoff was so enamored of Lindsay that he “hopped on as a volunteer and never left.”

Davidoff remembers John’s hands-on style of leadership. “He would get out of the car and start directing traffic because he was so pissed about people double-parking. We’d be like, ‘John get back in the car, let somebody else handle this,’” Davidoff said. “He was very intense on the things that bothered him.”

After his retirement from public office, Lindsay took up a law practice and became a patron of the arts in New York City. He served for a time as chairman of the famed Lincoln Center Theater. “He was always a champion of the arts and theater. He invited me many times to see a play,” Aurelio said. During the 1990s, though, the former mayor’s health began to deteriorate. He suffered a stroke, a heart attack, and battled Parkinson’s disease. By the latter half of the decade, Lindsay was in his late seventies and suffering from serious mobility issues and had great trouble with his speech.

“The disease took a toll on him,” Davidoff recalls. “You want to talk about a strapping guy who was a good athlete and was an incredible looking guy.”

As the former mayor’s health deteriorated, Mary first moved the couple out of their Manhattan apartment and relocated them to a home in rural Connecticut near New London.

“A few of us went up there to Connecticut, sort of to say goodbye and spend a day with him,” Davidoff remembers. “We found him standing on the front porch. Mary later said to me it was an incredible effort for him just to get up out of the chair, but he wanted to greet you like you should be greeted and have you remember him like that,” Davidoff said.

“And that’s who he was. He had that inner strength that kept him motivated, even through him being ill with Parkinson’s,” Davidoff said.

Eventually, Mary decided to move with John to the Cypress on Hilton Head Island, which came highly recommended by friends of hers. “They were pretty isolated where they were up in Connecticut,” Davidoff recalled.

In 1999, John and Mary moved to a cottage at the Cypress, Hilton Head’s nationally recognized continuing care retirement community known for its waterfront and country club-like setting. Then and now, the hundred-acre campus contains a wide range of residential and recreational options as well as a dedicated regime of care and services for its residents. Back in New York, the Lindsays were well-known for their enjoyment of the outdoors — John was a lifelong athlete, and Mary was famous for her bike rides around Central Park. Unfortunately for John, his health troubles prevented him from enjoying the Cypress’s wide-range of indoor and outdoor offerings.

The Lindsays lived quietly in a cottage with a beautifully manicured lawn and a gorgeous view of the water. They sat just across Skull Creek from the salt marshes and tidal creeks of Bull Point on the Pinckney Wildlife Refuge. They lived within earshot and eyeshot of a vibrant ecology of waterfowl, fauna, and wading birds.

Aurelio made two visits to the Cypress. Initially, he visited their cottage not long after the couple had moved to Hilton Head. “Mary had decorated their home with a whole lot of plaques and newspaper articles regarding his career,” Aurelio remembers, covering the walls of the cottage with accolades from Lindsay’s career as a congressman and mayor. Aurelio was surprised by that choice, as the Lindsays had always tended toward more understated décor. But the adorning of their home with memories of their life in New York added comfort and familiarity to John’s time in Hilton Head.

“It was a comfortable place,” Aurelio said. “They had friends just across the way. And they kept saying how close they were to the medical center [Hilton Head Medical Center].”

Mary and John lived together for less than two years at the Cypress. Mayor Lindsay died on December 19, 2000, at age 79 from complications due to Parkinson’s and an ongoing bout with pneumonia. A couple of months later, Aurielo visited the recently widowed Mary Lindsay at the Cypress. “I made arrangements to have dinner with her, and she was doing fine,” Aurelio recalled. “She was doing well with the friends that she had made there.” Mary remained a resident of the Cypress for the rest of her life, leading the quiet existence she led with her husband ever so briefly on Hilton Head.

Mary Anne Lindsay died in March 2004 at the age of 77 following her own battle with cancer. Remnants of their life on Hilton Head are scarce. The Island and the space they inhabited on Hilton Head go on much in the way that they did during the Lindsays’ time there. The Cypress remains a refuge — either for recreation or repose — for people in search of the good life that Hilton Head has to offer. For the Lindsays, Hilton Head offered them somewhere safe and discreet to enjoy their retirement. 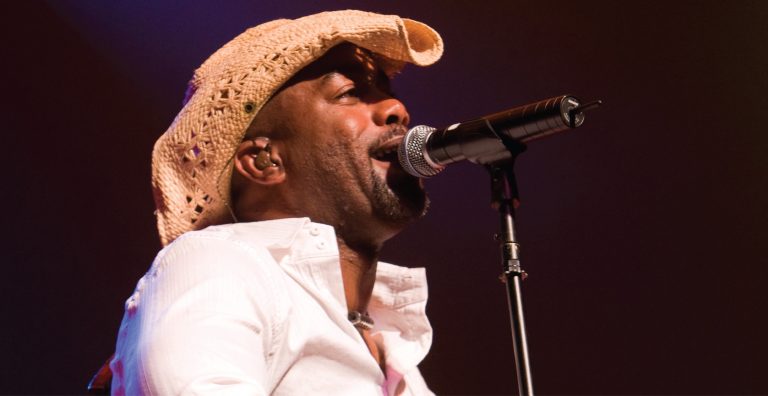 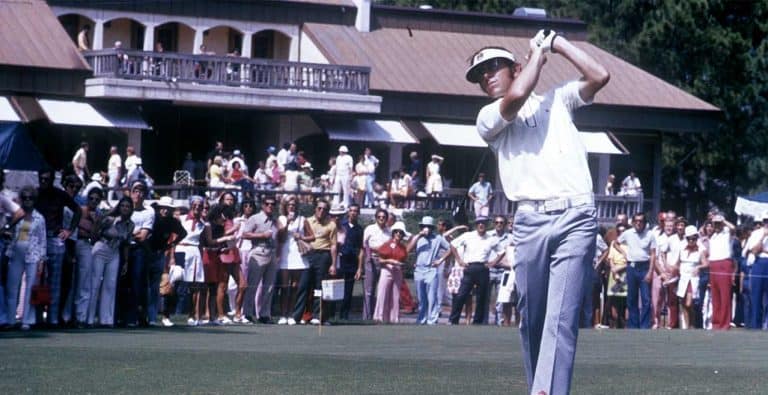 The celebrity chef and former Hilton Head resident dishes on flavor and his future. 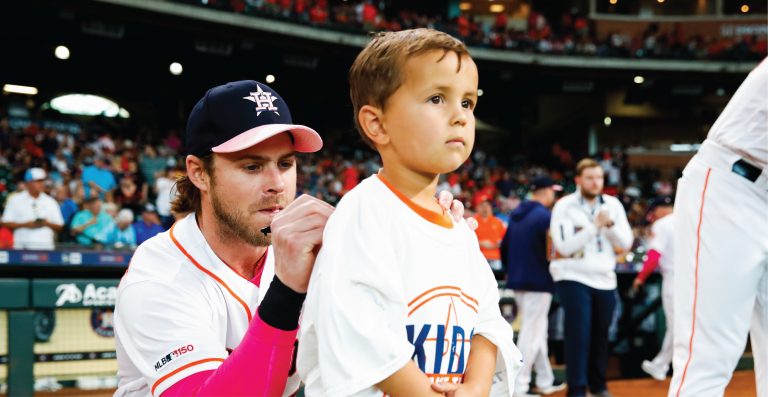 Georgia star gives his all on the field and off. Story By Dean Rowland Josh Reddick knows a thing or…