The Netflix original TV series “Outer Banks” was practically an overnight success, quickly making it to the Netflix Top 10 and staying there most of the month it was released. In the show, four best friends embark on a wild oceanside hunt for gold, following main character John B’s hunch the clues will also lead to his father who has recently disappeared. What begins as an innocent treasure hunt quickly turns into a dark quest laced with murder and mystery. Actor Rudy Pankow portrays JJ, the rebellious but loyal charmer of the crew. With a whopping 3 million followers on his Instagram account, @rudeth, he has become a fan favorite.

“I haven’t really gone through the whole entire experience of life changing.”

Success like that has to be life changing, but Pankow said otherwise. The entire world is changing right now and, in the midst of a pandemic and nationwide protests, he said he isn’t focused on how his life is changing at the moment. Pankow is giving his attention to others and using his platform on social media to speak out about important issues, such as racial injustice. While he did say his career is changing as a result of starring in the show, very little of his everyday life has changed. It makes sense, as the show was released on April 15 this year, in the thick of the stay-at-home orders.

“I haven’t really gone through the whole entire experience of life changing,” he said.

Who is Rudy Pankow?

Pankow is still just trying to figure out who he is. He said identity was something he struggled with growing up. He was in plays as a kid but didn’t consider acting as a career path until his senior year of high school. Pankow also grew up in a musical family and was encouraged to pursue it but said he didn’t see his talent come through music as much as through acting. His dad encouraged him to go to culinary school after graduating from high school. Before pursuing acting, Pankow was considering going to college.

“I asked myself the question, ‘Why are you going to college when this other thing makes you happy?’ You have the opportunity in front of you,” Pankow said. “I took it. I ran with it.”

Even though he had doubts, Pankow took the plunge and moved straight to Los Angeles after graduating in pursuit of his big break as an actor. This is where his identity started coming together. He found the answer to the big question of “Who am I?” in between portraying one person and the next. The answer? An actor, and a really good one at that.

Finding his role in “Outer Banks” meant auditioning for three different characters. When all was said and done, he was the guy for the job of bringing JJ, one of the lead characters, to life. While Pankow said JJ is more rebellious than he is, he relates to the character’s independence and go-getter attitude – the traits which have given him success in his acting career.

Identity is a subject touched on in the show, as some of the tension is driven by a class war. Pankow’s character, JJ, and his friends fall into the down-to-earth, working class referred to as “Pogues,” while many of their rivals fall into the snobby, upper class referred to as “Kooks.” As to which tribe he would belong to in real life, Pankow wouldn’t say. He said it’s a question for someone else to answer about him, as most would expect him to say Pogue.

“I want people to be like, ‘He’s earned it. He’s earned Pogue,’” Pankow said.
“It’s something you need to earn.”

There is evidence he has earned it, as Pankow said the show’s creator, Jonas Pate, encouraged the actors to be themselves when filming. The show is sprinkled with occasional improv acting, but viewers would never know. The actors were encouraged to banter and have fun when filming.

It wasn’t all fun and games, though. There was a lot of work behind “Outer Banks.” When it comes to auditioning, Pankow said many people are under the impression the hard part is getting off-book, an acting term that means performing without a script.

“You get off-book,” Pankow said, “and then the work starts.”

The real work, he said, lies in being aware everything you do as an actor says something about the character you are portraying. Actors must perform a complicated juggling act. Keeping in mind their character’s goal, the stakes of the current situation and how the character feels about people around all play into how an actor says a line and interacts with his or her environment.

The adventurous show takes place in a marshy, tropical landscape with plenty of time on the water, be it on boat or surfboard. The show could have been shot in front of a green screen, Pankow said, but the creators knew they couldn’t beat the real deal and opted to film much of it on location. While the show is set in North Carolina, Netflix chose to film in South Carolina because of anti-LGBTQ legislation in North Carolina. Charleston and Hunting Island are among the locations they filmed.

Pankow said the setting is another detail actors must pay attention to when reacting as their character. There is no detail too small. The hard work of becoming another person lies in carefully considering each one.

“Then, all of a sudden,” Pankow said, “magic happens.” 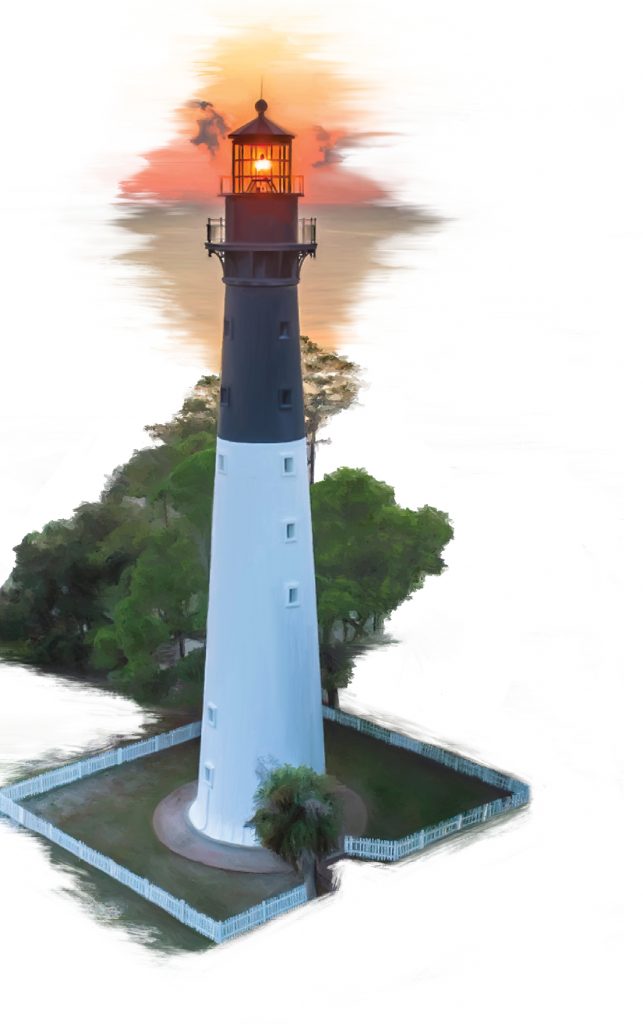 Hunting Island
The cast went on adventures here, including some off-roading. The lighthouse had its 15 minutes of
fame in the second episode.

Folly Beach
This is where they filmed the surfing scenes, which were some of Pankow’s favorite scenes to film.

Boone Hall
Pankow discovered this place on a walk — the long road lined in towering oak trees drew him in.

Hank’s
Pankow said this seafood restaurant stood out above the rest.