The former American Idol winner and the Grammy-nominated R&B singer are performing at the Juneteenth Celebration.

An American Idol winner and a Grammy nominee. Sounds like the kind of entertainment that you would find at a huge event in a big city, right? Actually, former American Idol winner Ruben “the Velvet Teddy Bear” Studdard and Grammy nominee Alvin Garrett, along with his band Just A Few Cats, are performing June 15 at Historic Mitchelville’s annual Juneteenth Celebration.

Both Studdard and Garrett are natives of Birmingham, Ala. They met 22 years ago through a mutual friend and instantly connected through their love of music. As most friendships go, it started with a great story.

One evening, Just A Few Cats was playing a jazz set in a club. Studdard, while checking out the vibe in the room, said, “No one wants to hear all of that jazz. People want to hear some singing.” Soon after, he joined the set and the crowd went wild, to which Studdard said, “I told you.” The rest, as they say, is history.

“When I’m with The Cats, I like to stretch out and just have fun,” Studdard said. “That’s how we always did back when we first came together. It was all about having a good time.”

The collaboration between Studdard and Garrett has been beneficial to both men over the years. After joining the band, Studdard went on to win American Idol in 2003, bringing on Garrett as his music director and Just A Few Cats as his touring band during the American Idol Season 2 Tour.

Nicknamed the “Velvet Teddy Bear” by Gladys Knight, because of his smooth melodic tones when she was a guest judge on Idol, Studdard’s voice was instantly compared to Luther Vandross. The similarity in their voices has been a large part of Studdard’s success. His cover of Vandross’ “Superstar” earned him a Grammy nomination in 2003 for Best Male R&B Vocal Performance. He has been on a Tribute to Luther Tour since 2018.

“I mean, one day you’re grinding with your band doing local concerts and events, then the next day you can’t go to Walmart without causing a riot,” Studdard said. “It was crazy, and it took a long time to adjust, but I wouldn’t change it for the world. I’ve been fortunate and blessed to live my dreams.”

As a performer and successful songwriter, Garrett says that “songs grow from inside my heart” and has a shelf full of trophies to prove it, from the Soul Train Awards, a Dove Award, and a Stellar Award nomination for his work for well-known artists such as Fantasia, Johnny Gill, Joe and Kelly Rowland, all atop what he’s done with Studdard.

“I have a metronome in my heart,” Garrett said.

Garrett and Studdard’s most recent collaboration is the song “By Myself.” Garrett wrote the song and planned to perform it himself before giving it to Studdard to record as a solo. But Garrett just couldn’t let it go. “It feels like my personal manifesto,” he said.

Eventually, the song became a duet and is included on Garrett’s new album, “The Hill,” which stands for Hope, Inspiration, Love and Loss. Garrett describes the project as “a walk in faith.”

“It’s not about accomplishing the dream, it’s about the chase,” Garrett said.

So what’s next for the musical pair? The Juneteenth Celebration and other performances across the country.

“Right now, I’m enjoying being on the road and I hope to start writing and recording new music soon,” Studdard said.

Garrett has several songs that are topping the charts now and is eager to perform for new audiences.

“I’m looking forward to introducing myself, the man, to all of the wonderful people who’ve heard and enjoyed my music, but who still don’t know who I am,” Garrett said.

Fortunately for Hilton Head Island, we’ll get the chance. 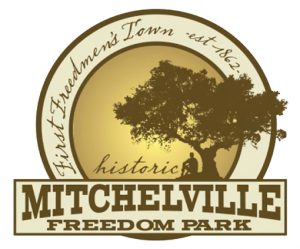 When: 11 a.m. to 3 p.m., Saturday, June 15
Where: Mitchelville Freedom Park
Details: A celebration of food, art and music with a live performance by Just A Few Cats, featuring former American Idol winner Ruben Studdard and Grammy nominee Alvin Garrett. Latrese Bush, Logan The Entertainer and Marlena Smalls are also scheduled to perform. Tickets are $15. Children 12 and younger are admitted free. For more information, call 843-255-7301 or go online to exploremitchelville.org. 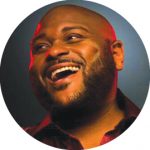 Ruben Studdard
• Winner of the second season of American Idol.
• Grammy Award nomination in 2003 for Best Male R&B Vocal Performance for “Superstar.”
• Has released seven studio albums, including his platinum-selling debut, “Soulful.”
• Released hit songs “Flying Without Wings,” “Sorry 2004,” and “Change Me.”
• Starred as Fats Waller in a national tour revival of Ain’t Misbehavin’.
• Appeared as a contestant on the 15th season of The Biggest Loser.
• Made his Broadway debut in Ruben & Clay’s Christmas Show in 2018. 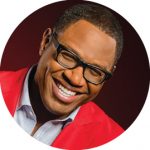