By all accounts, it looked like a real Mark Rothko. All the hallmarks were there – the meticulous brushstrokes that blur the geometry, the simplistic pairing of two colors. Even the signature matched the famed abstract expressionist’s. 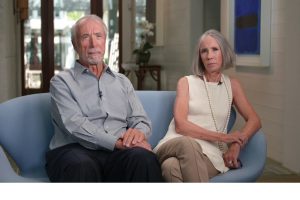 Hilton Head Island resident and long-time titan of business Domenico De Sole had no reason to believe it was fake. Even though the work lacked a strict provenance or chain of ownership that tied it back to the artist, it had been vouched for by a slew of experts, including Rothko’s own son. And this wasn’t some back-alley art house Domenico was buying it from, it was the Knoedler Gallery, which he would later testify he viewed as “the most trusted, oldest, most important gallery” in America.

So how did a fake Mark Rothko wind up in one of the country’s most prestigious galleries and on the wall of the former Sotheby’s chairman’s Hilton Head home? 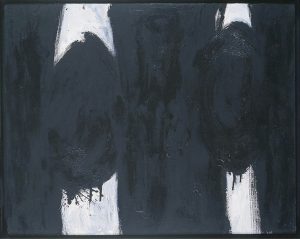 The tangled web of deception stretches from a garage in Queens to the halls of the Department of Justice, and is laid bare in a new Netflix documentary, “Made You Look.” 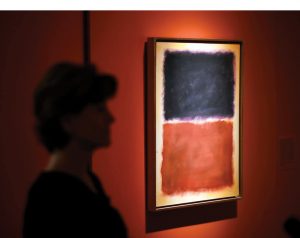 Director Barry Avrich was no stranger to the art world, following his film “Blurred Lines,” which took a similar deep dive inside the art world.

“I was not aware of the Knoedler story until a friend of mine said I should really look into it,” he said. “I was flying to Abu Dhabi, and I’d downloaded every story I could find about it. By the time I landed, I was hooked.”

It’s a lot to take in, and “Made You Look” follows every thread. In 90 breathtaking minutes filled with interviews, the documentary breaks down how a Chinese national working out of a garage created uncanny forgeries of artists from Rothko to Jackson Pollack, works which were then sold by an obscure art dealer who convinced one of the world’s most preeminent art galleries they were long-lost works by some of the art world’s biggest names.

It also shares how some leading experts in the world were bamboozled by these works, and eventually how dozens of them wound up sold to unwitting patrons.

“Keep in mind that many of the victims did not come forward, either because of the statute of limitations or just sheer embarrassment,” said Avrich. “They didn’t need another headline saying, ‘Wealthy Person Conned.’” 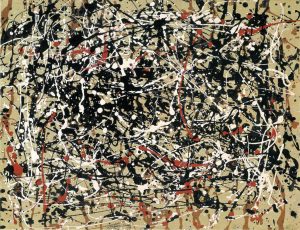 De Sole was a different case, however. When he got taken in like so many others, he took it personally.

“I had many conversations with Domenico, and again he’s a very private man, but he still has the scar tissue,” said Avrich. “Both (he and his wife Eleanor) were incredibly scarred and emotive about the situation.”

In fact, when the truth about the ring of counterfeit paintings came out, he was one of the few victims who went public, suing not only the art dealer who supplied the paintings, but the gallery that facilitated the fraud. (De Sole was approached for comment on this story but declined).

“He wanted to go to trial because he didn’t like feeling manipulated, and he wanted people to know what went on. I give him a lot of credit for doing that,” said Avrich. “That one deal was not going to change his life, but aside from righting a wrong, he wanted to expose a part of the art world that isn’t pleasant.”

The trial surrounding De Sole plays a central part in the documentary’s narrative, and the segments featuring the couple were filmed in their Sea Pines home (with an actual Mark Rothko visible on the wall behind them).

“I had not been to Hilton Head before that, and I loved the fact that they opened up their home,” said Avrich. “It’s like a movie set. They both have incredible taste, and their art collection is to die for.” 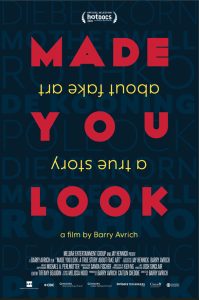 With a Hilton Head connection and a story that defies belief, “Made You Look” is currently streaming on Netflix. The 2020 film is a true story about fake art. A woman walks into a New York gallery with a cache of unknown masterworks. Thus begins a story of art world greed, willfulness and a high-stakes con.