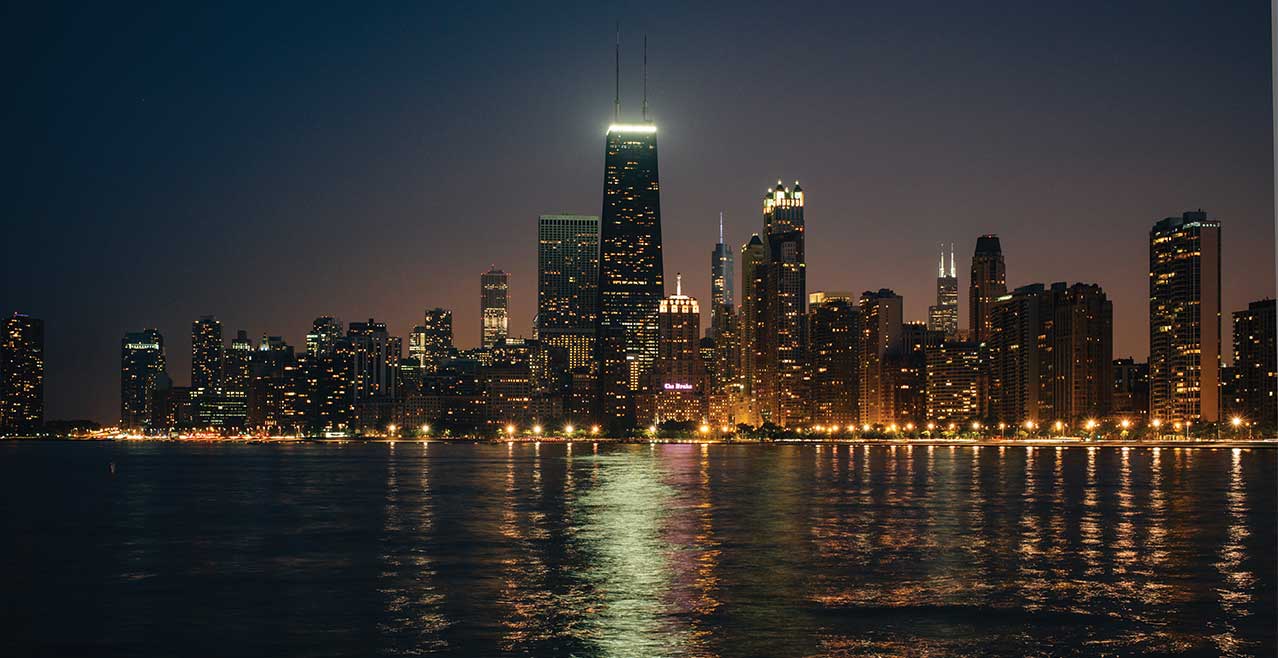 Chicago likes to think it matches New York City as the perfect pre-Christmas destination, and in several ways it exceeds. This is because of its more compact and inviting downtown shopping area called the Magnificent Mile, which has more than 400 stores and shops plus four vertical malls.

If you think of Chicago only as a place to vacation in summer, then you are missing out on a lot – especially in the weeks leading up to Christmas and New Year’s.

I may be partial to visiting Chicago while wearing a parka, but my first trip to the Windy City was to visit my newborn granddaughter in February, and after checking out her bright eyes and beaming smile we had a grand few days of terrific restaurant hopping, shopping and nightlife.

Of the several trips to Chi-Town since then, most have been in colder weather. But no matter hot or cold, every trip has been enjoyable.

Speaking of Windy City, if you had always thought the moniker was due to the brisk breezes blowing off Lake Michigan, you’re wrong. Origins of the nickname are actually derived from newspaper columnists in the late 1800s poking fun at boastful local Chicago politicians who they termed: “full of hot air.”

Chicago likes to think it matches New York City as the perfect pre-Christmas destination, and in several ways it exceeds. This is because of its more compact and inviting downtown shopping area called the Magnificent Mile, which has more than 400 stores and shops plus four vertical malls.

LIGHTS FESTIVAL
The Magnificent Mile Lights Festival is considered the most popular Chicago holiday event. The tradition celebrates the “season of giving” with more than one million lights that are hung from the hundreds of festive trees lining the boulevard.

This year, the celebration started on Thanksgiving weekend and includes two additional weekends during December, with music and festivities throughout the day. The evening parade is a show-stopper. It is led by Mickey and Minnie Mouse from Walt Disney World Resort, accompanied by a sea of festive floats and a cast of well-know characters. A fireworks show above the Chicago skyline caps the festivities.

Today, Macy’s on State Street is the second largest department store in the country with an ever-changing array of items at many price levels, from brands known internationally to those by emerging designers, including many Chicagoans.

A good tip before you start shopping is to download a voucher for a Visitor Savings Pass from the city’s Visitor Bureau website: ChooseChicago.com.

Also, don’t focus so much on shopping that you miss the landmark building’s notable architectural features, in particular the fifth floor Tiffany Ceiling – the largest unbroken example of Tiffany Favrile glass in the world – containing more than 1.6 million pieces of iridescence that shimmer in a mosaic of bright blues, gold and ivory.

Macy’s also manages to keep its shoppers on site with some unique dining options including The Walnut Room. This plush, high-ceiling eatery opened 110 years ago and still offers tea service as well as fine-dining lunch options. The original Circassian Walnut paneling and Austrian chandeliers from early 1900s add an exquisite sense of elegance. If you hadn’t guessed it by now, the building has been designated a National Historic Landmark and listed on the National Register of Historic Places in June 1978.

OTHER HOLIDAY ATTRACTIONS
If you are traveling with youngsters, don’t miss the Winter Wonderfest at Navy Pier, (Dec. 1-Jan. 7). There is an ice skating rink, Ferris wheel, carousel plus huge inflatable slides. Giant snowflakes and thousands of icicle lights dangle from the ceiling.

One last venerated downtown Chicago Christmas tradition is Christkindlmarket at Daley Plaza on Washington Street. Here the plaza is transformed for 37 days into a picturesque European Christmas village, chock full of candy-cane striped wooden huts that host vendors displaying authentic gifts and foods. There are handmade holiday ornaments that you won’t find elsewhere plus handmade toys, cuckoo clocks and other carved gifts from Eastern Europe. Visitors enjoy sampling a variety of meats and baked goods from Germany, Austria and several nearby nations while being entertained by Christmas choirs, dance troupes and local brass bands. Very quaint. Very fun.

Beyond New Year’s Day, there still is a lot of cool things to enjoy in Chicago:

Ice Skating
If you like ice skating or have thoughts about trying it out, Millennium Park’s McCormick Tribune Rink is a treat. Tucked between some soaring buildings, the rink is one of the few ice skating venues in the city with free admission. Your only cost will be skate rentals, unless you bring your own. As you glide over the ice to holiday music, you can enjoy the remarkable architectural scenery. 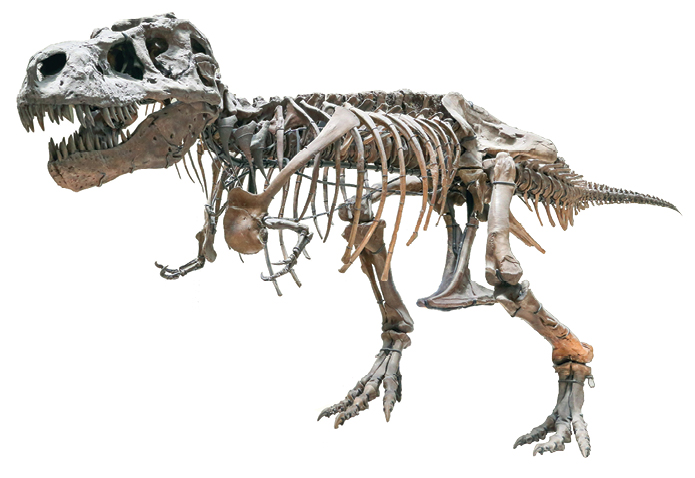 Dinosaur and Mummy Exhibits Chicago’s Field Museum is renowned as one of the world’s great museums. It is a treasure trove of natural history including the incredible T-Rex dinosaur fossil “Sue” (pictured at right). Docent-led tours help first-time visitors. The Ancient Egyptian and Chinese displays are marvelous, and there are plenty of permanent interactive displays to keep the entire family captivated.

Watch Professional Hockey
If you are a sports fan and have never watched a professional hockey game live, you are missing out. The Chicago Blackhawks play at the United Center on the city’s near West Side. You’ll discover attending a Hawks’ game is a unique experience. Before each game begins, the fans are already at fever pitch. Then opera singer Jim Cornelison begins a roaring rendition of the national anthem, joined by an organist and several military veterans on a red carpet inside the rink. Throughout “The Star-Spangled banner, the crowd cheers wildly. As one sportswriter once wrote, “It’s probably the loudest building on the face of the earth at that particular moment.” And the unabashed excitement never wanes. Tickets aren’t that easy to score, but they can be available through a variety of ticket sources like StubHub, Seat Geek or Ticketmaster. Also check out the Blackhawks website. 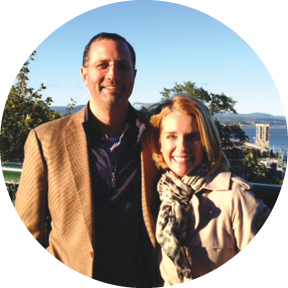 LOCAL Life asked Lisa and Patrick Koehl to share a few hidden gems from the Windy City. Patrick was born on Hilton Head Island and is the son of local residents Mary Louise and Dexter Koehl. Patrick and Lisa now call Chicago home but return to the island every summer with their children.

The two spots visitors frequent most in Chicago are the neighborhoods around Wrigley Field and the North Side and the Downtown Loop/ Michigan Avenue area.

Wrigley Field and the North Side

Explore:
There are always a lot of bars around the Wrigley Field ballpark, home of the Cubs. But, during baseball season, we would suggest going a few blocks west (a five-minute walk) to avoid the craziness of game day to a neighborhood known as Southport Corridor. Some lively places to eat are like Coda DiVolpe (cdvolpe.com) and Corridor Brewing (corridorchicago.com). 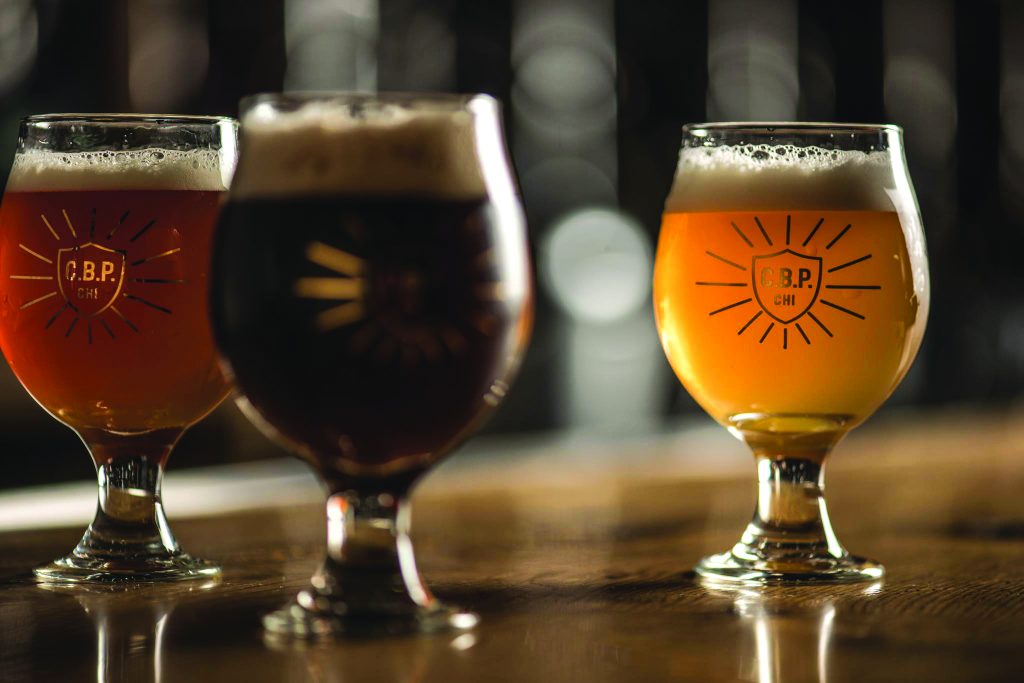 Eat:
As for a hole in the wall in the area that locals love, you could buy meat and veggie empanadas at Cafe Tola, 3612 N Southport Ave. It’s considered the best empanadas in the city (cafetola.com). 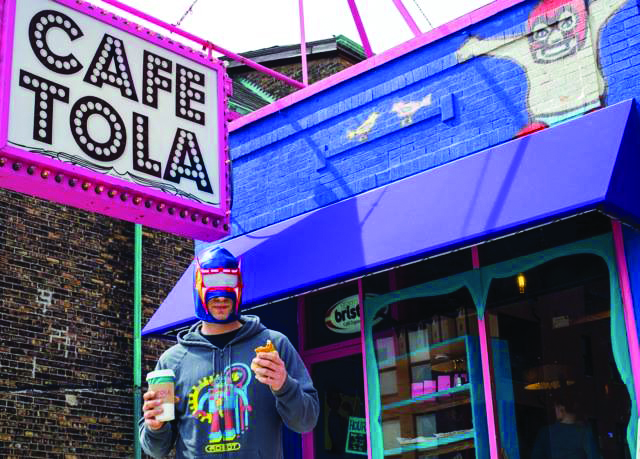 After Hours:
Another nearby spot is Green Mill Jazz, 4802 N. Broadway Ave., where Al Capone was said to hang out. It’s noted as one of the best jazz clubs anywhere (greenmilljazz.com). 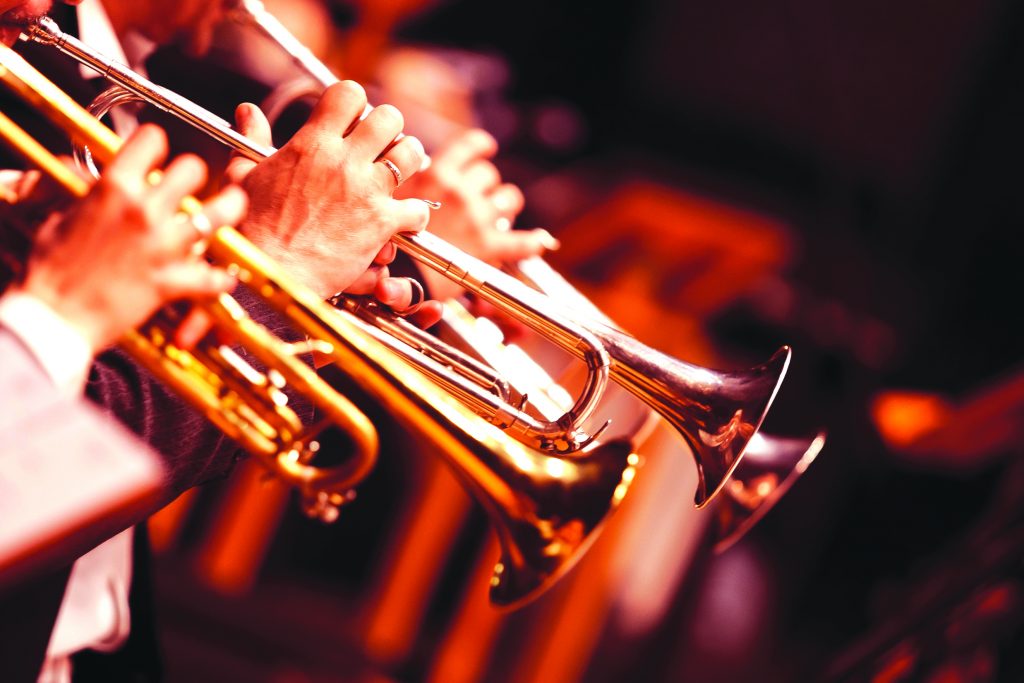 Explore:
Once warmer weather is here and the shopping appetite is satisfied, we would suggest a walk up and down the Chicago Riverwalk. It is being called the city’s “second lakefront” and contains restaurants, places to relax, boat and kayak rentals and great views of the breathtaking architecture that rises from the river’s edge. Take an architecture boat tour. It’s a favorite once you have had your first experience. (cruisechicago.com/architecture-tours). 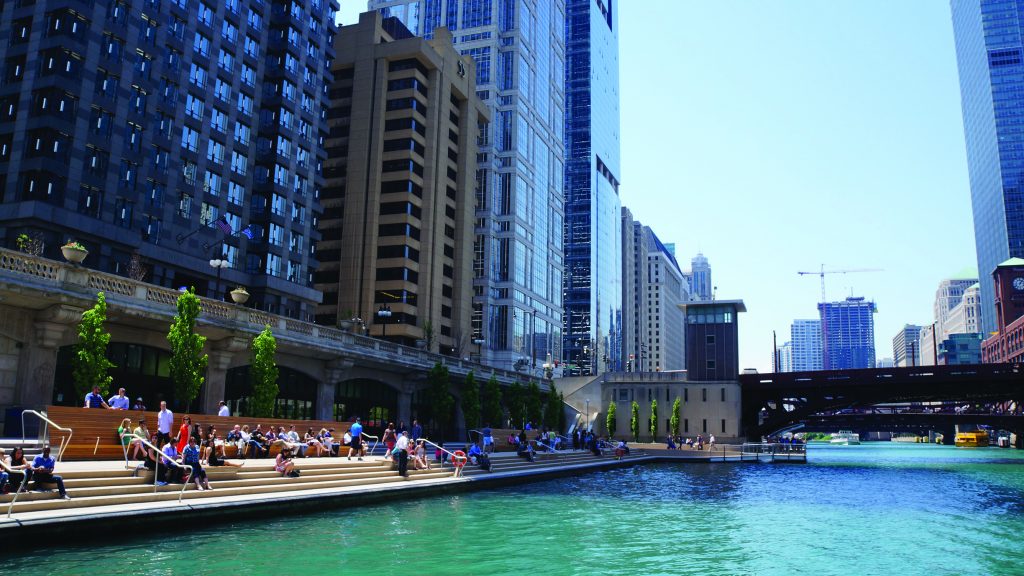 Eat:
Chicago Cut Steakhouse at 300 N. LaSalle Drive is a terrific nearby spot to stop in for lunch or make reservations for dinner. In a city known for its great steakhouses, many feel this is currently the best. It has a great ambience and views overlooking the river. The prime fillet melts in your mouth. But it is definitely expensive.

Two local favorites are Green Street Meats in the West Loop (greenstreetmeats.com) and nearby Au Cheval (auchevalchicago.com). This is a neighborhood that has been booming in recent years and has some of the best places for burgers and good food at reasonable prices.

More great, reasonable a food is at Revival Food Hall (Revivalfoodhall.com), a 24,000-square space at 125 S. Clark St. with food stalls that cater to all tastes to grab and go.

After Hours:
If you are in the Loop and want to have a cocktail, the rooftop bar at the Wit Hotel is one of the coolest spots in the city. “Travel & Leisure” magazine ranks it among the top the rooftop bars in the world. (withotel.com). 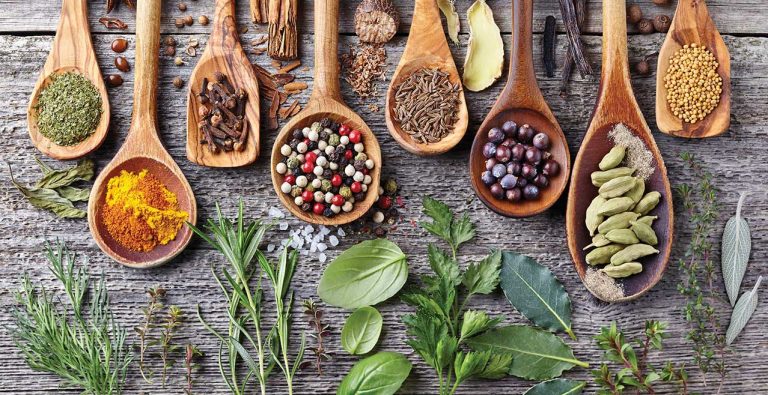 Washington D.C. is no longer the sleepy one-industry town. While the monuments remain unchanged, there’s been a building boom and… 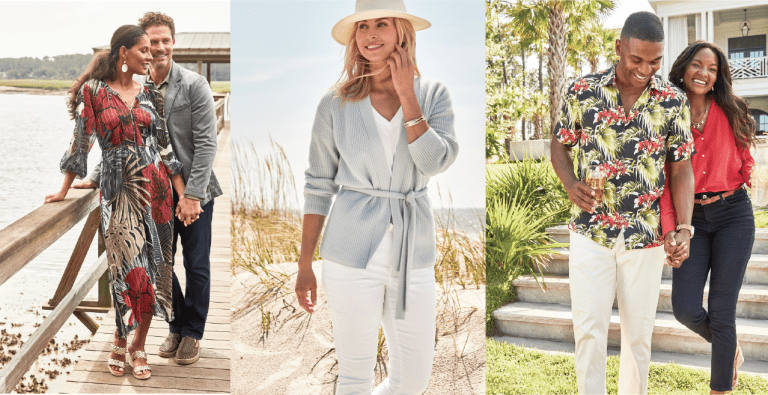 Home for the holidays Story By Elizabeth Howard + Photos by Tommy Bahama Classic, confident, magnetic, active and smart. Those…