Raised on Hilton Head and trained in kitchens around the Southeast, the new executive chef at Palmetto Dunes has made an indelible mark on the island’s culinary scene.

He may not be a celebrity chef or a household name, but odds are good that at some point your taste buds have marveled at one of Chef Charles Pejeau’s creations. Recently named executive chef at Palmetto Dunes Resort, he has worked in kitchens across the Lowcountry. Between corporate stints at Sonesta Resort and The Inn at Palmetto Bluff, he’s worked in the kitchen at Red Fish and Robert Irvine’s Eat! and was the founding chef at Charbar Co. and Holy Tequila.

And to think, we almost let this home-grown talent slip through our fingers.

“I moved here right before middle school but moved away for culinary school in West Palm Beach (Florida),” he said. “I got married about two years after, and a year after that we got pregnant. Both sets of grandparents live here, and we needed some family close by.”

On behalf of anyone who has sampled Chef Pejeau’s cooking, we thank his children for necessitating the move back home. When childhood friend Nick Bergelt needed an experienced chef for the new Charbar Co., he reached out, and Pejeau’s culinary career kicked into gear. He would help launch not only that concept, but Bergelt’s Holy Tequila concept as well, before transitioning into corporate hotel work at Sonesta for four years.

“I got some really great experience there running a big operation and managing a bigger team. It was really the building blocks of my management skills and helped me beef up my skills on the banquet side of things,” he said.

He would make a brief return to the restaurant world with a nine-month stint at Red Fish before Palmetto Dunes came calling, looking for a new executive chef amid a massive reinvestment in operations.

And who better to lead the charge than the island’s own home-grown chef? Turn the page to find his cooking advice and recipes. 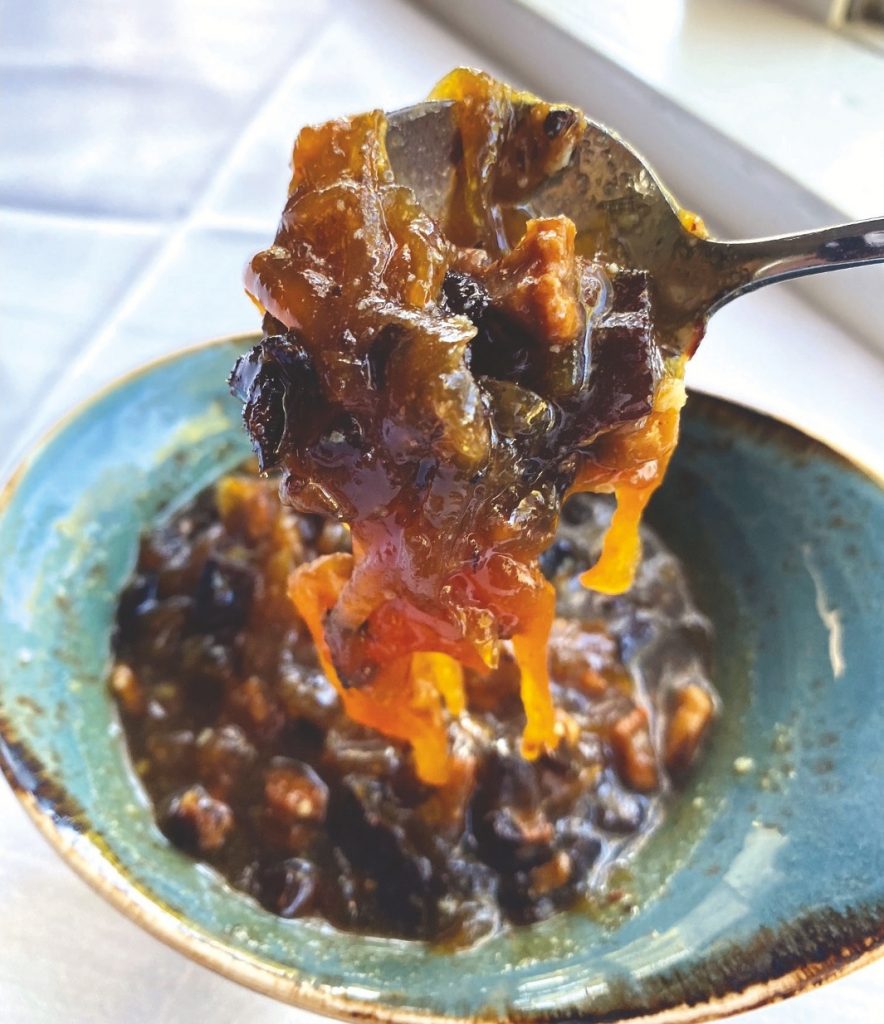 PALMETTO DUNES
Bacon marmalade
INGREDIENTS
Half pound of smoked bacon cut into lardons
4 onions julienned (2 red, 2 yellow)
2 cups red wine vinegar
1 cup light brown sugar
DIRECTIONS [1] Place cut bacon into a large sauce pot. Render it down on medium heat until crispy. [2] Add onions and a pinch of salt to help them break down, stir every 1 1/2-2 minutes until they are starting to become translucent. [3] Add your vinegar and sugar, stir so everything is incorporated. Let simmer on low heat for 1-1 1/2 hours. You want about 80 percent of the liquid to reduce down leaving you with just the bacon and onions. [4] Remove from heat and transfer to a container. Refrigerate for a few hours and wait for the fat to solidify. [5] Skim/scrape the fat off. Either throw in garbage or you can save it for future cooking projects (like cornbread or making a roux). 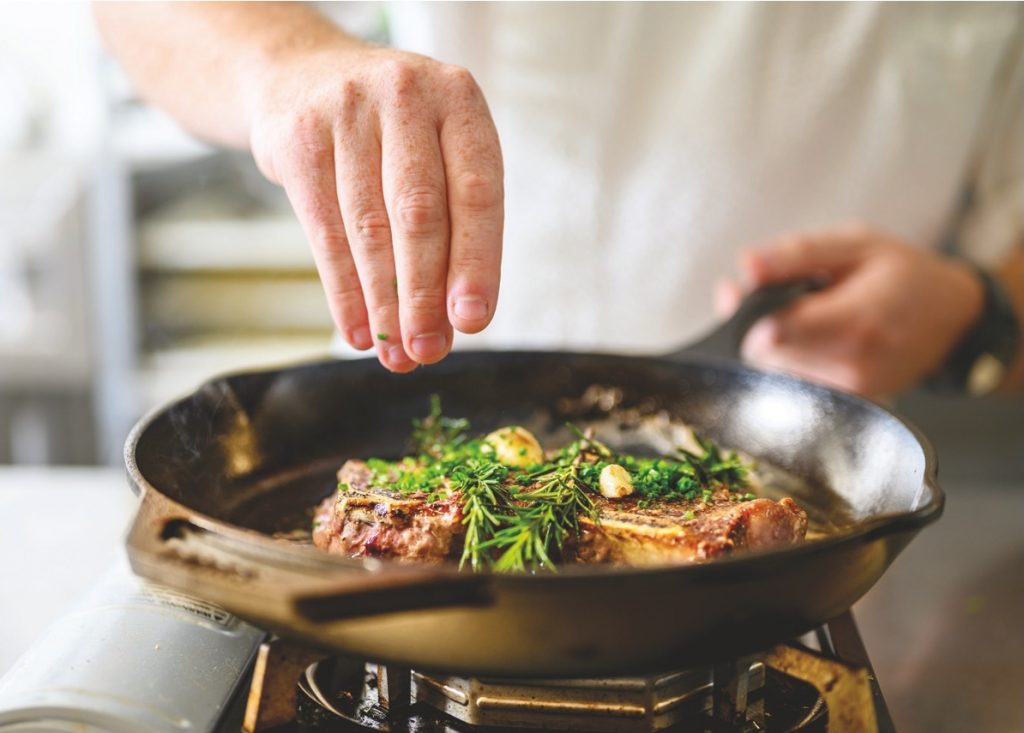 CHEF PEJEAU’S TOP TIPS
• Always toast flour tortillas when you have tacos, either directly on the flame if you have a gas range or in a pan with no oil. It makes them much softer, and the char gives your taco great flavor.
• Don’t be afraid of salt. Obviously, you want to watch your sodium levels, but salt makes things delicious. A little pinch will draw out the flavors of your ingredients.
• You’re probably undercooking your meat. Everyone’s worried about burning, but there’s a difference between charred and burnt. “I like a nice crust on my steak,” said Pejeau. “And the only way to do that right is to leave it alone.”

Where does a chef shop?

• Marsh Hen Farm: Formerly Geechee Boy Mill, Pejeau swears by their dried field peas and blue grits.
• Peculiar Pig: This Summerville farm under the care of Marvin Ross produces particularly palate-pleasing pork chops.
• Benton’s Smoky Mountain Country Hams: Pejeau has been using their bacon since day one and is quick to credit them with Charbar’s first Burgers and Brews win. “They smoke it for 48 hours, so it’s like a smoke bomb.” 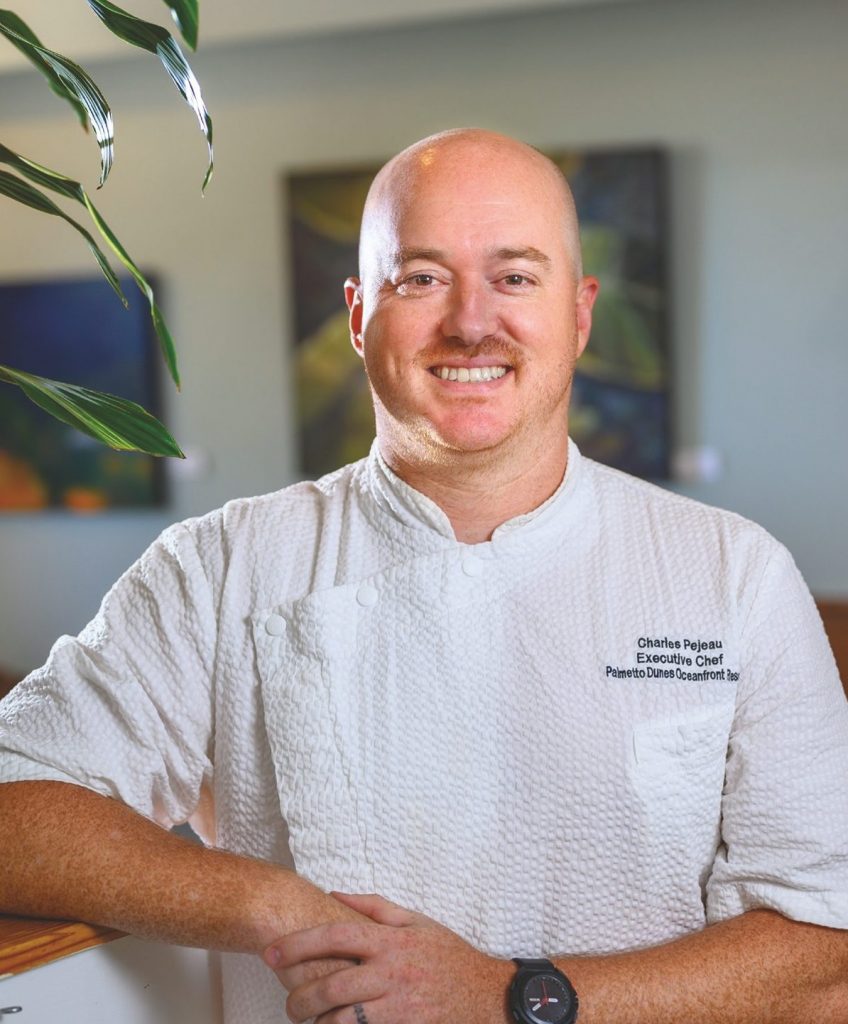 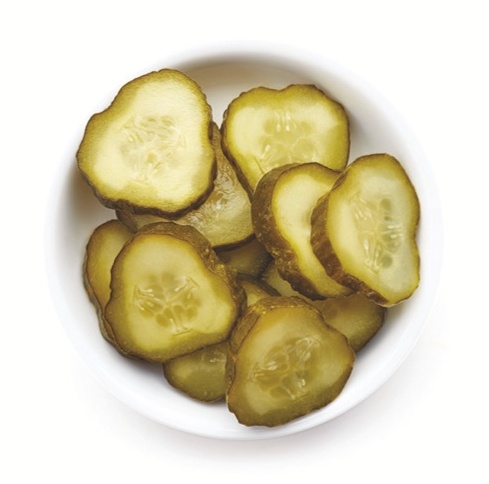 Bread & butter pickles
INGREDIENTS
2 English cucumbers sliced into desired thickness for pickle 1/8 inch (use a mandolin slicer or do them by hand)
1 small yellow onion, julienned
3 cups white distilled vinegar
3 cups water
Half tablespoon of dried turmeric powder
1 tablespoon of pickling spice
1 cup white sugar
Quarter cup kosher salt
Optional: add a halved chili pepper for some heat
DIRECTIONS [1] Place cucumbers and onions in a large bowl or Tupperware (you want this to fit inside of the fridge so base the selection on that). Sprinkle a quarter cup of kosher salt on the cucumbers and onions and mix thoroughly. Let sit for 15 min. [2] Mix vinegar, water, sugar, pickling spice and turmeric in a sauce pot and bring to a boil. After 15 minutes rinse the cucumbers and onions so that all the salt is off of them, and no liquid remains in the vessel. Salting them allows moisture to be removed and opens the pores of the cucumbers and onions so that they can easily be pickled. [3] After they are rinsed and drained, pour your hot pickling liquid over top of them (make sure you strain the liquid because you do not want any of the pickling spice in the pickles). [4] Refrigerate pickles for a day and then move them into smaller containers if you desire. The pickles will last for 3-4 weeks. 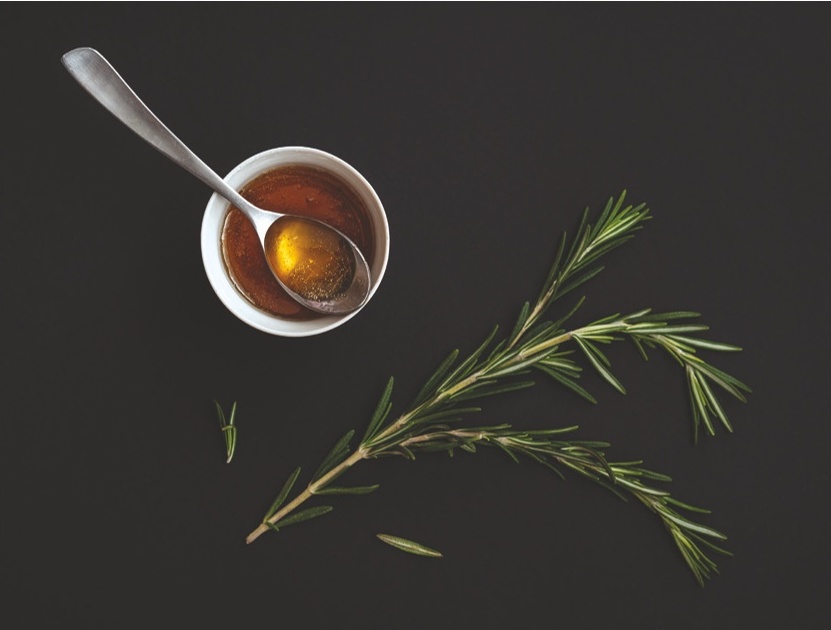 Spiced honey INGREDIENTS
1 cup honey
2 sprigs of rosemary
Pinch of chili flakes
Pinch of salt
Pinch of black pepper
I clove smashed garlic
DIRECTIONS [1] Combine everything into a small sauce pot or saute pan and bring up the temperature slowly until the honey becomes very loose. [2] Remove from burner and let it cool at room temperature.