Art and beer lovers: The Midwest is calling.

Grand Rapids, Michigan, is a three-time winner in USA Today’s best beer-city poll. These accolades, coupled with the Beer City Ale Trail featuring more than 40 breweries including Founders Brewing, makes a strong case for a visit to “Beer City USA.” 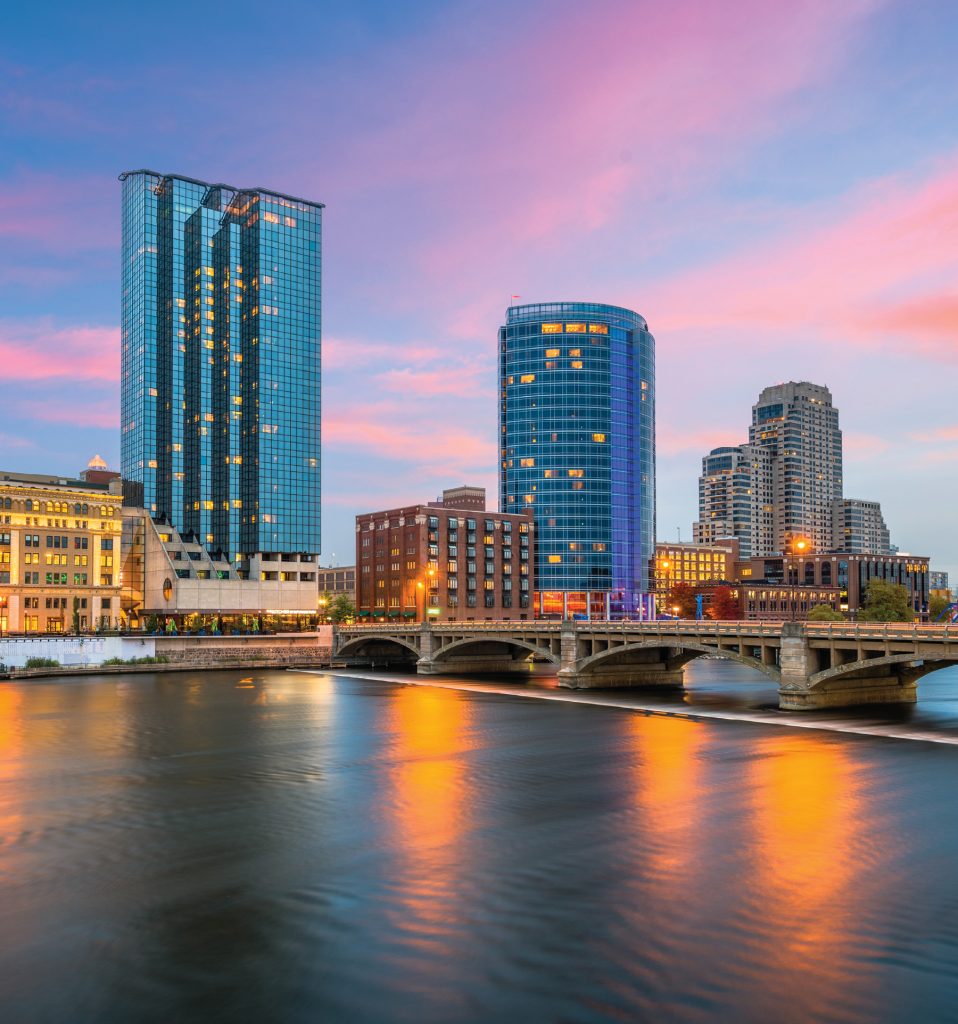 Other beverages are making their mark here as well. An emerging distillery scene is highlighted by Eastern Kille on the eastern banks of the Grand River, which makes bourbon, gin and whiskey with water from the Great Lakes and Long Road, producing vodkas and botanicals, whiskey, brandy, and liqueurs. And only a little less potent are craft coffee options including Madcap, Ferris, Sparrows and Rowsters.

Once a conservative, somewhat sleepy town famous for furniture, Grand Rapids now boasts a diverse population of nearly 200,000 and the ever appealing combination of big-city excitement with small-town community pride and closeness.

A robust annual lineup of events brings in visitors and residents, notably ArtPrize, the world’s most attended public art event. Every fall more than 500,000 visitors come to see hundreds of artists display their works throughout downtown. This “radically open” art competition always finds new ways to connect people with art.

Another art-lover’s stop is Frederik Meijer Gardens & Sculpture Park, a combination of sculpture park and botanical garden. One of the world’s 100 most visited art museums, it’s the perfect half-day immersion, which can go longer in summer when they stage a series of concerts.

Like many cities Grand Rapids is defined by its neighborhoods. Among the most popular stops for locals and visitors alike is Eastown, a 70-square-block district that’s been transformed from a commuter suburb to a walkable, mixed-use neighborhood rich with businesses, retail and restaurants.

Donkey Taqueria, a one-of-a-kind Mexican street-food restaurant located in a former gas station, occupies a prime spot in the heart of Eastown. If it’s too crowded, walk across Wealthy Street to The Winchester, where pub food and handcrafted cocktails are served among exposed-brick walls. Go on weekends for the Bloody Mary bar and live jazz.

A few other “must stops” during your time here:

• The Gerald R. Ford Presidential Museum, located in the city’s northwest quadrant, is also the burial site for our 38th President and his wife, Betty.

• Heritage Hill Historic District, one of the nation’s most enchanting old-house neighborhoods, is an easy walk from downtown. Among the 1,300 19th- and early 20th-century houses is nearly every style of American architecture, from Greek Revival to Prairie, some dating back to 1844.

• Grand Rapids Downtown Market boasts 24 retail shops and thousands of square feet of market space, with something to satisfy every appetite. It’s also the first LEED-certified market in the country.

Where to eat and drink

For dining downtown, don’t miss Luna’s for Mezcals and food that its website describes as “the love child of Latin American and West Michigan cultures.” Or seek out the always entertaining Max’s South Sea Hideaway, which features one of the world’s largest Tiki glass collections, set in a two-story urban, immersive dining and drinking experience. Also on your list should be Butcher’s Union – Meat & Whiskey.

New on the scene is Social Misfits, which serves 12 scratch-made waffle dishes, along with artisanal coffee from Great Lakes Coffee Roasting Company and craft cocktails. The most popular downtown breakfast spot is Little Bird, a European café that’s an easy walk from most of the city’s major hotels.

Grand Rapids has many stellar retail establishments, locally owned and operated boutiques and storefronts that can be found in almost every neighborhood.

You’re sure to find favorites of your own as you stroll, but keep an eye out for Counting House (home store and lifestyle items), Gemini Handmade (a family operated, handcrafted-leather-goods studio and gift shop), and Clothing Matters (featuring local, regional and international designers, with a focus on responsible manufacturing and eco-friendly apparel).

Have a little more time? It’s only 13 miles to Ada, which has come a long way since its founding in 1821 by fur trader Rix Robinson. Known for its iconic covered bridge and as the world headquarters of Amway, Ada has been gentrified. Nestled near the convergence of the Grand and Thornapple rivers, Ada Village offers a varied mix of retail, dining and creative businesses. Walk, poke around the shops, stroll the river path and be sure to stop at Nonna’s: The Trattoria.

Don’t leave Grand Rapids without seeing the one-of-a-kind Original Football Bowling Pin Game. What started as a one-lane mashup of football and bowling is quickly becoming a national sensation. Throw a football at 10 bowling pins until someone knocks them all down. Drink. Repeat. 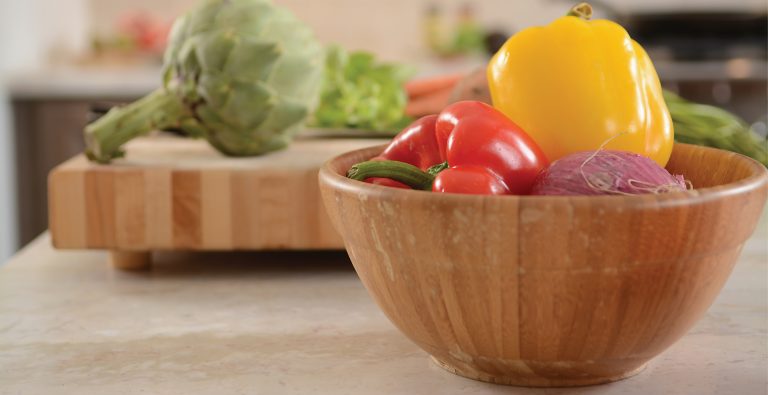 Story by Kristin Castner  +  Photography by Anne A message from your body. If you are like me, keeping your… 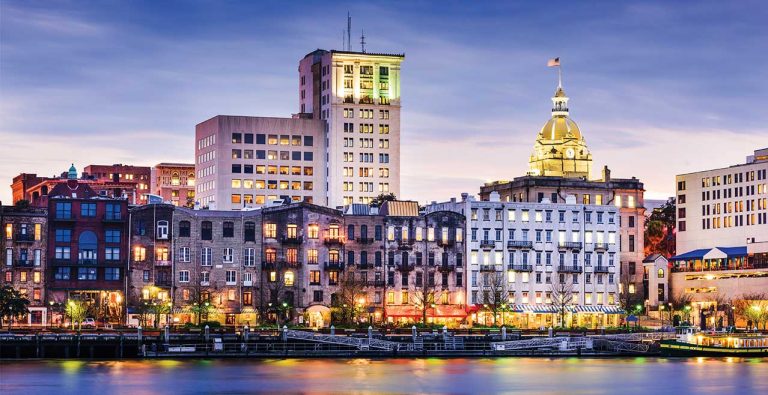 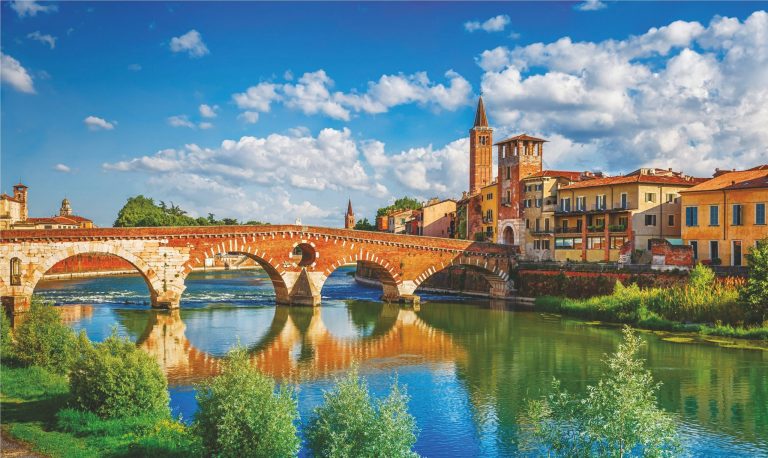 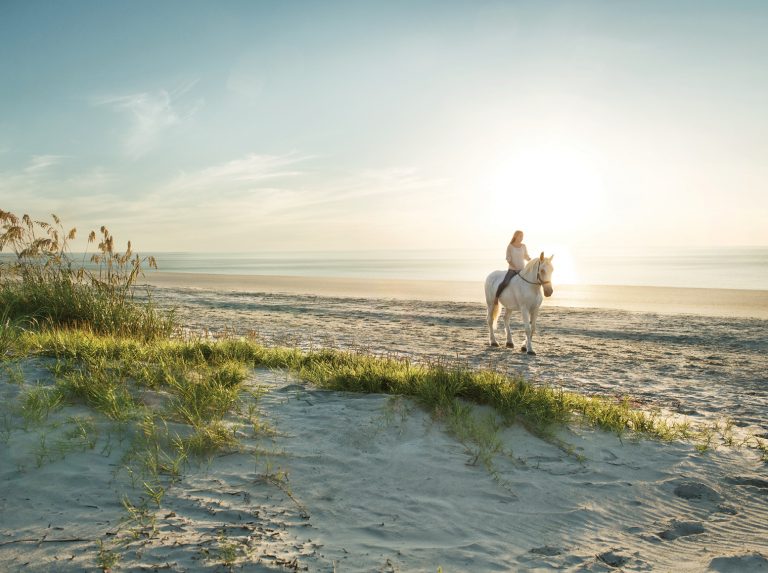 A ‘just right’ getaway in the Blue Ridge Mountains