Florida’s ‘Capital of Latin America’ is just a short flight from SAV.

Miami is home to the largest population of Latin Americans outside of the region itself. Although nestled in between two national parks, Miami is anything but remote, thanks to the direct flights offered from Savannah/Hilton Head International Airport. Hop on board an hour-and-a-half flight to check out all that the cruise capital of the world has to offer. Travel back in time on a drive through Miami’s art-deco architecture or lose track of time at the poolside of an iconic boutique hotel. Whether you are looking for a glimpse into futuristic style or to reminisce in the past, Miami is the perfect getaway for year-round summer weather just a short flight away. 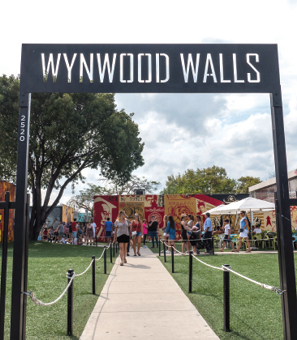 Wynwood Walls
In 2009 the state of the Wynwood warehouse district was silent and dim. Artist Tony Goldman sought to revitalize the area by covering the windowless structures with a series of colorful murals. As his project grew in size, so did its appeal to other street artists. Today 80,000 square feet of walls have been covered in graffiti and street art from over 50 American and international artists. Featuring more than 35 original murals, Wynwood Walls has been called “a Museum of the Streets.” Be sure to check out the murals by Latin American artists Neuzz from Mexico, Inti from Chile and Lady Pink who was born in Ecuador. Tickets to enter the Wynwood Walls cost $10 for anyone over 12 years old; however, soaking up the public art of Miami’s streets is free for those willing to stroll around the block on their own. 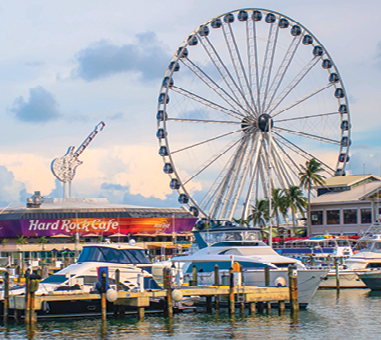 Skyviews Miami Observation Wheel
Looking to sightsee? Look no further than Miami’s newest tourist attraction, Skyviews Miami Observation Wheel in Bayside Marketside. It is a sight you cannot miss, as the 200-foot-tall Ferris wheel has made its mark along the city’s coast since it opened last year. Boasting views of Biscayne Bay, Bayfront Park and the many skyscrapers that make Miami so recognizable, Skyviews is a stairway toward an air-conditioned heaven for those visitors who want to take in the city without walking in the heat. With a general ticket ringing in at $17.06, you can cool off in one of 42 climate-controlled gondolas at this must-see stop in the Magic City. 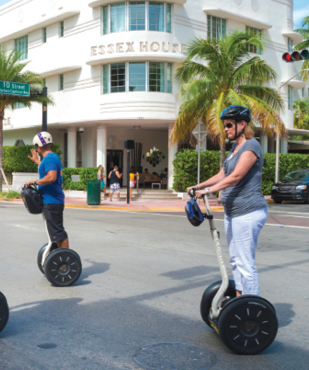 Art Deco Segway Tour
While this mode of transportation might be a touch anachronistic, an à la mode tour of Miami’s historical district will give you a peek inside its art-deco past. With a Segway tour through Bike and Roll Miami, you can ride in style while a professional guide gives you the lowdown on the most iconic spots in the city. Glide through South Point Park, venture past the Versace Mansion and check out the architecture dotted along Miami’s famous Ocean Drive. These two- to three-hour tours run twice a day. 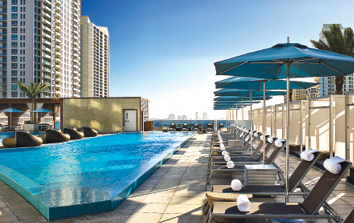 Kimpton Epic Hotel
Recently renovated, this downtown hotel towers above the Atlantic Ocean, providing guests with expansive views of Miami’s skyline and beaches. Despite its proximity to the hustle and bustle below, a stay in the Kimpton EPIC is the ultimate relaxation experience. Cool off in one of two rooftop pools located on the 16th floor, then head over to the Area 31 Restaurant for some locally sourced seafood. 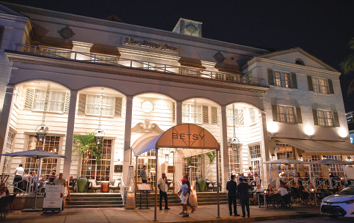 The Betsy
Located on the tail end of Ocean Drive in Miami’s South Beach, the Betsy is sure to indulge your every sensibility. Take in an ocean sunrise from the rooftop deck before enjoying a spa day in the comfort of your own room. Massages, facials, mani-pedis and more come to your door, thanks to this family-owned hotel’s impeccable concierge services. 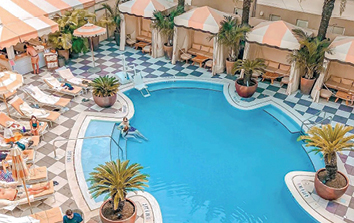 The Plymouth
At the Plymouth, Alice in Wonderland meets sophisticated luxury in the center of South Beach’s Collins Park. If you want a low-key getaway or an indulgent suite experience, the Plymouth has a set of artfully decorated rooms designed for prioritizing comfort. Views from the balcony suites overlook the original 1940s Art Moderne pool that has been named as one of Miami’s top pools. 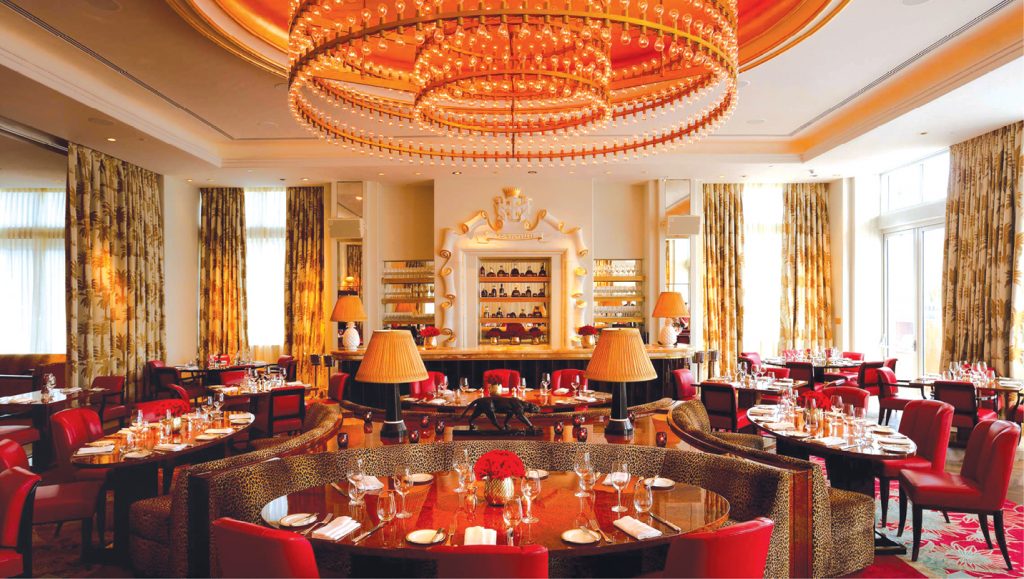 Los Fuegos By Francis Mallmann
Based in Faena Hotel Miami Beach, Los Fuegos by Francis Mallmann serves breakfast, lunch and dinner to hotel guests and any food aficionados looking for some authentic South American cuisine. This celebrity chef draws on his Patagonian roots for inspiration in his upscale restaurant. Having designed a number of wood ovens and an open-fire grill, Mallmann appeals to all kinds of palates with an encompassing menu that spans Argentine, Chilean, Australian and Mediterranean dishes. If Mallmann’s fiery array fails to take your breath away, a look around the intricately designed dining room is sure to make your jaw drop. A tiered chandelier, intimate lounge seating and an eye-catching bar will satisfy your visual sense while your savory one is served. $$$$ 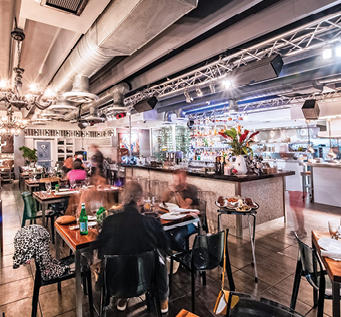 Las Vacas Gordas
Did you know that Argentina has more cattle than people? Renowned for its phenomenal steaks and asado dishes, Las Vacas Gordas on Normandy Isle in Miami Beach encourages diners to “Come hungry. Leave happy.” Both of these are easy to accomplish given this Argentinian steakhouse’s large portions and diverse menu. Since 1996 Las Vacas Gordas has brought Argentinian meat to Miami, giving visitors a taste of authentic Latin American cuisine. If you mosey over to this Floridian take on a Latin American classic, be sure to order the enrollada “the rolled one,” which is a signature steak paired with a house-made chimichurri sauce. In addition to its plethora of meat-centric meals, Las Vacas has plenty of vegetarian options for those who prefer to graze like the restaurant’s namesake. $$$

La Mar by Gastón Acuro
Acclaimed chef, owner of 40 restaurants in 12 countries and host of a weekly cable news program, Acurio worked with the Mandarin Oriental Hotel to create a contemporary restaurant setting for his culinary creations. La Mar’s menu features novo-Andean plates, a selection of anticucho options, and made-to-order ceviches. Sip on a traditional pisco sour or try one of Acurio’s modern adaptations like the Lima Limon cocktail. However you are looking to dip your toes into Peruvian flavors, a dining experience at La Mar is unlike any other. As it features two outdoor terraces with sweeping views of all that Miami has to offer, this Latin American restaurant on the Florida coasts gives Lima a run for its money on culinary classics with a contemporary twist. $$$