The person behind wearable history

Elizabeth Locke didn’t grow up wanting to be a writer for a national magazine, or a world-renown jeweler, a many-times-over world traveler or a skilled historian.

She didn’t imagine herself having an iconic house in a small South Carolina coastal town or hosting 1,000 visitors on Halloween night. She didn’t dream of owning a Virginia farm and raising Angus cattle. Nor did it occur to her that she would be wildly successful in business.

But, alas, all those not-dreams came true. Today, Elizabeth Locke is a nationally known jewelry brand. 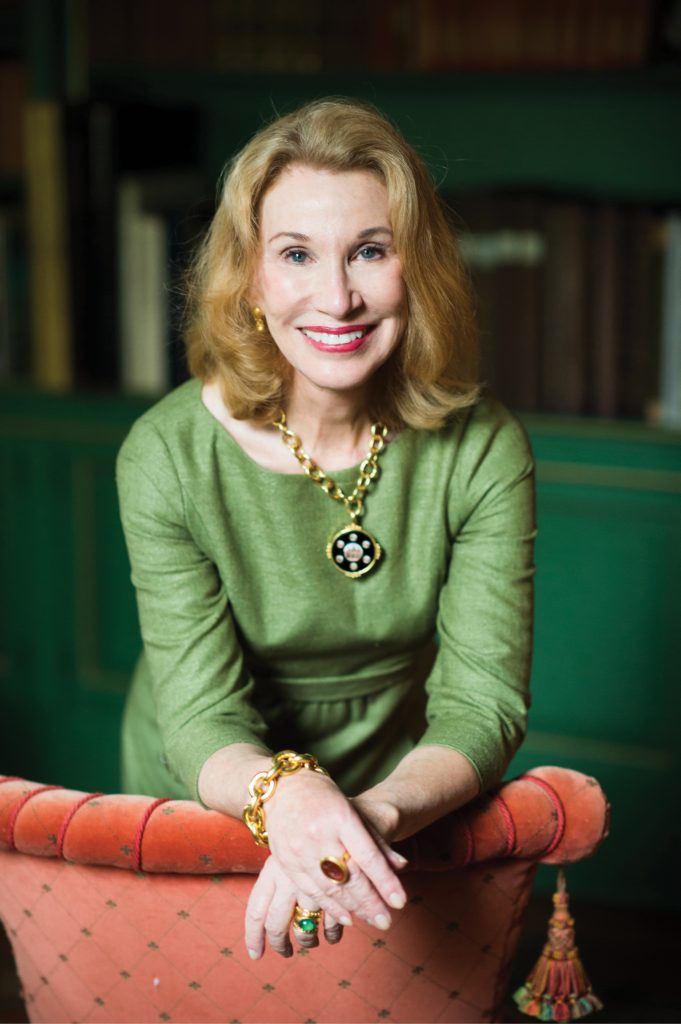 The brand, Elizabeth Locke Jewels, rates museum collections, exclusive billing at Neiman Marcus, requests from the finest jewelry stores in the country and a constant stream of national accolades and media attention. The line specializes in handcrafted  one-of-a-kind pieces so exquisite the Virginia Museum of Fine Arts wrote a book about her collection of antique micromosaics. Her stores in Boyce, Va., and Manhattan earn rave reviews for atmosphere and design.

Locke, the person, grew up in Staunton, Va., the daughter of an English professor at Mary Baldwin College. Her father wrote a textbook that went into 15 editions, generating royalties that enabled the family to tour ancient ruins around the world each summer. It was on those travels that Elizabeth first saw 18th and 19th century micromosaics, miniature scenes created by juxtaposing tiny glass tiles on a prepared adhesive surface.

She earned an English degree at Duke University “like everyone else,” she said, then studied at the University of Florence, earning a master’s degree in Italian literature.

She lived in Italy for six years and started a home décor business. “It’s very hard to have a business in Italy. It’s very bureaucratic.” A recession was the business’s death knell.

She returned to the US. It was her fluent Italian that led her to working for an Italian business magazine that wanted to expand to the US, which led to an exclusive party in New York at which she met Frank Zachary, then-editor of Town & Country magazine.

I didn’t have a plan for my life, I just went with the flow,”

She pitched story idea after story idea, to no avail. “I don’t give up easily,” she said. Then an English translation of an Italian article arrived nearly illegible and Town & Country asked Elizabeth to fix it. She did and she was in.

“I didn’t have a plan for my life, I just went with the flow,” she said.

On to the next step of her life’s evolution. Town & Country sent her to Bangkok for a story about shopping and having jewelry custom made. As she toured the workshops, she appreciated the craft, but didn’t care for the designs the goldsmiths were creating.

“I thought, ‘how hard can it be?’ That’s a phrase that will always get you in trouble,” she said.

Not one for partial measures, she returned to New York and studied gemology. She concluded that 19 karat, not 18 or 24, created a softer, more flattering shade of gold for jewelry. She borrowed money from her father-in-law and returned to Bangkok, overseeing the production of her designs that to this day are completely handmade.

“I thought the jewelry would be just some added income, a sideline for my work as a writer,” she said.

She brought back to New York a tray of pendants, rings, brooches, bracelets and charms, catching the eye of a publicist. Two months later, her work was on the cover of W magazine. That was 1989. Her jewelry would be anything but a sideline.

Early on, her husband, John Staelin, watched her at breakfast counting stacks of checks at the dining table. “Are you keeping records?” he asked. “No,” she answered. John, a business consultant, nearly choked on his toast and immediately took over the business side.

She opened a store in Manhattan, but missed Virginia. She saw the general store in Boyce, Va., and transformed it, adding a second store.

Soon, both John and Elizabeth were traveling constantly for their respective businesses.

Where to find Elizabeth Locke jewelry

For sale: Croghan’s Jewel Box of Charleston
Online: Neiman Marcus
To view: Gibbes Museum in Charleston, Jan. 17-May 3 as part of the exhibit “A Return to the Grand Tour: Micromosaic Jewels from the Collection of Elizabeth Locke”

“Both of us couldn’t travel like that and still have a life together,” she said. They decided it was a good time for John to retire. That was 20 years ago. “He handles the business side, the spreadsheets, and I handle the design,” she said.

Some of her most unique designs utilize antique micromosaics that she finds on her travels.

Micromosaics were sold to travelers on their Grand Tour through Italy in the 18th and 19th centuries. Made into jewelry, boxes, and paper weights and sold as easily carried mementoes, micromosaics passed out of fashion toward the end of the 19th century. The Gibbes Museum in Charleston is exhibiting a collection of 92 pieces from Elizabeth’s private collection.

When asked how they ended up in Beaufort, Elizabeth said, “By accident.”

She and John had driven down the East Coast on their honeymoon in 1979 and stopped in Beaufort. They never forgot it.

Then, John saw an ad in the Wall Street Journal in 2012 showing a house in Beaufort known as “The Castle” that was for sale. He told Elizabeth about it.

“I was in Bangkok, so I told him if it was still for sale when I got back, we’d go look at it. We never intended to buy it,” she said. “Really, ask (realtor) Edward Dukes. We didn’t intend to buy it,” she insists.

But the renovations  previous owners the Rauchs and the Bealls had done were stunning, particularly the ground floor. Once a root cellar with dirt floors, the level now has guest suites, a caterer’s kitchen and office space. The infrastructure also was brought up to date.

“We didn’t have to do a thing to the house — even the paint colors were perfect” Elizabeth said.  “We loved it at first sight.”

Owning a historic house didn’t faze them. Their farm in Virginia dates to 1816. The Castle is “newer,” having been built in 1859.

They’ve hired a historian to research the house, its name derived from the rampart-style roof and the marsh in the side yard that looks like a moat.

“We’re attempting to separate the truth from rumors,” she said. 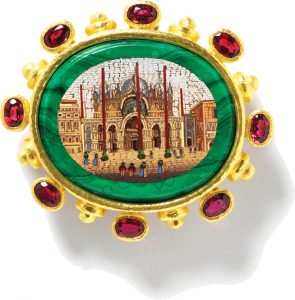 The historian, digging through records at the Library of Congress, confirmed that the house was used as a hospital during the Civil War. More than 700 Union soldiers, most of them formerly enslaved, were treated there.

Further study has found many accounts of the ghost that lives on the ground floor, making himself known only to children.

“Allegedly, he was part of the Ribaut expedition and haunted the marshes for hundreds of years until this house was built in 1859. I guess he was just waiting for it,” she said.

Because of those stories, the house has always been part of the annual Beaufort Ghost Tours. John and Elizabeth embraced that history, inviting the Beaufort High drama club to populate the house for Halloween performing scary vignettes. Thus, the 1,000 visitors through the house each Halloween.

Elizabeth and John also are updating the gardens that incorporate the original 19th century box parterres. “We’ll plant almost anything that will grow here but I especially admire camellias,” she said.

“We love Beaufort. Our farm in Virginia is pretty isolated, so we weren’t used to having neighbors. We’ve met so many great friends. We enjoy running into people we know at restaurants, on the street, in the grocery store. Everyone is so nice and friendly. Beaufort is so beautiful. It’s a magical place.”