In a simple home kitchen located in upstate New York, Judd Foster helped his mother prepare meals for their family. He quickly procured a passion for cooking and delved into the world of culinary arts. In 2000 Foster started to barbecue, and through trial and error he created signature flavors that hearkened back to those days with his mom when she taught him the craft of cultivating tasty dishes.

Foster competed in several barbecue competitions in New York before making the move down south to barbecue beacon, Atlanta. Foster prides himself on being self-taught, learning and practicing traditional Southern barbecue techniques. From Texas-style brisket to Carolina hog, Foster said he has learned practically everything there is to know about smoking meat to perfection and adding a glaze or rub that perfectly tops an already delicious smoke.

In 2014 Foster met his future wife, Kate, and said it was a match made “just south of heaven.” They shared a love that extended further than the kitchen, got married in 2015 and opened up their first catering business called South of Heaven BBQ. Judd and Kate catered in the Atlanta area and surrounding cities, filling up the bellies of people all across Georgia. At that time, Judd also worked at Many Fold Farm as a cheese maker, where he made award-winning cheeses.

In 2017 Judd and Kate welcomed their son, Charlie, into the South of Heaven BBQ family, the same year South of Heaven was named “Best Caterer in Atlanta” by Creative Loafing arts and culture magazine. 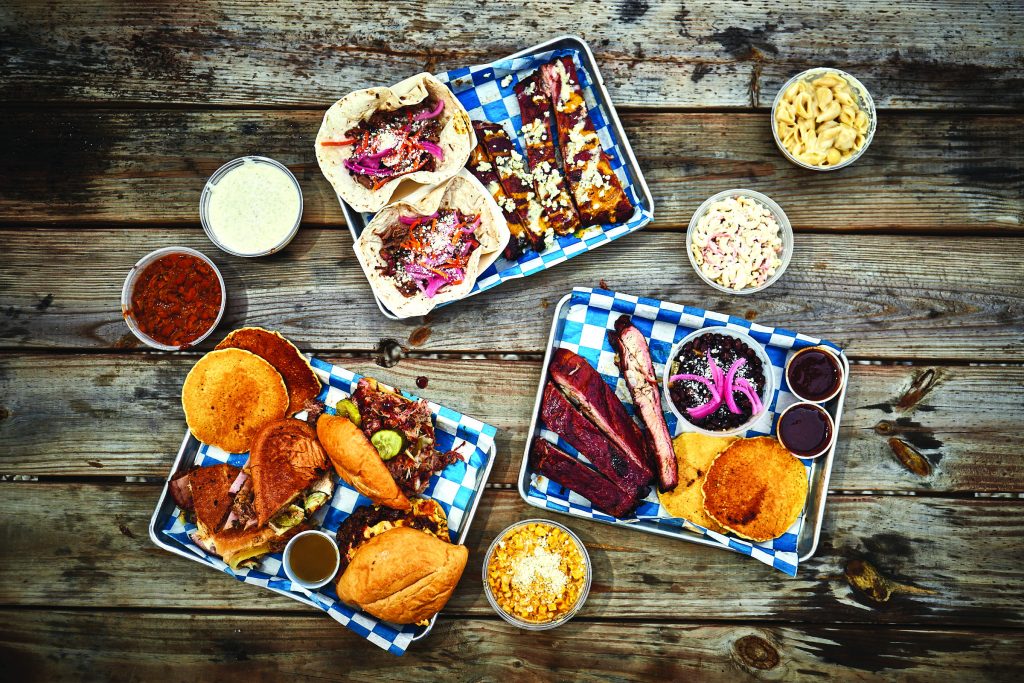 The Fosters decided to take the leap and open their first brick and mortar in Carrollton, Georgia, the very next year. Their success led them to quickly outgrow the space, so they moved to the Maple Street Mansion, also in Carrollton. After Covid forced the Fosters to close down for three months, South of Heaven BBQ re-opened for curbside pickup and limited dine-in service. With less than a quarter of the staff on hand, the Fosters fought every day to make their home at The Mansion work under extreme conditions, but they knew another move was in their future.

Now in Brunswick, Georgia, the Fosters plan to introduce amazing barbecue with no boundaries. “We are thrilled to be in the Golden Isles,” Kate and Judd said. “This place holds a special place in our hearts, and we are lucky to call it home. We have a passion for everything. Food, fire and meat.”

The Fosters will bring South of Heaven BBQ north next month for the upcoming Rock N’ Ribs Music and BBQ Fest on Hilton Head. They will participate as pit masters during the classic rock n’ roll weekend celebrating barbecue, the people who make it and the people who eat it. 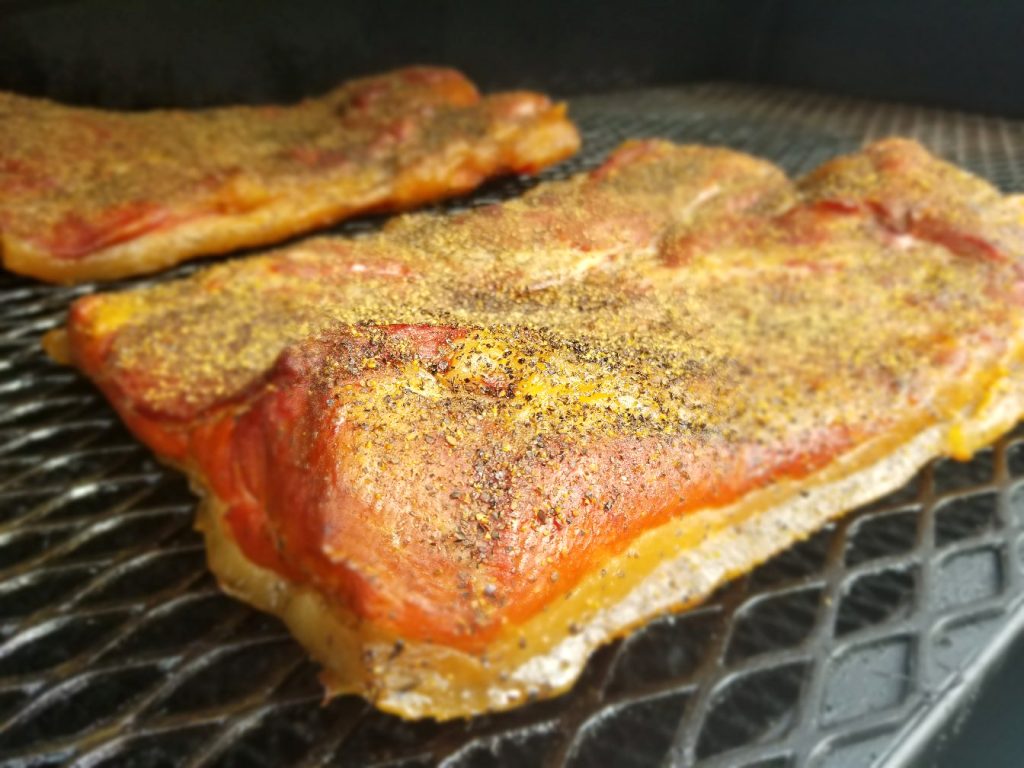 Directions Mix all ingredients in a bowl. Store in an airtight container or keep in the freezer in a
resealable plastic bag.

You can always add seasoning, but once it’s in there, you can’t take it out. Use a little at a time.

Barbecue is meant to be cooked low and slow.

There’s always more than one way to skin a cat, so always be confident in your abilities.

If it needs sauce, it’s not good barbecue. Sauce is a complement, not a requirement. 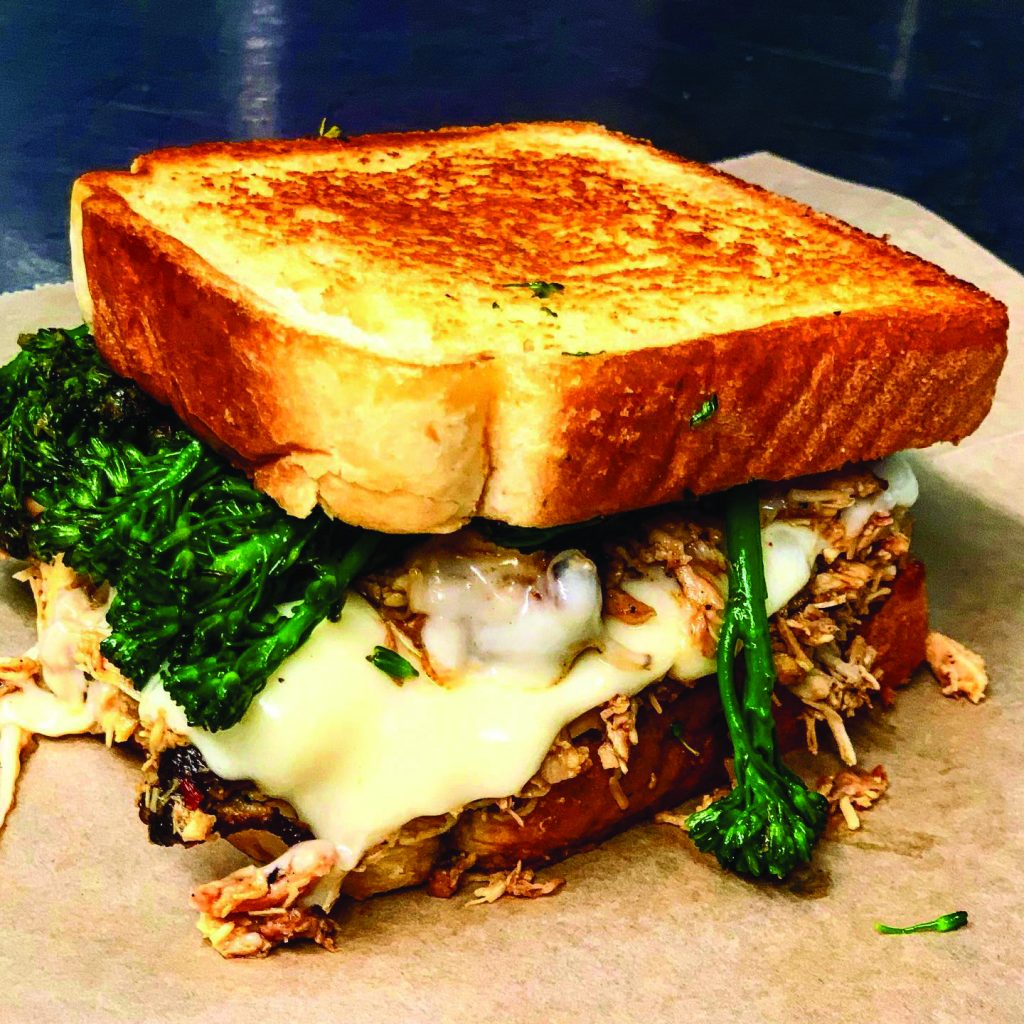 Directions [1] Take a pack of chicken thighs and use a SPOG rub (salt, pepper, onion, garlic) and apply somewhat generously. [2] Put thighs on a Lang BBQ Smoker when it reaches 250 degrees (No Lang BBQ Smoker? No problem. But the effect won’t be the same). [3] Cook (or bake if no Lang BBQ Smoker) the chicken until an internal temp of 165 degrees, mopping the chicken toward the end of the cook with a simple vinegar mop with red pepper flakes and a little brown sugar. [4] Drizzle a nice olive oil over the broccolini and season with salt and pepper. [5] Put thighs in a hot skillet to finish tenderizing and to get a little char. [6] Toast your favorite bun, add the chopped chicken to a skillet and add two slices of Swiss to let it get nice and bubbly. [7] Add your rosemary mayo to the bottom of your toasted bun, add your chicken and Swiss and then top it off with your smoked charred broccolini.

Directions [1] Mix two tablespoons of minced garlic with a few sprigs of finely chopped rosemary after de-stemming. [2] Add to a cup of mayo and mix thoroughly. Better if it sits overnight. 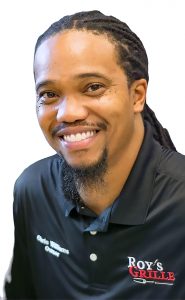 Chris Williams was one of three chefs named South Carolina Chef Ambassadors for 2022 by the SC Department of Agriculture. The ambassador program was created in 2014 to highlight South Carolina as a top culinary destination.