Secession scholarship honors those killed in 9/11. 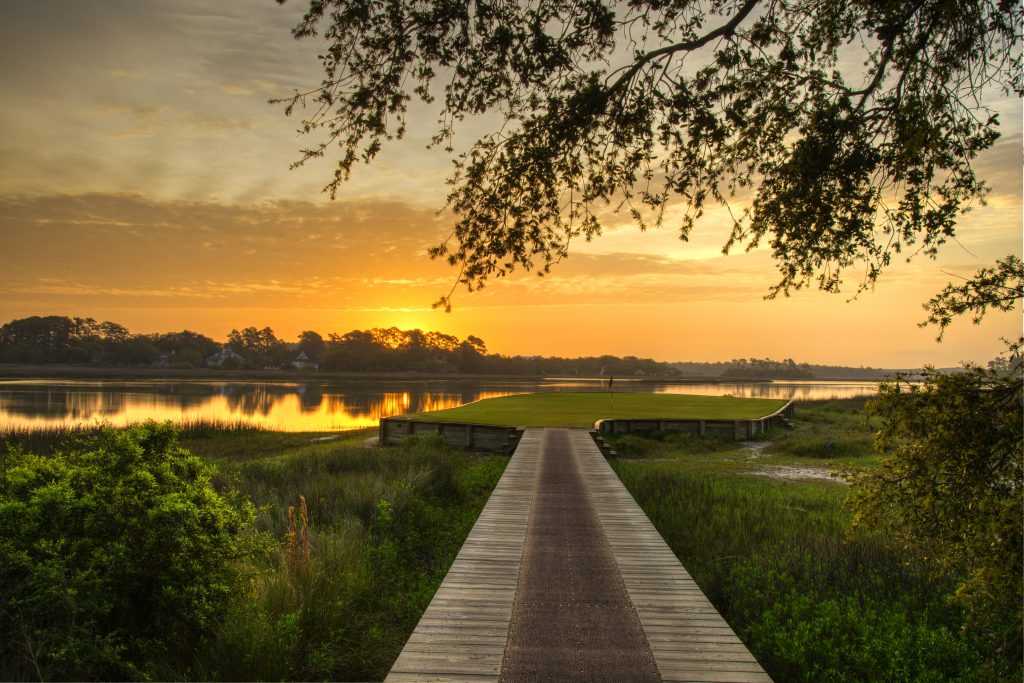 From the very beginning, Secession Golf Club has been about the tradition of golf, the way it was first played. One walks the links-style course amid a group of friends with a caddy alongside offering deep knowledge of the course’s bones and how it should be played.

When the national course on Gibbes Island in Beaufort first opened in the early 1990s, there wasn’t even a clubhouse, just a caddy shack with coolers of beer on ice. Staff fetched sandwiches from Alvin Ord’s across the McTeer bridge.

Secession Golf Club, founded just 33 years ago, quickly established an international reputation (and eventually a clubhouse) as a club that was relaxed, friendly and down to earth. Men who never, ever hugged people did so when they entered the clubhouse. They worked their way to the front porch, one embrace after another. It was all about golf, camaraderie, and that incredible, unimpeded view of Distant Island Creek at sunrise. As a national course, its members come from all over the world, traveling to Beaufort for a few days dedicated to golf. Its name unabashedly connects the club to its location. South Carolina’s secession effort that led to the Civil War was centered in what was the Beaufort District. Winter is peak season for the club and to create perfect playing conditions, the course is seeded with blindingly green grass that nearly glows.

So, when two club members were killed in the World Trade Center on 9/11, members first reacted in anger toward the terrorists, but quickly funneled that fury into thinking of a way to honor Jeff LeVeen, 56, and Stephen Roach, 36. Thus, the LeVeen-Roach Scholarship that is now part of the fabric of Secession—literally. Nearly every member makes regular contributions to the fund. Other fundraisers include an annual tournament led by LeVeen’s son, Jeff Jr., who chairs the fund’s board. The fund has helped more than 150 students go to college. Since 2001, more than $1.3 million has been awarded, with grants ranging from $350 to $17,500. The board looks at each application and makes a determination for that individual.

“The goal of the scholarship fund is to make a difference in the lives of the recipients and to have something positive come out of the tragic deaths of Jeff LeVeen and Stephen Roach,” said member Mike Ayrer of Philadelphia, president of the fund’s board.

“The number of applicants increases each year, “ Ayrer said. “This year, we have 75 applicants, which is a record.  We currently have 57 students receiving scholarship award money, which also is a record. We’ll probably have 60 recipients next year.”

Some of the initial recipients were right in front of the members. They worked at the club, in the kitchen or as caddies or housekeepers, or were their children. The multimillion dollar fund has since expanded to help anyone locally whose life has been enhanced by golf. Mark Anderson, a Beaufort native and now a PGA Tour pro, began his golf career at Secession picking balls off the driving range. He received a scholarship so he could attend the University of South Carolina.

Myndi Pender’s first connection to golf began as a child in Beaufort. Her mother worked at a Cat Island golf club while she was growing up. Myndi started with junior golf, but soon was spending summers retrieving golf balls from water hazards and selling them. “I liked that better than playing golf, but if not for being around golf and knowing about Secession, I never would have applied to work there.”

Her beginning at Secession was modest. She started in 2004 as a dishwasher. “I started from the bottom.” After several years working in the kitchen, she realized she wanted to work the front of the house. “I picked the career and knew I needed an education to back it up.” The LeVeen-Roach Scholarship will help her earn a bachelor’s degree, debt-free, from the University of South Carolina-Beaufort. Now the club’s food and beverage director, she jams most of her classes into the summer term when the club is closed.  “This place has become home to me,” she said.

Chris Summers, now director of accommodations at Secession, earned his college degree in business management, thanks to the fund and now sits on the scholarship fund board. His daughter, Morgan, is the next generation,  attending Clemson on a LeVeen-Roach scholarship.

Today, the lion’s share of scholarships awarded goes to those in the community without any connection to Secession. “Our scholarship winners have worked for organizations as diverse as worldwide consulting firms to local accounting firms to working at Secession itself,” said Ayrer.

Mike Harmon, director of golf and the face of Secession, has been at the club since the idea of a Lowcountry national golf course first percolated in the 1980s. He can recite the story of scholarship winner after scholarship winner and where that college opportunity led them in life.

“The LeVeen-Roach Scholarship has enriched my life because I can see how this club has blessed others. Seeing that has blessed me right back,” Harmon said. 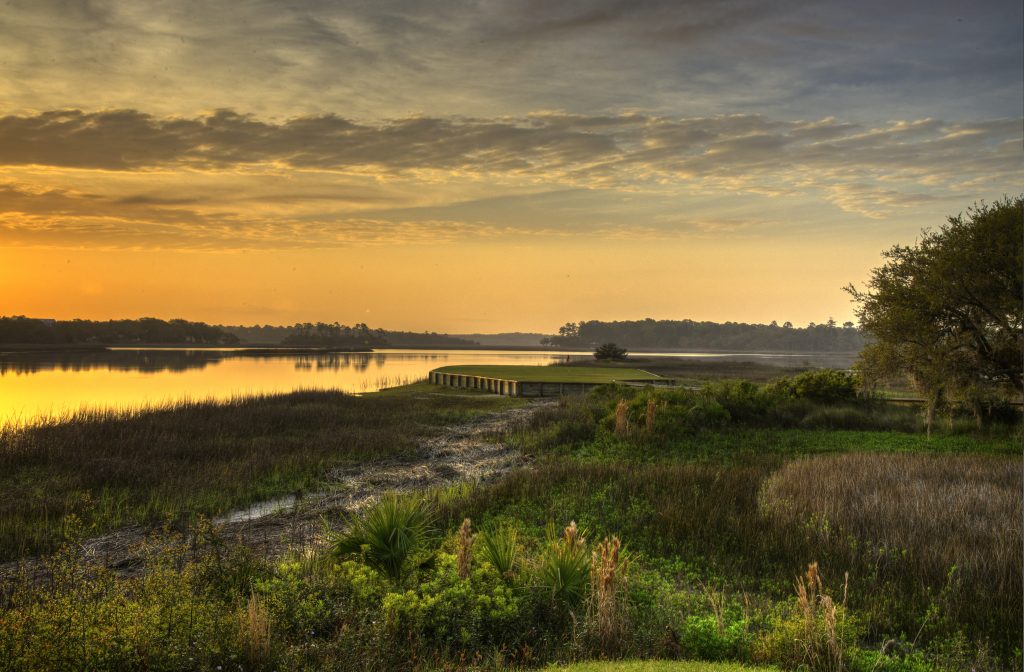 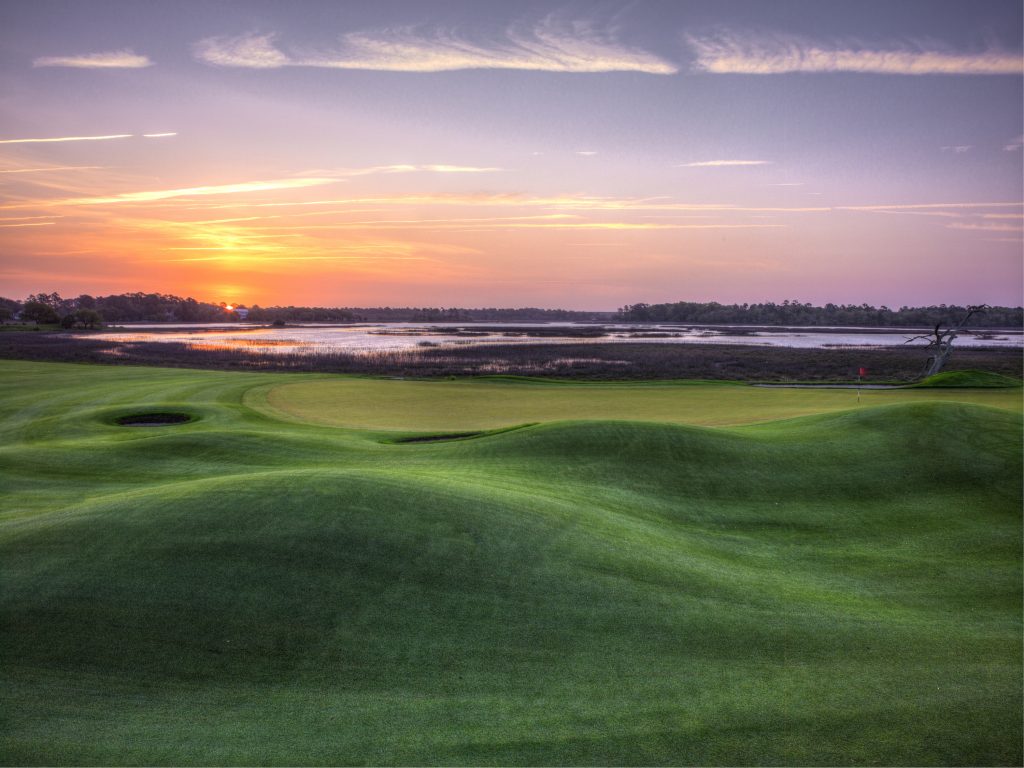