When you own a video company named Popcorn Octane, you might expect people to think of action-charged movies like Top Gun or Mad Max. But as Guy Smith found out a while back, naming your company Popcorn Octane also can bring the island’s fire marshal to your door to check out the safety of popcorn machines. After looking around at the array of computers, cameras and tripods, with no poppers in sight, the investigative crew quickly left. An amused Smith sat back down at the computer to continue editing a promo video for a car event.

In recent years Smith, who started his career as a stringer shooting for network and cable news, has been the go-to guy for Concours d’ Elegance videos both here and at a number of other Concours locales. Six years ago, he launched the Grand Motoring Film Festival, a Thursday night kickoff to the Concours weekend that celebrates “the intersection of automotive and cinematic artistry.” Here on Hilton Head pre-Concours aficionados gather outside the Arts Center of Coastal Carolina for car talk over hors d’oeuvres and cocktails amid classic and collector autos beforeheading inside to view films about, what else? Cool cars. That’s when Smith hits them with the “big wow factor” –– a headliner car on stage. For example, in 2019 Le Mans winner Hurley Haywood’s white Brumos Porsche 917 race car with its blue and red stripes commanded the spotlight. 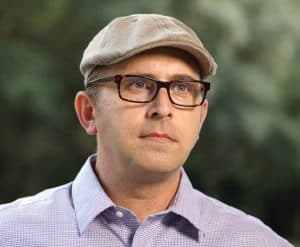 For the 2022 festival Smith has added a new component: a competition to honor the year’s top motoring films made by independent filmmakers, journalists, students, advertising and production companies. Winners will be announced Thursday night. Then enthusiasts can head over to Coligny Theatre on Friday for all-day viewing of top picks and Q&A sessions with the filmmakers. Smith hopes to make this North America’s premier motoring film festival.

Now hop into the passenger seat as we get the inside scoop.

[LOCAL Life] First let’s talk about the name of your company, Popcorn Octane.

[Guy Smith] I was doing contract work in Augusta and needed a new email address. At the time, I was watching an interview about the making of the original Top Gun when one of the interviewees used the phrase metaphorically, describing how they wanted the fighter jet sequences to be so intense, they are a “popcorn octane” to the audience. What I liked about the name is that if I’m doing my job right, when people watch one of my videos, they’ll be fully engaged.

[LL] When did you first get interested in cars?

[GS] I was always into cars. Maybe it was from having Hot Wheels or Matchboxes as a kid. (I still have most of them.) When I was in high school, there wasn’t enough student parking, so a neighbor let me park in his driveway. One day I walked behind his house to his garage where he had a Porsche 911 Slantnose. It turned out that one of the businesses he owned was buying cars, fixing them up and selling them. I thought that was the coolest thing. So a couple of times a month I got to hop in the van with him and go to car auctions. Then I’d help him clean and prep the cars. That was when the car “bug” bit.

[LL] Popcorn Octane also does real estate, travel and other videos. What made you branch out to car films?

[GS] Back around 2004 I was sitting in the intersection of Arrow Road and 278 when three or four prewar cars went driving by. My friend, Porter Thompson, always knew everything that was going on on the island so I called him and said “I just saw these cool old cars.” He said, “They’re here for the Concours.” “Concours?” I asked. “It’s a car show,” he replied. Next thing I knew, I had a meeting with Carolyn Vanagel, who was president of the Concours, and I pitched her on the idea of promotional pieces for the following year. I started filming in 2005, and I’ve worked for them ever since.

[LL] I just watched The Red Grifo, the documentary that you did on Darren Frank, who owns one of those iconic Italian cars.

[GS] It was a fascinating glimpse not only into his family’s history with the brand but also told the story behind its design. When I started filming automotive events, people began to approach me and say, “I want you to do a video about my car.” But the biggest challenge with old cars is that a lot of guys don’t like driving them. They don’t want it to get wet or take it on the road. So even though their stories might be engaging, people don’t want to look at talking heads for long periods of time. With Darren Frank, who’s one of the foremost experts on Iso Grifos, I was in heaven because we got to film a cool car, and he was willing to drive it. When I showed the film to my buddies, they said, “You should send it to a film festival. Since then, it’s been screened at several here in the States as well as one in the United Kingdom.

[LL] And that sparked The Grand Motoring Film Festival?

[GS] When Darren and I wanted to share the film with our friends coming in for the Concours, we thought why not rent a theater and show it there? So we brought it to the Coligny Theatre. But since my film is only twenty minutes long, we decided to show other documentaries, like Winning: The Racing Life of Paul Newman and Climb Dance, about Peugeot winning the Pikes Peak International Hill Climb.

[LL] There are so many great movies revolving around cars.

[GS] Film and cars were created around the same time and grew up together. Fatty Arbuckle had a film where they used the automobile races in Santa Monica as a backdrop while they were filming their scenes. Charlie Chaplin would have a Ford hit a pothole and break into a million parts. Then cars started becoming characters –– Herbie the Love Bug, the Cannonball movies, Smokey and the Bandit, Back to the Future.

[LL] How will you judge the new film competition?

[GS] Our categories include films of different lengths: documentaries, narratives, full features, student, commercial. A screener group, made up of industry pros, make the first cut. After that, our judges, who include Dutch Mandel (former editor and publisher at Autoweek), Jay Ward (creative director for the Cars franchise at Pixar Animation Studios), Simone Griffeth (star of Death Race 2000), and Ben Branch (founder and senior editor of Silodrome.com), will make the final selections.

[LL] In the end, what do you want people to come away with?

[GS] I want to take all those films and shorts that people watch on their phones, iPads and computers and put them on the big screen in the theater so they have that experience. Last year we showed a short film from a Hungarian musician. This guy’s video was a nod to the ‘80s. He had a DeLorean time machine, a Knight Rider K.I.T.T. car, a Mad Max scene, and a Ferrari Testarossa a la Miami Vice. Most people wouldn’t have seen that film otherwise. It was awesome! LL 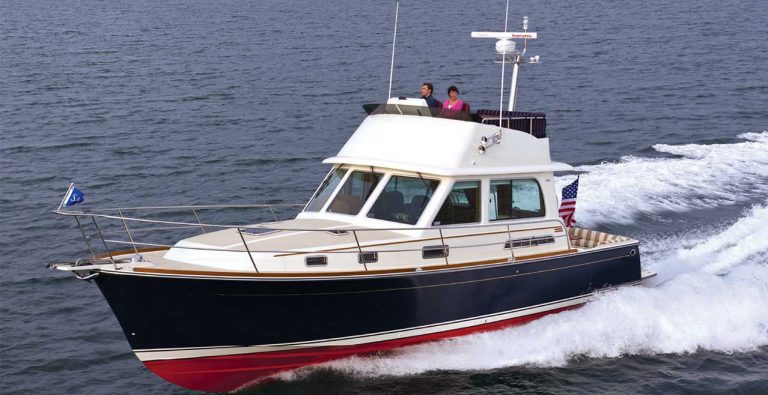 Boating is a way of life in the Lowcountry. And if you’re going to do it, you might as well… 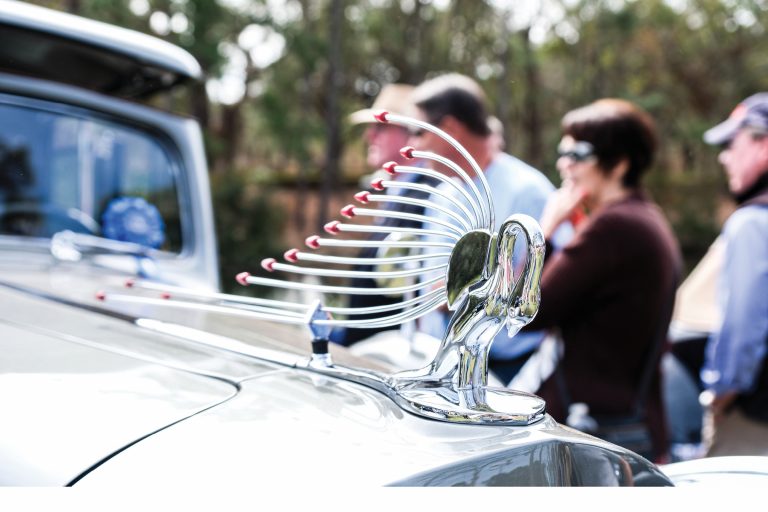 Remembering Norm Galli And his special gift to the owner of the Packard that rolled into the lagoon. Story by… 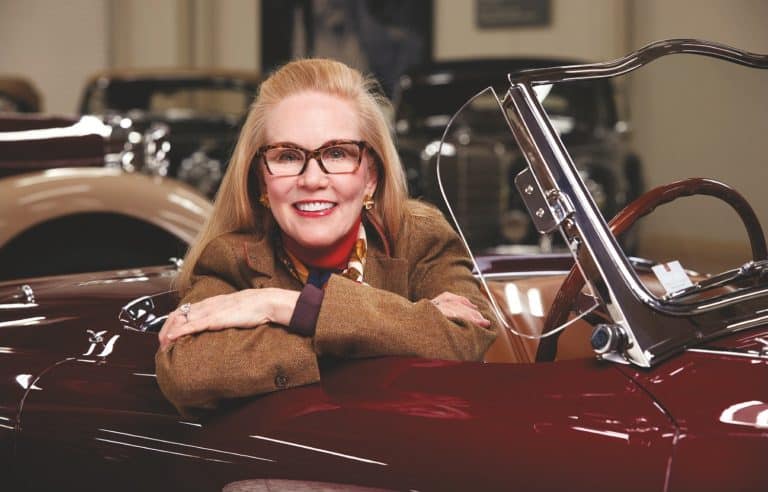 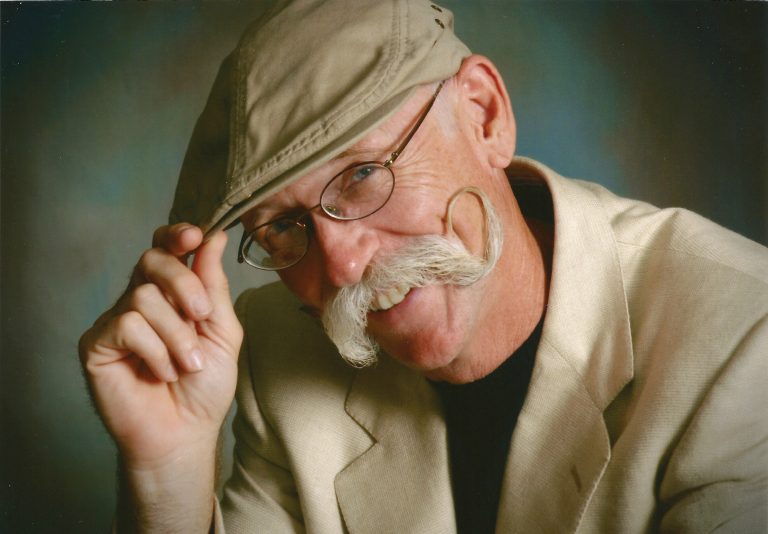 The brains — and the moustache — behind ‘My Classic Car’ is this year’s Car Club Showcase announcer. Story by… 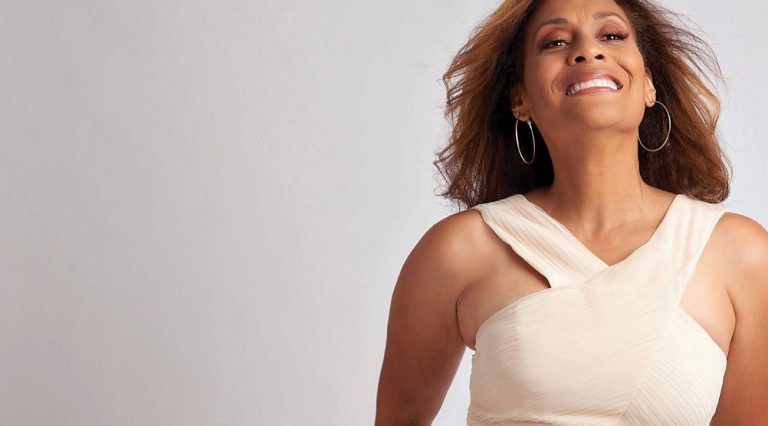 Story by Carolyn Males + Photography by Heather Houston It’s 2015. But here in this North Carolina recording studio, it…