Each room of this striking Brays Island retreat has a spectacular view.

Surrounded by the natural beauty of one of South Carolina’s most rustic, remote islands, the Quirch residence is much more than a collection of resort amenities and luxe ambience. Its transitional Lowcountry floorplan meanders along the waterfront, with a central common space  flanked on each side by walkways and separate wings which house private spaces for owners and guests. 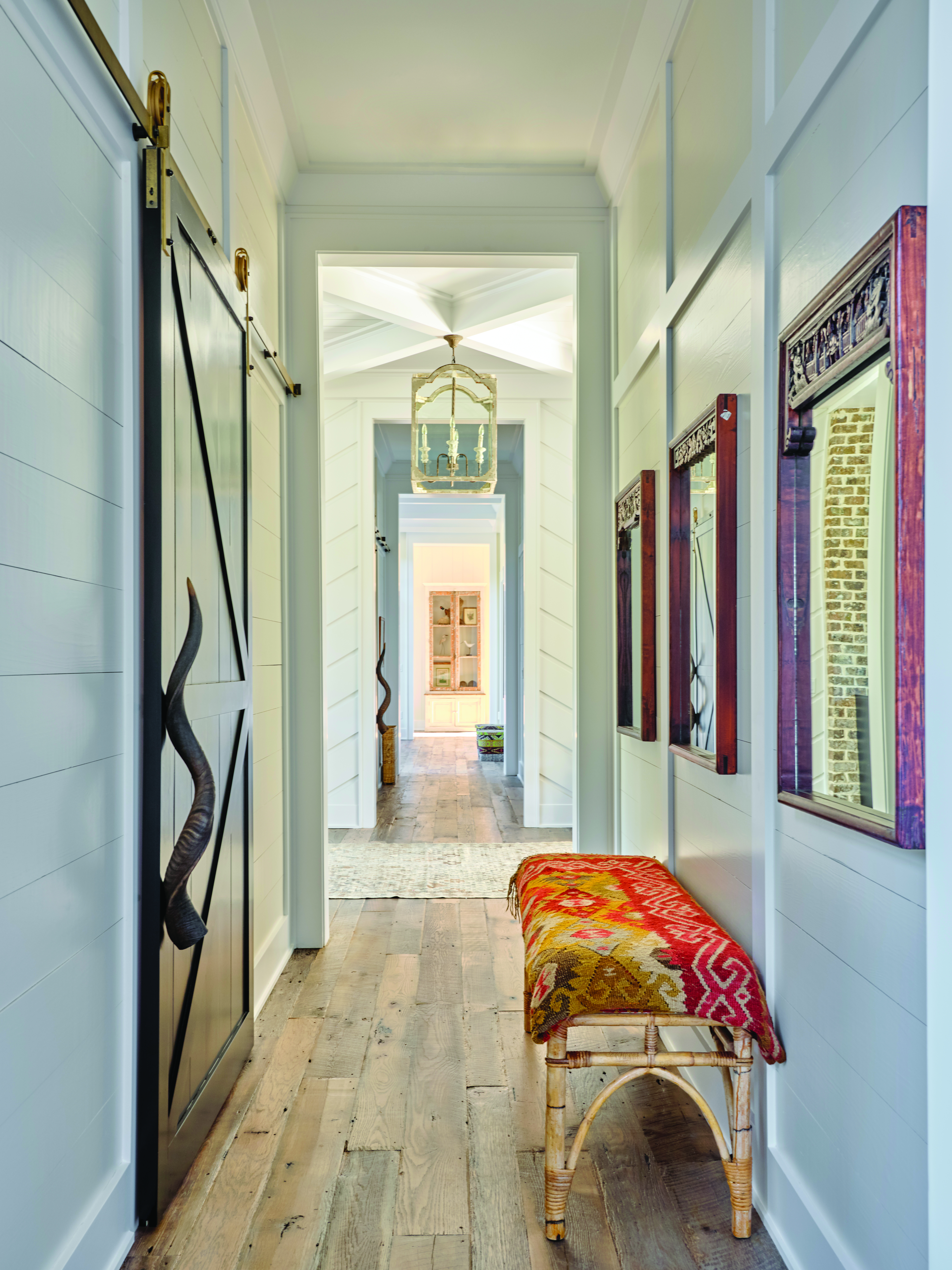 “Entertaining is a big part of our lives since we have a large extended family and friends from both Miami and Brays Island,” said Lelia Quirch. “That’s why we put so much emphasis on the center of the home and flexible spaces that allow dining, conversing and relaxing all at once.”

Lelia and husband, Ignacio, return to their island compound each fall after spending spring and summer at their Miami home. They arrive in time for prime deer and quail hunting, as well as fishing on the surrounding intracoastal waters. Both of their daughters are now married, so Ignacio imagines their young new families will share in island pastimes and traditional holidays year after year. “Already our sons-in-law are committed to Brays Island,” he notes. “They tell us it’s the hardest place to leave.”

They’re not the only ones who feel that way. Each year the Quirches host dozens of family friends and relatives of all ages in their guest wing and carriage house. “It really is a generational home,” said Court Atkins Group Principal and Starland Studio Manager, Jen Foster. “The daily flow of family and guests plus their dynamic lifestyles were key considerations in our design, along with the rhythm of island seasons and native wildlife.”

The Quirches relied on Court Atkins and custom builder Willis Sinclair to guide them to locally sourced materials which are infused throughout their home. Bill Burdick and daughter, Abbey, worked closely with the Quirches to carefully curate authentic Lowcoutnry features such as the great room’s reclaimed wood trusses and the kitchen’s oyster inlaid countertop.

“While the house was under construction, we traveled miles from the island to an old tobacco barn, where the Willis Sinclair team had located the ideal reclaimed wood finish for our primary entertaining area,” Lelia shared. “They consulted with us and the architects often to ensure even our home accessories were perfect.”

In fact the door handles in the foyer hallway are actually Kudu horns, secured during one of Ignacio’s African hunting trips. They were carefully filled, sealed and re-purposed as modern interior hardware that makes an impact while reflecting the relentlessly adventurous spirit of the Quirch family.

Lelia and Ignacio explained that their Brays adventure, and now ultimately their legacy, were  inspired by their dear friend, Chino Cosculluela. His grandfather and the Quirches’ grandfathers were friends of Sumner Pingree, who purchased the island in 1963 after being exiled by the Castro regime. Initially Pingree planted crops and raised cattle and pigs there. In efforts to preserve the property, he later developed it into the shared resort plantation that exists today.

“The fact that Brays Island is considered Pingree’s crowning achievement is a true testament to the vision he created here,” Ignacio pointed out. “He was a remarkable man and founder of a remarkable community.”

Many of Pingree’s friends followed him to his South Carolina property, and today they comprise a thriving neighborhood that defines much of the island’s distinctive culture and rugged coastal allure. 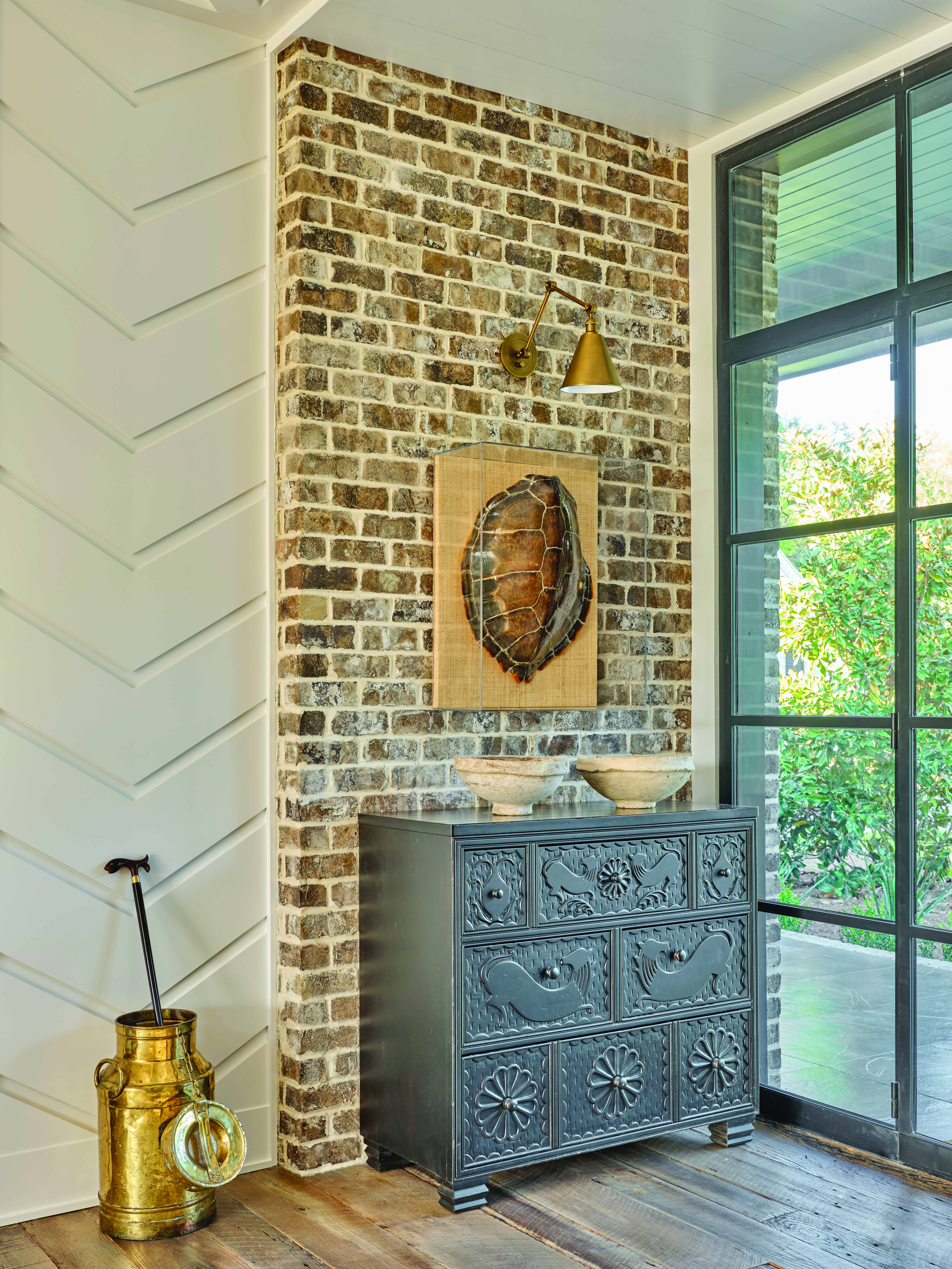 Despite their fierce loyalty to their Cuban legacy and community, the Quirches have emphatically embraced the traditions of the Lowcountry not only through the architecture and ambience of their home but also through their gracious island hospitality. They host an annual New Year’s party with several other families at the center of Brays Island Plantation and invite every resident, including the real estate team and local leaders. They roast a pig in their massive Dutch oven, known to Cubans as “Caja China.” A wide array of Cuban fare and cocktails is offered to all, and the entertainment features none other than Lelia Quirch as the DJ for the evening.

“It’s our way of continuing what Sumner Pingree started some 60 years ago,” said Lelia. “You can’t find the spirit of the Brays Island community anywhere else.”