Some of them have local roots and some of them have chosen to become locals for good reason. Either way, there is no shortage of musical talent close to home. They sing, they write songs and they play instruments. They’ve performed all over the world, but you can catch a few of them at your favorite local restaurant or bar on the right night. They’ll inspire you to go out and chase your dreams, while remembering you’ll always find your way back home. Here are a few musicians with local connections who have made it big:

From Charleston, Rucker is the lead singer for Grammy Award-winning band Hootie & the Blowfish. The band was formed with school friends while he was attending the University of South Carolina and frequently played the Hilton Head Island circuit. Rucker eventually went out on his own, becoming a country artist. Of his albums, four in a row topped the Billboard Country albums chart. His version of the song “Wagon Wheel” won a Grammy Award for “Best Country Solo Performance.” He hosts the annual Darius Rucker Intercollegiate women’s golf tournament at Long Cove Club and always performs for the golfers and Long Cove members. 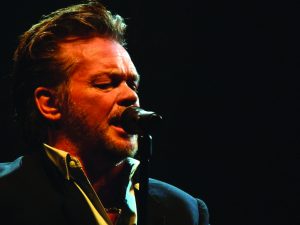 This world-famous musician, singer-songwriter, painter, actor and film director owns a vacation home on Daufuskie Island. He has amassed 22 Top 40 hits, including “Hurts So Good,” “Jack & Diane,” “Crumblin’ Down” and “Pink Houses.” He was inducted into the Rock and Roll Hall of Fame’s Class of 2008. The March 2014 issue of Architectural Digest magazine featured his Daufuskie home.

Raised on Hilton Head, this singer’s single “Barely Breathing” made it to the top 20 on the U.S. Billboard chart in the ‘90s, staying on the top 100 chart for 55 weeks. Shortly after this success, Sheik took a break from recording his own albums, during which he composed music for rock musical “Spring Awakening.” He won two Tony Awards and a Grammy Award for this music. Once his break was over, Sheik came back on the scene with music inspired by others’ perspectives, rather than his own.

Hall grew up on Hilton Head Island, surrounded by music due in part to his father, Jeff, who is a drummer and musician. At age 16 he recorded his first album. Shortly after, he left the island for Los Angeles where he enrolled and studied classical guitar at Idyllwild Arts Academy. During his senior year, he was signed to Geffen Records, which signaled the formal start of his career. He has collaborated with such acts as Steel Pulse, Ziggy Marley, Jimmy Cliff, Michael Franti, Xavier Rudd, the John Butler Trio, Matisyahu and Nahko & Medicine for the People.

Hailing from Atlanta, this singer-songwriter is best known for the Grammy Award-winning song he wrote called “Cry,” made popular by Faith Hill. He has also written songs performed by Tim McGraw and Miley Cyrus. Aparo once performed with the Zac Brown Band too, but also has his own music. His discography includes seven albums. One of those, “The American,” features the original version of his song “Cry,” performed by Aparo himself. His versatile music taste includes folk, rock, country, punk and jazz. He now lives on Hilton Head and frequently plays shows around the Lowcountry.

Demarcus is a bassist, vocalist, pianist, record producer and songwriter. He is best known as a member of the country pop group Rascal Flatts. He regularly visits Hilton Head Island and often plays sets with The Simpson Brothers. In 2018 he founded Red Street Records, an independent Christian music label. 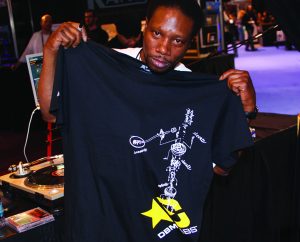 This popular hip hop DJ and producer was born in Beaufort. Around 1984, Jay met Rick Rubin and assisted him in laying the foundation for what would become Def Jam Recordings. The label’s first official single was the single “It’s Yours” by T La Rock and Jazzy Jay. Jay later introduced Rubin to Russell Simmons, creating one of the most important partnerships in hip hop production. Also a producer, Jay founded Jazzy Jay’s Studio in the Bronx, where he produced early recordings by Diamond D, Fat Joe, Brand Nubian, A Tribe Called Quest and others. 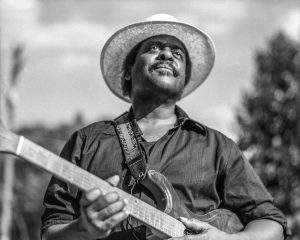 An American blues guitarist, singer and songwriter from Beaufort, he has released five albums under his own name and played on around 20 others. He is the director of creative development for the Music Maker Relief Foundation and is known for playing his guitar upside down. Legendary musician Taj Mahal stated that Ferguson ranks “among the five greatest guitarists in the world. He is a force to be reckoned with in the music industry. He is with the ranks of Jimi Hendrix, Wes Montgomery and Django Reinhardt.” At various times, Ferguson has played the guitar backing Taj Mahal, B.B. King, Kenny “Blues Boss” Wayne, Beverly Watkins and the Stylistics.

McCain attended the College of Charleston and Coastal Carolina University for a while but ultimately found success as a musician. He was a regular on the Hilton Head music scene and credits Shannon Tanner as a mentor. He was signed to the same label as the band Hootie & the Blowfish, whom he toured with. Five of his 11 albums have reached the Billboard 200. His love songs, “I’ll Be” and “I Could Not Ask for More” are among his most popular songs. One of his latest projects was a show on Animal Planet about restoring ships, one of McCain’s hobbies. It was called “Flipping Ships.” 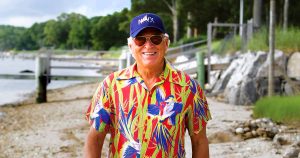 The Jimmy Buffett song “Prince of Tides” (from his 1988 album Hot Water) laments the development of Daufuskie and loss of the Gullah culture.

Listen to the music