Fresh salad dressing is a recipe for success for Lowcountry resident Jenny Cawthon. 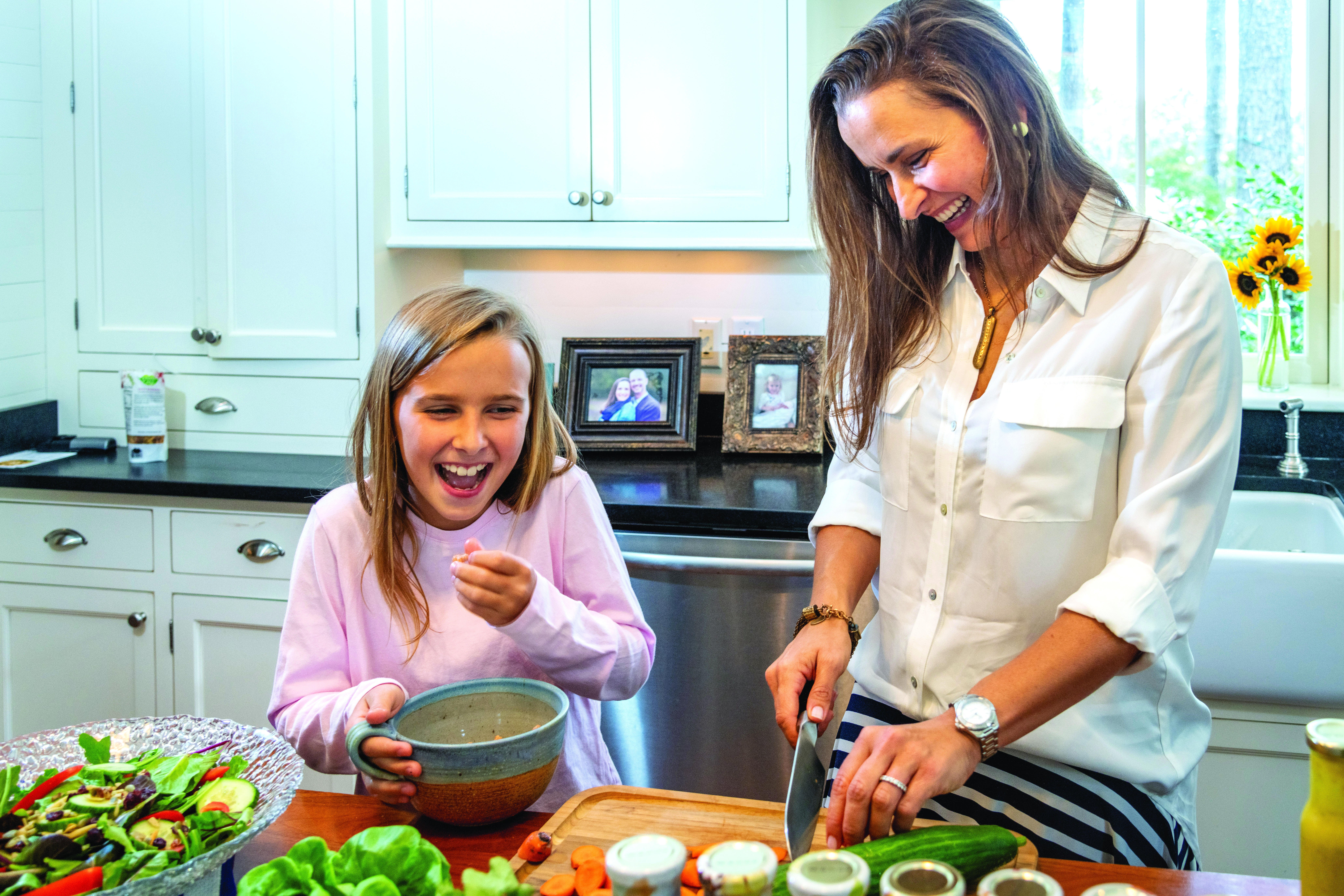 Thirty years ago, when Jenny Cawthon’s mother started making salad dressings from the fresh vegetables she grew in her own garden, few would have predicted that one day her recipes would be the basis for a multimillion-dollar gourmet foods brand, Greenjoy. Then again, she was so well known for the dressings that a few might argue they could have guessed it. Today, Jenny is a Lowcountry resident, founder, and CEO of the brand born from her mother’s dressings that is now sold across the country. Formerly known as Aunt Dottie’s, Greenjoy has grown from a mission for sustainability, clean eating, and overall health of the body and earth. Its mission is to make veggies irresistible.

Now with 10 salad dressing flavors that are unique and surprising, Greenjoy offers up tastes like Turmeric Maple and Orange Poppy Seed, plus Tomato Blue Cheese which was legendary among her mother’s circles in Athens and Atlanta, Georgia. It also has a line of pressed salad bars that have 2 servings of organic vegetables in every bar. They never skimp on ingredients, using premium oils and fresh garlic for dressings. For nut mixes that recently launched, Greenjoy uses only steam-pasteurized almonds. In any of their products, there are no manufactured ingredients, powders, gums, or artificial flavors. They are clean label and gluten free. You get the point. This is real food, not a science project. Today Greenjoy can be found at Whole Foods, Publix, Hannaford, Wegmans and independent grocers across the country.

Beyond pushing a mission of clean eating and making veggies irresistible, Greenjoy is off to change a generation. “If we can get kids eating two to four servings of organic vegetables each day, we will literally be changing life for the next generation,” says Jenny. Creating healthy food that is portable and sustainable will prove to have a huge impact on the way people eat long term. Just think about the potential for change in areas of food insecurity and in times of disaster relief when there is no access to fresh foods. It’s not just about salad dressing.

As a female entrepreneur and CEO of a mega-brand, Jenny also is justifiably proud of the example that she is setting for her next generation – mainly, her three daughters. Watching their mother pursue her dreams and passion, seeing her travel all over the country, and seeing her products sold in grocery stores, Jenny is not just an example for her girls, but for any entrepreneur.

Using words like grit and diligence to describe how she built Greenjoy, Jenny is clearly a driven woman.

Overcoming obstacles like how to transport refrigerated goods across the country, finding production facilities for her dehydrated bar, and getting her name out there, Jenny tells us that her team celebrates wins but only briefly. “We’re always pedal down.” It’s this unstoppable attitude that has propelled the brand to where it is today.

She gives enormous credit to the team that surrounds her, from her sales and operations staff to advisors and even Greenjoy investors. She cites her loving and supportive husband, Todd, who understands her passion. “They’re all superheroes,” she says. “It takes all of them.” 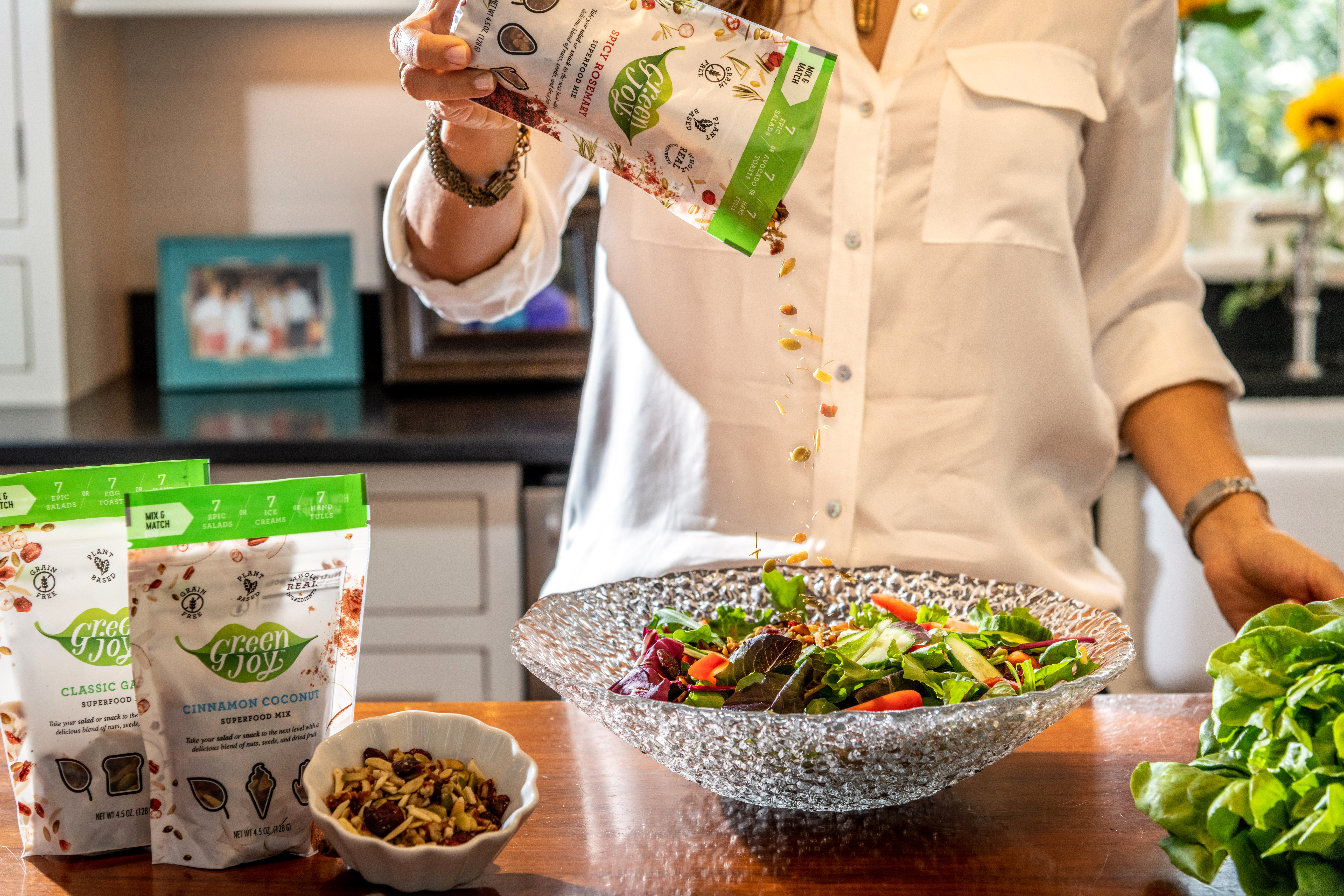 To Infinity and Beyond

What’s next for Greenjoy? The newest dressings, made with an Algae Oil base, have exploded onto the market, as Greenjoy heads into distribution growth of close to 1,000 percent in just three months. Jenny and her team are developing new flavors and pushing sustainability innovation every day. They’ll soon add over 1,200 Publix stores across the country, something this Lowcountry lady will celebrate until she and her team are back at it, pursuing their mission to make delicious, clean food that will change the way future generations will eat. 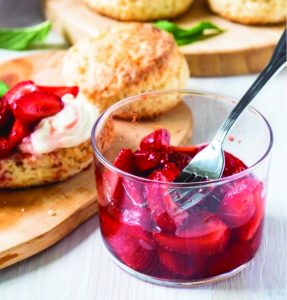 Directions [1] Combine the first two ingredients in a small saucepan. Bring to a simmer over medium-low heat; cook 2 minutes or until slightly thickened. Stir in sliced strawberries, and simmer 3-4 minutes, remove from heat and let stand 5 minutes. [2] Serve warm or chilled over desserts or cakes. 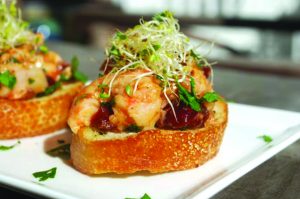 1 clove garlic, cut in half

Directions [1] Heat oven to 450 degrees. [2] Gently pat shrimp dry with a paper towel. On a baking sheet, top shrimp with 1/4 cup olive oil, 1/2 teaspoon salt, 1/2 teaspoon pepper, garlic powder, paprika and a dash of cayenne pepper. Turn the shrimp to coat both sides, then place flat in a single layer. Bake shrimp in the oven for 4-7 minutes, flipping once halfway through. Shrimp will turn from gray to a light pink when cooked. Do not overcook. Let shrimp cool slightly, chop into bite-sized pieces and place in a mixing bowl. Add vinaigrette and cilantro. Gently mix. [3] While shrimp are in the oven, slice baguette into 1/2-inch rounds. On a baking sheet, place the sliced bread in a single layer and drizzle with 1/4 cup olive oil, 1/2 teaspoon salt and 1/2 teaspoon pepper. Bake at 450 degrees for 5–7 minutes until slightly browned. Upon removing from the oven, rub the top of each slice with the cut side of the garlic clove. [4] Place a spoonful of the shrimp mixture onto each slice of toasted bread and garnish with toppers, thinly sliced cucumbers and a pinch of sprouts or sliced scallions. Makes 15–20 pieces. 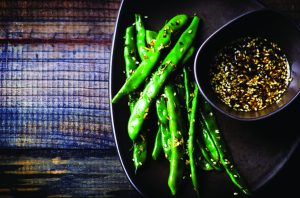 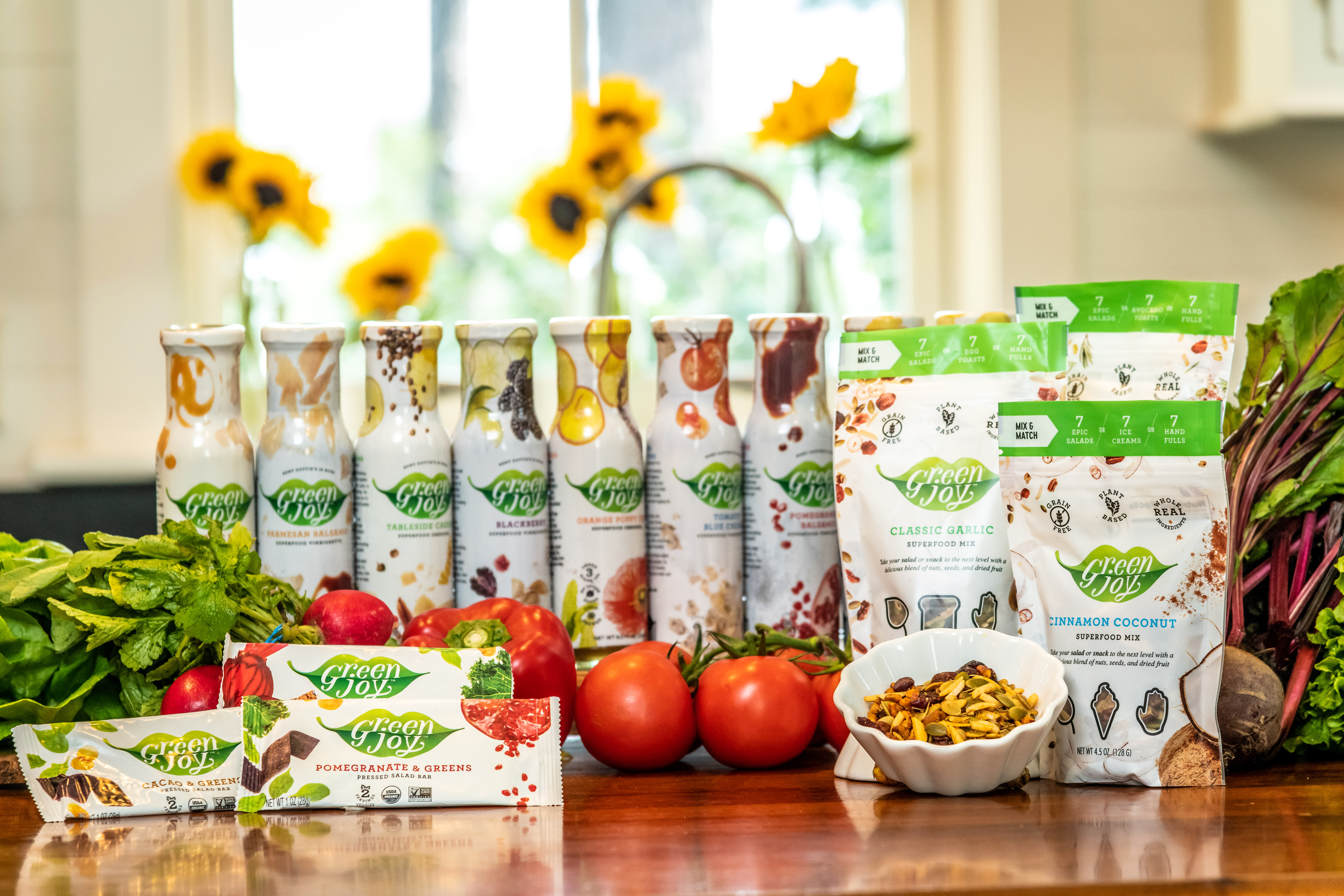 • All offerings are clean-label, gluten-free, no additives, no preservatives, no gums and no emulsifiers

• Available at Whole Foods and Publix