ROBERT GRAVES HAS SPENT A GOOD PART OF HIS LIFE AT SEA ON BOATS HE BUILT. BUT THE SEAS AREN’T ALWAYS IN HIS FAVOR. 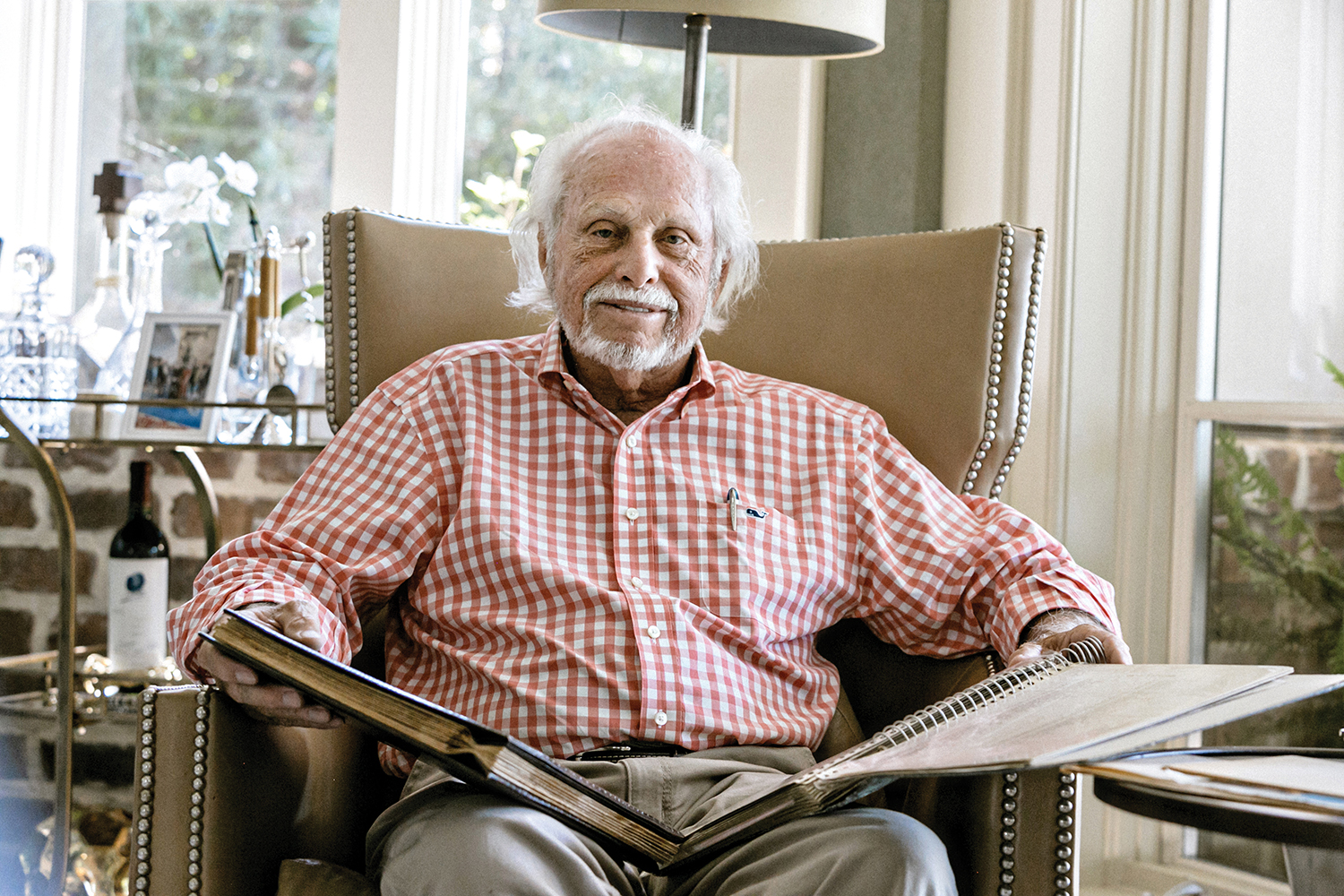 Robert Graves is, at heart, a builder. The earthy musk of sawdust, the satisfying thud of a well-struck nail, these are the sensory thrills of a life lived with both hands occupied in service to the island. Since the era of Sea Pines’ first boom, to the lavish oceanfront homes and grand commercial buildings that line the island today, he’s been onsite for some of the island’s most iconic structures during his 63 years in construction.

And yet the things he’s built which perhaps reflect the genius of his craftsmanship are his boats. Spoken of in yachting circles in tones of reverence, each is infused with the dedication and eye for detail that have been Graves’ hallmark for decades.

But even the most expertly crafted boat is no match for the full fury of Mother Nature at her worst. As a kid growing up in Pepper Hall, Graves saw firsthand how furious the weather can get during the legendary storm of 1940. 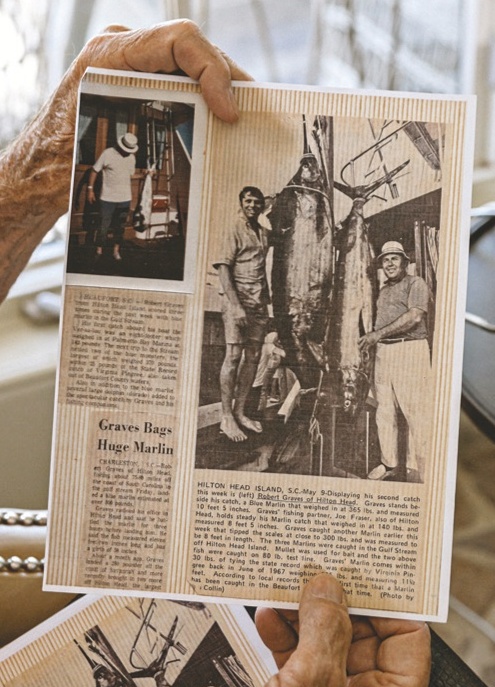 “I can still remember at 3 years old watching waves come up on the shore of the Okatie River,” he said. “That’s when the storm came and covered most of these islands around here.”

Pepper Hall is far enough inland to have been spared, but if you’ve ever seen the tranquil serpentine of the Okatie River across the edge of the Graves family plantation, you know how bad things must have been to turn her waters. And while that storm remains one of his first memories, it’s not his most vivid by far. 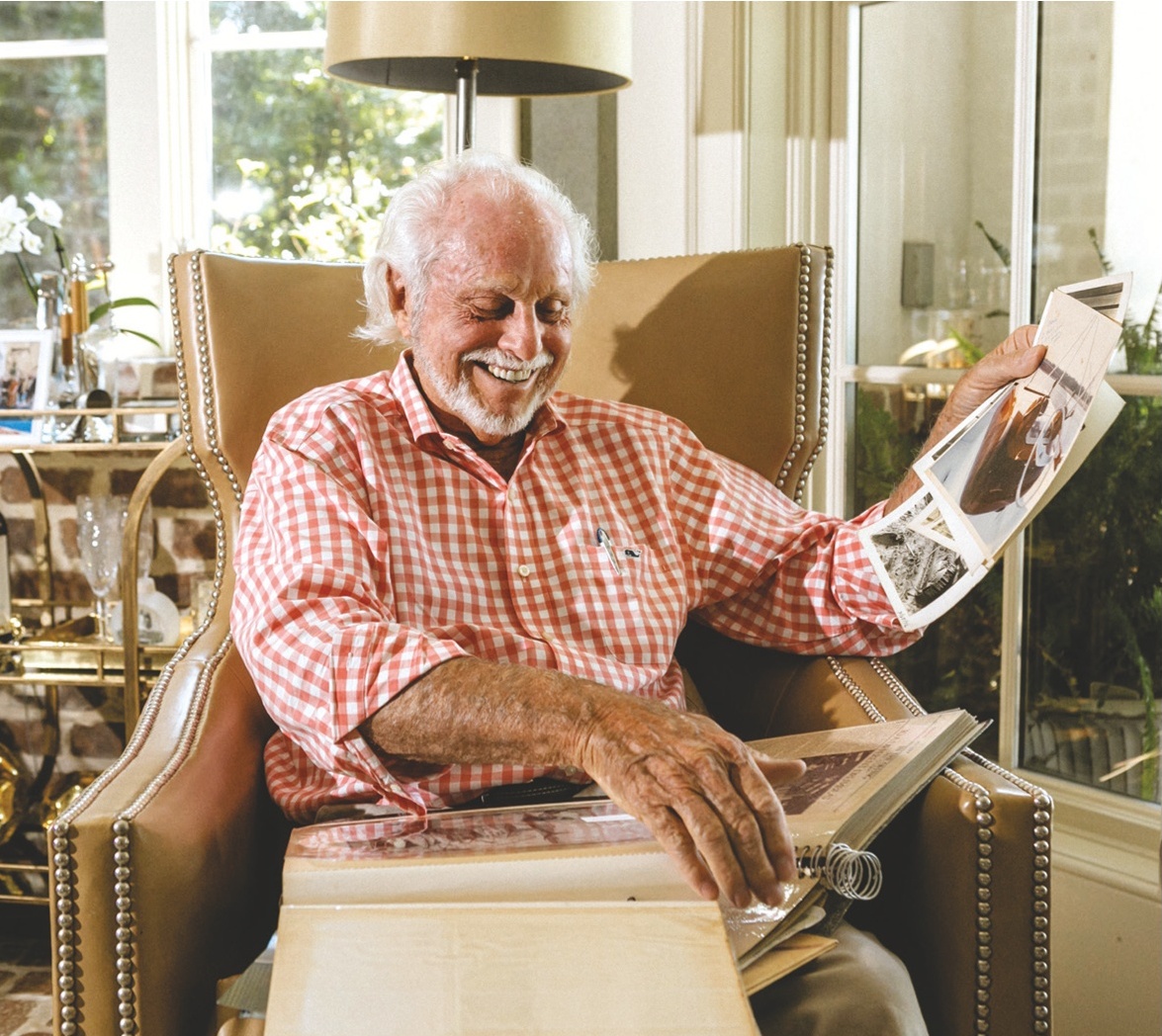 “It was May 3, 1984. We were out fishing for blue marlin for a tournament off of Hilton Head, and a tornado came right up Broad Creek,” he said. “The weather was affecting the ocean, so the tournament chairman called it off. But we were so far north, just off Charleston, that we never heard the mayday.”

Unaware of the danger, some 94 miles offshore right at the edge of the Gulf Stream, the 48-foot “Graves 48” was a sitting duck. Whipped across the water by the fury of the storm, a stray piece of debris struck the side of the boat, puncturing the hull and dooming the boat Robert Graves and his treasured craftsmen had built with their own hands across 22,000 man-hours. “I came out of the state room, and water was coming through the companion way,” he said. “So I knew we were hit pretty badly. I think it was a submerged piling or something.”

With his boat taking on water, the captain and Graves started sending out maydays to anyone who would listen. Through radio transmissions that hissed and crackled with storm interference, he could just make out the Coast Guard’s response. Help was on the way, but with the intensity of the storm it would take some time. Even nearby ships, honor-bound by the code of the sea to help a vessel in danger, were held at bay by the ferocity of the waves around Graves’ boat. 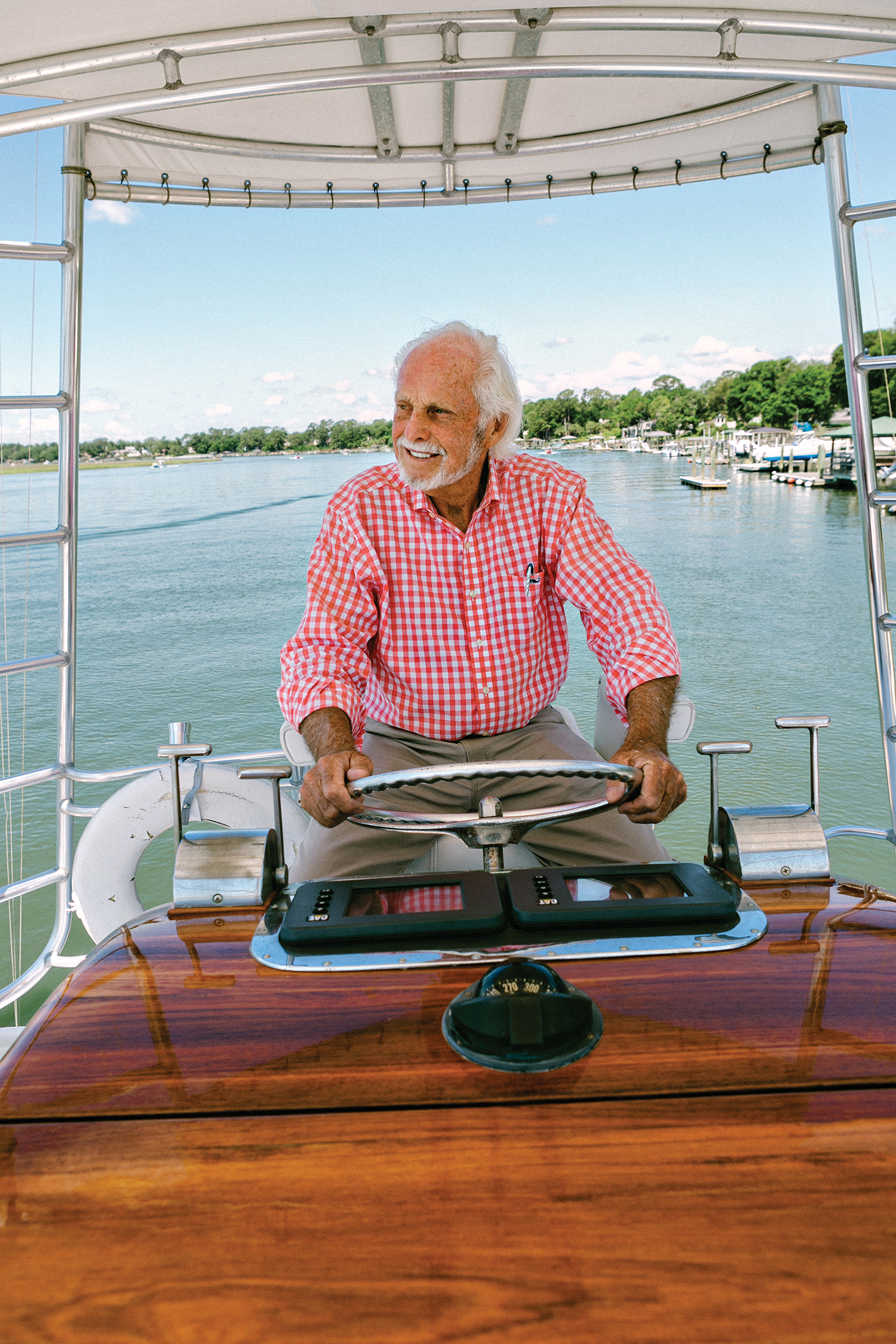 It would seem all hope was lost. The storm had proved itself greater than Graves’ boat. But for all its bluster, the storm was nothing compared to his faith.

“I came up with tears in my eyes, and I could see everyone on board was frightened,” he said. “But the first thing that came to me was when Jesus was in the boat with the disciples. When a storm came and they woke Him up from a nap because they were frightened, He just said, ‘Oh you fellas have such little faith’ and calmed the waters. These waters weren’t calm, but we were safe.”

Knowing the foam construction of his boat would help keep them on the right side of the water, but not forever, Graves took action. With the hole in the front of the boat, he put the engines in reverse and started circling, sloshing water back out through the breach. “For two hours, she did that. She fought the good fight.” 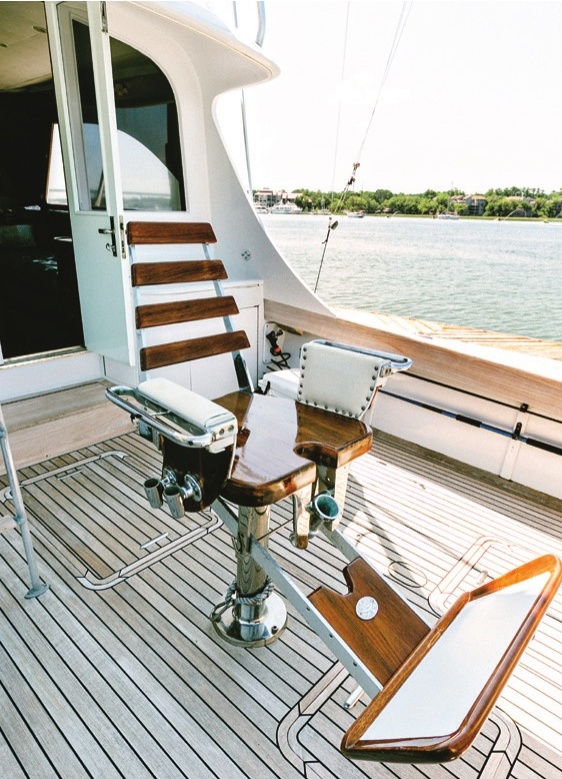 Eventually, however, the boat gave out. The water had reached the batteries, and Graves was dead in the water. With the storm still raging, Graves gave the order to abandon ship. In true Robert Graves fashion, the story of getting all seven souls aboard a six-person raft is a story in itself. Thankfully, they didn’t have to squeeze together long. After awaiting rescue for a seeming eternity in the swirling storm, they didn’t spend more than 30 minutes in the raft before the cavalry came.

“We had a jet plane flying overhead shooting flares, an 800-foot tanker rolled in, and I had a wonderful friend Palmer Hodges who heard the mayday and fought the storm all that way to help his old buddy,” said Graves. “Everybody showed up at one time within a ten-minute period.”

The “Graves 48” was lost, but the crew was saved. And Robert Graves got one more fascinating story to tell of nature’s cruelty and power. LL