A rose by any other name would be … julep? It’s believed that the word julep comes from the Persian word gulab, which directly translates to “rosewater.” The first mention of a mint julep dates back to 1784, when it was used for medicinal purposes, specifically to relieve stomach aches. Apparently, it soothes the lining of the digestive tract and produces essential digestive fluid. The drink is mentioned again in 1803, when John Davis described a mint julep as a “dram of spirituous liquor that has mint steeped in it, taken by Virginians in the morning” in his book Travels of Four and a Half Years in the United States of America.

Fast forward to 1938, when it became the official drink of the Kentucky Derby. No one’s exactly sure why this happened, but it appears to have been a good decision. In recent years, Derby organizers have had to make plans to arrange 10,000 bottles of bourbon, 1,000 pounds of fresh mint, and 60,000 pounds of ice in order to make 120,000 of the cocktails for the two-day event. Try making your own mint julep at home with this lavender twist illustration done by LOCAL Life’s Megan Goheen.

Run for the Roses 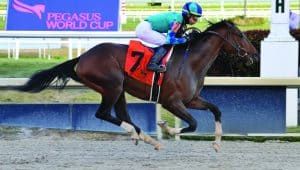