Where can a guy get a drink around here?

Prior to the 1960s, finding a bar on Hilton Head must have been a pretty futile pursuit. Doubtless there were a few local hangouts, or “friendly houses” where locals could regularly gather, but there’s little to suggest any formal business establishments serving adult beverages, let alone mixed drinks or cocktails.

There was at least one possibility: at one time a two-story structure known as the Hurley House was touted as the grandest home on the island. Standing near the bank of Broad Creek and Otter Hole Plantation, this one-time family house was sold and at some point after modern development began in the early 1950s, the house was converted into a nightclub, operating until it burned down in the early ‘60s. 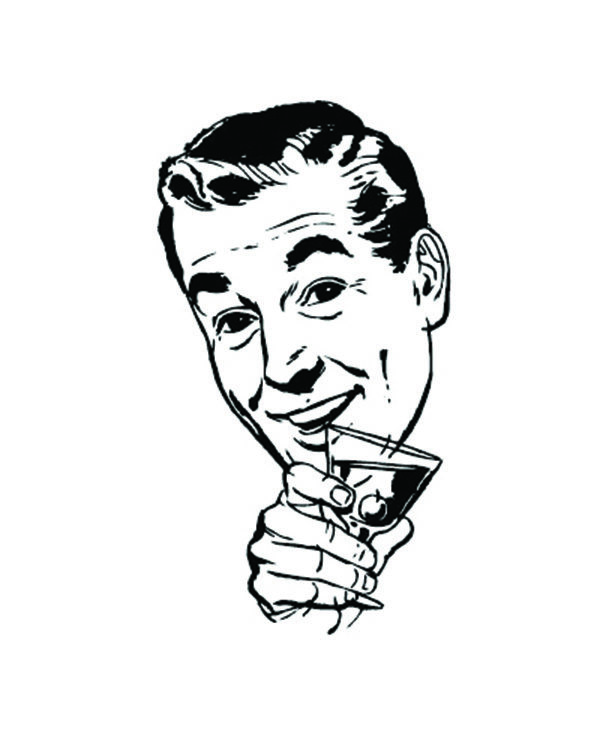 Thirsty Islanders could always take the ferry to the mainland, where in nearby Savannah they could visit a bevy of bars and taverns, including the Pirate House that, having been built in 1753, is one of the first drinking establishments in the country. Other than that, one can imagine congenial, informal neighborhood meeting places where friends would hoist a few beers or imbibe in a classic rum punch.

In 1941 World War II took our young men and turned them into soldiers. It also took over American distilleries to turn alcohol into torpedo fuel. Whiskey and rum became rare, and when available in bars was usually watered down. Bartenders started adding seltzer to Old Fashions and Manhattans (and some still do!). When the soldiers started coming home to their families, the liquor companies encouraged husbands to mix their own cocktails at home. This created a cottage industry of pamphlets and Sunday supplements (little pamphlet-like inserts in the Sunday newspaper) with tips on how to be a stellar mixmaster to your family and friends – with the help, of course, of a selection of clever glassware with recipes and measurements embossed on the side of the glass, or a fancy plastic rolodex-type of library of cocktail recipes.

Some of those veterans, however, brought home something else: an appetite for the exotic. Young men who had never before ventured far from their homes had been exposed to the big, bad world, and it fostered an appetite for something other than a hot dog and a Coke (cue “How Ya Gonna Keep ’em Down on the Farm (After They’ve Seen Paree)”). In particular, those deployed to the war’s Pacific theater were exposed for the first time to the South Pacific. They developed a taste for the tropical, which they passed on to the rest of the nation. That leads us to Tiki.

The Tiki craze was started by Donn Beach, born Ernest Raymond Beaumont Gantt, who left Texas in 1926 and traveled around the world on his own, scouring many of the islands of the Caribbean and the South Pacific. A former rumrunner during Prohibition, he moved to Hollywood and opened a bar then called “Don’s Beachcomber” in 1933 where he mixed potent rum cocktails in his tropically decorated bar. Then in 1934, a young Victor Bergeron opened a small bar/restaurant across from his parents’ grocery store in Oakland, Calif. He named it Hinky Dink’s. As its popularity spread, the menu and decor developed an increasingly tropical flair, and Hinky Dink’s soon became Trader Vic’s. It was a weird moment in history when the whole country became fascinated with the South Pacific just because it was unknown and exotic. Tiki bars and restaurants became wildly popular even though they made no pretense to being authentically Polynesian. Although tiki cocktails often feature tropical fruits and flavors, they are entirely American inventions. Trader Vic and Don Beach both claimed credit for inventing the now-famous Mai Tai. Don The Beachcomber invented a drink he called the Mai Tai Swizzle in 1933, and Trader Vic developed his own Mai Tai, apparently without any knowledge of Don’s, in 1944. In any event, Trader Vic’s is the one that became the iconic Tiki drink.

Although the Tiki craze faded in the ‘60s, rum has always been a part of the history of the Southeast. As part of the colonial triangle trade route, sugar cane and molasses were distilled into rum and shipped back to England where, among other things, was part of Admiral Edward “Old Grog” Vernon’s infamous Order No. 349, stating: “[The rum should] be every day mixed with the proportion of a quart of water to a half pint of rum, to be mixed in a scuttled butt kept for that purpose, and to be done upon the deck, and in the presence of the Lieutenant of the Watch who is to take particular care to see that the men are not defrauded in having their full allowance of rum … and let those that are good husband men receive extra lime juice and sugar that it be made more palatable to them.” This is one of the earliest known instances of the combination of lime juice, water, sugar, and rum: the base of what would become the Daiquiri.

So (to take us back to Hilton Head in the ‘50s) while it’s uncertain whether or not there was any kind of tavern or private club where one could order daiquiri or “daily tot,” I think that we can safely say that Southern Hospitality was on full display, and that wherever locals met in the neighborhood spirit of good will, a welcoming drink (as often as not involving rum) made the basis for a healthy toast! 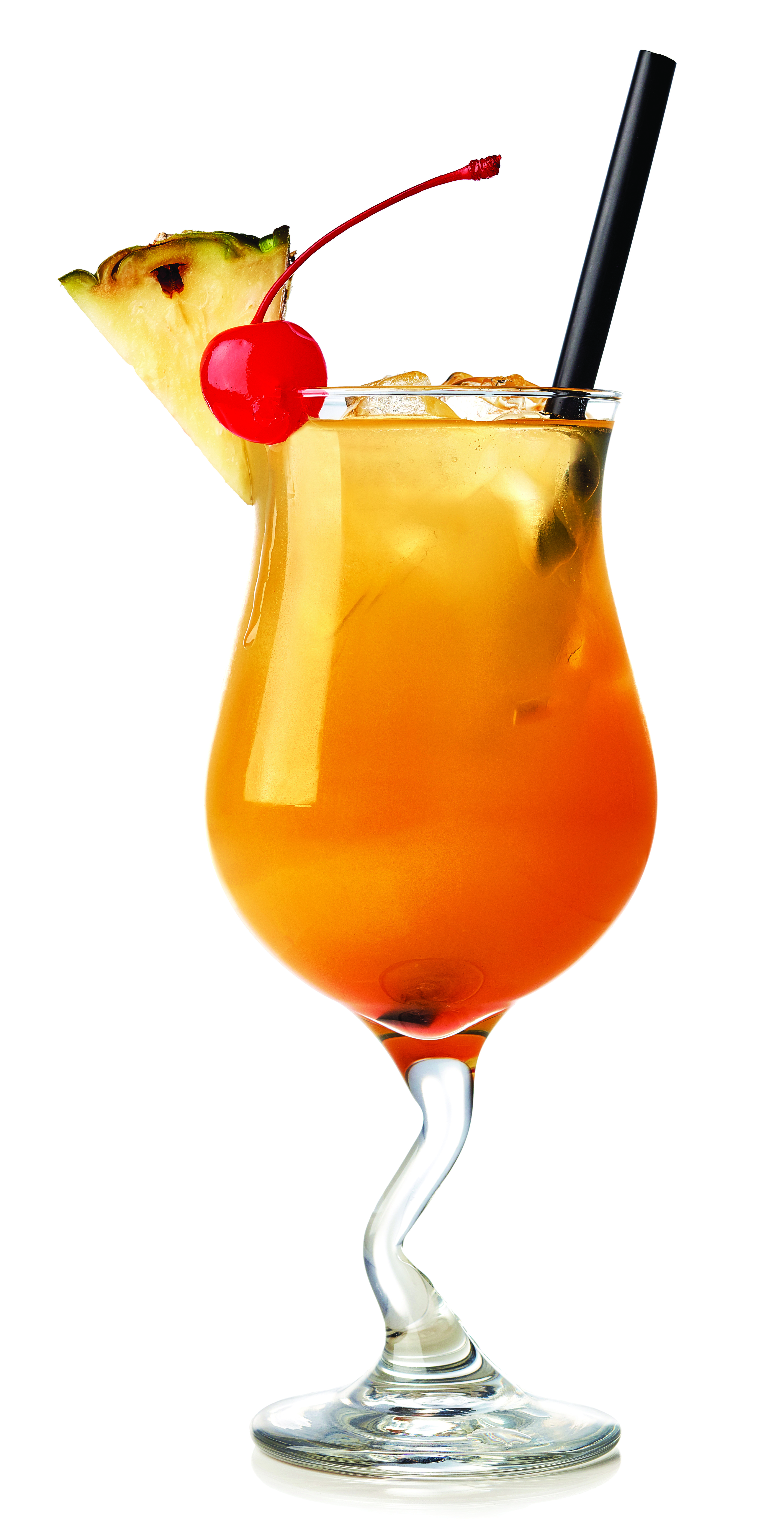 Vic created it for some friends who were visiting from Tahiti. One of those friends, Carrie Guild, tasted it and cried out: “Maita’i roa ae!” (“Out of this world! The best!”). Hence the name. “The flavor of this great rum wasn’t meant to be overpowered with heavy additions of fruit juices and flavorings,” warned the Trader, a warning that has frequently fallen on deaf ears.

Directions
Add all ingredients to a cocktail shaker. Shake and strain into a rocks glass filled with crushed ice. Garnish with the lime shell (and mint if you like). You can also float some dark rum on top. 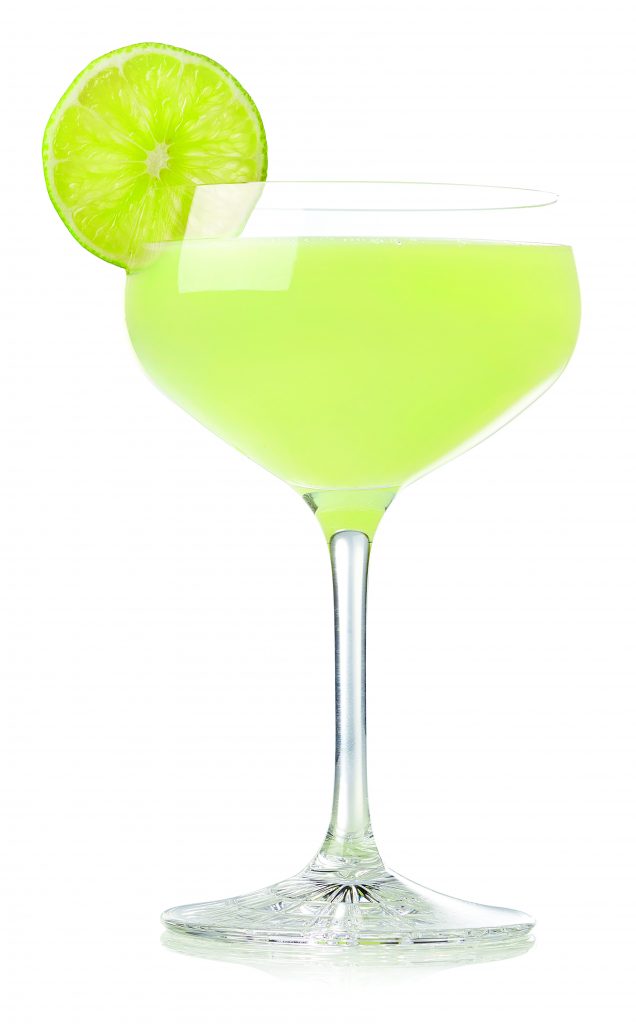 The Spanish-American War allowed the United States to occupy Cuba and do what Spain had done for centuries before: profit from the vast resources of the island. One of those making a healthy profit was Jennings Cox. The story goes that one night while hosting a party, he ran out of gin. He ran out and bought the easiest liquor he could find, which was rum. Adding lemons, sugar, mineral water, and ice to the rum, he turned it into a punch for his guests, who loved it. While it should have been called a rum sour according to the conventions of the day (“One sour, two sweet, three strong, four weak”), Cox did not feel that was good enough for such a fine drink, so he named it for the nearby beach: the Daiquiri.

Directions
Shake with ice and strain into a cocktail glass with ice or just serve up. 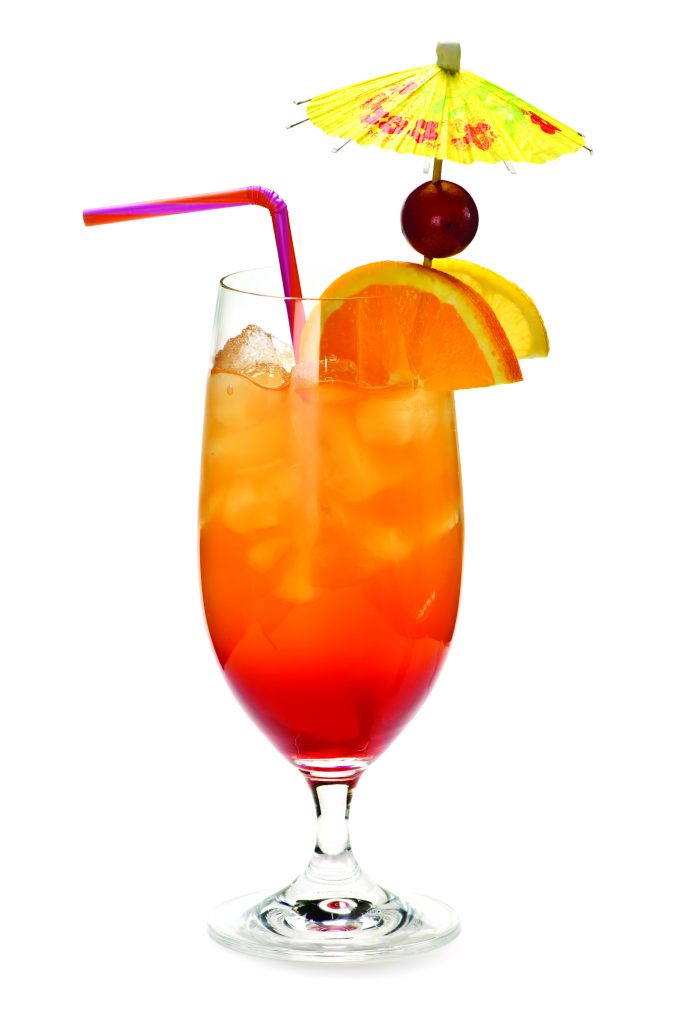 The alcoholic fruit drink we know as punch is an Indian invention that was adopted in the 1600s by British sailors, who later introduced it to the Caribbean islands where it flourished.

Directions
Fill a medium freezer proof bowl with water; freeze. Mix hot tea and sugar, stirring until sugar is dissolved; refrigerate to let cool. Once the tea mixture is cool, add lime juice and rum. Stir well; refrigerate until ready to use. About 30 minutes before serving, loosen ice from bowl and transfer to a punch bowl. Pour punch over ice and top with a generous grating of nutmeg.

Terry Cermak is a spirit specialist at Rollers Wine & Spirits and Wine & Cheese, If You Please? He is also an online contributor, writer-at-large and creator of LOCAL Life’s local cocktails series.