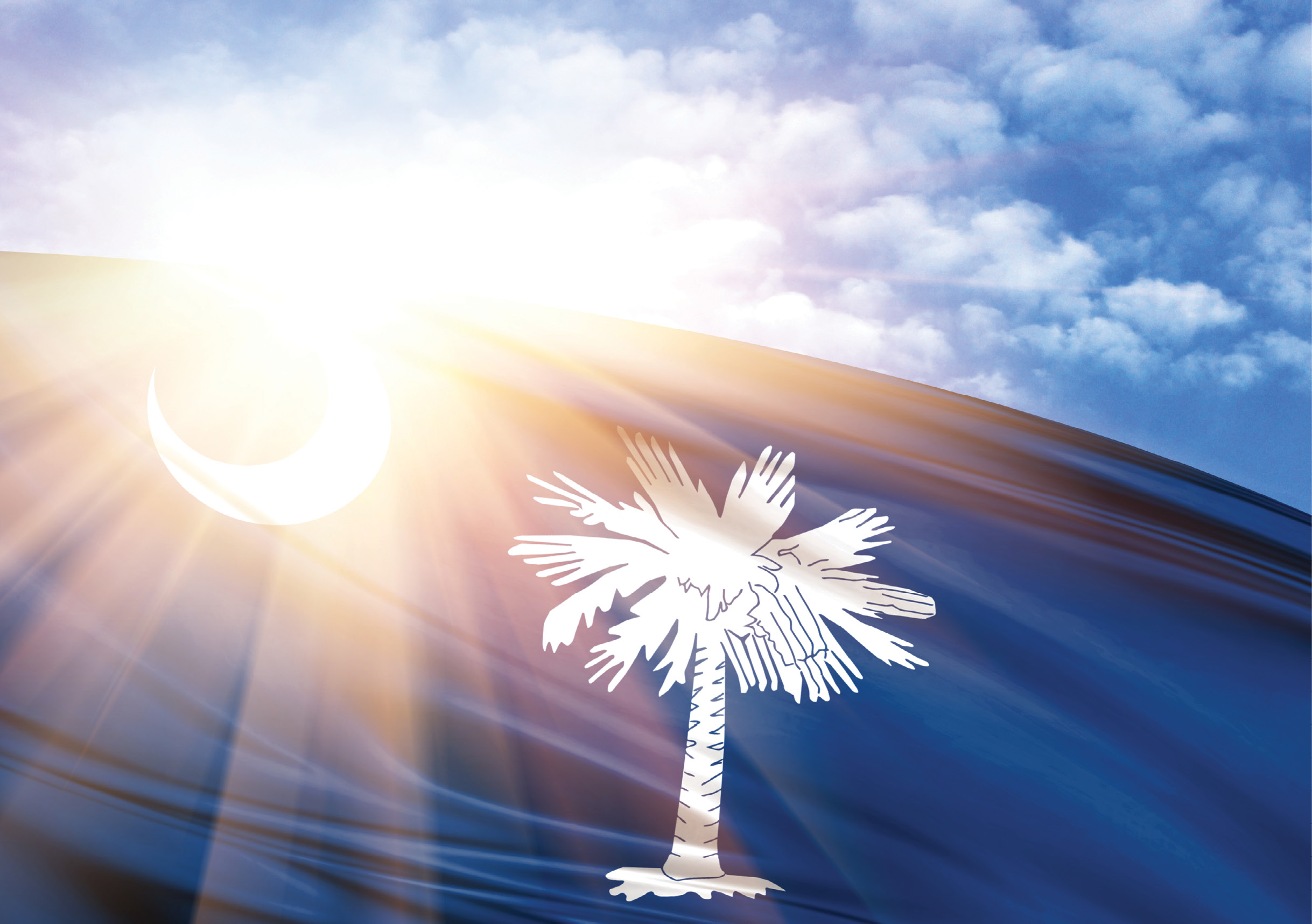 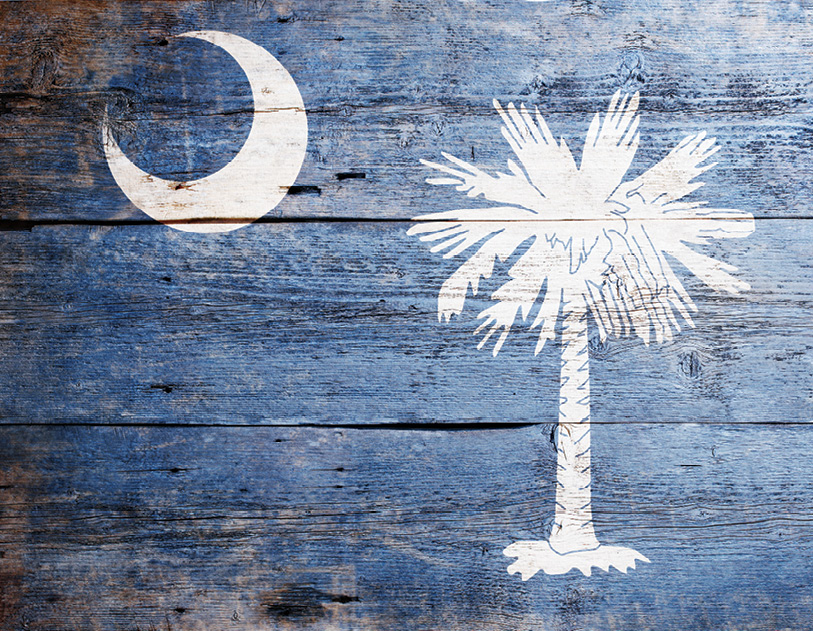 If you’re a diehard South Carolinian, you probably have the state flag somewhere at your house: on a beach towel, a koozy, a Christmas ornament, a visor or a pair of flip-flops. (I have it on my mailbox and a fleece throw blanket, and I’m not even that diehard.) There is just something so aesthetically pleasing about the palm-and-moon that it’s hard to resist making it a fashion statement. On internet lists of the best state flags, it always comes in the top ten, often even the top three with Arizona, California or Maryland. It’s just plain iconic. But historians don’t totally have a grip on its origins and symbolism because mystery surrounds the moon, if that’s even what it is. 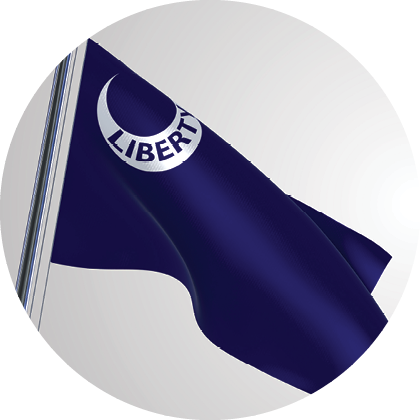 The earliest strand of the flag’s history dates back to 1765 — before the United States existed — when British Parliament passed the Stamp Act to levy a tax directly on American colonists. Angry mobs formed, and protestors in South Carolina marched behind a blue banner with three white crescents, design elements that would later resurface during the Revolutionary War when South Carolina militiamen donned blue uniforms and caps with silver crescents. This inspired Colonel William Moultrie when he was asked to create a Patriot flag. His design, intended to match their uniforms, had a white crescent with the word “Liberty” in the upper left-hand corner of an indigo field.

But despite modern assumption that it’s a moon, many believe the crescent is actually a gorget, a piece of antiquated armor used to protect the chest and throat. Early versions of the emblem had the horns of the crescent pointing up in a horizontal orientation that definitely resembles a gorget more than a moon. But as the flag evolved over time, the crescent was rotated to its present position and, quite frankly, it looks better that way. Modern Carolinians can identify much more with a balmy moonlit night than they can with antique armor!

The Moultrie flag was immortalized during the battle of Sullivan’s Island. The British naval fleet shot it down, but Sergeant William Jasper ran out into the open to hoist it again, encouraging the troops as he went. This bold act of heroism found its way to the hearts of the people, and the flag represented it perfectly. Patriot victory that day was largely thanks to the palmetto logs with which the fort was built— their spongy, fibrous trunks sucked up the cannonballs rather than getting blown apart by them. In honor of this, the palmetto was added to the flag, but not until the Civil War when South Carolina seceded from the Union and needed its own colors to fly. The flag went through a few iterations, with reds and golds and one version that echoed the Stars and Bars of the Confederacy; but the final flag to emerge is the one we love today.

There remains, however, a sticky little detail. Have you ever noticed that not all SC state flags look exactly the same? Individual manufacturers do the design differently — more or less detail on the tree, slightly different shape and placement of the moon — because lawmakers have never agreed on an official design. In recent years there have been attempts to standardize it, with historians getting together to put their recommendation before a Senate committee. Somehow this took them two years of work, a long time considering it’s just three elements: a moon, a tree, and a blue field. But when the proposed flag was finally unveiled, the public trashed it so much on social media, saying the tree looked like it survived a hurricane or got put in the electric chair, that the committee went back to the drawing board. Earlier this year the issue came up again, but the Senate never voted between various alternatives because some amongst them felt there were greater issues facing our state. What could be more important than the uniformity of our wallets, dog leashes, key chains and bumper stickers?! LL 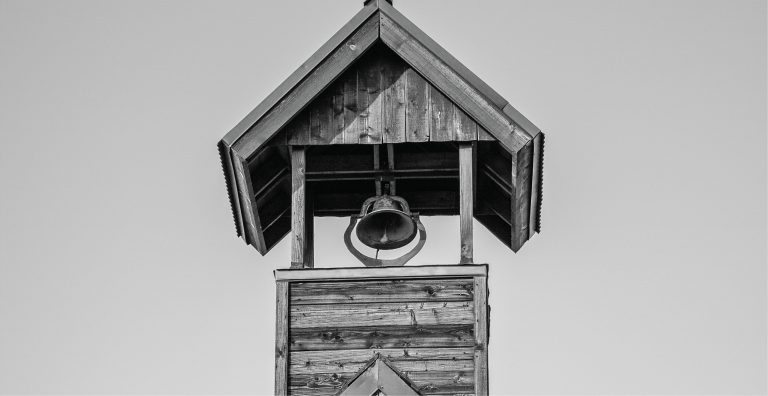 Story By Barry Kaufman Burnt Church Road: The Mystery Revealed The many roads and places around Bluffton carry with them… 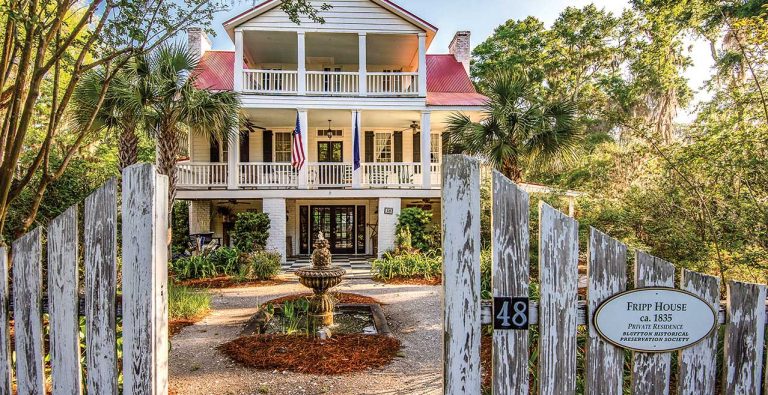 Every house has a story: Take a tour of Old Town Bluffton’s beautiful history. 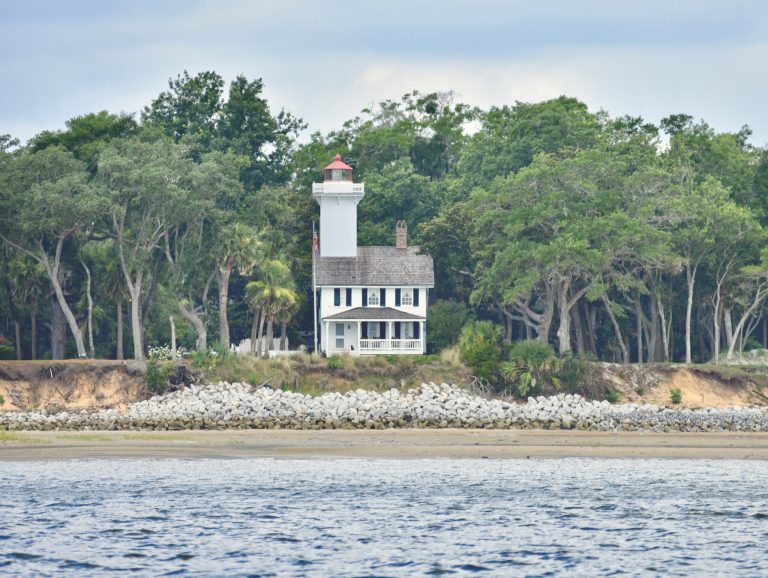 The true story of Maggie Comer and the Haig Point Lighthouse. By Carolyn Males Let me state it right off…. 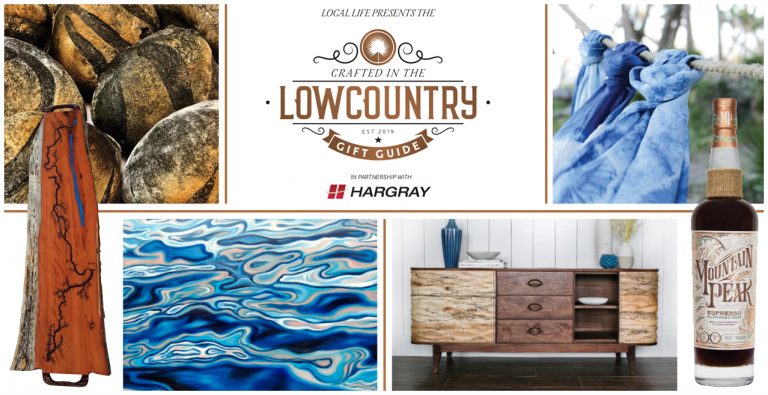 Get your holiday shopping done and support local artisans and businesses with this one-of-a-kind gift guide, made possible by Hargray…. 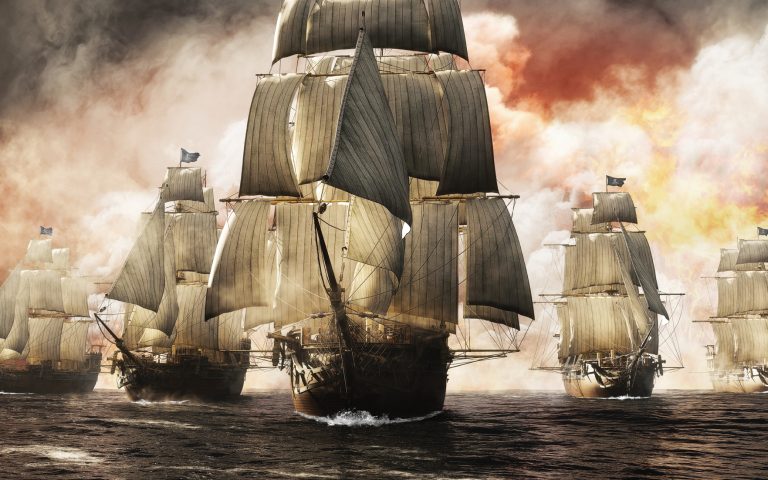 Story by Richard Thomas Hilton Head’s earliest history was dominated by visits of English, French and Spanish rovers of many… 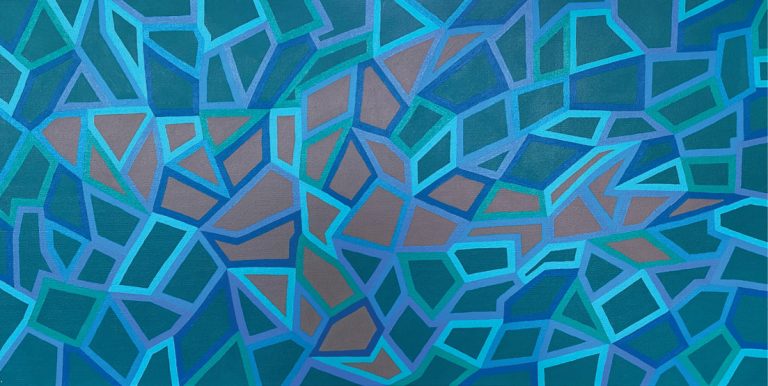