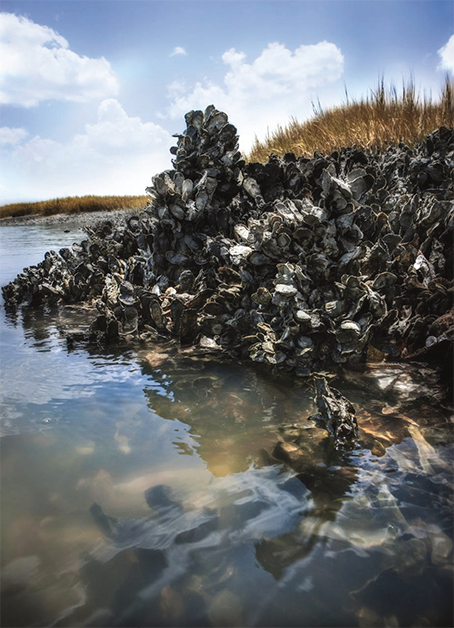 After they are harvested from Lowcountry waters, local oysters make their way to many oyster roasts and restaurants. But the shells usually end up in the trash, even though they could be used to encourage the growth of more oysters.

“We have barely a 15 percent recycling rate. Oyster shells are not making their way back into creeks where they belong,” said Dr. Jean Fruh, executive director of the Outside Foundation.
The closest oyster shell drop-off site to Hilton Head Island is near Waddell Mariculture Center in Bluffton. “Oysters mean so much to the history, culture, and people of the island. We can do better,” Fruh added.
During the summer, the Outside Foundation announced the Oyster Recycling and Reef Build Initiative (ORRBI), a community-based oyster shell recycling and bed restoration project. Plans include oyster shell drop-off locations on Hilton Head Island, identifying priority sites for oyster bed restoration, a campaign to encourage restaurants and residents to drop off used shells, shell bagging and reef restoration projects. Another plan includes forming a volunteers group to help collect shells from restaurants.
The Outside Foundation is working toward identifying a drop-off recycling site this fall. From there, construction of the platform and signage will be installed. After three to six months (just enough time for Mother Nature to do her job and naturally sanitize the shells), the oyster shells will be stuffed into mesh bags and placed back in strategic locations throughout Lowcountry waters to shore up the substrate to help oysters latch and grow.
It’s the ultimate circle of life for an oyster. Immature oysters need a solid surface to grow, and the ideal structures are adult and dead oysters. These beds are more than fertile grounds for baby oysters; they also help prevent erosion.
ORRBI was made possible through a $9,015 grant awarded to The Outside Foundation through the Patagonia Environmental Grant program. It is a collaboration with the South Carolina Department of Natural Resources (SCDNR), the South Carolina Oyster Restoration and Enhancement (SCORE) project, 12 Recycling, Experience Green and the Town of Hilton Head Island.
For more information on volunteering, contact [email protected] or 304-642-1820.