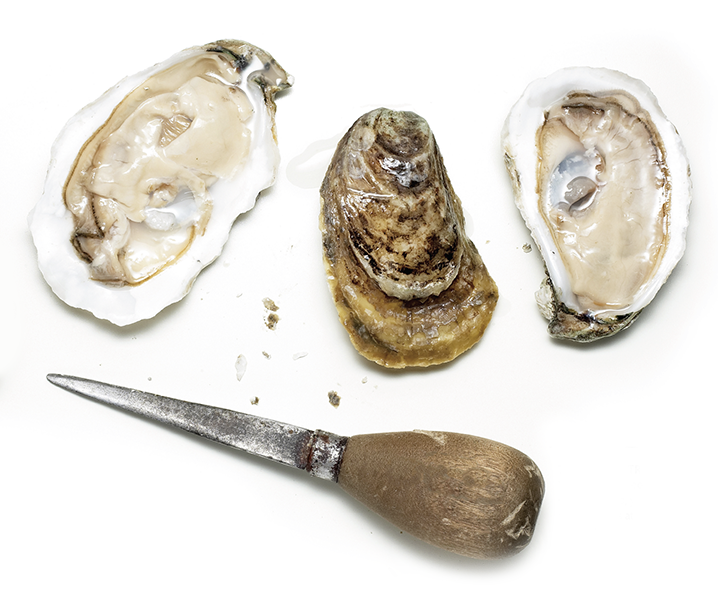 Google has our number. Type “oysters” into the search bar and if Google knows you’re in the Lowcountry, you don’t get the encyclopedia entry for oysters. Instead, you get a list of local restaurants that serve them.

That’s because oysters and shrimp are what we are all about. These creatures have fed our stomachs, souls and wallets for generations.
“What makes our area special is that Beaufort County controls its watershed. There are no rivers or streams so the salinity is high and water quality is very good,” said Al Stokes, executive director of the Waddell Mariculture Center in Bluffton.
In other words, we don’t inherit water quality problems from upstream like other areas along the East Coast. No freshwater waterways dump into our creeks and tidal basins.
What that means for your tastebuds is a delectable oyster that is the perfect combination of sweet and salty. From restaurants to backyards and parks, oysters, raw or roasted, are standard-fare, especially in the fall. October’s social calendar is jammed with oyster roast after oyster roast, many serving as fundraisers for local nonprofits.
The growing popularity of mariculture oysters also contributes to the boom of our local oyster industry. The nurtured oysters are grown in cages that are either resting on the creek bottom or suspended in the water, like little submerged farms. The industry is led by Lady’s Island Oyster Farm in Seabrook, May River Oyster Co. in Bluffton and St. Jude Farms in Colleton County.
A recent NPR piece outlined how the Southeast might become to oysters what Napa Valley is to wine, with subtle flavor differences depending on where they are grown.
“Growing” oysters is nothing new, but it is just emerging here, said Julie Davis of the S.C. Sea Grant Consortium. Davis is a living marine resources extension specialist for the consortium, serving as an advisor to the local growers. She earned her master’s degree in the subject from Auburn University. The coalition is comprised of universities, state and federal agencies. Its mission is to promote wise use of coastal and marine resources.
Oyster farming also got a boost from South Carolina lawmakers, who passed a law this year allowing year-round harvesting for commercial oyster growers. Usually, harvesting is halted during the warm summer months because of Vibrio bacteria in raw or undercooked shellfish, which can cause serious stomach distress, and in some instances death. The bacteria occurs in warm weather while intertidal oysters are out of the water during low tide. Farm-grown oysters can be kept under water, handled in cooler temperatures and tested to avoid bacteria. The new law requires grower training and other requirements to prevent the illness.
Davis said the suspended harvest season made it very difficult for oyster farmers to survive. “They had to go for four or five months with no revenue. In the meantime, they lost customers because restaurants and fish markets went elsewhere for oysters. Tourists want to experience South Carolina seafood. Mariculture oysters will allow that to happen year-round.”
Davis said cultivating oysters poses no threat to the wild resource and might even protect it from overharvest.

The Life of an Oyster

South Carolina oysters are the eastern oyster, Crassostrea virginica. The oyster feeds by filtering food particles from the surrounding water. Water and particulate matter are drawn into the oyster by the motion of small, fringe-like arms near the gills called cilia. The oyster determines which particulates are food and which are silt. The food particles are transported to the stomach while the silt is delegated to mucus near the gills and then discarded. A single large oyster can filter up to four gallons per hour.
This ability to separate food from silt allows oysters to survive in waters of high turbidity which is common in many estuaries. Their filtering ability removes not only suspended sediments from water, but can cleanse water of various pollutants, too. But oysters can only do so much to keep our waters clean. If we give them too much junk in the form of fertilizers, fecal material or other chemicals, we can’t eat them. If we overload them, we kill them.
In a sense, oysters are our “canaries in the coal mine.” If our oysters are in trouble, our water quality is in trouble, too. Luckily, so far, so good, although harvesting is often halted after heavy rains wash pollutants into the water.
Oysters reproduce by spawning tiny larvae that float in the water in search of a hard, clean surface on which to attach. After three to four weeks, if they can’t find a place to attach, the larvae sink to the bottom and die. If they do find a suitable surface for attachment, the larva secretes a fluid that cements the shell to the object. Unless removed by some external force, the oyster will never move again. Almost any hard, clean surface is acceptable for attachment, but the most favored surface is another oyster shell. Thus, it’s important to add your post-roast oyster shells to collection sites around the county so they can be collected and purposely placed to attract oyster larvae.
After attachment, these small oysters are called spat. In southern waters there is a nearly continuous setting of spat during warm weather. This frequently produces overcrowding and results in thin, elongated oysters, often in clusters that are formed by successive sets, one attaching upon another. Each oyster in a cluster is used by succeeding generations. The cluster continues to grow as each new set occurs. Sometimes clusters reach a foot or more in thickness. The added weight of additional individuals tends to push the lowermost oysters into the mud where they eventually suffocate.
Harvesters are encouraged to “cull in place,” meaning breaking apart clusters while harvesting, thereby leaving smaller oysters in place for future growth. It takes about three years for an oyster to grow to harvest size.

No one knows oysters better than the Toomer family of Bluffton.
Since 1899, the family has been pulling oysters from area waterways from September to mid-May. Its present incarnation, the Bluffton Oyster Company, sits on reclaimed land built up by more than 100 years of discarded shells from previous shucking operations.
The business, one of the last commercial oyster packing houses on the East Coast, had a lot of competition in the 1920s, with five different oyster operations in the Bluffton area. In addition to selling the prized May River oyster meat, the shells were sold for road surfacing and chicken scratch.
Today, the shell stock is unloaded on the docks, washed with fresh water, and then put on the shucking tables where shuckers open the oysters and place the meat into stainless steel cans. In the packing room, the oysters are washed in a skimmer and packed into 12-ounce, quarts or gallon containers. They are placed into a refrigerated holding area until delivery.
But the business is changing, Tina Toomer said.
“We’ve changed our business over the past five years because our main shuckers were women in their 70s and 80s. There wasn’t anyone coming up to replace them, so we changed our process that makes the slower process safer. We heat shock them, which kills any bacteria.”
The Toomers also moved away from wholesaling oysters to retail sales.
They sell everything they harvest to local restaurants, including theirs in Bluffton, and Sea Eagle Market in Beaufort.
Toomer said an ongoing challenge is state-required recordkeeping of the temperature of the oysters every four hours. They must move the oysters to a refrigerator within 12 hours.
“Our oysters are still handpicked and hand shucked,” Toomer said.

How to protect oysters

As demand for oysters continues to grow, efforts to protect them have to rise as well.
For starters, slow your boat down, Toomer said. Wakes near oyster beds from ever-increasing boat traffic keep the larvae from being able to attach and hang on.
Take your old shells to collection points around the county. Baby oysters love to attach to oyster shells. If they don’t find a firm surface on which to attach, they’ll die.
Continue to insist on smart development that keeps our local waters clean.
“Everyone in Bluffton knows how important oysters are to our economy,” Toomer said.