Tiger Woods looked unbeatable in 2000. Having won three of golf’s four majors and six other PGA Tour events, he seemed invincible heading into the Andersen Consulting Match Play Championship in California. After cruising past Michael Campbell, Retief Goosen, Paul Laurie and Davis Love III in the early rounds, the rampant Tiger was a 66-1 favorite to defeat his opponent in the final — an out-of-shape, cigar-smoking Northern Irishman named Darren Clarke.

Clarke turned the golf world on its ear that day with a stunning upset. He didn’t just beat the world’s best player, he dominated him. After the dust settled at La Costa, headlines read, “David Slays Goliath,” “Fat beats Fit” and “Tiger No Match For Happy-Go-Lucky Irishman.”

Clarke instantly became one of the biggest names in the sport. Since then, he has won a number of tournaments, including the 2011 British Open. His name carries extra significance here on Hilton Head Island, thanks to his steakhouse on Executive Park Road, Darren Clarke’s Tavern, which opened last summer. LOCAL Life reached out to the golf legend to get his thoughts on his restaurant, his game and his plans for the future. 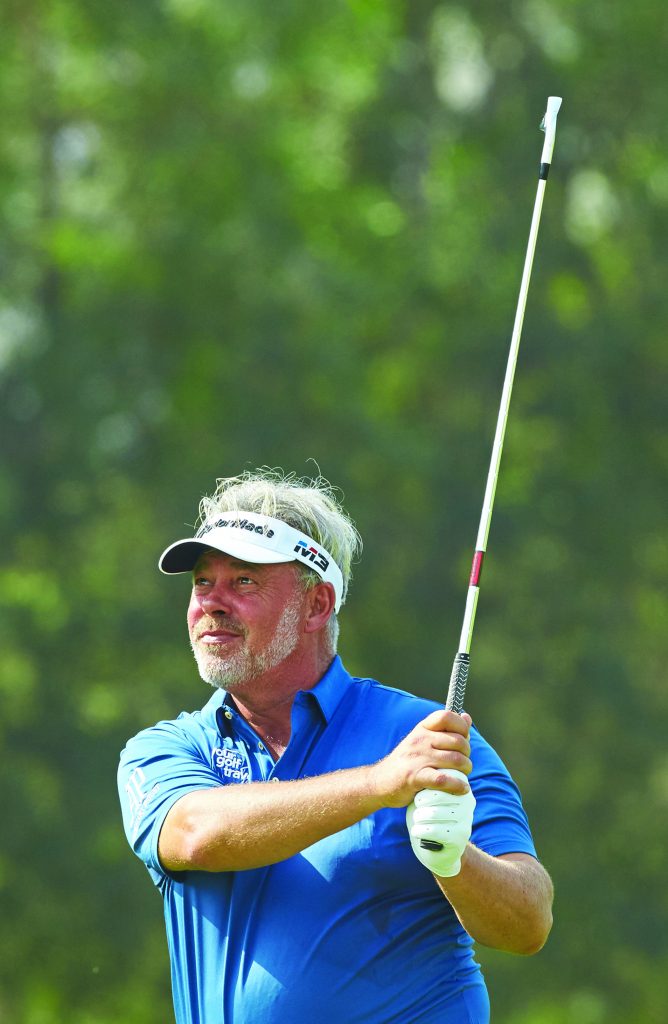 Tiger Woods and Graeme McDowell are both in the restaurant/bar industry. Did their success in Jupiter and Orlando inspire you in this new business venture? [Darren Clarke] “They’re both top guys with really good places but it was more that a great opportunity presented itself here and I jumped at it. I’m really pleased with how things have turned out. Mike Doyle (managing partner) and the guys who are running it are fantastic and I’m proud of what we’re doing.”

Of all the places in the world, why was Hilton Head Island selected? [DC] “I’ve always loved the United States and have had so many great times there. Hilton Head Island is an area synonymous with golf and people there know how to have a good time so it’s been perfect.”

How involved were you in the conceptual and execution stages of the tavern? [DC] “We have some of the best in the business behind the Tavern so they take care of the finer points, but I’m pretty clear on what I like in a bar and a restaurant and we’ve certainly lived up to that.”

We have more than 250 restaurants in this area. What do you feel makes your place unique? [DC] “We guarantee a warm welcome, the best local food and a great pint of Guinness. What more could you want?”

Is it everything you thought it would be? [DC] “Whenever I’ve been, I’ve been delighted with how it’s turned out. It’s everything I hoped it would be and more and that’s all down to Mike and the guys. It’s a special place and I know that people will have a great time there. That’s all I wanted.”

Is there a particular tavern out there you wanted your place to emulate? [DC] “I wouldn’t say so. It’s fair to say I’ve been in one or two bars and restaurants in my time. So I know what I’m after and we’ve got it just right I think.”

What feedback have you gotten? [DC] “I’ve been really pleased with what people have been saying about the place and I’m hoping word continues to spread.”

Many of your friends and colleagues will be coming for the PGA Tour’s RBC Heritage in April. Will you be here as well? [DC] “I’m not sure what my schedule is just yet and I’m playing a lot in Europe at the moment so we’ll have to see. It’s always a fantastic week and I’m sure we’ll have plenty of golf fans through the doors.”

If you do end up coming, are you excited to show Darren Clarke’s Tavern to them? [DC] “I’m hoping that a few of the guys will find their way there. I’m sure it will be bouncing that week.”

Speaking of the Heritage, you have played here five times. What are your fondest memories of the tournament and of Hilton Head Island? [DC] “It’s one of the iconic weeks on the PGA Tour isn’t it? For any player, American or not, it’s one that you look forward to when you first get on the PGA Tour and I always like playing there.”

You finished runner-up to Peter Lonard in 2005. What do you remember from that tournament? [DC] “I played some great golf on the first two days and I think I had a four-shot lead early in the final round and then lost to Peter on the final hole. I could have done with the Tavern being open that day, that’s for sure!”

Many professionals are fond of Harbour Town Golf Links, particularly European players. Why do you think that is? [DC] “It’s one of the great stop-offs on the calendar. The lighthouse is obviously one of the most famous views in golf and it’s a great layout.”

You formed the Darren Clarke Foundation in 2002 to help discover the Irish stars of the future. Any up-and-coming superstars local golf fans may want to watch out for? [DC] “The impact of Irish golfers is a real source of pride for everyone in our country. We’re a relatively small country but we’re passionate about our sport and I’m sure we’ll have another young talent on the scene very soon.”

Speaking of Irish athletes, what is your take on Conor McGregor’s meteoric rise to fame? [DC] “It’s an incredible story really. Not many people could do what he’s done and he’s a great character with it.”

You have accomplished so much in your career. What are you most proud of? [DC] “Having my name on the Claret Jug. Golf has been very good to me and there are lots of moments that I look back on with pride, from other wins to Ryder Cups, but winning the Open Championship is as good as it gets.”

Winning The Open Championship is something most golfers only dream of. What doors did your victory in 2011 open for you? [DC] “It’s something that can never be taken away from you and it was a lifetime’s ambition fulfilled. It’s something I’m asked about all the time and I will never grow tired of talking about it.”

You played in five Ryder Cups and were Ryder Cup Captain in 2016. In your opinion, what separates players here in the United States from international players? [DC] “I don’t think you can make it as black and white as that. Europe has had a great run and unfortunately we couldn’t continue that at Hazeltine two years ago. Each match just gets better and better and I’m sure that Paris will be another classic.”

How often do you play golf? [DC] “I still have the same love/hate relationship with it! I’ve got quite a full schedule at the moment and I’m playing a lot of tournaments on the European Tour.” 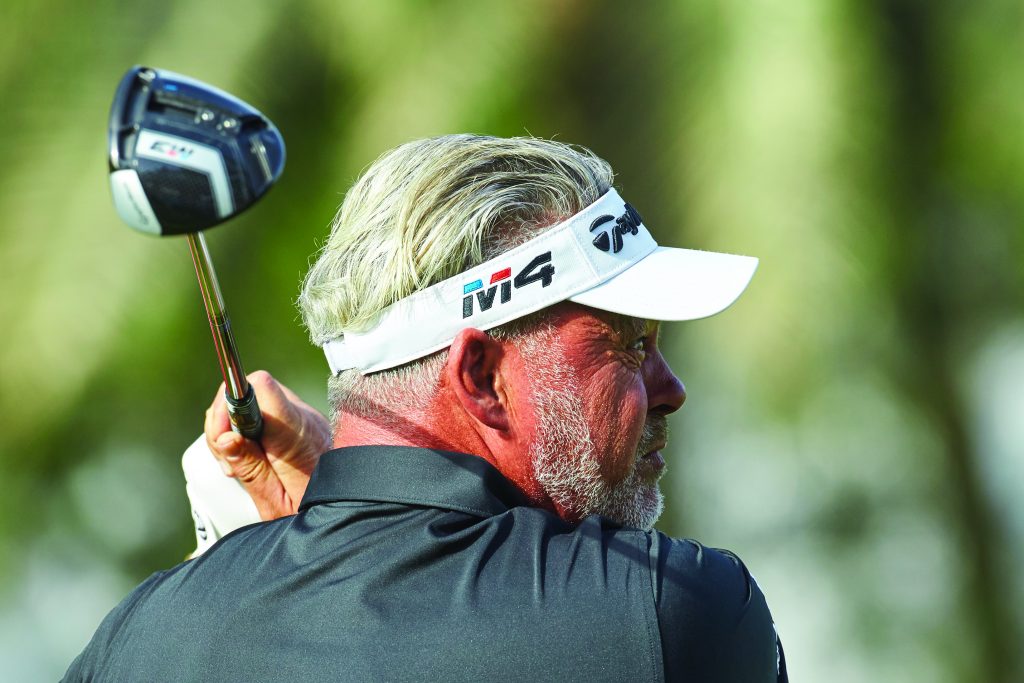 Shedding some light on the “Price of Darkness”