The globetrotting titan of the fashion industry lives for life on the water. 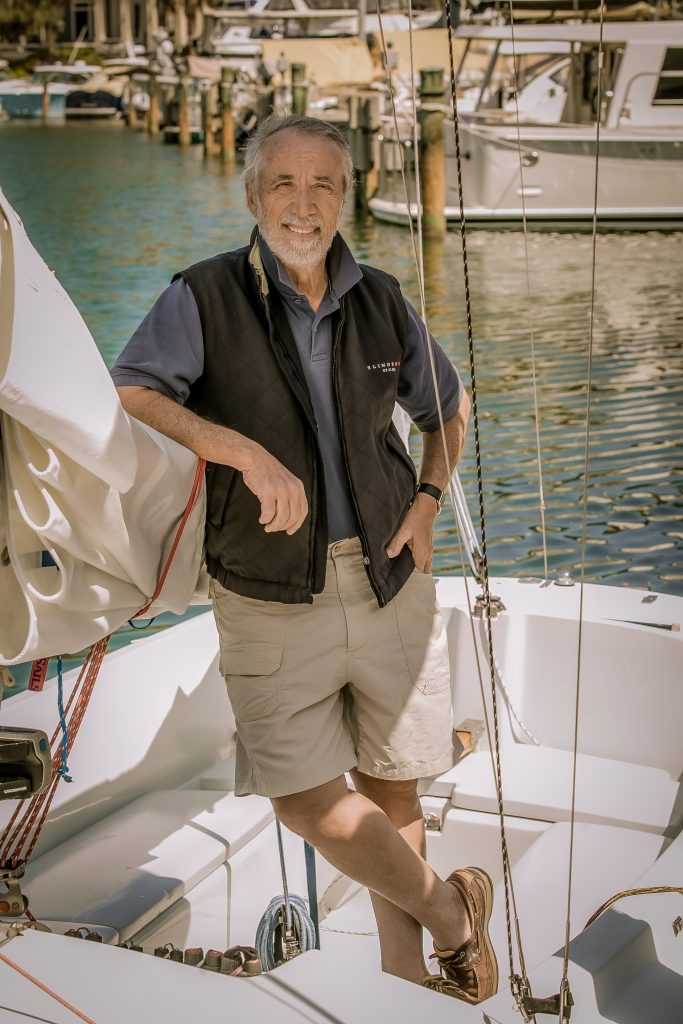 For someone who claims to be retired, Domenico De Sole has a lot on his plate. The world-famous fashion mogul is spending his 70s dashing from one end of the earth to the next, helping guide the luxury fashion world as chairman of Tom Ford International and Sotheby’s and director of Gap, Inc. But wherever his travels take him, he always makes sure he’s back in his Hilton Head Island home for a important weekly appointment.

“Every time I possibly can, I make sure I’m back here Wednesday afternoons to race with the Harbor 20s,” he said.

We sat down with the clearly not-all-that-retired fashion mogul to talk about his travels, his passion for sailing and his long-standing love for Hilton Head Island.

From Stem to Stern

Have you always been this passionate about sailing? [Domenico De Sole] When I was a young kid, the water was always a part of my life. My family was from southern Italy and even though I moved around a lot — my father was in the military — I used to go to southern Italy during the summer to our family place on the Ionian Sea. That’s where my love for the water began. And I live by the ocean now — my house on Hilton Head in Sea Pines is right on the ocean.

The sailing bug really started later on in life… years later, when I was living in Washington, D.C. I really felt I needed to have some sort of hobby. I’m a complete workaholic. . . Living in Washington, I decided to buy a small sailboat and I started sailing with my wife on the Chesapeake.

With your extensive resume, you’ve obviously done a bit of traveling. How much of the world have you been able to sail? [DDS] Anywhere I am, I’m looking at the water. In the U.S., I obviously did a lot of sailing in the Chesapeake, and I lived in Greenwich (Conn.,) so I raced up in New England. I did the Bermuda Race five times and then I did a lot of racing when I lived in Europe for many years. My life changed in a way because I was very successful running a company and I bought myself a Wally Yacht. There was a class called the Wally class that had these big boats – mine, at 69 feet, was the smallest. I did a lot of racing and that was a lot of fun. Then when I moved back home and settled on HHI, I picked up sailing again, especially racing with the Harbor 20s.

How is it different racing Harbor 20s vs. racing Wally Yachts? [DDS] There’s a personal involvement when you’re racing with just two people. On the Wally when I raced, I had a crew of 18-20 people so it was like managing a small company, as opposed to racing a Harbor 20, where it’s just two people. Everybody has the same boat – it’s one design – and you’re responsible for everything. It’s been a lot of fun for me. And it’s more competitive. I’m very competitive in sailing – I’m competitive by nature.

What brought you to Hilton Head Island? [DDS] My wife’s side of the family is from Bluffton. Her parents had a house in Hilton Head, so when we were dating 44 years ago, I came to Hilton Head on a vacation with the family and fell in love with the area. And we said one day we would retire here. So that’s what happened.

When did you move back? [DDS] I moved back in 2004. I met some people here on the island and somebody introduced me to people who were sailors. One was Ned Nielsen. Ned is very much part of the (South Carolina Yacht Club) fleet. He’s a wonderful person. And he’s the one who said to me we race here in Harbor 20s. I didn’t know the boats, but I bought one right away and started racing. I have a house in Aspen, (Colo.), too. That’s our base, but I love to be here.

The sailing is probably better here than it is in Aspen, at any rate. [DDS] (laughing) Nobody believes me, but there is sailing in Aspen. There is an Aspen Yacht Club at a place called Ruedi Reservoir.

The Many Boats of Domenico De Sole

De Sole may ply the waters in a Harbor 20 these days, but it’s not the only ship he’s captained.

His First: “My uncle gave me a small row boat as a gift when I was younger. It was not a sailboat. It worked. I loved it. I didn’t know any better – at the time it was fabulous.”

The Slingshot (69-foot Wally Yacht): “They make beautiful carbon fiber boats, and it was a beautiful boat… I sold that because the draft was like 12 feet. On the (Mediterranean Sea), it’s fine. It’s very deep. On the East Coast it doesn’t work. The only place you can sail it in the U.S. is Newport, R.I. It would be impossible here in South Carolina.”

Ciro (Hinckley pleasure yacht): “It’s not a racing boat at all, just a cruising boat… It’s in the Bahamas now. Ciro is the name of a little town in Italy where my family is from.”

The Slingshot (Harbor 20): “My boat here, the Harbor 20, is The Slingshot, which was the same name as my Wally Yacht. (laughing) So I can use the same T-shirts.”