Islanders may have seen Grammy and Tony award-winning composer Duncan Sheik perform onstage at the Arts Center of Coastal Carolina through the years headlining fundraisers, or maybe you were sitting in an orchestra seat in a Broadway theater in the mid-2000s, listening to his score for the hit musical “Spring Awakening.”

If neither of these notable events are in your entertainment memory bank, then surely it was listening to him on the radio singing his Top 10 breakout hit “Barely Breathing” that launched his career 21 years ago. Or perhaps you watched his videos on YouTube.

His buddies from years ago at the Sea Pines Montessori School and Sea Pines Academy (now Hilton Head Prep) surely know him — and have followed his career. Even though Sheik was born in New Jersey, he grew up in Sea Pines Plantation under the canopy of live oaks and the wings of his mother Zonnie Sheik and his grandparents Joanne and Bill Tracy. He also has a stepsister and a stepbrother.

The 47-years old practicing Buddhist left the island in seventh grade for the Northeast and private school. He graduated from Brown University, majoring in semiotics. Then, it was off to Los Angeles to jump-start his career.

Recently engaged for the first time, the Manhattan resident has released eight albums and composed the scores for nine musicals.

Here are excerpts from a conversation Sheik and LOCAL Life shared: 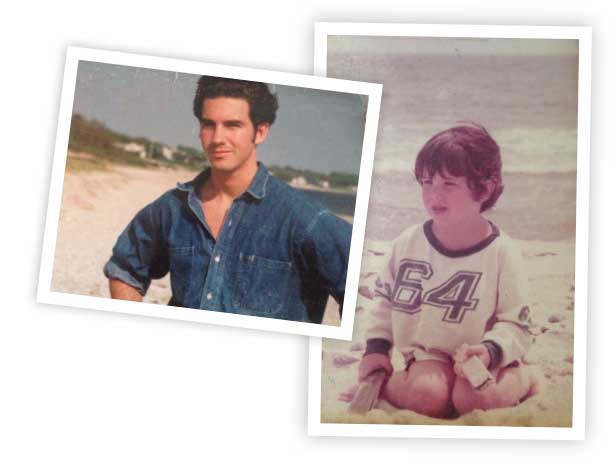 What was it like growing up on Hilton Head? [Duncan Sheik] “Obviously, I have fond memories of being on Hilton Head. I had an amazing family. My mom was sort of a single working mother who built an amazing jewelry store, and my grandparents were there and incredibly supportive and loving. And of course, (there was) Leisa and Peter (Cram) and their young family. In some ways, I had an idyllic childhood. But I always had somewhat of a nomadic spirit and always wanted to go to different places and do different things.”

Describe camping out with your buddies as a kid on Daufuskie Island, and the parent telling you scary stories. [DS] “Those were really fun and amazing times. The memory that remains for me was having the crap scared out of me, having some s’mores, and then trying to go to sleep in these tents and being attacked by a billion mosquitoes. I couldn’t wait to get back to Hilton Head in the morning. I’d been eaten alive.”

Why is Charlie’s L’Etoile Verte your favorite restaurant on the island? [DS] That was really my first experience with amazing culinary artistry. He made me lunch when I was 12 and 13 years old around 1983. I said, ‘What’s this?’ but it was really, really good food. I’ve been blessed to have eaten Charlie’s food for the past 30-some-odd years. He’s a fantastic guy. One of the great things about Hilton Head is that you have these characters who are incredibly talented people. We were all friends.”

Do you keep in touch with your school buddies? [DS] “Yeah, I do, absolutely. Yesterday I was with my friend Colin Kappler, whom I grew up with on the island, and he is a builder and contractor here in the city. He built my recording studio in Garrison, N.Y. The Arts Center shows were really, really fun. It was fun to come back home, play a show and see all my friends. I really cherish the times I can come back there and see all my friends I grew up with.” (Sheik last visited Hilton Head in March for a cousin’s wedding. His manager lives in Charleston.)

Your aunt described you as being playful, a genius and very family-oriented. Do you agree? [DS] (Laugh) “Well, that’s certainly kind of her to say. I’m an only child so I can be kind of a loner, but the more I get into my late 40s the more I appreciate my family, and I love hanging out with them.”

How did you begin building your professional portfolio? [DS] “When I was at the university making a lot of recordings, making demos, I was wishing and hoping I could get a record deal when I graduated, and I took some of those recordings out to L.A. I did manage to get signed for a couple of years (1994-2003) to Atlantic Records. That was very exciting.”

What happened after four albums over eight years with that label? [DS] “At the end of that time I felt like I didn’t have a lot of kinship with what was going on in the pop music world in the early 2000s. It just wasn’t my cup of tea. I was kind of eager to move into a different medium.”

Where did that take you? [DS] “I had a lightbulb over my head. I don’t really love the way musical theater sounds, maybe I can do something that is a new approach to how the music in the context of musical theater might sound in a Broadway show. That was sort of my naïve thought. I was very lucky that I got away with it. I ended up writing something with Steven Sater (“Spring Awakening”) that ended up connecting with a lot of people, and that began the second phase of my career…It was a seven-year development process.”

What are you doing now? [DS] “I’m working on a show, which is an adaptation of “The Secret Life of Bees” that is a novel set in South Carolina in 1964. It’s about a young white girl that ends up with this Gullah-Geechee family. I’m really (working) on that material and that experience and environment. I feel a sense of gratitude for having grown up there. Hopefully we’ll be bringing it to New York in 2019.”

Who are you? [DS] “I’ve been writing and making music since I was 6 years old. So for four decades, that’s my craft. I want to make music that moves peoples’ hearts and transports them to some kind of mysterious, enigmatic, beautiful, amazing place.”

Are you a happy man? [DS] (Laugh). “I think there’s two kinds of happiness. There’s a surface kind of happiness -‘Oh, I’ve made a lot of money or I won an award,’ and that’s fine. But I’m always searching for a deeper happiness that’s about creating value, doing something that moves other people and being part of a community. That takes work, and I do my best. I will credit my Buddhist practice for giving me the sort of hopeful positive outlook on what might happen. Creating value in the world can help you find a deeper happiness.” 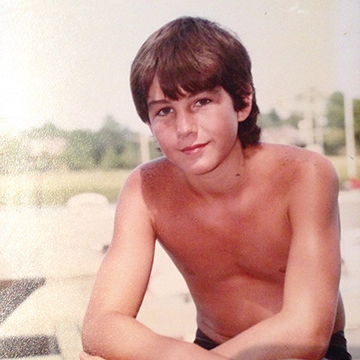 When Duncan Sheik grew up on Hilton Head as a 4-year-old preschooler through sixth grade, he lived with his mother and grandparents in Sea Pines. Sometimes, his young adult aunt also joined the household.

Theirs was a joyful congregation, and the loving family connections that were established on the island long ago have remained strong ever since.

His aunt, Leisa Cram — who lives with local photographer/husband Peter Cram on a small island across from Colleton River Plantation in Bluffton — offered some quotable recollections of her nephew.

“What you see is what you get with him.”

“He truly is a moving target. He’s involved in so many different things. He literally is non-stop. He’s a hard one to pin down.”

“Nature is very important to him. When he’s staying here, he’s up early and heading to the dock, either meditating or heading out in one of our kayaks or paddle boards. It’s a connection with the beauty of the Lowcountry.”

“My mother was a pianist — she trained at Julliard. We always had a piano at our house, and we all took piano lessons. I remember him always dabbling on the piano.”

“He was attached to the guitar at all times, and still is. There’s not a day that goes by when he’s not playing the guitar or singing or writing. My mother gave him a guitar at the age of 5. It was so important to him then and still is today.”

“I’ve seen him in concert so many times and they’re all so amazing. The most memorable was when he did the first concert for Sea Pines Montessori at the Arts Center (1998). My mother was still alive and she was there and so was my dad. It was just magical.”

“His music is a soulful thing for him. Pretty much every song has some sort of meaning. He’s like a poet really.”