The Chicago Experience is coming to Hilton Head.

Kenny Cetera knows a thing or two about the windy city, Chicago. He was born and raised there, for starters. Then, there was singing in the house with his brothers and sisters while doing chores as a kid, thanks to his mother who played Broadway musical soundtracks for vocal inspiration. 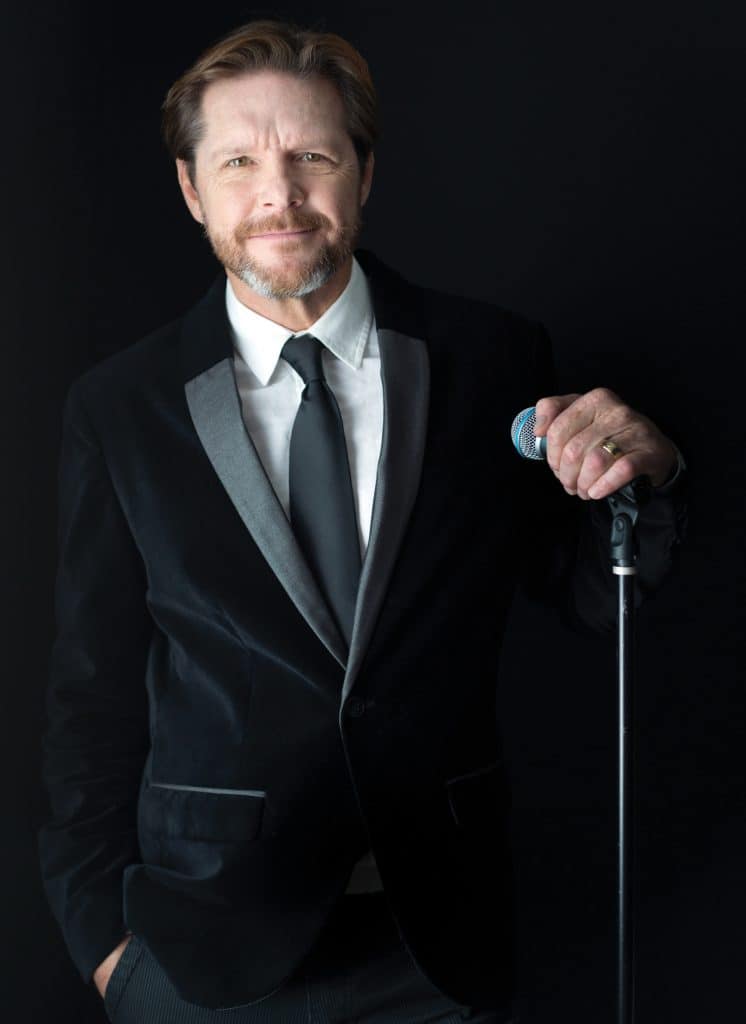 He fiddled with piano, sax, bass guitar and drums, but always sang in the grammar school and church choirs. He bought a drum set as his high school graduation present and sang with cover bands thereafter.

I have a love for this music, and I think everybody feeds off of that.”

Now, he lives in north Los Angeles County with his wife Renee, with whom he has three daughters and lives with stray dogs and a cat. The couple loves to travel.

And by the way, he’s the younger brother of Peter Cetera, co-founder, co-writer and co-lead singer of the band Chicago, which has sold millions of records since the band formed in the late ‘60s as the Chicago Transit Authority. After he left the band in 1985, Peter went solo and sold millions more records.

These days, Kenny is on the road with his “Kenny Cetera’s Chicago Experience” that will be on stage at the Arts Center of Coastal Carolina for three nights Aug. 30-Sept. 1. He’s the lead singer of his seven-piece band and also plays the congas and timbales.

He formed his band in 2008/09 and usually has six performances per year. Hilton Head is one of those.

He’s never been to Hilton Head before, but he knows, “they love golf and hate hurricanes.”

Here are excerpts from the phone interview with LOCAL Life magazine:

[LOCAL life] When did you know you had musical talent? [Kenny Cetera]. Hard to say. Maybe when one of my sister’s girlfriends liked the way I sang. It was a long time ago.

[LL] Did your brother Peter give you and your band his blessing? [KC] Oh yeah. He came out to one of the first shows we did. It was a casino called The Cannery in north Los Angeles. You can find it on YouTube. It was great. He didn’t tell me he was coming. He had kind of mentioned on his Twitter page that he might drop in. He was telling people to check out my band. He got there about 10 minutes before we started, came backstage and went back into the audience and sat next to my wife. I was pleasantly surprised. For the first portion of the show, she said he couldn’t sit still, so then he came up on stage and sang a few numbers. It was his stamp of approval.

[LL] How much of a musical influence was Peter on you? [KC] It was huge. He used to practice prior to getting together with the guys from Chicago. They were a Chicago-area band and would practice in our garage and that was a big thing. It’s what I gravitated toward. Being young and them practicing in the garage was a cool thing. 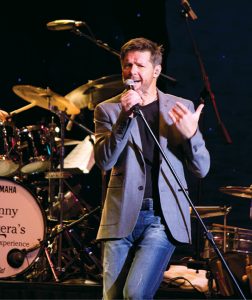 [LL] What do your audiences expect and what do you and your band deliver to them on stage? [KC] It kind of goes back to Chicago in the early days. Great music, a live horn section playing with a rock band. I’ve got four guys singing in the band; I’ve got top-flight musicians. I’ve got a trombone player who played with the Ray Charles band for 12 years; my drummer was with The Doobie Brothers for six years, not to mention several other amazing musicians. We all get along, we have a great time on stage, we move around a lot, and I engage the audience with stories about being on the road with Chicago and growing up.

[LL] Why does the music you play resonate so much with Chicago fans? [KC] It’s their hit songs that people remember. We get a lot of ‘I’ve never seen Chicago play live’ or ‘I saw Chicago and it brought back great memories’ and ‘thanks for keeping their music alive.’ So apparently, we’re doing a good job at what we’re doing. Everybody’s passionate about the music. I have a love for this music, and I think everybody feeds off of that.

[LL] Why is preserving and sustaining Chicago’s music important to you? [KC] I’ve grown up with it. It’s my family, my heritage. My brother was integral to the sound of Chicago.

[LL] You sang and played on the band’s biggest selling album “Chicago 17” in 1984. Describe that experience. [KC] Awesome. Overwhelming. Humbling to work with (legendary producer) David Foster in the studio. A little bit scary but amazing all wrapped in one.

[LL] What’s your favorite Chicago song? What’s your audience’s favorite? [KC] Man, there are lots. I really love doing a duet with my keyboard player Matt (Brown) on “Hard Habit to Break.” I like them all. “Feelin’ Stronger Every Day.”

Chicago from the beginning

• When Kenny Cetera and his seven-piece band take the stage at the Arts Center of Coastal Carolina at summer’s end to perform “Kenny Cetera’s Chicago Experience,” they have a trove of musical treasures amassed by Chicago since 1967 from which to choose. 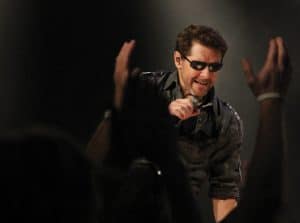 • Co-founded by his brother, Peter, the rock band with an inimitable horn section has sold more than 100 million records worldwide, earning 23 gold, 18 platinum and eight million multi-platinum albums along the way. They have had five consecutive No. 1 albums on the Billboard 200, along with 20 Top 10 singles on the Billboard Hot 100.

• Of the 36 albums released by the band, “Chicago 17” in 1984 sold more than six million copies and became the band’s best-selling vinyl ever. “Hard Habit to Break” and “You’re the Inspiration” best captured the album’s sound, and Peter sang lead on both songs.

• “Chicago 17” also marked the appearance of Kenny in the studio with his brother as a singer on the high-end of the harmonies.

• Peter also sang lead or co-lead, played bass guitar and co-wrote many of the band’s hits during his 1967-1985 tenure. He left the band in the mid-1980s to launch his solo career.

• Chicago was elected to the Rock and Roll Hall of Fame in 2016.