Stage, screen and TV star Meredith Inglesby traded the island of Hilton Head for the island of Manhattan more than 20 years ago. And she loves them both.

Born in Savannah, because there was no maternity ward on Hilton Head at the time, and raised on Hilton Head, the 43-year-old daughter, wife and mother speaks reverently and insightfully about her upbringing and life as an actress.

An art major in college, the strikingly attractive actress and lively conversationalist, who punctuates her words with a hearty laugh, lives with her husband Steve Blanchard, who is also an actor, and their 4-year-old daughter, Victoria, in a pre-war apartment in Astoria, Queens.

In her 23 years as a professional performer, Inglesby has appeared on Broadway as Babette in the “The Beauty and the Beast” and as Carlotta in “The Little Mermaid,” both Disney shows.

Her credits also include national and regional tours and local stints at the Arts Center of Coastal Carolina in “Shout! The Mod Musical,” “Spamalot” with her husband and a special benefit concert with singer Duncan Sheik in 2013.

Inglesby also appeared in the movie “Disney’s Newsies: The Broadway Musical” and had a guest role on TV’s “Law and Order.” Her acting career began at the Community Playhouse (1976-1996) on Dunnagans Alley in “Fiddler on the Roof.”

She and her family spent the Thanksgiving holiday visiting her parents, Bill and Ellery Inglesby, at their waterfront home in Sea Pines Plantation. She spoke with LOCAL Life during her visit and here are excerpts from the conversation:

A peek behind the curtain:

You made your professional debut as Eliza Doolittle in “My Fair Lady.” Describe that experience. [Meredith Inglesby] “I did, here on the Island. It was a fortuitous thing. It kind of catapulted me into thinking I could do this as a career. Prior to that, I just did it for fun and I minored in it (theater) in college. I had a modicum of talent, I suppose, to do this, but I definitely got into it by accident. I was at a local restaurant and the then-artistic director of the theater (Arts Center of Coastal Carolina) Dallas Dunnagan saw me and said, ‘Come audition for ‘My Fair Lady,’  so I did, and I got it as Eliza. . . The experience of playing Eliza here was such a gift.”

Has your career always been an ascension? [MI] “Yeah, definitely. Of course, there are always setbacks in this business. It’s cyclical. One day you’re on top of the world, and the next you’re a mom with children trying to figure out plan B. It’s a difficult life with stability, if I still have any. . . . But I think so, and I’m looking forward to the next chapter, quite frankly. I haven’t done nearly enough as an artist. I have a lot more to give on the horizon. Yes, it’s been an ascension, and I see more ascension in the future. . . . I’m youngish! I see myself branching out into other mediums. . . . I’ve done a lot of voiceover work, and I love studio work singing.” 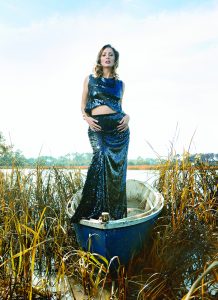 You’ve acted on stage, in film and on TV. What’s your favorite medium? [MI] “I do really love TV and film. Probably because it’s so different from what I’ve done for the majority of my career, which has been mostly on-stage work. There is something so real and loose about TV and film work. Everything is so heightened on the stage, everything is so big, and I’ve gotten good at that. I’ve gotten good about playing big character roles that require me to be loud, large and dramatic, which I truly love. . . . With TV and film work, you’re just speaking, you’re not playing a character, so to speak. . . . you’re saying the lines truthfully, quietly and sincerely.”

What drives the inner you? [MI] “Finding balance, finding moments of quiet. I’ve had such a loud life over the past 15 or 20 years that I finally found quiet, through meditation, and grounding myself in who I am as a person and artist, a mother and a woman in this country and the crazy world we’re living in now.”

You were born in Savannah and raised on Hilton Head. Are you an Island girl at heart? [MI] “Yes, definitely! But I have to say I’ve always had a restless spirit. There was always something else to see, somewhere else to go, new people to meet. I was always into diversity and people from very different backgrounds. Even though I absolutely relish the fact I was raised here, especially in the ‘70s and ‘80s when it was so quiet. I almost don’t recognize it when I come home now. I definitely would call myself an ‘Island girl.’ Growing up fishing and crabbing and shrimping in my backyard, and going out on the boat every weekend.”

You and your younger sister, Catherine, grew up on Hillton Head in a household full of music. What was that like? [MI] “We did. My dad plays pretty much any string instrument you put in front of him and so does she (her sister). She has that talent as well. My mother was a beautiful singer. My grandmother was on a radio show in the ‘40s. My cousin was a singer/songwriter for years in New York. It’s a long line of performers. . . everybody was always singing and playing then, but no one ever did it as a career. . . just last night we were all sitting around at my dad’s big house and my sister had one guitar and my dad had another. My little girl was playing her ukulele, and my husband is a beautiful singer. It’s part of our daily normal.”

When you come back to visit your folks here, what do you like to do? [MI] “I really end up being quiet in the house a lot because it’s so peaceful here. We end up visiting family in Savannah or Beaufort. I still have very dear friends here: Courtney May, Leslie Hughes, Julia Pratt. We’re still all very close. They’re core forever. My only sadness is I don’t get to see them as much as I want to. One friend, Alex Meyer, lives up in the Hamptons (N.Y.) now, and he and I see each other pretty often.”

What are your favorite restaurants and hot spots here? [MI] “Oh my, I’m so out of touch. I would say the Sage Room, and we go to Hinoki all the time. I love sushi. (I go to) Pomodori, Michael Anthony’s is amazing. I know there are so many amazing restaurants that I just haven’t been to. We end up just hanging out at home because it’s so comfortable and wonderful here.”

What’s it like to perform here before your family and friends? [MI] “Oh my gosh! It’s being home, being supported by my community where I grew up. I always feel like I’m the prodigal son coming home. I’m honored to be given the opportunity to work here. People I’ve seen my whole life coming to see me and people I don’t know. I’m astounded at the group of people this island has attracted. To be compared with someone on the level as Duncan Shiek (another native Islander with a storied musical career who was the interview subject in this magazine’s November issue) blows my mind. He’s just unreal to me. We performed at the Arts Center years ago (2013) in concert. To come home is such a gift.” 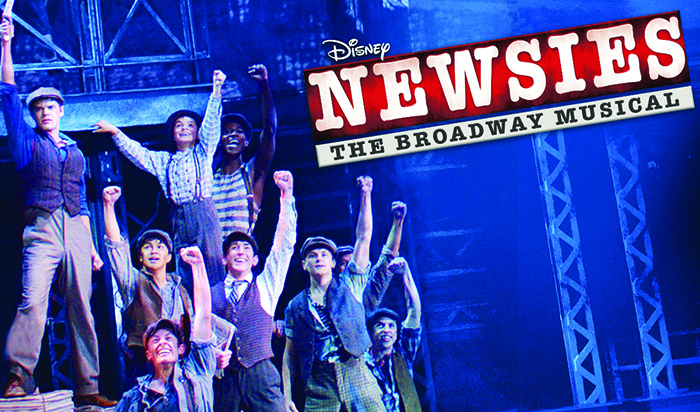