HGTV has long had a love affair with the Lowcountry, and for good reason. 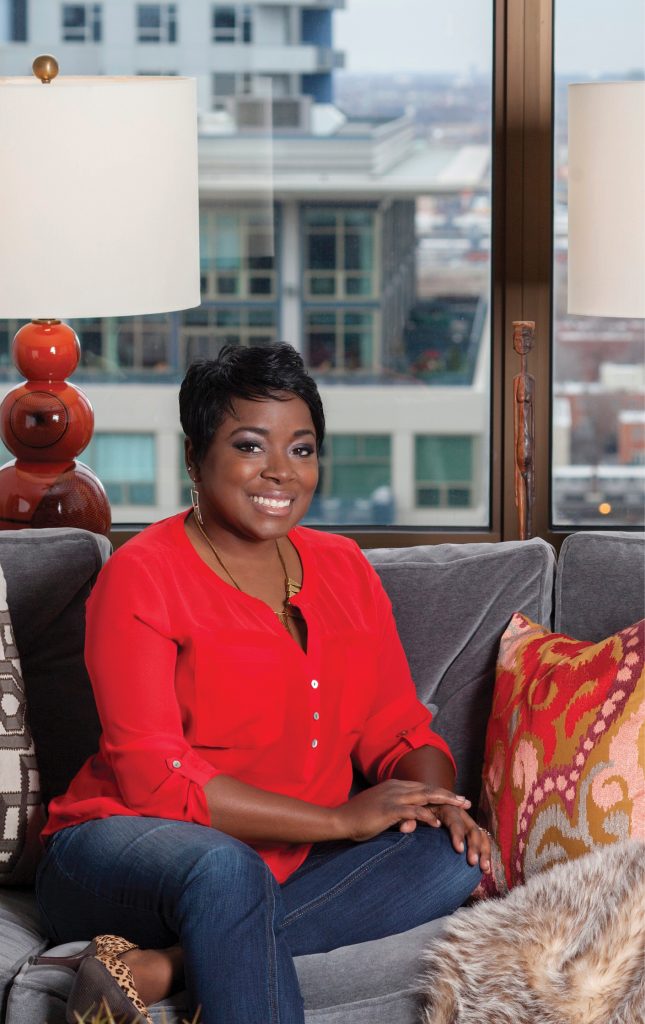 Between the natural beauty of marsh grass and Spanish moss and a style of architecture that favors gracious porches and outdoor spaces, it’s no wonder the home and garden network has designed dream homes and staged shows here many times over the years. The latest HGTV designer to share her talents with us is Tiffany Brooks, who won the “HGTV Design Star” reality show competition in 2013. She hosted the HGTV Smart Home special in 2014 and 2015, and has served as the interior designer and host of the sweepstakes special the last three years. LOCAL Life spoke with Brooks about her latest design project, the 2018 smart home in Palmetto Bluff.

How long did you work on the Palmetto Bluff home? [Tiffany Brooks] I started on the house in March of 2017 and we got to load it all in in January 2018. 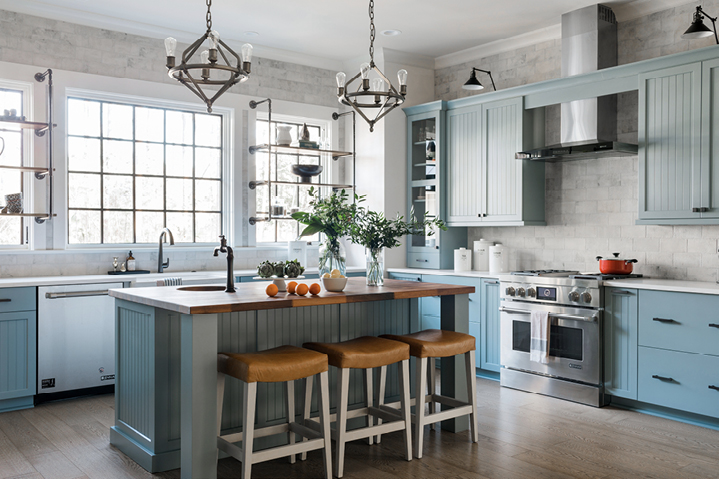 The Lowcountry has its own vibe and style. How did you go about incorporating that into the home’s design so it complemented its setting? [Tiffany Brooks] The thing is I wanted all of that in there but I wanted to do it a little more subtly. Obviously, the paneled walls, the front porches, all of that needed to be included, but I wanted to add a little bit more flavor to it. 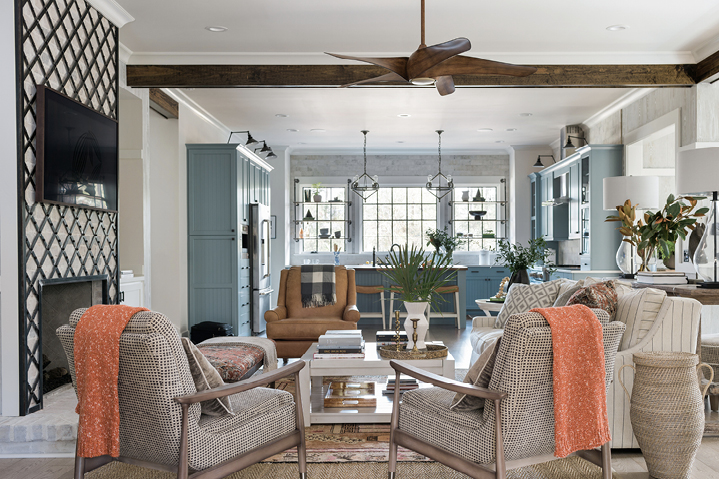 This home has some amazing features – a hidden coffee bar in the master bathroom, a pocket door doggie gate. Are you involved in those types of design elements in the space? [TB] Yes, that was all me! This house is way different. When you think of “smart house” you think of technology, like there must be buttons everywhere. But this house is more of a thoughtful house, it’s a house that makes living convenient. Like different takes on storage, like the hidden coffee pot, and like adding drawer space to stairs. It’s things like that that make this house an actual smart home. It started with me, the construction manager and one of the executives at HGTV sitting at a meeting, tossing around ideas, daydreaming about what we would all want in our own houses. So we did that one afternoon, and then we all went out and explored each other’s ideas and figured out a way to build them into the house. 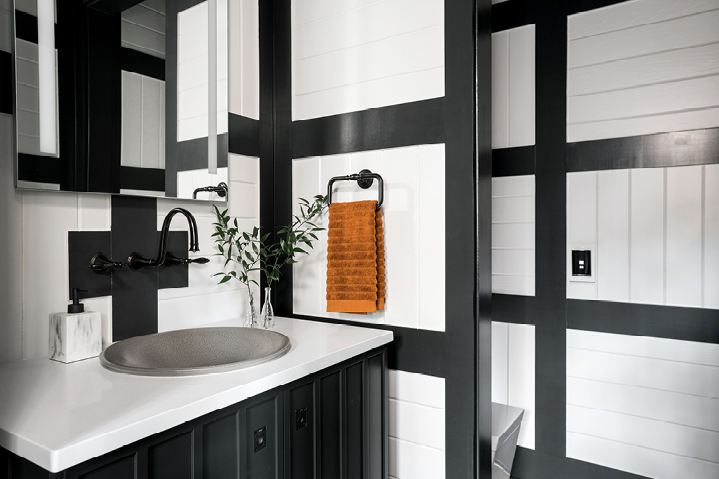 You describe your style as “classic with a twist.” What does that mean? [TB] Whatever style I’m working from, I like to create some sort of a twist. Just like in that smart home, of course, underlying that house is Lowcountry casual, but there are twists – modern, abstract surprises throughout the house.

It was that unique style and your relaxed presence on camera that earned you the Design Star win. Were you stressed out behind the scenes? [TB] You know, I really didn’t take it seriously until it was the final three. We taped that when it was really, really cold in Chicago and we were in West Hollywood. It was 70 degrees, and I had taken time off my job to go design and decorate on somebody else’s budget. I was having the best time of my life when I was there taping. So I didn’t get all wrapped up in the show, I was more interested in the relationships and where I was at the time. And then I looked around and I was part of the final three and thought ‘OK this could be something here.’

What happened after you won? [TB] What you win is a four-episode pilot, and then they decide if they want to keep with the concept or if they move on. So mine was just the pilot for the show “The Most Embarrassing Rooms in America,” it didn’t get past the four episodes. But then they gave me the smart home special immediately after.

Given that you own an interior design firm in Chicago and have a family, is that a better fit than the rigors of a regular series? [TB] Yes, I truly believe that what is for me is truly for me, and that is a great example, things do happen for a reason. Of course, you’re all bummed out when you hear that your show’s not going to happen, but then something else happens even bigger than you thought you wanted. It’s crazy how life seems to work out.

For those who don’t win the smart home, what is the smallest thing design-wise that people can do in their homes to make the biggest difference? [TB] Wallpaper. It’s easier to remove now, so it doesn’t seem like such a commitment. I feel like paint can get a little flat, and people need to realize the benefits and the magic that they can create on their walls with wallpaper. You need less art, because your walls have so much movement when you use wallpaper, it has that layer of style. It just adds so much punctuation and personality. Plus you don’t have to spend hours in a store going back and forth over a shade of gray. 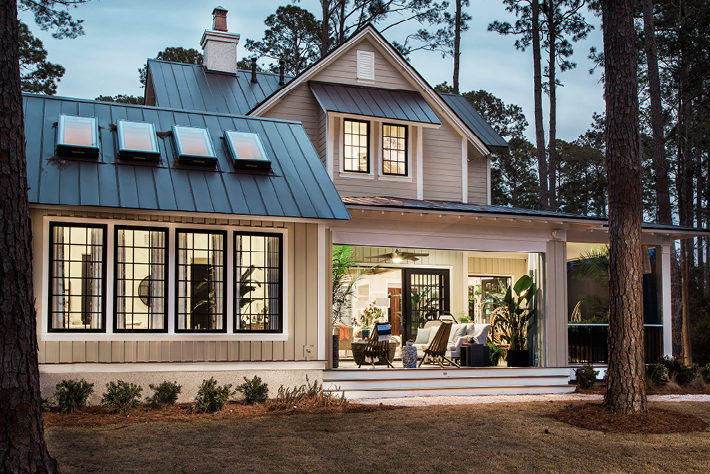 Enter for your chance to win Enter daily, once at HGTV.com and once at DIYNetwork.com, for your chance to win HGTV Smart Home 2018, a gorgeous Lowcountry home in Palmetto Bluff. Sweepstakes ends at 5 p.m. on June 7, 2018. Odds of winning depend on number of entries received. They’re slim, but still better than any state lottery. Good luck!