The country music icon is bringing his band to Savannah to sing his greatest hits and songs off his newest release, ‘Set in Stone.’ 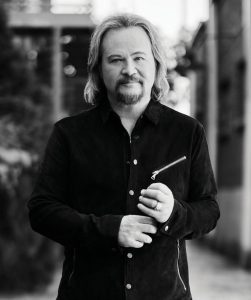 Grammy award-winning singer, songwriter and actor Travis Tritt is on tour for his new album, “Set in Stone,” and will be performing at Savannah’s Johnny Mercer Theatre on October 14. The album is Tritt’s first release in 13 years and adds 11 new songs to his impressive musical catalog, which includes such hits as “T-R-O-U-B-L-E,” “Anymore,” “It’s a Great Day to Be Alive” and “Here’s a Quarter (Call Someone Who Cares).” Tritt and his team took time from his busy touring schedule to answer a few questions for LOCAL Life leading up to his performance in Savannah.

[LOCAL Life] Tell us about your new album and what it was like getting back into the studio to write “Set in Stone.” [Travis Tritt] This new album is the first album that I’ve done in the studio in 13 years. After taking that much time away from the studio, there was a little bit of fear and trepidation of going back in because obviously, things change as far as how people record these days versus how they did 13 or 14 years ago. The one thing that Dave Cobb did for me, even before we actually started recording the album when we were just talking about recording, was telling me his process and how he works. He likes to record live in the studio with the band all at the same time, with very little over-dubbing going on, and he likes to get the vocals as much as possible while the band is tracking. That is exactly the way I’ve always done it for my entire career, and that really made me relax a whole lot more. As soon as we got back in the studio and started laying down the first track, I felt like I had never taken a hiatus at all. It was like learning to ride a bike; and then going away for a while and you never forget, it’s just always there. 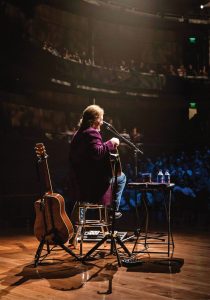 [LL] How do you come up with the concept of an album? [TT] I think with any particular album, if you’re thinking in terms of an album, I think of all the albums I’ve heard that seemed to have a common thread that ran through them. This album is no different than that. I tend to do albums where I write about and sing about things that are in my life, the things that are real in my life. Dan Fogelberg had one of the greatest quotes that I ever heard in my life. Way back when he said, “I write music to try to honestly and objectively move myself because I know that if I can honestly and objectively move myself, I know that I can also move other people.” I thought that was one of the greatest quotes I’ve ever heard. I’ve stolen and borrowed that quote over the years because that’s exactly how I feel. I just want to do a body of work that just talks about all different subject matters that are things that I can relate to. It’s either things that I have experienced on my own or have watched close friends or family members experience, and then we’ll tell their stories and write about things that are real.

[LL] With whom do you spend most of your time? Do they all work in the entertainment industry as well? [TT] I think that there’s probably a misnomer among fans that all people in the music industry do is hang out with other celebrities or other people that are in that same field. I’ve always tried to let people know that that’s not the case for me and never has been, really. I mean outside of an award show occasionally or a specific event, the people that I spend most of my time with are people that I have known for most of my life–friends that I have known for 20 or 30 years or longer and, of course, my family. The people that I interact with on a day-in, day-out basis are those same types of people. They’re not celebrities. They’re not even in the entertainment industry. They’re people, for the most part, who are blue-collar, hard-working people that go out and work a particular job 40, 50, 60 hours a week to provide for their families and put food on the table. Those are the salt of the earth people that I’ve always related to most. That’s who I write my music for, that’s who I perform for, and it’s who I feel the most comfortable hanging out with. Getting a chance to show that side of my everyday life in the video for “Smoke on the Bar” I think was kind of a win-win for me. 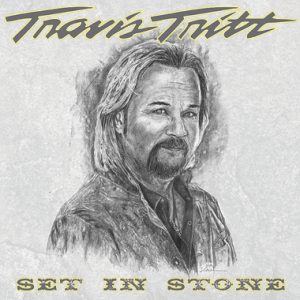 [LL] Why did you decide to take a break from writing new songs and making new albums? [TT] I’ve always been the kind of person that isn’t good at multitasking, and I never have been. Back in the early days when I was first getting started in the business, it was very difficult for me to shift from performing mode, concert mode, to writing mode and then go from that to recording mode. I get blinders on and I focus so hard, laser focus, on whatever it is that I’m doing at the moment. About 13 years ago I just made a conscious decision that, fortunately, I had been blessed with a career that had a ton of hits and had a tremendous catalog, and those were the songs that people were coming to my shows to hear. I’m just going to go out there and give people what I thought they were looking for, which were the hits. Fortunately, I’ve got a live show that is anywhere from 90 minutes to two hours that is packed with nothing but hits. The cool part of that is, without having the distractions about writing new material or recording new material, I think the shows have improved and I think they’ve gotten better and I think the audience has become very aware of that. The focus for me is always going to be live performance. That’s where I have the most fun, that’s where I think my audience connects with me the best, and therefore, that’s always going to be my main focus.

[LL] What is something in your career you still want to do? [TT] I’ve been very lucky in the opportunities that I’ve had to do things that were kind of outside the norm. You know I’ve had a chance to work on albums like the “Common Thread” album that was songs of the Eagles. I was on some of the most successful early tribute albums, including tributes to the Stones, tributes to Lynyrd Skynyrd. If I had an opportunity, I would still love to be able to cut a really, really good bluegrass album. I would love to do an album of some of my favorite songs from some of my favorite artists. I’ve even got a title for that one: “Their Songs My Way,” and just take some of these great songs from people that I admire, like Waylon Jennings, Johnny Cash, Merle Haggard and George Jones. I’d take those and just rework them and do them the way I hear them in my head when I sing them. I’d love to do that. I’d love to have an opportunity at some point to do a gospel album. Since I basically started out as a kid singing in church, that would be something I would love to have the opportunity to do. So, any time any opportunities like that present themselves, I would certainly love to take advantage of them, and hopefully I will.

Details: The opening act will be Texas Hill. Reserved seat tickets range from $39 to $89. Purchase tickets at ticketmaster.com or savannahcivic.com.