Trevor Hall first played a harmonica at age 9 or 10, then strung a guitar as a young teenager and dropped a beat or two on the drums with his drummer/realtor dad, Jeff Hall.

Now, at age 31, the prodigious son is on a 13-city tour to support his latest project, “The Fruitful Darkness.”

The musician/songwriter moved to Sea Pines on Hilton Head Island as a toddler, attended Sea Pines Montessori for a year, then Hilton Head Prep from first grade until he left for California at the age of 16 to study at Idyllwild Arts Academy. He studied classical guitar and was introduced to folk, reggae and a host of other musical genres, releasing his first album as a senior in school. 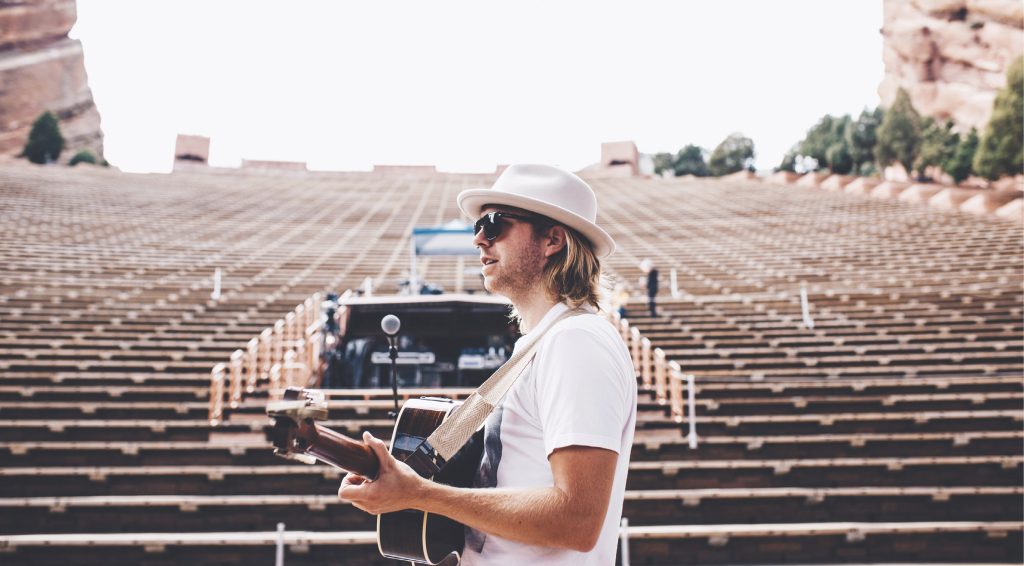 “When he was growing up, he was your typical little boy,” said Jeff Hall, who regularly plays with a jazz trio and in Shannon Tanner’s Oyster Reefers band. “He played soccer, a little golf, tennis with me.” He grew up with his dad, mom, Wendy, and younger sister, Chloe.

He was intrigued by his dad’s massive vinyl collection and would jam with him on harmonica as a kid. For his 13th birthday present, his dad took him to a friend’s recording studio on the island, where he laid down three tracks.

Through the years, Trevor Hall has released eight studio albums, three live albums and two EPs. His previous two albums — “Kayla,” in 2015 and “Chapter of the Forest,” in 2014, debuted at Nos. 2 and 3, respectively, on the iTunes singer/songwriter chart. His latest effort, “The Fruitful Darkness” became the No. 1 Kickstarter music campaign in 2017. It was released in three-song installments on specific lunar dates, culminating in a 14-song deluxe edition that was released in June. The vegetarian practices yoga, meditation, Hinduism, and Eastern mysticism. He met his wife, Emory, a renowned international photographer/writer, in India in 2010.

LOCAL Life caught up with Trevor Hall via phone at home in Boulder, Colo., four days before embarking on his latest tour. Here are excerpts from our conversation.

What was it like growing up on Hilton Head Island? [Trevor Hall] It was beautiful. It’s a small town, knowing everybody and kind of having a sense of community was wonderful. Also, it had amazing wildlife, outdoor life. It really shaped me, it was a very sweet place to grow up as a young kid.

What was that like playing harmonica with your dad and local musical David Wingo at the The Quarterdeck when you were just 9 or 10? How often have you performed locally since then? [TH] My dad was playing with David once a week, twice a week. I forget how it all kind of happened. I had a harmonica with me, which is what I really liked to play at first. I was super young, and it was just a blast. It was the first time I was on stage. (Later in life), I played there a few times, also at a place called Wingo Hall, Monkey Business, and I played at Poseidon a few years ago.

I have a picture of you and your dad on stage at the Red Rocks amphitheater in Golden, Colo. How special was that moment for you two together, 20 or so years later after the Hilton Head gig? [TH] It was amazing. No. 1, to play that venue more than once. It’s been a great blessing and on top of that to have your family there and on top of that to have my dad come up on stage and kind of play with me. It was like full circle. It was really, really special. It’s something you remember for the rest of your life. He’s (dad) a bigger rock star than I am. He’s definitely more into the rock ’n’ roll lifestyle, so I think he probably enjoyed it more than I did.

Describe the experience of leaving Hilton Head for California at age 16. [TH] It was a big move, yeah, but it was kind of where the path was leading. I was sad to leave, obviously, but I also was extremely excited just to broaden my horizons and try something new. I never had a problem traveling, exploring new places. It was just part of my person, always into new things. I was extremely young, but it was an amazing experience. If I hadn’t of done that, my life would have been a lot different, for sure.

When did you start dreaming seriously about being a songwriter/musician professionally? [TH] I was never like, ‘Oh, I want to be a musician.’ Music was part of my life, the day I was born. There are pictures of me playing my dad’s drum set in diapers. It was what it was, inseparable from life. I always knew that was my path. . . . It’s who I am.

Describe the type of music you write and play. Where do your lyrics and melodies take and move the listener? [TH] I just try to write what’s coming through. I’ve had a lot of inspiration from many different genres, from reggae to folk to rock. I never wanted to pigeonhole myself to one genre. It’s whatever is coming through me at the time. When I write, it’s just a process of me getting out of my own way and not try to reason about it, not try to figure it out. It leads me to where it wants to take me.

Do you have a niche in the music world? [TH] Yeah, there’s definitely a sound that’s a niche. I kind of consider myself a conscious musician and feel like there’s a group of us that have kind of formed this little family, a tribe, and it’s becoming its own genre. Even though maybe the musical style may be a little different, the theme and aim is the same. I’m lucky and happy to be a part of it.

Your music, your lyrics, sound like no one else. How is that possible? [TH] Even for me, this album is very different. I wanted to step outside of my comfort zone and how I see myself as a musician. The two albums before this one were very stripped down, very acoustic, very simple folk, reggae, roots, whatever it is. I wanted to push the boundaries, experiment with new sounds, new styles, and that’s what we really did with this album.

Did you ever think your music would gain as much traction as it has on the indie charts, especially most recently? [TH] No. To be honest, not at all. I just kind of go with the flow. I feel extremely blessed that I am where I am today with all the trials and tribulations we’ve gone through. It’s just amazing we’ve made it here. Did we ever think about charting? No way. But it’s not like I don’t believe in myself.

How far ahead do you plan your life? [TH] That’s probably one of the toughest parts of the job, how far away to plan ahead. There’s stuff we’re planning in December, in the fall, Thanksgiving. It’s difficult because you never know how you’re going to feel at that point. As artists, we change so much, we travel so much, our inspirations and our creativity changes. So a month for us is a big deal. If you’re planning a year ahead, sometimes you get there, and I’m like, I’m not feeling that vibe anymore, I’m on to something new.”

Where does your inner self, your motivation come from with your background of meditation, yoga, spirituality? [TH] It just comes from the spirit. I’ve always been a seeker; a seeker of truth, finding myself and finding out who I am. Obviously, it affects my music, which is a tool to explore those sides of me. It’s just part of my nature.”

Was it love at first sight when you met your wife? [TH] I don’t know if you would say love at first sight. India (where they met) is a very intense place with so many emotions happening that you’re kind of navigating all those things. When we first met, I felt it was like a serious, super, super connection with this person I didn’t even know. It was a familiar feeling, like I’ve known her forever. It was more of me trying to understand, “oh what does that mean, does that mean are we like friends?” That was the feeling most when we first met.

Like most Islander ex-patriots, musician Trevor Hall doesn’t get home as much as he would like to see his folks, Jeff and Wendy. It’s usually twice a year.

“I usually hide . .  . from my parents’ friends. No I’m just kidding. I want to see my family, spend time with them and rest. It’s very simple. We just hang out and go on bike rides,” Hall said.

Their favorite jaunt is from his folks’ home on the water in Sea Pines to South Beach, then back along the water and a stop at the Beach Club, where his dad plays. 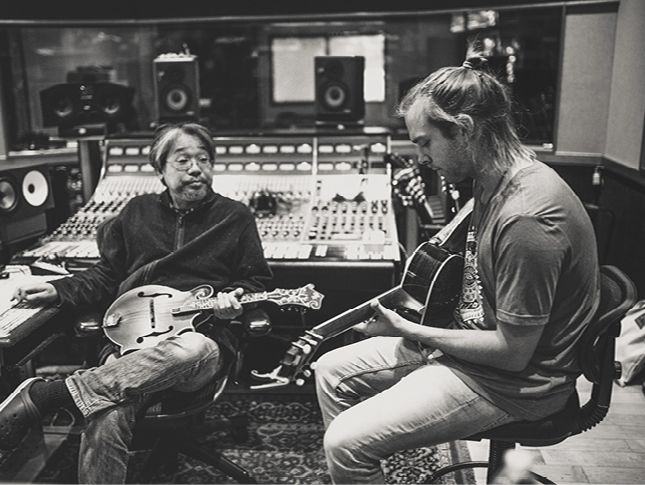 Being vegetarians, Trevor and his wife, Emory, are a bit challenged when it comes to dining options on the island.

“My favorite place to go – I actually go there every day, now that I think about it, is Java Burrito.” The couple also enjoys Ruan Thai.

When asked about his favorite childhood memories on Hilton Head, Hall said playing music with his dad. So does seeing his grandmother.

“There was one concert we did — I forget the name of the place — and I brought her up on stage and serenaded her,” Hall said. “It was pretty cool, very special.”