More than just the face of an iconic restaurant, this celebrity pooch entertains children and keeps the family-friendly vibe strong.

Hilton Head Island has its share of celebrities, but very few homegrown idols. At the top of that very short list, you’ll find Jake the Salty Dog. The iconic mascot for the Salty Dog restaurant, star of T-shirts seen the world over, Jake hasn’t let fame go to his head. We sat down with Hilton Head’s favorite dog to ask the really important questions.

[LOCAL Life] First things first, we have to ask. Who’s a good boy? [Jake the Salty Dog] Ah, the age-old question for dogs everywhere. I think we are all just out here doing our very best to live up to being man’s best friend, one tail wag at a time!

[LL] You famously rescued your owner by swimming for him to shore for three days. What was going through your mind during this heroic trial? [JTSD] Call me crazy, but the smell of hushpuppies! The scent of those golden-brown sweet treats can travel for miles and that honey butter – belly rub kind of delicious. But seriously, what keeps all of us dogs going — day in and day out – our fierce loyalty to our very best friend!

[LL] By now the “Jake” look is the hottest fashion trend, with dogs everywhere sporting your signature bandanna. Do you consider yourself a style icon? [JTSD] Oh gosh no! I just try to keep it classic.

[LL] What are your views on cats? [JTSD] I have to say I admire cats with their independent demeanor. I even met a few who rock a Salty Dog bandanna as well as any pup! 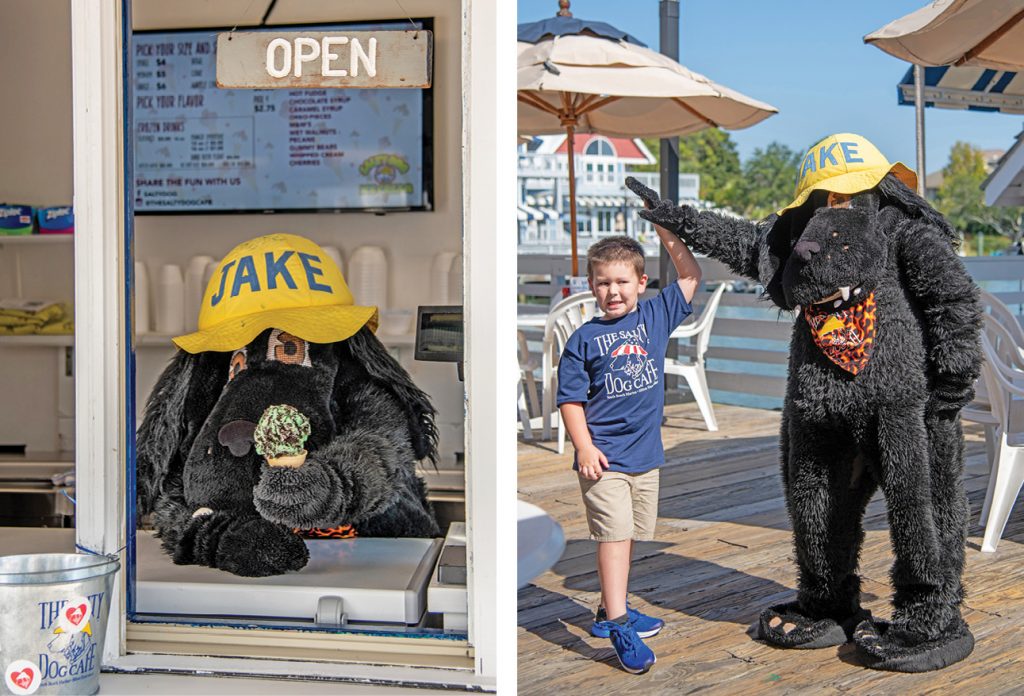 [LL] What is your ideal day on Hilton Head Island? [JTSD] I’m a pretty simple pup. A little morning snuggle session followed up with breakfast – and if I’m lucky, a few Peanut Butter Salty Dog Doggie Bites — then a stroll around the docks of South Beach. I just love getting to see all of the happy, smiling faces of those visiting this beautiful island. It can get a little crazy at times with all the folks wanting a picture, but the head scratches and hugs make it 100 percent worth it. Maybe follow that up with a walk along the beach with my favorite Frisbee or even a trip to the dog park.

[LL] What’s your go-to chew toy? [JTSD] I like to think I’ve matured past the chew toy age, but every now and then a classic Salty Dog squeak toy just makes my day.

[LL] If you could share hushpuppies with any dog, living or dead, who would it be and why? [JTSD] It’s a tossup — a basket of hushpuppies shared with Lassie would be absolutely incredible. Just to be in the presence of such an iconic pup who truly embodied what it means to be a loyal dog ‘til the end would be inspirational. However, can you imagine the stories that the little alien hunter, Frank, the Pug (from Men In Black) has? I bet some hushpuppies with him would provide hours of some pretty crazy entertainment!

[LL] You get photos from all over of pets rocking the Jake look. What are some of your favorites? [JTSD] It never ceases to amaze me the number of photos we received over the years and continue to receive on a daily basis. We’ve had some as far away as the Great Wall in China and the pyramids in Egypt – we’ve even had horses, goats, bunnies and even chickens rocking the gear! No way I could ever pick just one as a favorite – each is sent with love and a story filled with memories. 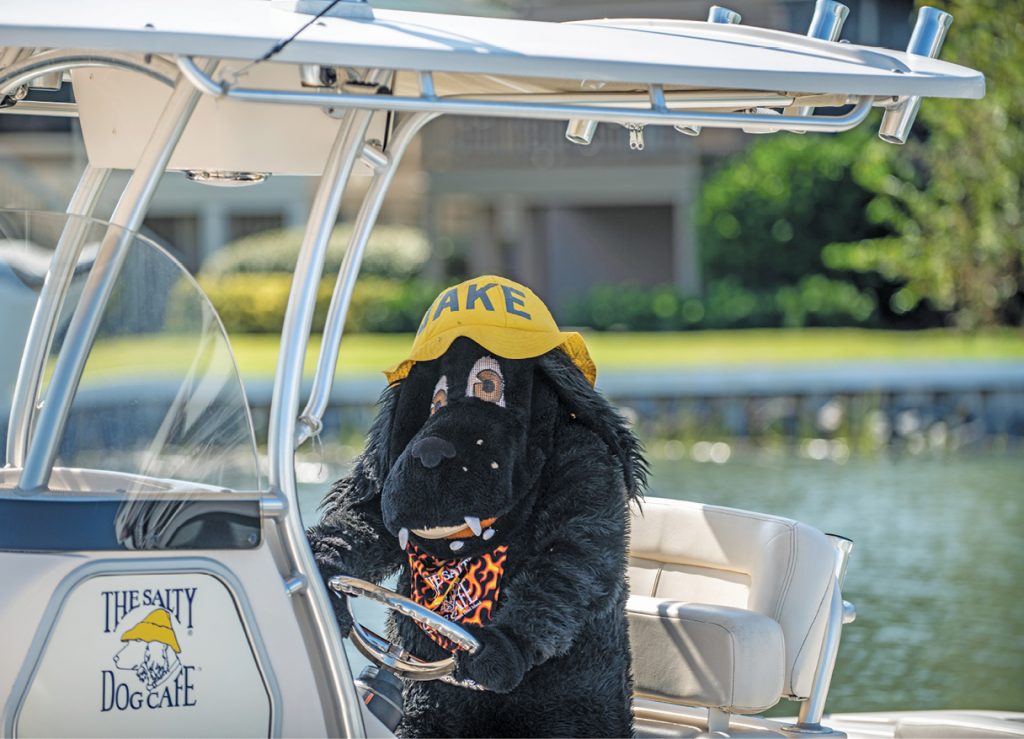 [LL] Any great, memorable encounters with fans over the years? [JTSD] This is a tough one. But I have to say Christmas delivery on the island each year has to be one of the most magical and memorable encounters. I feel like Santa Paws when I get to ring that doorbell and surprise someone with a gift – doesn’t get much better!

[LL] What’s the best part of being a celebrity? [JTSD] Oh, this is an easy one. I love that for over 32 years we’ve been able to give back to all of my furry friends. Thanks to my fame, we’ve been able to donate well over $200,000 to Hilton Head Humane Association, and just this past year we were able to help find homes for nearly 50 shelter pets during Clear the Shelters week.

The Legend of Jake, the Salty Dog

In a fishing village at South Beach lived John Braddocks and his dog, Jake. John earned his living as a fisherman. Jake shared his love of the sea. Early one Friday morning, John powered up his 36-foot fishing vessel and headed for the deep blue sea. 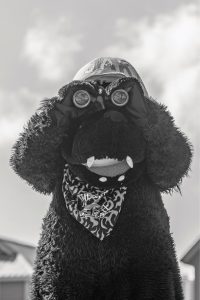 It was a great day for fishing. The fish were practically jumping in the boat. Suddenly, the sky began to darken and the wind whipped to 60 knots. Then, out of nowhere, the Salty Dog was slammed by a 20-foot rogue wave. Jake dug his paws into the deck and tried to fend off the storm with his mightiest growl, but it was too late. The next 20-footer engulfed the small craft. Jake and John were tossed into the raging sea.

The man began to lose hope, but – so the story goes – Jake headed west. Jake swam for three days and three nights with the man holding fast to his collar.

No one knows how Jake could have known the way back to his home port. The townspeople built a gathering place in the village and named it The Salty Dog Cafe – in honor of Jake’s heroic feat. Portraits of Jake wearing his yellow sou’wester hat adorn the walls. His place in nautical history is assured.