Roy Prescott knows Lowcountry food. He’s served it, he’s cooked it, he’s harvested it – but above all, he’s lived it. 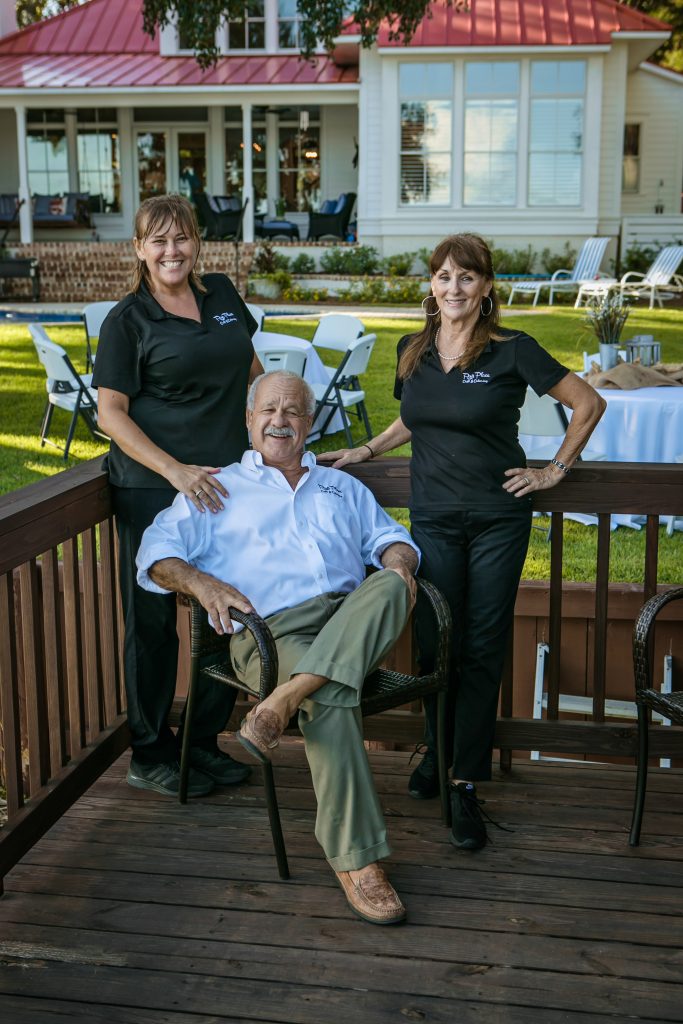 Before Roy’s Place Café & Catering became a go-to caterer and lunch spot on the island, before the original Remy’s Bar and Grill opened in 1984, even before he and a few of his pals were living on Hilton Head as young adults, foraging for most of their meals, Prescott was just a boy from Ridgeland letting the flavors and recipes from Southern kitchens slowly seep into his soul.

“My mother was a good cook, but my grandfather, he had a barbecue restaurant near Hardeeville. In the South, the male in the families did just as much cooking as the women. So it just started from childhood,” Prescott says of his lessons in this region’s fare. “Growing up in the South, fish and grits would be a meal at supper. I started to learn to cook from there. And we always had venison, fish, shrimp, crabs, deer . . .”

Watching the giants in his life create meals for the masses using the ingredients they had on hand gave Prescott first hand knowledge of what Lowcountry cuisine really is.

“Lowcountry cuisine is kinda like livin’ off the land. It’s mostly things that are available in the Lowcountry, things you can’t get upstate,” he says. “It’s based on what we had an abundance of.”

The deceptive thing about Lowcountry fare, though, is that just because many of the recipes are made with few ingredients doesn’t meant they’re easy to make well. Indeed, most Lowcountry dishes have intricacies — questions of cooking time and ingredient order — known best to those who’ve grown up in a Lowcountry kitchen.

We asked Prescott to share some secrets regarding several classic Lowcountry dishes. And like a true Southern gentleman, he was happy to oblige.

To make this one marvelous, Prescott says, don’t be stingy on the meat. “You’ve gotta get just the right blend of panko breadcrumbs and wetness to bond the crab cake together. And you’ve got to have lump crabmeat,” he says. “So many people will try to cut corners, use more breadcrumbs than necessary.” 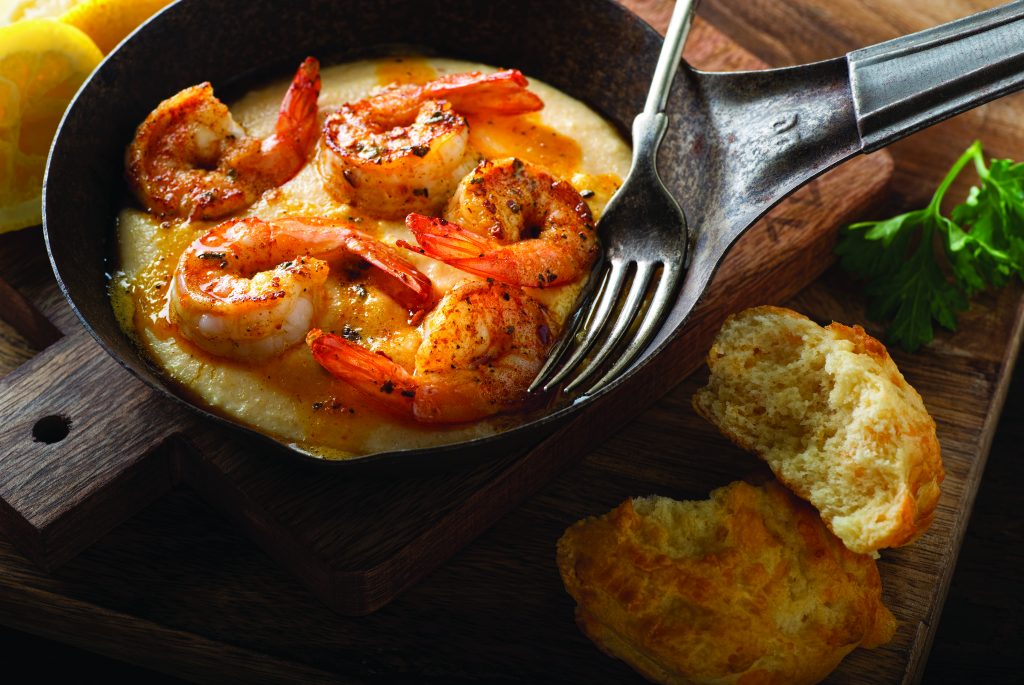 Start with stone-ground grits for an authentic taste and texture. “People so often get instant grits, which are no comparison to slow-cooked grits.” Prescott uses a little bit of water and a little bit of heavy cream to make his grits extra creamy. The gravy he makes is with a shrimp base, which also includes andouille sausage and tasso ham. “No flour, just a heavy cream reduction. And we use shrimp, local shrimp whenever we can get them. You can’t beat our local shrimp.”

The Prescotts use a Winston cooker, a slow cooker with a water tank in the bottom of it. “We cook our Boston butts for 15 hours at 185 degrees,” he says, marinated and basted in vinegar, black pepper and barbecue spices. “The moisture just keeps breaking down the fat, it keeps cooking, cooking, cooking. The basting gives them such a great flavor … We don’t even sauce it.”

Fresh, local collards are the best. When he can, Prescott gets his from a third cousin with a huge garden in Ridgeland. They need to be well washed, cut up and cooked “just the right amount of time, with a little sugar in the water” plus salt, pepper, seasonings — and a smoked ham hock. “Drop that in the water a little before you put the collards in,” Prescott says. Bonus tip: Collards are even better the next day, when all that flavor has thoroughly soaked into the greens.

For a seafood gumbo, Prescott includes scallops, shrimp and fish, but the best flavor doesn’t come from the sea. “The secret to good gumbo is you have to almost burn the roux a little bit. There’s a certain color and smell you’re looking for in order to pull it off and add it to the other ingredients.” What exactly is that color and smell? Only he knows: “It’s just something I’ve always done.” 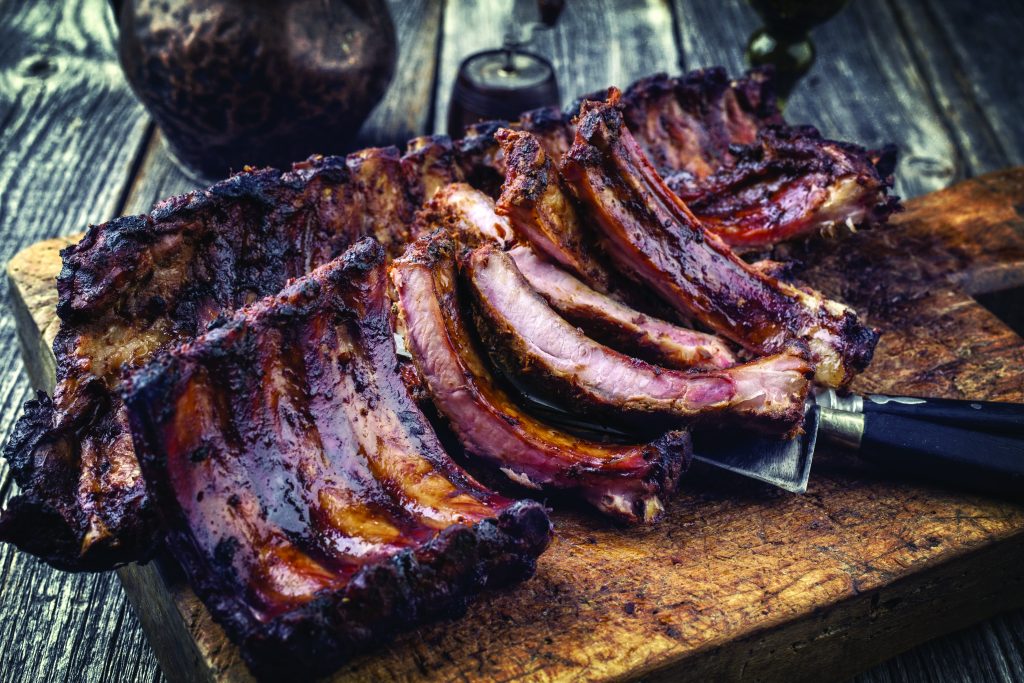 The secret to finger-licking ribs happens well before they’re seasoned and cooked. “If you flip ribs over on the back side, there’s a membrane. If you don’t remove it, it becomes a fine gristle.” Prescott says to use a washcloth or terrycloth towel to grip the membrane and peel it off like a skin while the ribs are still raw. “It makes the meat so much more tender,” he says. “Makes all the difference in the world if you take it off.”