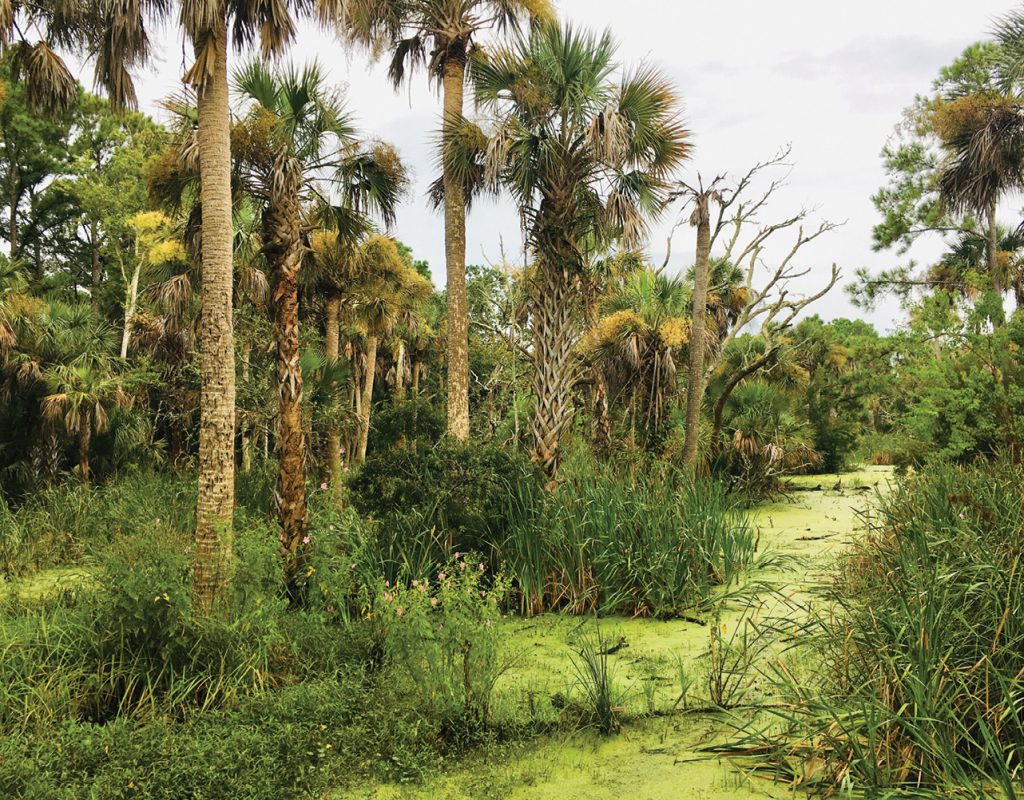 Take me to the wild fringes. Let me spend a day on the edge of solitude and silence. Give me an island of ruggedness, its shores bristling with the whitened bones of trees, where I can hear surf from the forest and cicadas from the beach. Release me to a place that has the highest concentration of American alligators north of the Everglades — about a thousand of them at all times — and I promise I will be happy. Put me on a boat to Bulls Island.

This uninhabited gem about 20 miles north of Charleston forms part of the 66,306-acre Cape Romain National Wildlife Refuge, a string of barrier islands and marshes that has remained a true wilderness. “Most of this refuge is inaccessible,” said Captain Nick on the ferry ride over, explaining that other areas of Cape Romain are closed to everyone except biologists. “Bulls is kind of the sacrificial island that we can bring the public out to enjoy.” 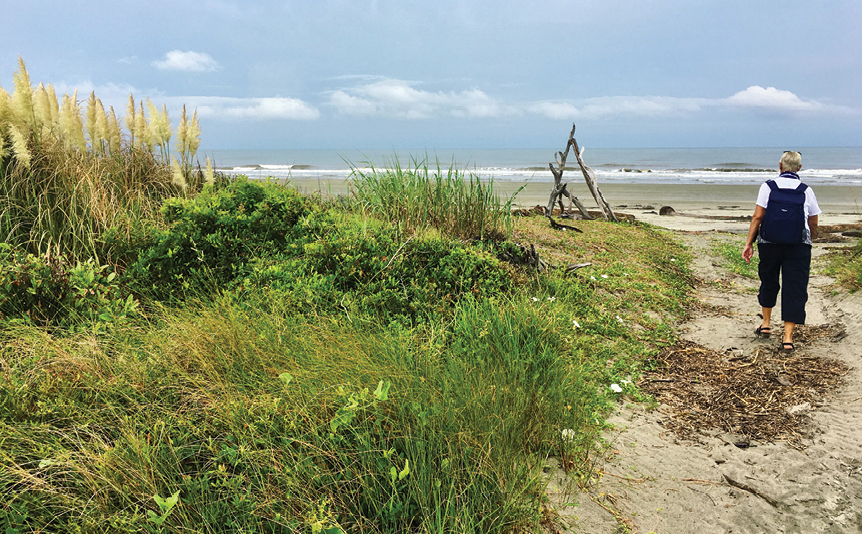 It was a dark, brooding summer morning when a friend and I boarded the pontoon boat with a handful of hardy adventurers who chose to persist despite lightning strikes and a bank of deep purple thunderheads looming over the island. As we wound a sinuous course through tidal creeks, our naturalist guides relayed information. Cape Romain holds the greatest density of sea turtle nests outside Florida — 2,000-3,000 annually — of which more than a hundred are on Bulls Island. Many curiosities can be found on the beach: giant vertebrae, fossilized whelks, horseshoe crabs, pieces of coal, sharks teeth, whip corals and the bleached skulls of various varmints, all of which were displayed in a holding tank on the boat. Bulls is a key spot for migratory shorebirds and waterfowl, and of course, reptiles. Popular memory told of one “Gatorzilla,” an 18-foot monster that from a distance could be mistaken for a downed tree. Of particular interest, I learned that while crocodiles are considered the animal with the strongest bite-force (5,000 psi), the stone crab has a pinch-force of up to four times that much! No wonder those suckers hurt.

The only thing biting on this day, however, were clouds of summer mosquitoes that swarmed out of the woods and forced us into a steady trot all the way to the beach. Once there, a stiff breeze kept us comfortable; despite a blackness of sea and sky, the squall never hit. We strolled and swam, picnicked and cat-napped on the sand. The boneyard was truly monumental, the longest and most cluttered stretch I’ve ever seen. Tree sculptures weathered to bleak perfection marched out of the forest or had blue-black waves swirling around their bases. It was an exquisitely brutal environment.

I felt satiated with the island. It had given us the sort of day that’s like a week’s vacation, and the only thing to do now was get takeout and a good night’s rest. I shall dream of Bulls until I return.

Travel advice: Book a ferry ride with Coastal Expeditions ($40 adults, $20 children). Bring everything you need including food, water, sunscreen, hat and bug spray. There are 16 miles of trails and 7 miles of beach, so you can tailor your adventure to the season (swimming in summer, hiking and birding in cooler weather.) Keep in mind that the beach is a 1.5-mile walk from the dock, and the popular boneyard section is an additional 1.5 miles. FYI: you won’t be allowed to bring any driftwood home on the boat, so don’t bother carrying it all the way back!