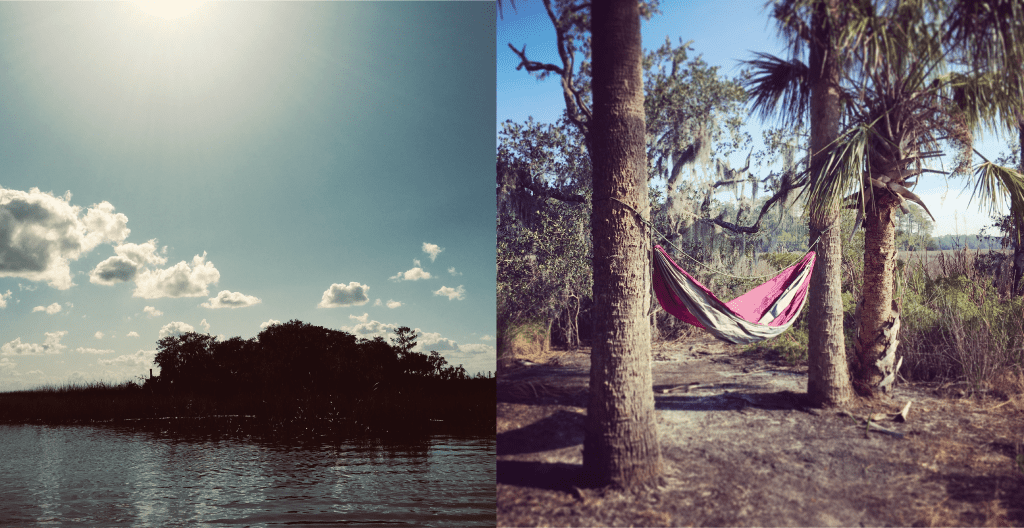 I call it Jake’s Island, but perhaps others have named and claimed it for themselves. This tiny scrap of high ground in the brackish marsh around Wright River — which empties into the Atlantic above Tybee — will never be home to anything except wildlife. Belonging to none, it is open to all.

A visit here is difficult, however, as you must wait for a perigean spring tide (colloquially known as a king tide) when water levels rise flush with the bank. This occurs several times a year, during the new and full moons in spring and fall when the moon is at the point closest to earth in its orbit, bringing a 9-foot-plus tidal change to Wright River.

But I hadn’t thought all that through when I first discovered Jake’s Island. I simply stumbled upon it one pretty day in November and saw a shore to land on. There was nothing and no one around. Marsh hens cackled at me from their grassy bastions. It took a while but I worked up the nerve to jump in the creek, only to panic and tear my legs up scrambling for dear life back over the bank. Later I would see the spot at low tide and realize my bold leap had been over a mass of barnacle-encrusted snags. Plus there were alligators.

Jake’s Island had stolen my heart. A friend begged me to take her camping so we founded our semi-annual Jake’s Island Expedition, strapping gear to our kayaks and towing firewood over on a pool float. The best was a thermos of hot tea in lawn chairs by the water, and a hammock between palmettos. We learned that campfires at Jake’s Island go underground, as the whole island is basically a giant Duraflame log — no dirt, just a mat of compacted vegetable matter. But the biggest surprise came the next morning when we tried to leave and found ourselves stranded atop 8-foot bluffs with a bank of slick pluff mud beneath, and no way to launch our boats. Only then I understood the true remoteness of Jake’s Island: in hollering difference from the mainland, one is truly unreachable here.

Later my friend and I would agree that Jake’s Island is our happy place. When I think about it, hear the marsh birds squawk and the palmetto fronds rattle in my mind, and especially when I recall a certain misty sunrise with momma and baby dolphin feeding in the creek, a sense of peace comes over me. If you ever find Jake’s Island, all I ask is that you cherish it as much as I do. 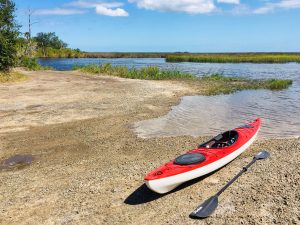 Directions: Put in on the Wright River. Take a left from the landing and keep taking lefts at every major intersection until you come to Jake’s Island, reached only on the astronomical high tide.

Travel tip: If you land, don’t get lost in a reverie and let the tide go out! You will be stranded for the next 10 hours.