I was standing on the south end of Tybee Island, wading in the soft, warm waters of Tybee Creek, when I noticed a group of kayakers landing at a boneyard beach across the channel. A bit of Google Maps reconnaissance showed this to be Little Tybee, an uninhabited island that’s actually much bigger than Tybee but consists primarily of marsh. What intrigued me about the boneyard was its proximity — I had never kayaked in the open ocean before, but this seemed doable.

A few days later I put in at Tybee Creek about an hour before low tide. My thinking was to paddle out with the current, explore the beach for a few hours, then ride back on the incoming. It took less than 30 minutes to cross the creek, but as I rounded the point and paddled alongside a lovely stretch of the boneyard, I didn’t feel like landing for some reason. The morning was so pleasant, the water so glassy and silver-blue, that I figured I’d explore a bit further down the coast. 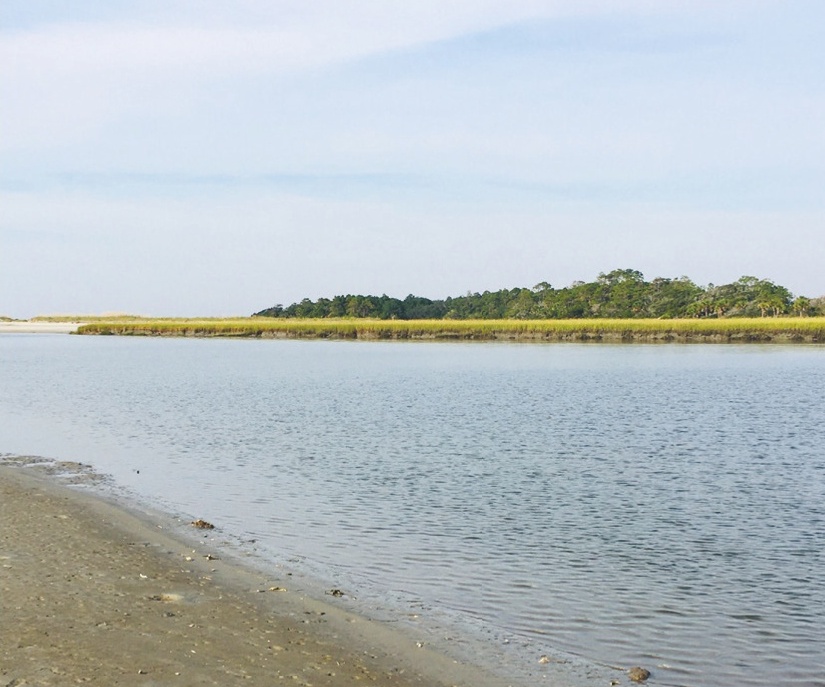 Out toward the open ocean I could see waves breaking against what I assumed to be a sandbar; they looked unnaturally big in the mirage of solar heat and distance. I had passed the entire length of the boneyard when I encountered two men on standup paddleboards returning from their sunrise adventures. If I kept going, they said, I would travel alongside a giant sandbar that I couldn’t see over the top of, but if I got out and walked, I’d reach a beautiful little creek on the backside that they highly recommended. I decided to take their advice.

Soon I’d hauled out and dragged my kayak over a massive hump of dry white sand. I crested it, and sure enough, a charming tidal creek appeared. The morning had warmed up, so I jumped in with all my clothes and shoes on; the water felt like silk against my skin. A tiny head popped up a few yards away from me — it was a small sea turtle swimming out to sea, and he kept bobbing up and down, peering at me with what appeared to be a mixture of curiosity and terror. I was in heaven. 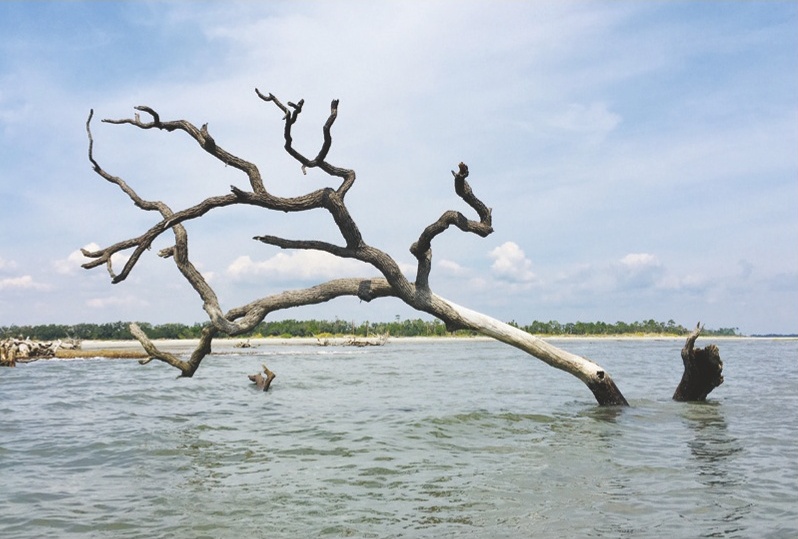 Across the creek, I could see another long stretch of white sand beach — lonely and wild as a dream — so I paddled out the mouth and landed on the other side, dragging my boat above the high-tide mark to go for a walk. I was utterly alone, with miles of untouched shoreline reaching toward the horizon. These barrier islands have such a magical feeling in their remoteness; they are silent, salt-bleached and dazzling in the sun’s glare. They make me feel so free. But this was the only time I’d ever been able to access one under my power, and I couldn’t believe it was that easy. I started making plans in my head to return.

When I felt sure my parking meter on Tybee must be expiring, I took one last swim and started back. But after a long slog dragging my kayak over the burning waste of the sandbar, the ocean came into view, and my stomach dropped — instead of the flat water I’d come out in, now there was a breaking swell! I’d never paddled in the surf before, and I kind of freaked. Tired as I was of dragging the kayak, I continued on foot along the beach with a feeling of dread as I neared the boneyard — I’d either have to launch into the waves or spend grueling hours portaging through a choking mass of tree snags that would be hard going even without 12 feet of kayak in tow. 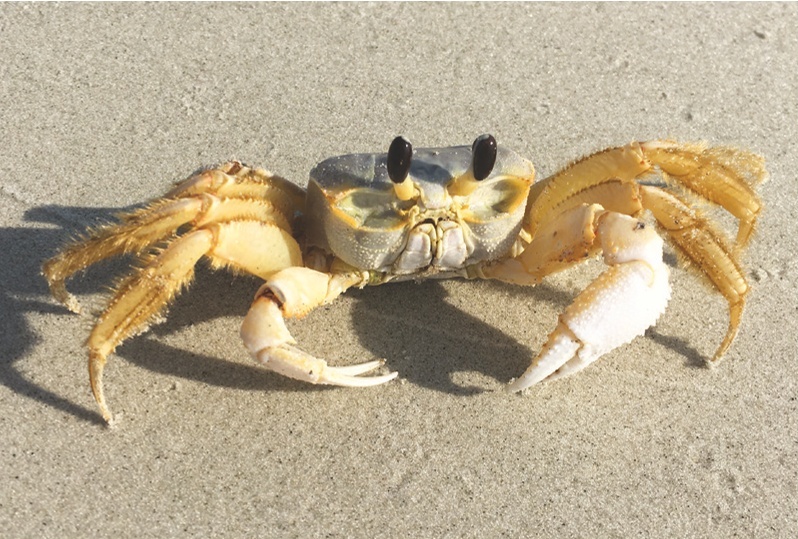 Finally, I mustered the courage to pull my boat into the surf. As I struggled into the cockpit and began stroking for dear life, a wave broke over me, and I shipped a bunch of water, but I made it past the breaker zone. Away toward the opposite end of the boneyard, I could see another kayak in the sheltered waters of the creek, and that became my beacon; if I could just make it around the point to where they were, I would be fine.

When I reached the landing, I felt simultaneously thrilled with my adventure and seriously checked by Mother Nature. Later that day I was pouring over a nautical chart at Savannah Canoe and Kayak, an outfitter near Bonaventure Cemetery, when one of the guides struck up a conversation. I told him about my little misadventure. “Yeah, it’s always really calm and idyllic there at low tide,” he said, “but there can be a six-foot swell at high tide. You learned a lot today, didn’t you?” 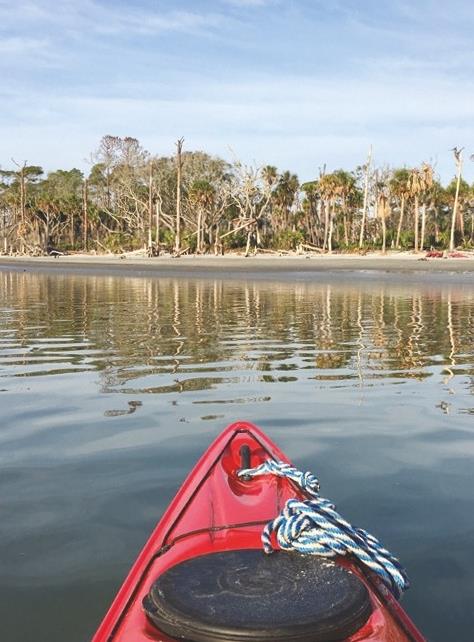 He told me they ran a tour to that spot by going a back way through little creeks, which was much safer than how I’d done it, and many locals came just to learn the route so they could go again on their own. Perhaps I should invest in a few guided trips and paddle classes, I thought, to take my skills to the next level and empower myself to explore without undue risk.

Well, for today, I’d made it out alive, and Little Tybee had claimed its place among my all-time favorite secret spots. LL 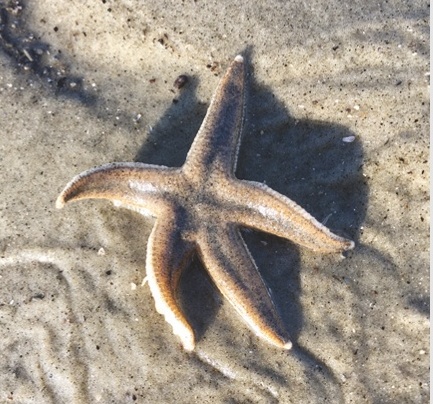 Where: Just south of Tybee Island

How to get there: Put in at the Alley Street launch on Tybee Island and shoot across the creek to the boneyard. If you’re not an experienced paddler with a strong understanding of the tides, consider taking a guided tour.