The South is filled with family and cultural traditions. From what to eat to how to dress, there are expectations to be followed throughout the year. By no surprise, most of these modern-day traditions have deep roots in superstitions. Here is a collection of Southern traditions and their spooky history. 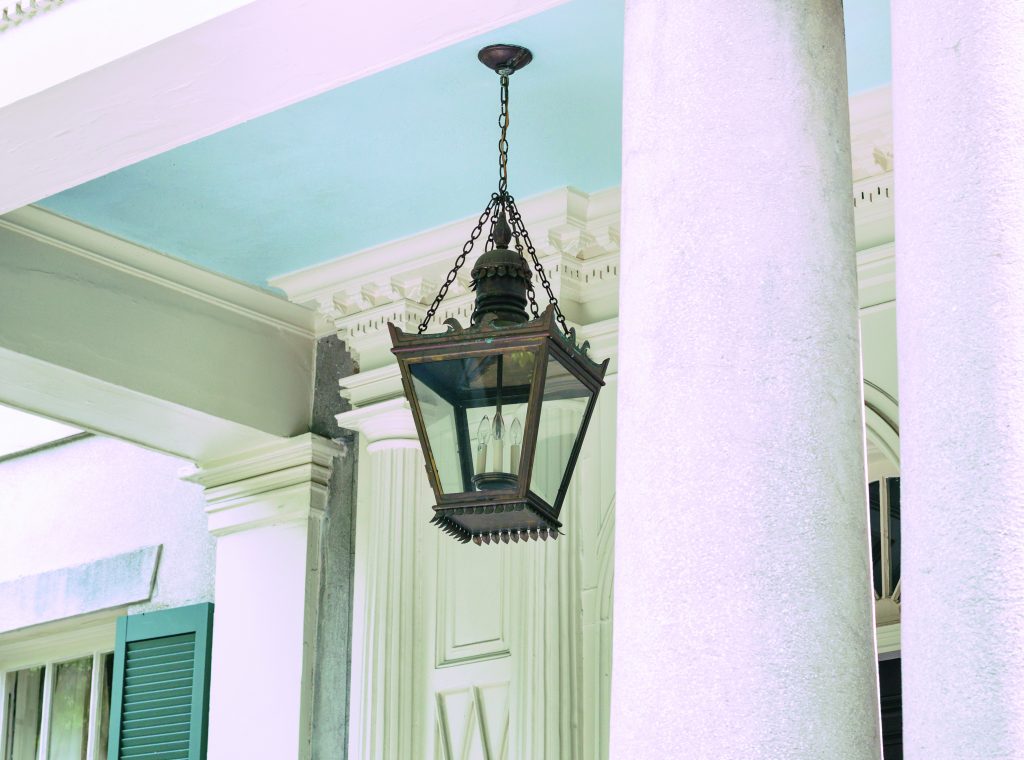 HAINT BLUE This may be the most popular superstition turned tradition. It started within the Gullah community, descendants of former African-American slaves. The people believed that haints – angry spirits trapped between the world of the living and the dead – would try to enter their houses. But spirits can’t cross water. So instead of building a moat around their house, they created watery pigments – the blue-green color we now know as haint blue – to paint the entry ways of their homes to confuse and trick the spirits into thinking they can’t enter. And as we all know, it’s also just a great color for decorating.

Other superstitions about how to keep evil spirits away include:
• Hanging glass bottles in trees to capture the spirits
• If you don’t want to repaint your porch, a child’s dirty handprint will do the same thing
• Never rock an empty rocking chair, it’s an invitation to the spirits (it can also cause you to fall ill)

NEW YEAR’S MEAL If you want to have a good year in the South, you better make sure to eat right on New Year’s day. Your meal should include collard greens (for money), black eyed peas (for luck) and pork (for prosperity). It is believed this tradition started during the Civil War after the Union Army raided Confederate food supplies, leaving only black-eyed peas and salted pork for the animals. The Confederate soldiers found this fortunate since they were still able to eat. While there is no set way to prepare any of the food, some say you have to eat exactly 365 peas if you want the luck to work. However, these days this is followed more out of tradition rather than fear.

Other superstitions about New Year’s day:
• Washing your clothes is equivalent to washing away a loved one
• Cleaning your house will sweep away all your good luck for the year
• The first guest you have will signify the year for your household. For good luck, have your first guest be a tall, dark-haired man 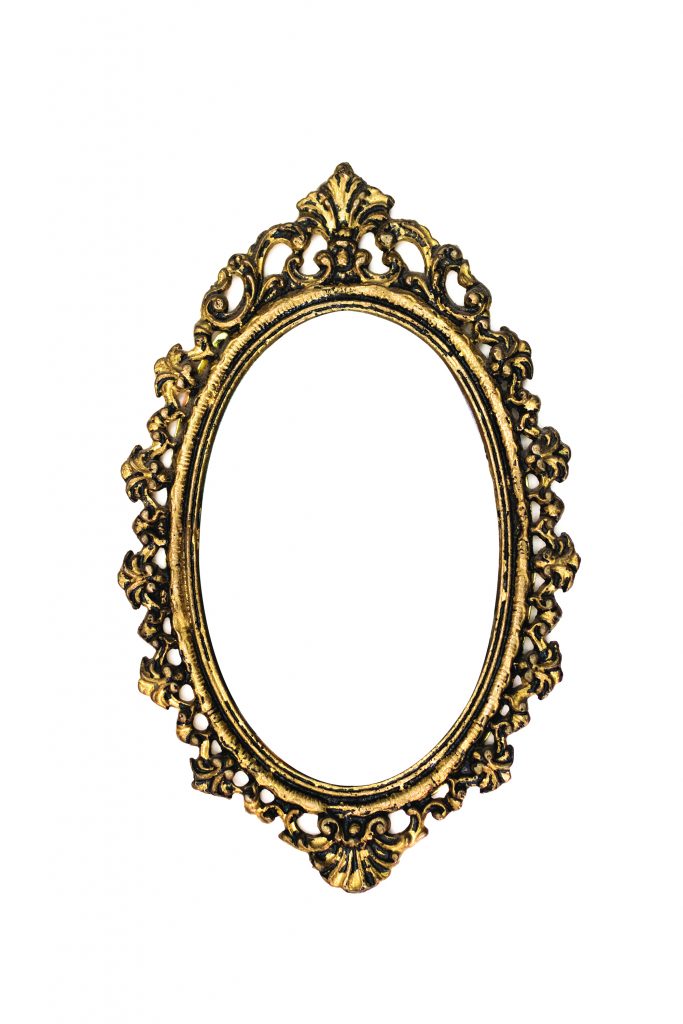 MIRRORS Using a mirror for a porch decoration is something primarily found in the South, and it’s historically connected to our desire to protect ourselves from evil spirits. Similar to protecting your home with haint blue, putting a mirror on your porch can prevent the devil from entering your home. The belief is the devil can only enter at night, and at sunrise, must go back to hell. If he comes across a mirror, he will spend the whole night looking at the mirror, forgetting his original intent until the sun comes up. While the origin of this belief is debated, some say it is because of the devil’s vanity. He enjoys looking at himself. Others believe he invented mirrors and is admiring his work.

Other mirror superstitions:
• When someone passes, all the mirrors in a house must be covered so the spirit doesn’t get trapped in them
• Seeing your reflection in a room where someone has recently died will cause your death to be premature
• The widely popular Bloody Mary

WEDDING ATTIRE As if weddings aren’t stressful enough, there are dozens of unspoken rules for how the bride is to be dressed on her big day. Everyone has heard the saying “something old, something new, something borrowed and something blue,” but Southern brides know they also need pearls to complete the look. It’s said that wearing pearls promises harmony in the marriage and that brides who get married without pearls are doomed to a marriage filled with arguments. 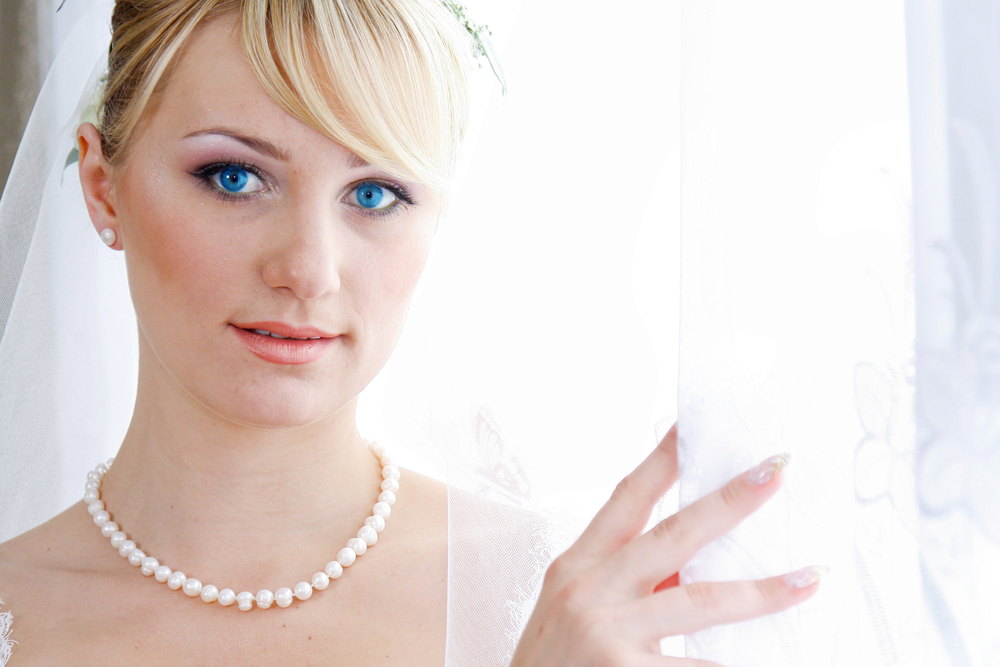 Some other superstitions to promise the best wedding and marriage:
• Bury bourbon one month before your big day to ensure good weather
• Getting a knife as a gift means the relationship will be severed
• Finding a spider on your wedding dress is the best omen a bride can get

While those superstitions are the most Southern in nature and origin, here are some other strange and popular superstitions believed in the South, some which have also become tradition.

• Wash your hair in the first rain of May to make it grow faster
• Never eat both ends of a loaf of bread before finishing the middle, otherwise you won’t be able to make ends meet
• Hold your breath while passing a cemetery, otherwise someone who has recently deceased will try to enter your body
• Wearing new clothes on Easter Sunday will bring good luck
• If you invite 13 people over for dinner, one of them will have bad luck
• When walking with someone else, never allow the plane between you to be broken by a pole or post. It will bring bad luck and potentially sever the relationship