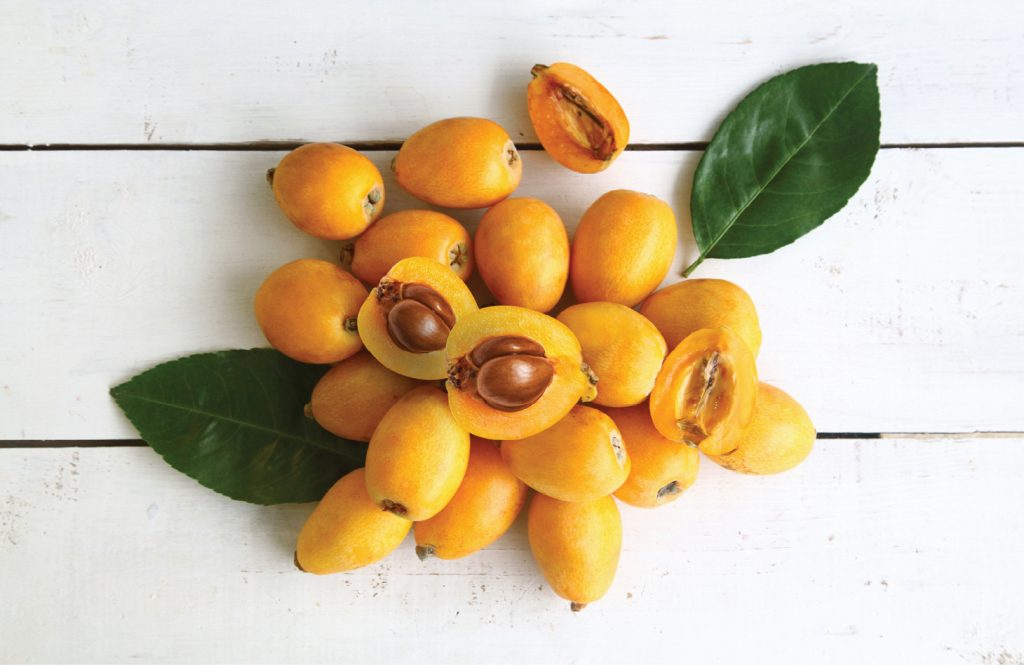 Loquats, also known as a Japanese apricot or plum, are in the Rosaceae family, the same as apples, pears, peaches and nectarines. Kumquats, however, are a citrus fruit — think of them as the smaller, tarter version of an orange. Both Loquat and Kumquat plants bear little orange-colored oval fruits, but their taste could not be more different.

Preferred for their compact size – these evergreens seldom grow taller than 25 feet — loquats are also appreciated for their attractive physique. Local nurseries tend to sell loquat plants in two forms – tall, elegant standards (single trunks) or shorter, bushier versions with several trunks (similar to me after all the holiday bingeing).

A loquat tree adds beauty, shade and edible delights to any garden. It also adds fragrance and color. The large, dark green leathery leaves contrast attractively with the lightly scented white flowers that form into pale orange fruit shortly after February. Slightly smaller than a regular apricot, and containing two to four smooth brown seeds, a loquat’s white to yellow flesh is soft and semi-sweet. The seeds are said to contain cyanide, but fear not; the concentration is so low that along with the bitter taste of the seeds, poisoning is rare or unheard of.

Loquats are best eaten fresh off the tree — the seeds are easily dislodged — much as one would spit out a cherry pit — and just about as much fun to flick away with your fingers or mouth. Once the pips are released, you can enjoy the remaining fruit, skin and all. On more than one occasion, I witnessed folks visiting a local nursery, The Greenery specifically, squeal in delight as they were informed they could sample an exotic fruit from the established loquat tree that grew next to one of their buildings. 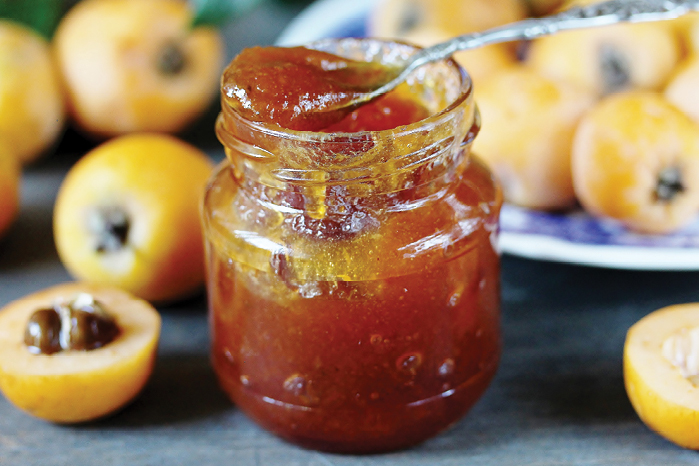 Ingredients
4 cups ripe loquats, washed and seeded (some folks peel them but I prefer to use the skin)
2 cups sugar
1 lemon (you will use both the juice and the zest)
1 teaspoon pure vanilla extract or paste
Directions [1] Pull washed loquats apart and remove seeds. Skin peels off easily if you wish to remove it. It is OK to leave skin on for this recipe – I actually prefer them in the jam. You should have approximately 4 cups after seeding and peeling. If you have less, that is fine. The ratio of loquat to sugar is always the same 2:1
[2] Put seeded loquats in a large saucepan on the stove and add the rest of the ingredients — sugar, lemon zest, lemon juice and vanilla. Simmer for 40 minutes, stirring constantly, until thickened. There is a lot of natural pectin in loquats so you will not need to use any thickener. Keep close to the pot and stir frequently. Sugar burns quickly and the whole mixture will stick to the bottom of your pan if you’re not diligent. (Trust me on this.)
[3] Fill sterilized jars with marmalade. Let completely cool before tightening the lids. Store in refrigerator. 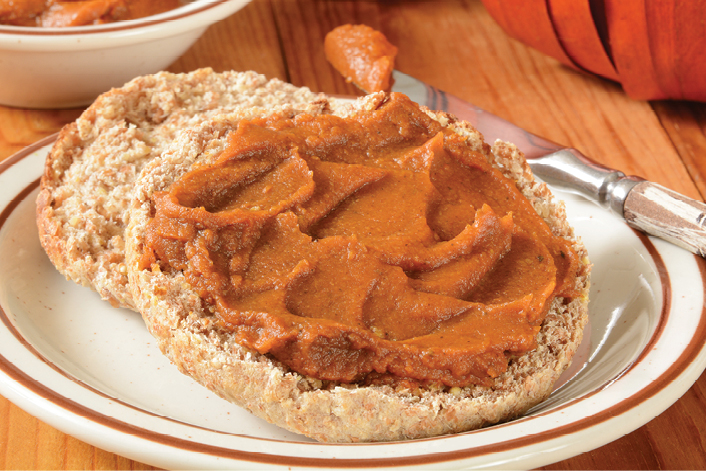 Caring for a loquat tree begins with its proper planting. I have inadvertently killed two of these beauties, so pay attention! Loquats should be planted in a sunny, weed-free, location, ensuring that that the soil line of the tree is even with the level of the surrounding soil. Take care when cultivating around the tree because the roots are shallow. A nice layer of mulch will help keep weeds at bay. Water your new tree twice the first week after planting, and keep the soil lightly moist around the tree until it begins to put on new growth. After the tree is established, keep irrigation water away from the trunk. As the tree matures, do not irrigate closer than half the distance between the trunk and the outer reach of the branches. I found out the hard way that my sprinklers hitting the two loquat trunks were the actual culprits in their demise. I killed them with kindness.

Because loquat flesh discolors shortly after being picked, you won’t find them on most grocery shelves. However, the bounty from just one self-pollinating tree is usually so plentiful, most folks resort to canning, baking or turning the fruit into wine. My personal favorite involves making a loquat marmalade, which I then use some to make a loquat butter – it simply doesn’t get any better. As the weather warms up, step outside and savor the bounty that nature (or your neighbor) has provided for you. You won’t be sorry! Happy gardening!

Dear Accidental Gardener,
I was told that roses should be pruned hard once a year. Is this true, and if it is, is February a good month to prune them?
— Wondering in Windmill Harbor

Dear Wondering,
Yes, indeed February is the perfect month to prune your roses. Be sure to then apply a fertilizer the first of each month, and you should be rewarded with beautiful blooms. Only irrigate in the morning so the sun can dry the water off to prevent mildew on your plant. Rose bushes appreciate a good hair cut once a year, as do your blueberry bushes and oleanders. The best way to do this each year is to perform the pruning on Valentine’s Day – makes it easy to remember to show some love for your sweethearts.