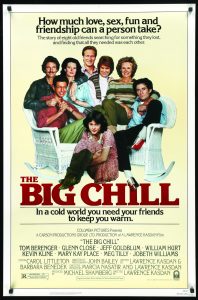 This Oscar-nominated comedy-drama classic follows a group of seven University of Michigan baby-boomer college friends who reunite for a weekend 15 years after graduation to attend the funeral of another college friend. Most of the filming for the movie took place in and around Tidalholm, a 7,400-square-foot waterfront mansion located at One Laurens St. in Beaufort. Some locals refer to it as The Edgar Fripp House or The Big Chill House.

Local residents will notice several other area landmarks in the movie, including Bay Street in Beaufort, where the jogging scene with Nick and Harold was filmed. The opening funeral scenes were shot at Sand Hill Baptist Church near Varnville. Two Beaufort Police Department motorcycles were part of the procession.

Travel notes: Walk back in time by strolling through this historic Beaufort neighborhood on foot. The neighborhood is located between Carteret Street and the Beaufort River near downtown. Many of Beaufort’s largest, most historic and most famous homes are located in the neighborhood.