Many of you may have heard of, if not visited, Pinckney Island, which is a lovely National Wildlife Refuge located between Bluffton and Hilton Head. But did you realize that its namesake, Eliza Lucas Pinckney, a mere girl of 16, was responsible for developing one of the largest cash crops in Colonial times, which in turn helped fan the fire leading to the Revolutionary War? (Contemplate “taxation without representation.”) 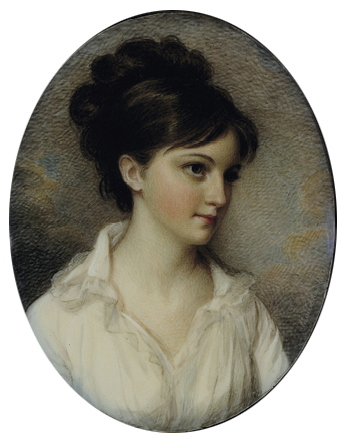 Eliza was born on the Caribbean Island of Antigua in 1722. Her father, George Lucas, was a sugar plantation owner and lieutenant colonel in the British Army. When Eliza was 16 her father purchased three plantations near Charleston and relocated the family to South Carolina. Shortly after arriving, her father was recalled to Antigua, leaving Eliza in charge of the plantations because her mother was in very poor health and her two younger brothers were studying abroad in England.

To make matters worse, George Lucas began mortgaging the plantations to fund his military career, leaving Eliza and the family in financial peril. Eliza corresponded regularly with her father and was determined to find a cash crop to pull the plantations out of debt, pay for their upkeep and support the family. She requested and received from her father several different types of seeds including ginger, alfalfa, cassava, and other crops, with little success. But in 1740 her father sent her some indigo seeds.

Unfortunately, he also sent an expert from the French West Indies by the name of Nicholas Cromwell to show Eliza how to prepare the crop for sale as a dye. Alarmed by the negative impact a successful endeavor would have on the West Indian growers, Cromwell ruined the supply in an attempt to dissuade Eliza.

Eliza shared her seeds among the various other plantation owners and as a result, indigo alone created an export cash crop that before the Revolutionary War accounted for one-third of the new colonies’ total value.

Rather than give up, Eliza retained Cromwell’s brother, Patrick, and bargained with her slaves to show her how to prepare the product for export. In 1744, she successfully cultivated, processed and exported six pounds of “Carolina Indigo,” which caused quite a stir in London because it was declared superior to the French indigo and the British were desperately looking for a way to avoid lining French pockets with English pounds.

To encourage the growth and production of indigo, the British government offered a “bounty” or bonus of six pence per pound on their indigo exports. Eliza shared her seeds among the various other plantation owners and as a result, indigo alone created an export cash crop that before the Revolutionary War accounted for one-third of the new colonies’ total value. In just three short years, indigo went from nonexistent in North America to being South Carolina’s second-largest cash crop after rice.

Eventually, Eliza married Charles Pinckney, a well-known Charleston figure who was the first licensed lawyer born in the Carolinas. They had several children, one of whom signed the U.S. Constitution and the other served as governor of South Carolina. It is said that George Washington chose to employ blue uniforms during the Revolutionary War rather than red as a tribute to the American indigo production. President Washington later served as a pallbearer at Eliza’s funeral in 1793.

Quite a woman, quite an achievement. What’s even more remarkable is how this beautiful plant prolifically blooms from April through November with a pink flower similar in shape to wisteria. It thrives in sandy soil, sun and heat. It was a perfect addition to the Lowcountry. But if truth be told, it still boggles my mind…who originally looked at this beautiful plant and thought – “Yeah, it’s pretty but let’s pick the leaves, soak them in urine for a few days and then beat them with lye until we have blue dye?” Clearly beyond my scope of imagination.

DEAR GENTLE GARDENER
I’m looking for a maintenance-free plant for a pot on my deck. What do you suggest?
— Lazy in Long Cove

DEAR LAZY
If you’re dead set against plastic flowers, I’d suggest an asparagus fern if your pot is in a sunny location. But beware, it does not play well with other plants and will quickly crowd out any competition. If your pot is in the shade, ivy, which prefers dry feet, is a nice alternative and won’t require much attention.

Got a question for the Gentle Gardener?
Email [email protected].