Twickenham Plantation, tucked away among the maritime forests of the ACE Basin, goes on the market.

A longtime broker of exquisite estates with Jon Kohler and Associates, CJ Brown is a difficult man to impress. He’s made the lush and extravagant his bread and butter, selling everything form vast hunting grounds to palatial manors. But there was one property that had fascinated him since he was a kid growing up in the Lowcountry.

“I had heard about Twickenham most of my life, and had been by the front entrance, but never had any idea how fantastic it was beyond that gate,” he said. “It’s really above and beyond what you can imagine.” 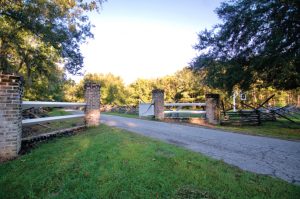 So what does it take to impress someone like Brown? It takes a property drenched in history, surrounded by some of the most majestic untouched Lowcountry landscape you’ll find and dotted with amenities that set it above and beyond anything you’ve ever seen before… And for $17.5 million, it could be yours.

The history of Twickenham stretches back to Colonial South Carolina, when the land upon it sits was granted by King George II in 1732, part of the 48,000-acre Tomotley Barony. The original farmhouse was built in 1878 by Major John Screven of the famed Savannah family, and in fact was the third on that site.

“The main house was burned down in the Revolutionary War and then again during the Civil War,” said Brown. The main house as it exists today was the one built by Major Screven, constructed to be as close a replica as possible to its antebellum predecessor.

The deep-water access gives way to plantation grounds where rice grew for generations among winding tidal creeks and vast forests.”

That same dedication to authenticity can be found throughout the grounds, where you’ll find guest houses and irrigation management structures that stand just as they did when Twickenham was first raised from more than 2,500 acres of pristine Lowcountry.

“That’s certainly a part of it that I really enjoy, just walking around imagining what it was like to live in Twickenham in the 1700s,” said Brown. “It’s a cliché, but it really is a step back in time. It’s a snapshopt of life before the Revolutionary War.”

Even without the history behind it, the grounds themselves would make Twickenham the envy of the South. Set along a full mile of Combahee River frontage, the deep-water access gives way to plantation grounds where rice grew for generations among winding tidal creeks and vast forests. Over time, the grounds were landscaped to reveal their full beauty, with lush gardens and hunting grounds.

It truly is the outdoorsman’s dream, with established quail courses cultivated through decades of careful stewardship, a fish pond totaling an acre and woods teeming with whitetail deer and turkey. That’s not even mentioning the game that flock to the flooded rice paddies year in and year out.

“From a hunting perspective, it’s probably one of the top five duck hunting spots in the entire state,” said Brown. “Between the rice fields from the 1700s and the hundreds of acres in the interior where they like to congregate, they’ve been coming here for hundreds of years.”

That’s to say nothing of one of the most stunning outdoor amenities: the 3,300-foot private landing strip. “The current owner has a plane called a Kodiak. I don’t know how many of those you’ll find in the lower 48,” said Brown. “Seeing that take off and land on a grass airstrip was amazing.”

Naturally, if you’re the kind of person who can afford a property like Twickenham and you have a need for things such as a private airstrip, you’re going to be acclimated to a certain level of luxury. And naturally, you’ll find it here. 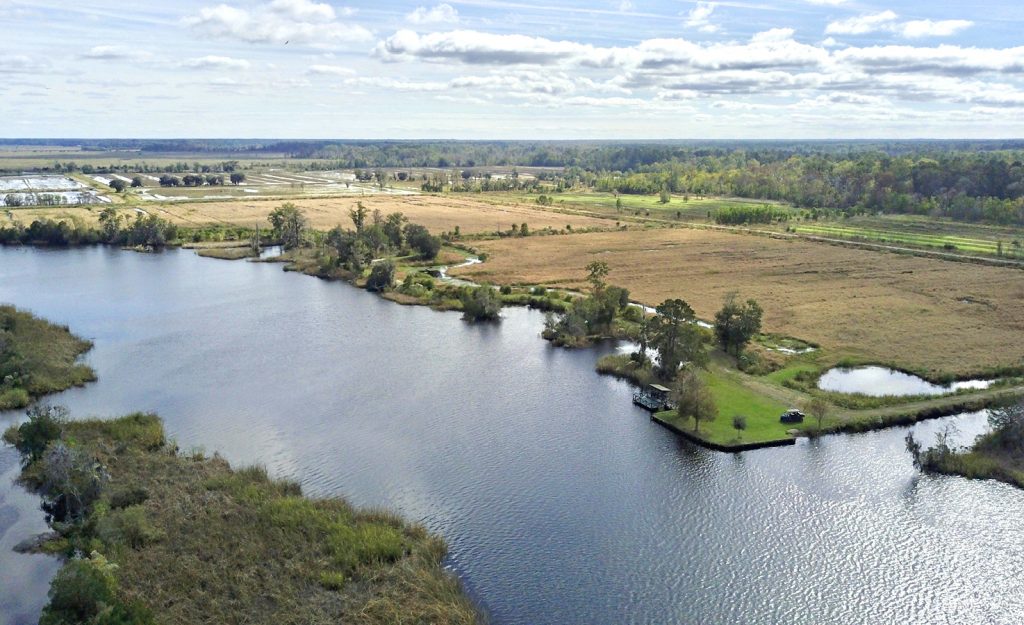 The entirety of the main house as well as both guest houses were lavishly restored and updated by the previous owner, maintaining the timeless Southern charm of each while introducing amenities from a full chef’s kitchen to fully updated baths.

“In addition to structural updating and re-wiring, they redid all of the old floors and things like that. When you walk into any of the structures at Twickenham, they feel fresh and new,” said Brown. “But they also feel very livable. As luxurious as it is, it still feels like a place where you can see kids and grandkids playing in the yard.”

The sum total of all these elements is a property that represents the last of the great Southern manors. It’s a jewel of history, encircled by pristine Lowcountry scenery and polished to a luxurious shine. For those who can afford it, Twickenham represents the pinnacle of Lowcountry living and a chance to make yourself a part of the Lowcountry’s story.

5 things you didn’t know about Twickenham

1. It has its own camellia The previous owner had a deep love of camellias, creating her own hybrids and cross-breeding strains. As such, there’s a particular type of light pink camellia that can only be found here. “I’ve been contacted by Magnolia Plantation to explore one that’s only found on Twickenham and to take some clippings to propagate it,” said Brown.

2. It shares a piece of golf history The immaculate gardens at Twickenham share a pedigree with a few places you may have heard of. Designing the gardens fell to Robert Marvin and Douglas Duany, who also helped design Augusta National, The Sea Pines Resort and the South Carolina Governor’s Mansion.

3. It could still be a working plantation The cash crop in 18th-century Twickenham was rice, and thanks to some improvements to the rice field by the previous owners it could still be. “The owner re-engineered all of the hydraulics so they work exactly as they did in the 1700s,” said Brown. “He didn’t just rebuild, he improved what was there and re-engineered in some places.”

4. It’s a piece of American history Harriet Tubman’s famous Combahee River Raid saw the American icon of freedom leading a charge up the river just past Twickenham, freeing some 750 enslaved people along the way. Some of those freed during the raid came from the plantation at Twickenham.

5. Some of that history remains When boats would arrive at Twickenham to load up rice to take to Charleston, they would offload ballast stones to maintain their draft on the river. At low tide, some of those ballast stones can still be seen today where the plantation’s rice loading canal enters the Combahee River.