Toronto is a fabulous city located on the shores of Lake Ontario. There is a lot to see and do and a limitless selection of places to stay.

Toronto is a fabulous city located on the shores of Lake Ontario. There is a lot to see and do and a limitless selection of places to stay. A tourist can find unique bed and breakfast establishments scattered throughout the city, as well as hostels, motels and the usual hotel chains. In the summertime, the University of Toronto, Ryerson University and York University offer beds to travelers in the residences at deep discounts.

The climate is very similar to New York City, although it stays cooler longer into the spring.

The subway is efficient, although it doesn’t run 24 hours a day like in New York. However, there are a few all-night street cars and buses for night owls.

Touring Front Street is a good place to start. There’s the CN Tower, which is one of the tallest free-standing structures in the world. At 147 stories, it is the ninth tallest building in the world.

At the top of the tower, you can see as far as Niagara Falls in one direction and beyond the Toronto Pearson International Airport in another. The rotating restaurant at the CN Tower is a special place to eat and the tower’s glass floor is a must-see attraction.

If you’re feeling daring, test your nerves outside on the Edgewalk, where you’re strapped into a harness that is hooked to a rail and you can walk around the top of the CN Tower. To relive the thrilling experience, buy the commemorative video that is offered.

Rogers Center, formerly known as Skydome, is next to the CN Tower and home of the Toronto Blue Jays. If sports isn’t your thing, the Toronto Convention hosts conventions such as Fan Expo, Comicon, Festival of Fear, as well as an assortment of home shows and conferences.

Union Station is also on Front Street, as is the Hummingbird Center and several theaters that serve as the venues for musicals, plays, opera and dance. The railroad station and transportation hub provides the start of a labyrinth of underground tunnels that extends for blocks. The world-famous Fairmont Royal York hotel is across the street from Union Station and has been featured in several movies and is rumored to be haunted.

The Ontario Science Centre, about 7 miles north of downtown, is a great place to experience interactive exhibits. When you’re done exploring the activities (there are 600, so you could be there a while), check out the Royal Ontario Museum and its impressive dinosaur exhibit. For those who prefer live animals, head over to the Toronto Zoo.

Culture lovers can enjoy the Art Gallery of Ontario and the international renown artists’ exhibitions and Canadian greats. Tiff Bell Lightbox has traveling exhibits that include props from famous films. The National Film Board is another place you can tour and watch movies.

You can also take in an award-winning musical or play at one of theaters. Many shows are first previewed in Toronto before making it to Broadway. History buffs can explore Fort York, Casa Loma (the castle in the city), Mackenzie House, Spadina House, Black Creek Pioneer Village and more.

Toronto has no shortages of award-winning restaurants and nightclubs, from brew pubs, vodka bars, Goth clubs and billiard halls. See a band or go dancing in a nightclub. Visit a trendy pub or enjoy all-you-can-eat sushi.

Canada’s Wonderland is a popular attraction in the summer. Get your thrills on the Canada’s highest roller coaster called Leviathan. Jump around in the wave pool or fly down the waterslides at Splashworks.

Late summer marks the return of the Canadian National Exhibition (CNE), also known as The Ex. The 18-day event – complete with farm shows, an amusement park and much more – takes place at Exhibition Place and is visited by about 1.5 million people each year. This year’s festivities will be Aug. 17 to Sept. 3.

When the CNE isn’t on, the buildings are used for conventions and exhibitions from the Old Clothing Show to the Home Show. Medieval Times also is on the CNE grounds. Watch knights joust for fair maidens while you chow down on an old-time feast served by costumed servers.

LOCAL Life asked Hilton Head Island resident and the “mother” of Dolly to share new and surprising places “back home” in Toronto. Dolly, a Bernese mountain dog, prefers the weather in Hilton Head over Toronto most of the year but does miss springtime in Toronto. Thanks to the direct flights with Air Canada from Savannah to Toronto, you can be in Canada’s largest city faster than the mountains in North Carolina. 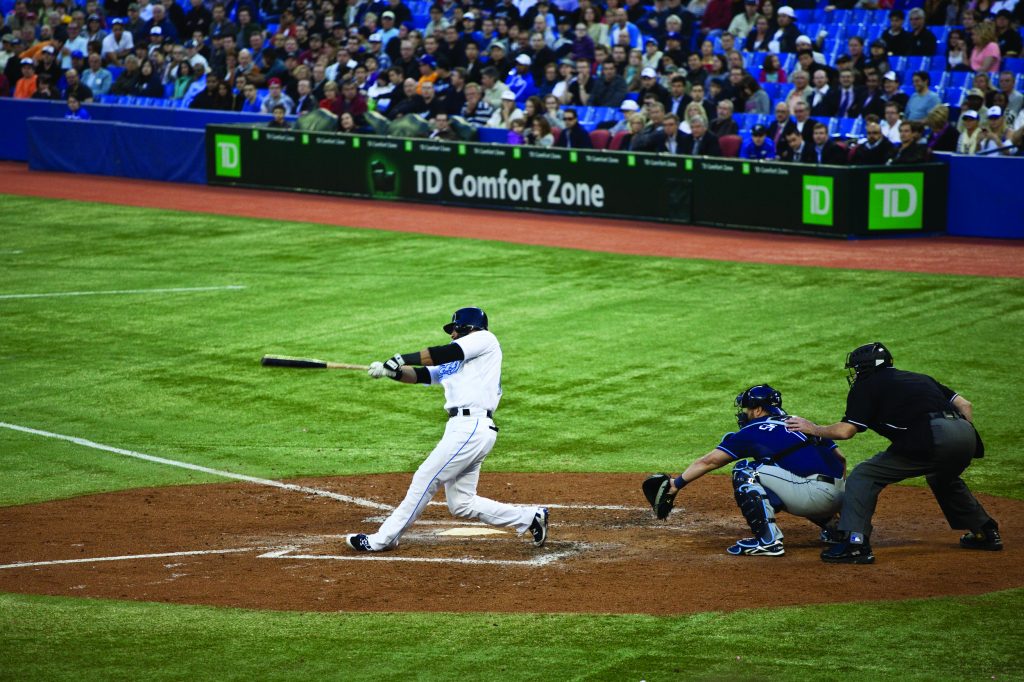 Distillery District This historic district is easy to get to by car, Uber or public transportation and is a great place to spend an afternoon. The art galleries, patios and shops are spread throughout a restored industrial area that is a throwback to the 19th century. Walk the cobblestone streets, take a camera to capture the historic architecture and have an empty belly. The cafes, restaurants and brewpub will please every palate.

Ripley’s Aquarium Located at the base of the CN Tower next to the Rogers Center (where the Blue Jays play), this is a world class aquarium and education center. Kids and kids at heart will love the various galleries including Planet Jellies, Ray Ban and Canadian Waters. The exhibits are interactive and educational but crowds can be huge so buy tickets in advance online. 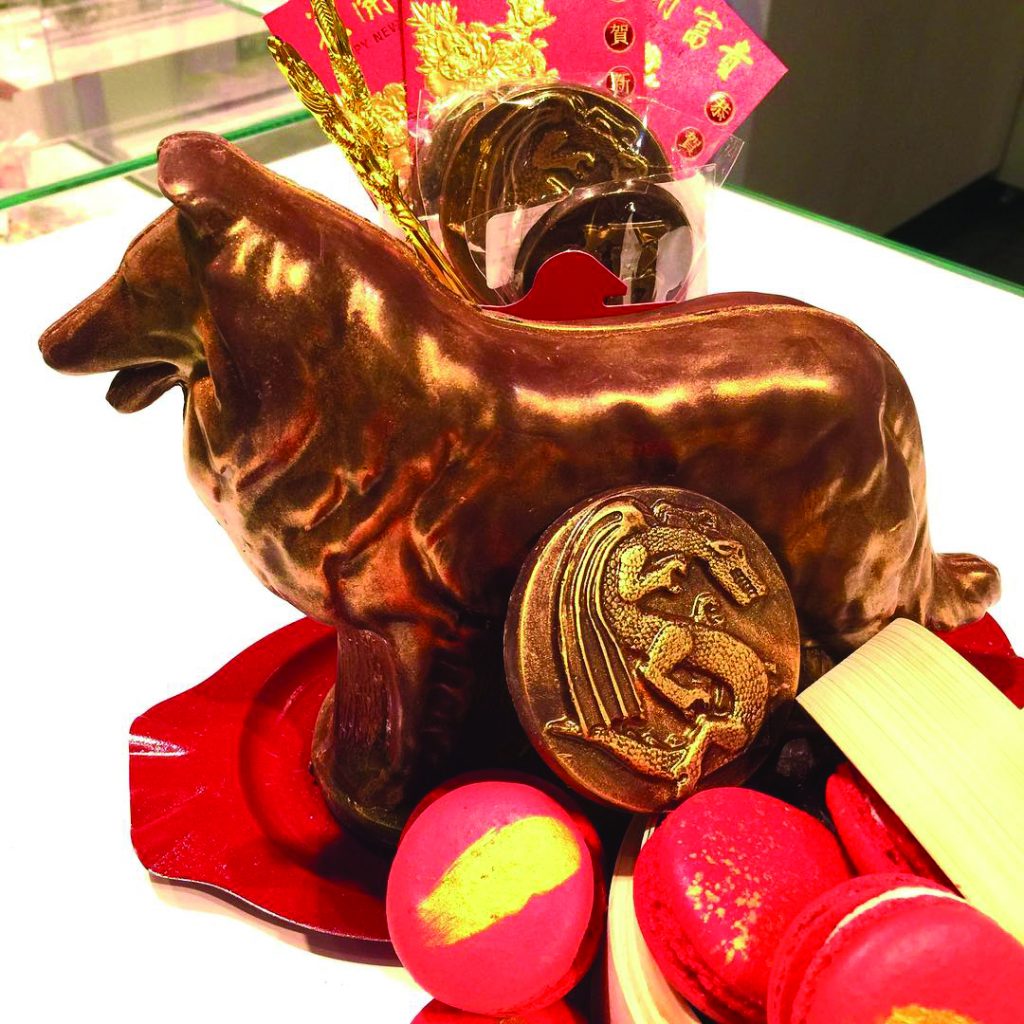 BlueBlood Steakhouse at 1 Austin Terrace is inside Casa Loma. It’s a newer addition to the Toronto fine-dining scene and may be misnamed as a steakhouse. While the setting is spectacular, the food and service are even better. One might say, fit for a king. The ribs and table side Caesar salad are an outstanding choice for a main course and the baked Alaska will set your Instagram post on fire. Make reservations well in advance.

MoRoCo Chocolat at 215 Madison Ave. serves hot chocolate that has been described as “epic.” The handmade truffles and macaroons are award-winning (as in the International Chocolate Award), but the hot chocolate is over the top with flavors like macaron madness, s’more love and McQueen dream. Its Facebook page is worth following to work up your pre-trip sweet tooth.

Pi Co. has two and soon to be five locations. Pi Co. is a new take on pizza in a fast, casual setting. When they say “you can customize your ‘za,” they mean it, right down to the dough and sauce. Once adorned, they bake your personal Pi in a 1,000-degree oven. With a gluten-free crust, pesto sauce and toppings like shaved asparagus and truffle oil, you can convince yourself it was healthy enough to leave room for dessert, like the Nutella marshmallow graham crumb pi.

Drake Devonshire Inn Located at 24 Wharf Street in Wellington Ontario, this hip inn is about an hour drive from the city in Prince Edward County, and is worth the drive. Each room is unique in decor and layout, from the micro crash pad with only a bed and skylight, to the owner’s suite with endless views of Lake Ontario. It’s a country inn with big city-style amenities and entertainment. 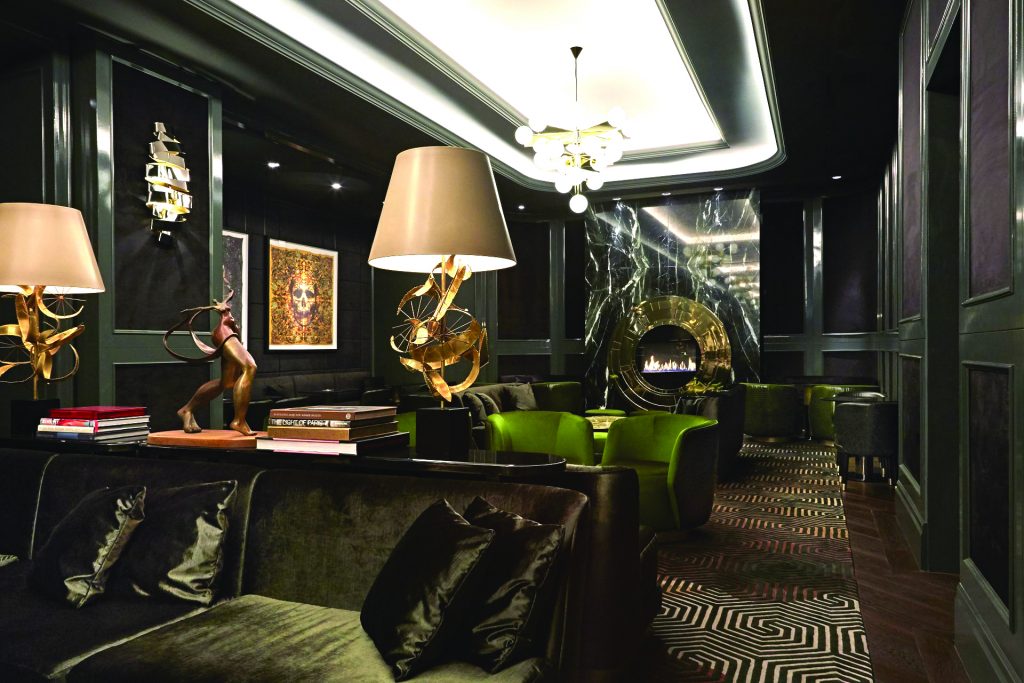 The Hazelton Hotel Located in tony Yorkville at 118 Yorkville Ave., the Hazelton is the place to see and be seen. It’s a boutique hotel but is big on class and style, including the restaurant ONE where local celebrity chef Mark McEwan creates a menu fit for the stars. The spa is expensive but worth the treat (especially with the exchange on the dollar). Don’t be surprised to see movie directors, A-listers and rock stars in the dining room or on the patio.

Bisha Hotel Toronto Bisha is a new uber-hip hotel located in the heart of the Entertainment District at 80 Blue Jays Way. Locals and tourists’ jaws drop when they step on to the rooftop bar that overlooks the spectacular skyline, across an infinity edge pool with a glass wall. No attention to detail is spared, including an entire floor that includes interiors and products by Kravitz Design, as in Lenny Kravitz. A perfect evening would be to have a drink after a Jays game and enjoy more people watching.