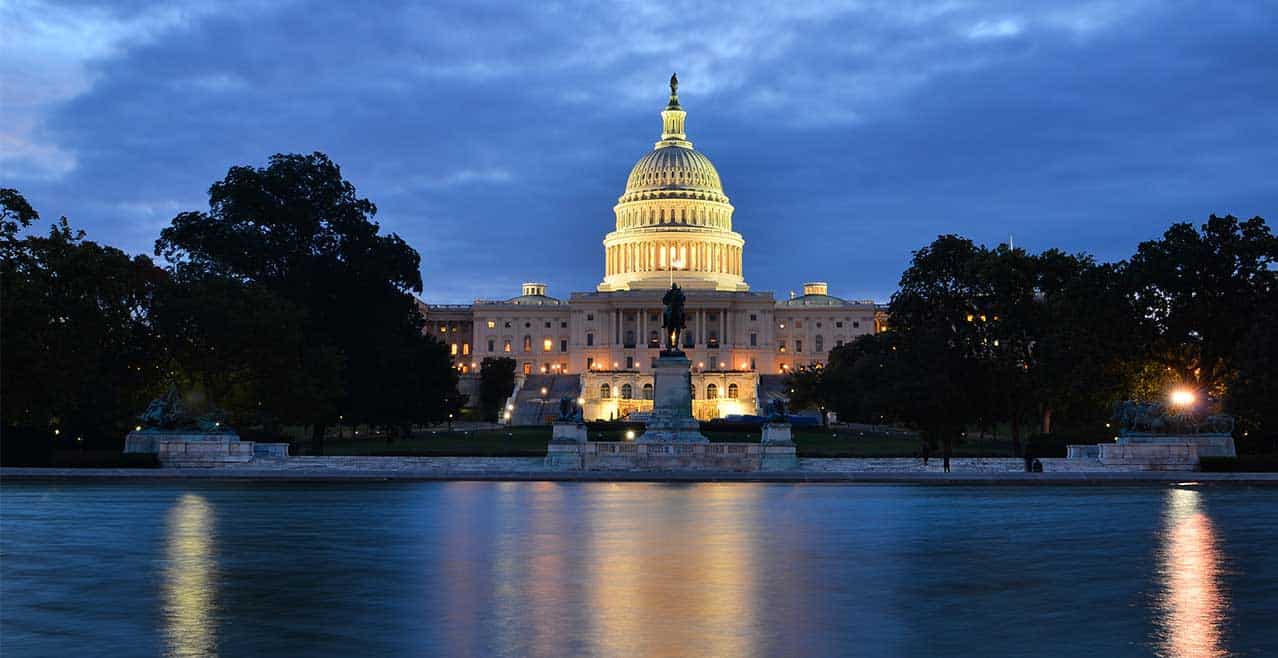 Washington D.C. is no longer the sleepy one-industry town. While the monuments remain unchanged, there’s been a building boom and the city is alive with new, chic hotels, award-winning restaurants and mural-covered neighborhoods.

Washington D.C. is no longer the sleepy one-industry town. While the monuments remain unchanged, there’s been a building boom and the city is alive with new, chic hotels, award-winning restaurants and mural-covered neighborhoods. Visitors can take advantage of the sightseeing buses like Big Bus Tours or Old Town Trolley, both excellent ways to re-familiarize yourself with the nation’s capital. Before going on your trip, visit washington.org.

The nation’s capital is a place where history happened and where history continues to happen. Nowhere is that more palpable than on the National Mall. No matter how many times you may have visited, taking time to reflect at the Vietnam Veterans Memorial, standing at the Wall is a powerful experience.

Fifty years later, the Vietnam War informs us how Americans view their government. Through Jan. 6, 2019, the National Archives hosts an exhibition called “Remembering Vietnam,” that frames 12 important chapters of the war and defines generational lines with archival maps, photographs, Congressional records, personal diaries and letters, as well as recently discovered documents that shed light on essential details of the war.

A time capsule of a different stripe is across Constitution Avenue at the National Gallery of Art. In addition to holding an exceptional catalogue of Western art dating back to the Middle Ages, including the only painting by Leonardo da Vinci in the Western Hemisphere, the gallery hosts special exhibitions. Through Jan. 21, the Gallery’s East Building is illuminated by “Vermeer and the Masters of Genre Painting: Inspiration and Rivalry.” This show weighs the artistic exchanges between Johannes Vermeer and his contemporaries between 1650-1680 by comparing and contrasting almost 70 works (including 10 by Vermeer) by theme, motif and composition. One wall features rowdy tavern scenes, on another, young women playing keyboards, and on another they feed pet parrots. It’s up to the viewer, as it was almost 400 years ago, to delight in the virtuoso details.

The newest addition to the Smithsonian Institution is the National Museum of African American History and Culture, which opened in the fall of 2016. The museum has received capacity crowds ever since. The building sits closest to the Washington Monument near the National Museum of American History, and is itself an architectural treasure. Designed by David Adjaye, the shape nods to three-tiered Yoruba crowns and a welcoming Southern porch. The exterior is wrapped in an aluminum corona inspired by ironwork forged by African-American slaves in Savannah, Charleston and New Orleans. Inside, 36,000 objects tell the story of the African-American experience from the origins of the slave trade to present day. Shackles for children, Harriet Tubman’s Bible, Emmett Till’s coffin, Chuck Berry’s crimson Cadillac and Oprah Winfrey’s couch are there to view.

In November 2017, Washington welcomed another new museum that encourages reflection and celebration: the 430,000-square-foot Museum of the Bible. This private attraction is a technologically sophisticated experience, complete with Epcot-style motion simulation ride, Washington Revelations that “flies” riders over the city in search of Biblical references on D.C.’s skyline. For anyone interested in Western culture, it’s an absorbing experience. For Evangelicals, it’s a must-visit destination where families can immerse themselves in the influence of the Bible as a day to learn, dine or catch a show in the state-of-the-art 472-seat theater. Gift shop items range from a $1 postcard to a $125,000 necklace.

There is no shortage of thought-provoking conversations between Jan. 15-Feb. 15, 2018, when the Women’s Voices Theater Festival brings one new play by a woman to a consortium of playhouses across Washington. Locals love live performances – hold your jokes about politics – and D.C. has more live theaters than movie theaters and many within walking distances. During the festival Ford’s Theatre is staging “Jefferson’s Garden,” by Timberlake Wertenbaker and Woolly Mammoth presents “Familiar,” by Tony Award-winner Danai Gurira, known to many as the fictional character Michonne on the TV show “The Walking Dead.”

Eager for a new adventure? Washington celebrated the opening of a new neighborhood in October 2017. The mile-long stretch along the southwest waterfront is an entertainment district and an attraction in itself. This $2.6 billion, 24-acre riverfront development features three hotels (Canopy by Hilton, Hyatt Place and InterContinental Washington, D.C. – The Wharf) and more than 15 restaurants.

The development also has four piers, a high-speed water taxi system, a free shuttle boat connecting the Wharf to the nearby Potomac Park, and a yacht club. It’s a game changer and will come into its own this spring when most of the restaurants will be open for indoor/outdoor dining across the Washington Channel.

The Wharf will make an excellent base for exploring the famous blossoming cherries and other fruit trees in the spring. As delightful as Washington can be in the winter, the capital is in full glory during the National Cherry Blossom Festival, March 20-April 15. 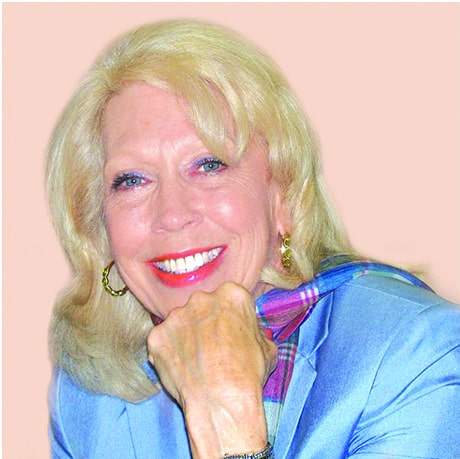 LOCAL Life asked Hilton Head Island resident Nancy Lee Honey-Marsh to share a few hidden gems from the “The District.” The longtime travel professional lived outside of Washington D.C. for 35 years and frequently returns to visit.

Vietnam War Memorials When the Wall, which designed by architect Maya Lin was dedicated in 1982, over 58,000 names were engraved on it. Allow plenty of time to reflect on the brave soldiers who gave their lives for our freedom. Ten years later, Glenna Goodacre’s poignant Women’s Vietnam Memorial was dedicated nearby, honoring women, many of them nurses who served.

Smithsonian Air And Space Museum It’s no wonder this museum is the second most visited in the world. With its history from the Wright Brothers to Apollo 11 and Satellites, this amazing structure explores the history of air transportation and its impact on the world.

The National Zoological Park For animal lovers, there is nothing more fascinating than discovering the 1,500 animals at the Zoo. Be prepared to be amazed by the astonishing cat family. From endangered species births to reintroduction to the wild, the zoo has reached many milestones since its founding in 1989.

The Capital Grill A brilliant view of the Capitol Building and mouth-watering steaks are only a few amenities this upscale spot at 601 Pennsylvania Ave. NW offers. Choose a cozy booth, or one of the comfortable lounge tables in the bar and discover the delights its clientele have enjoyed since 1994.

The Dubliner This vibrant, fun-loving Irish delight has entertained locals and visitors for over 40 years. Serving delicious comfort foods, such a cottage pie and beef stew, it is considered an institution on the hill. Live music and people watching add to its popularity and make it a unique experience.

Obelisk In this simple but elegant venue near DuPont Circle, enjoy an amazing 5 course (prix fixe) Italian dinner on Tuesday-Thursday ($78); and Friday-Saturday ($88). Nestled in a quiet townhouse in 2029 P St. NW, look for the menu posted outside, instead of a noticeable sign. Everything is made from scratch on a daily basis.

The Fairfax Embassy Row With reasonable rates, ideally adjacent to DuPont Circle, The Fairfax is only two blocks from the metro, which provides easy access to the National Mall, Lincoln Memorial and the White House. An energizing breakfast buffet in the newly renovated Capitol Room will give you a jump start on the day.

The Jefferson Born from a 1923 Beaux Arts apartment building, transformed in 1955 to a gracious hotel, and renovated in 2009, The Jefferson has emerged as Washington’s finest historic hotel. A classic marriage of notable antiques, artwork, original, signed documents and modern-day luxury makes this gem unforgettable. 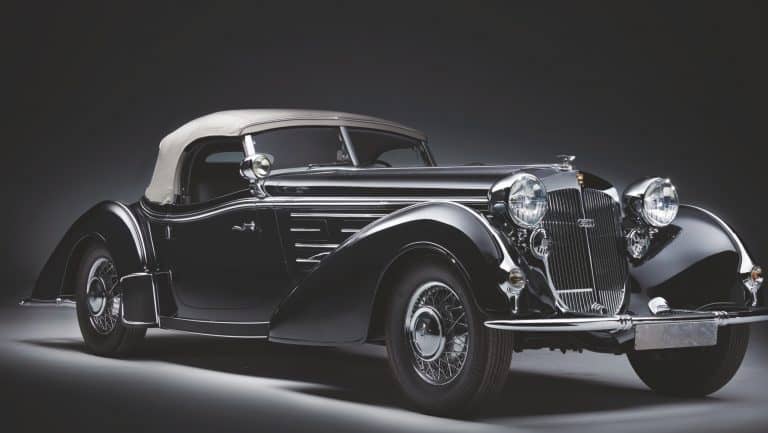 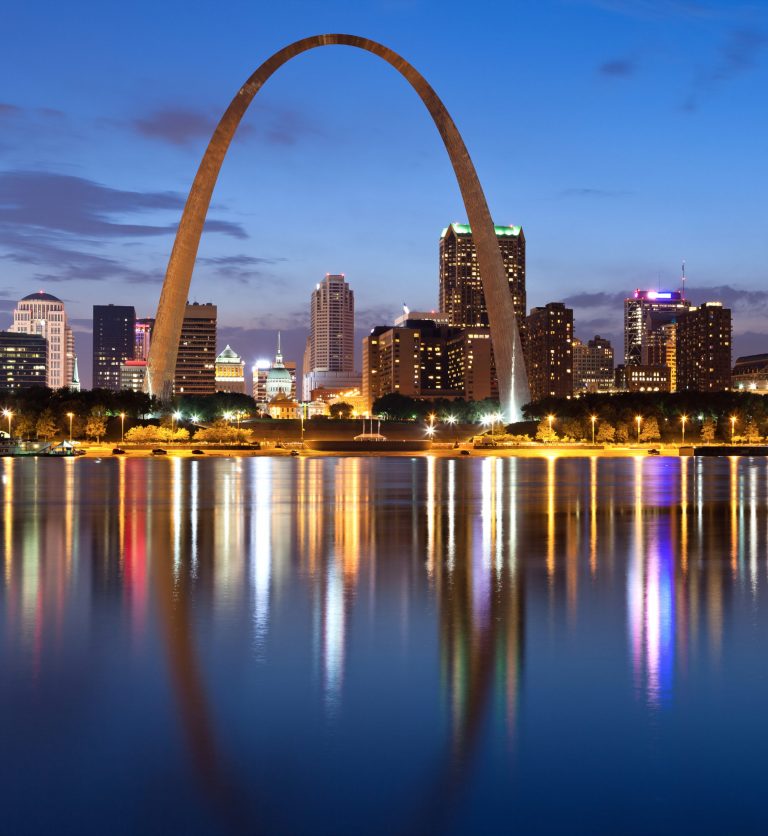 The Gateway to the West is now an easy flight from SAV. By Sophie Powell From the newly rejuvenated downtown… 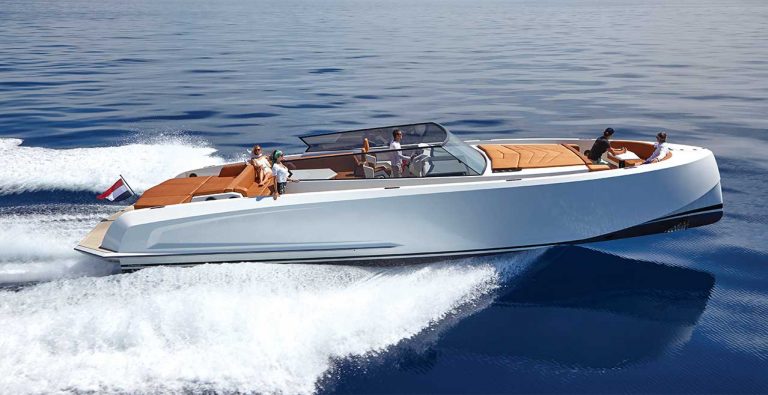 Netherlands-based builder Vanquish Yachts has taken the luxury speed-boating market by storm with its high-end, high-performance motor yachts. The company…