The very sound of the name “sea island cotton” conjures all the allure of this fabled cloth: ease, luxury, the silky touch of breezes and sunshine on your skin. Once the wealth of the Lowcountry, it continues to be a mark of prestige today. There’s a lot of history there, and not all of it is soft.

Gossypium barbadense, one of several species of cotton, is a tropical in the mallow family. Its cream-yellow blooms with blood-red centers are reminiscent of okra and hibiscus. The bolls pop open to reveal sumptuous silken snowballs that make ordinary cotton seem coarse. Originating in Ecuador and Peru, it was cultivated as early as 6,000 years ago, according to carbon dating. Native Americans were growing it in the Caribbean when Columbus arrived, and by the 1800s it had become a major commercial crop throughout the islands. The soft feel of British high society’s undergarments contrasted sharply with the blistered backs of the slaves. G. barbadense, with its distinctive black seed and fine, long-staple fibers, would become a lucrative crop in many parts of the world. Today’s famous high-end cottons — Pima, Supima, Egyptian — are all different varieties of it.

When the indigo market collapsed after the American Revolution, Lowcountry planters needed a new product. William Elliott II of Myrtle Bank Plantation on Hilton Head experimented with G. barbadense, successfully raising the first crop of what became known as sea island cotton. In the mild, subtropical micro-climate of the barrier island chain stretching from Charleston to North Florida, these exotic 8-foot-tall bushes could reach maturity and harvest, whereas even just a little inland the killing frost would cut them down. Consequently, planters throughout the South took to growing “upland” cotton, a different, short-stapled species that became easy to produce, thanks to the cotton gin, but was considered of inferior quality. Meanwhile local planters cornered the specialty market of sea island cotton. The fibers were at once delicate and tough, allowing them to be spun out into a long, exquisitely fine thread that caressed the skin like no other. Planters competed to see who could produce the longest (by some accounts up to 160 miles!), and they would carefully save seed to become renowned specialists in what accounted for just a few percentages points of the cotton market, yet fetched ten times the price of the common variety. Unlike its upland cousin, sea island couldn’t be mechanized, so its success relied even more heavily on the forced labor of millions of Africans and Black-Americans. 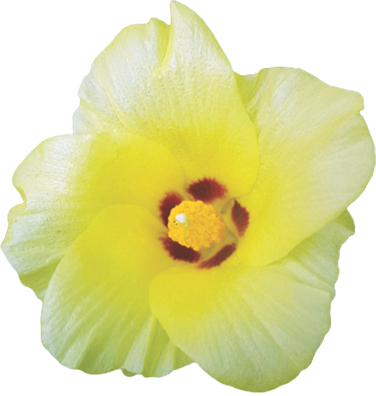 But no glory lasts forever — following successive blows of the Civil War and the boll weevil, sea island cotton was all but exterminated. Modern enthusiasts had to trace mysterious clues back to a sampling of seeds that was sent to a special facility in Texas in the 1920s to crossbreed it with another variety to create the closest modern descendant of the legendary crop. Some folks are trying to bring it back as a novelty item, much as there has been a resurgence of interest in indigo and Carolina gold rice. And though it will never bring the fortunes it once did, the name “sea island cotton” is still indicative of opulence. One modern luxury brand claims that while every year the world produces 100 million bales of cotton, only 150 of them are sea island cotton — but this rare product is coming out of Antigua, Barbados, and Jamaica, not Amelia, Beaufort or John’s Island.

Oh, and in case you’re wondering, a pair of this company’s plain white men’s boxers, like that worn by James Bond in The Man with the Golden Gun, as they proudly boast — will set you back $205. LL