Big Brother co-stars Angela Rummans and Tyler Crispen are enjoying their new life together on the island they love.

After a few years away, Big Brother contestants Angela Rummans and Tyler Crispen are officially locals once again. The two reality TV lovebirds grew tired of the high rents and fast-paced lifestyle of California, so they purchased a home on Hilton Head Island.

The two met with LOCAL Life at the beach to discuss their relationship, career moves and their new lives as locals.

[LOCAL Life] What brought you back to Hilton Head? [Tyler Crispen] The gears just started turning once the perfect house popped up. We asked ourselves, “Why are we looking anywhere else other than Hilton Head?” We know this place like the back of our hand. She grew up here. I was a lifeguard here for five years. It just kind of clicked and we found a house.

[LL] What did you miss most while you were away? [Angela] Literally everything. The food, the beach, the people, the Southern hospitality. [Tyler] The people here are just amazing and the beaches out here are 10 times better. [Angela] Nothing compares to them, honestly. Not to offend the West Coast, but the beaches here are so much better! [Tyler] No, I’ll offend the West Coast. I guarded these beaches for five years and these are the best beaches in the world!

[LL] What are your favorite date spots on the island? [Angela] Oh gosh, we are total foodies, so there’s quite a bit. I would say my favorite Japanese would be Hinoki and my favorite ambiance place would be the Boathouse. [Tyler] I love Holy Tequila. We could go on all day about the restaurants on Hilton Head. They’re world class. We were saying we need to find a new date spot, and we were like, “Well there’s so many, why don’t we just do a different one every day of the year?” There’s no shortage.

[LL] If friends and family come to visit, what places will you take them? [Tyler] I’d go to the beach; you have to go to the beach! My favorite thing to do is just hop on bikes and go up and down the beach and do a bar crawl. Do a restaurant crawl; you can get a little appetizer every time. That’s always been my favorite thing to do when people come to visit. I love doing that!

[LL] Last time we talked to you both, you mentioned how you wanted to grow a brand together. Tell us a bit about your company, Naut & Chain. [Angela] We started Naut & Chain this past June. The vibe is beach- and nautical-themed jewelry. There’s our fine stuff and then there’s our signature pieces that are a little more affordable, so we have a little bit of everything. [Tyler] We had this fan base that started following us from Big Brother, and we felt like we were just putting content out there for them to see but to have a brand to attach to your name, it’s literally like having a kid. We’re able to share this with our followers, and they’ve been so responsive to it. It’s like being able to like express ourselves in a creative way with our following instead of just posting pictures and videos. [Angela] It’s cool because we have different roles in the business. I do a lot of the handmade tedious stuff and he’ll do other things that I literally could not force myself to do, like shipping for example. [Tyler] We’re a team. That’s teamwork!

[LL] Describe a typical fun day you have here. [Tyler] We just got these awesome new bikes. [Angela] That’s what’s so cool about this island; there are bike paths that go everywhere. Anywhere you want to go, it’s like you either hop on the beach and get there or there’s like a thousand little bike paths. [Tyler] Hilton Head’s so much better than L.A. You feel like you can actually get out and explore and have a little bit of nature, a restaurant to go to, you can do your own thing, relax on the beach. It’s a perfect place. Can’t say enough good things about it. Big Hilton Head fans here!

[LL] What’s the next step for you, personally and professionally? [Tyler] We’re trying to really mix a little bit of both. Ever since we got off the show, anybody who’s coming to Hilton Head is always asking us what do we do on Hilton Head. What are the good spots to go? So now that we’re here, we’re really trying to ramp up tourism to Hilton Head in a natural way because we know this place like the back of our hand. So now that we have this platform, we’re able to share this place with people who might not have seen it before. We love this island so much, so if there’s any way we can help the island with our platform, we want to do that. It’s kind of a good way to mix personal and professional. 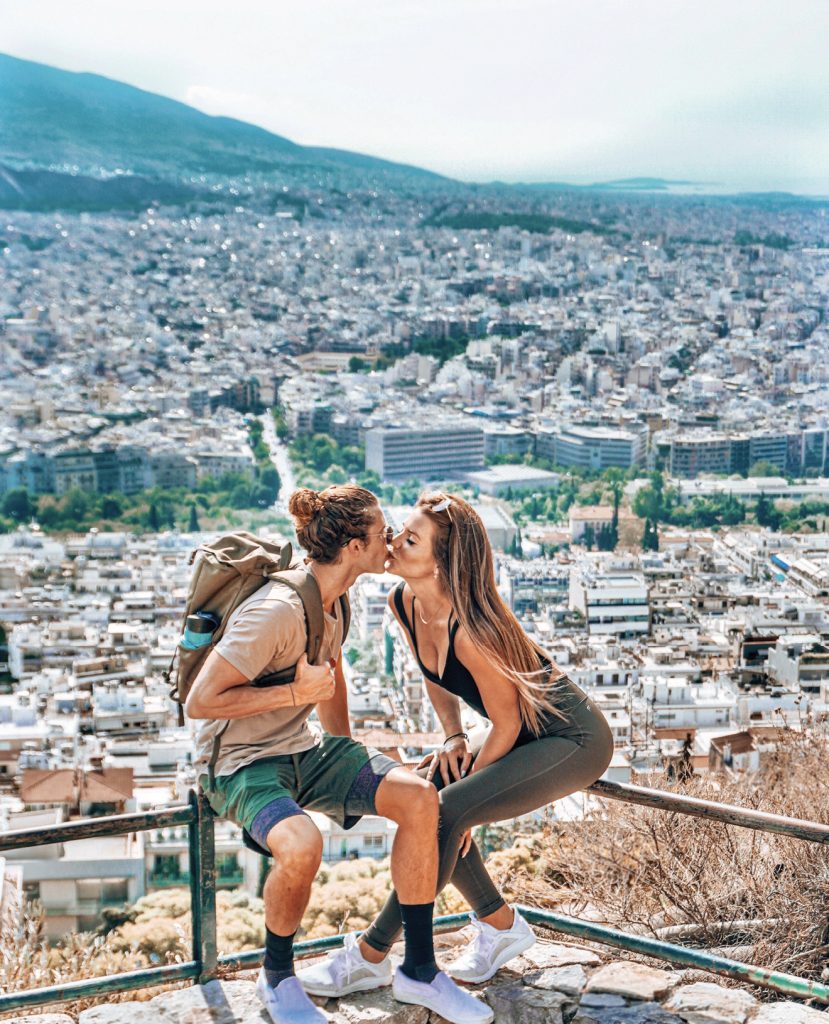 [LL] Being almost two years out, do people still come up and recognize you both from Big Brother? [Angela] Yes. We were at this event the Chamber put on called Taste the Season, and there were a couple of people that recognized us from Big Brother. Everybody who recognized us was so nice! [Tyler] I think it goes to show how awesome of a season we had. It’s hard to tell when you’re in the house if it’s a good season but like I said, our cast was just amazing and the fact that people come up is such a blessing. Two years later almost, it’s crazy now it’s all come full circle that we’re back on Hilton Head and everything. [Angela] There are some fans that I can tell they still see us as characters on a show and that’s the only time I was really bothered by the fans, when they didn’t see us as people, but everyone on Hilton Head has just been so nice, so respectful, and so genuine. [Tyler] They’re like, “You’re our hometown heroes,” and that’s the coolest thing I’ve ever heard.

[LL] Are there any future plans or projects? [Tyler] We have such a deep connection to Hilton Head that we have this series planned called The Staycation Series. We’re going to try to show the best of the island; the best hotels, resorts, restaurants and things to do. [Angela] If you’re a 20-year-old and you want to go out and party, we can give you some suggestions, or if you’re a family with kids, we can steer you in the right direction because we know this place so well. We just started a YouTube channel called Tangela Inc., and we just posted our first little vlog about how we just moved and how we’re going to do some of our personal touches on our house. We have a lot of plans for Hilton Head and making our home our home.